If it quacks like a duck is it still a duck? 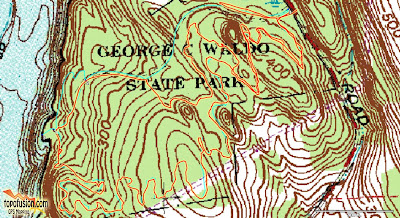 Maybe it is but the new Daffy Duck trail at George C Waldo State Park is far from daffy! Headed over to Waldo Sunday morning to check out the new Daffy Duck Trail and the changes to the trail from the storm damage of a couple of weeks ago for the Tornado that wasn't. Before starting my ride I ran into a former co-worker of mine, Alison, who lives just up the road and was out walking her two, great big Samoyeds. These dogs were as big a polar bear cubs and stank like skunk because they chased one down and killed it. 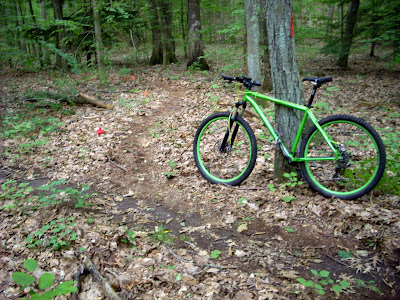 If you read any of my earlier posts from the previous week you might notice that I haven't been riding my diSSent Single Speed because my friend Thom, who lives in Lyme, basically rebuilt my Soul Cycles Dillinger into a geared hard tail and I just can't get over how much fun it is to ride with gears again.  So now I am determined to ride everywhere I have ridden with my Singlespeeds over the past two years with the new bike to see what I have been missing.  The ride at Waldo was no exception because having gears let me zip up stuff that I would normally chug up only have one gear to pedal and power through the flat areas. 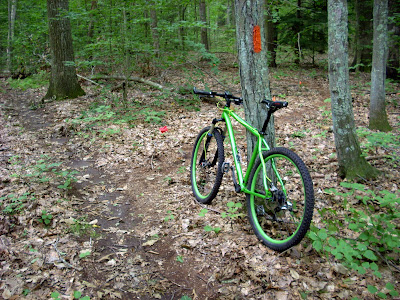 There was a new reroute along the part of the trail after my little up-and-over that I built so long, long ago because so many trees were down in this section made it impossible to clear. Too bad because this was a challenging section to ride. 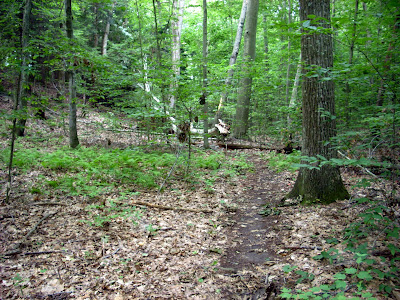 So, you won't be hitting the up and over until something can be done to the downed trees.  Might be looking at a cool and challenging feature but that won't be until winter because it's too buggy to work in these woods right now. 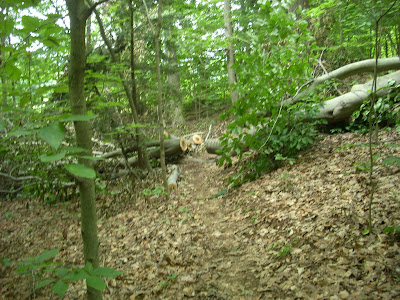 This beech was opened enough to allow bikes, however, it appears that the upper part of this log isn't going anywhere along with part of a chain saw. 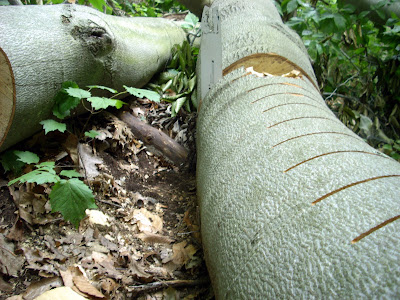 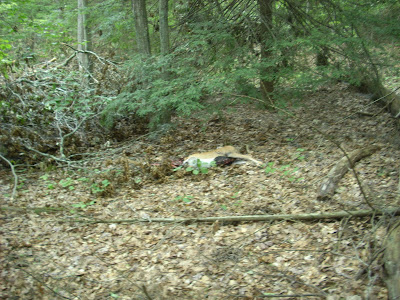 There was stench further down the trail that could only mean a dead animal.  Turns out there is a dead deer 5 feet off the trail.  You never see deer like this dead so deep in the woods so my guess is that it was poached but the poacher never caught up to it and here is where it died.  It would be cool when there are just bones to put it back together right off the trail. 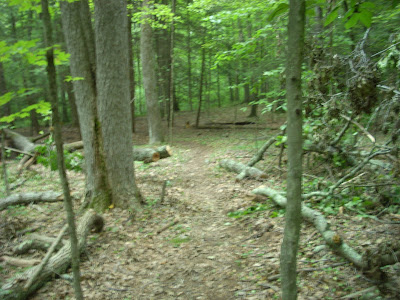 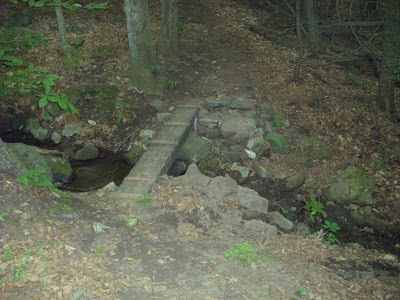 Now this is interesting, it looks like someone is getting ready to put in a new bridge.  Doubt there are any freeriders that would try to gap this.  I cleaned the thin bridge this morning. 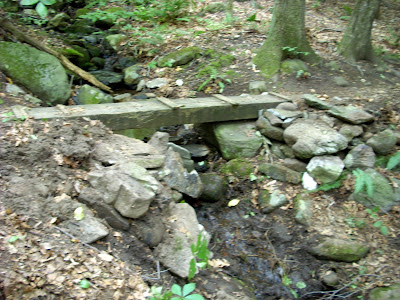