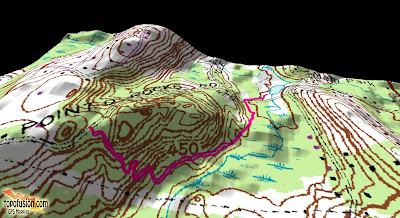 Since riding is not happening, the next best thing is to either go snow shoeing or XC Skiing. I decided to try and get two for price of one, snow shoeing at Point of Rocks and XC Skiing at Fairfield Hills. I headed over to the Newtown Open Space off of Deep Brook Road (parked at Dickenson Park) around 2 PM, got suited up and headed up the trail. It was all virgin powder. 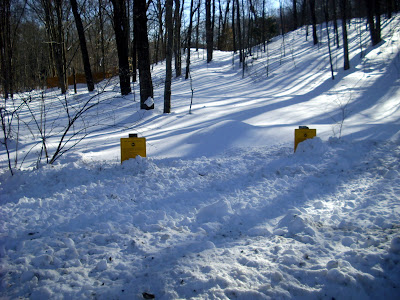 I lost the trail a few times on the flat section between the Deep Brook Road and the power lines mainly because it's poorly marked, but once at the stonewall I knew the [proposed] trail like the back of my hand. I have been trying to get approval for a modification of the existing trail so that it's sustainable, rather than having the existing trail go up and down a fall line, but the Town Conservation Commission has been having a hard time approving it. I think the mistake I made is including the existing trail in the proposal. Once I take that out of the equation, I don't think there will be any issues. 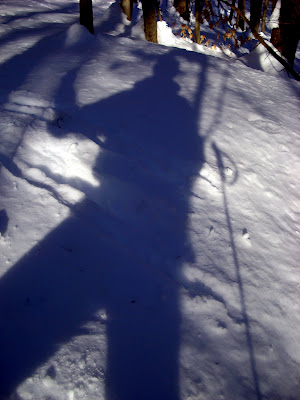 The climb up the switch backs that I have laid out were nice. Half way up I had to shed a layer and open all the vents because I got really hot.  It was nice coming back and seeing the place equalized by the snow.  Existing trails/old paths really stand out in the snow.  While the Point of Rocks trail from Deep Brook Road to Point of Rocks Road is one 7 tenths of a mile, the idea is that the other 100 or so acres that the town now has rights to can be opened for trails. 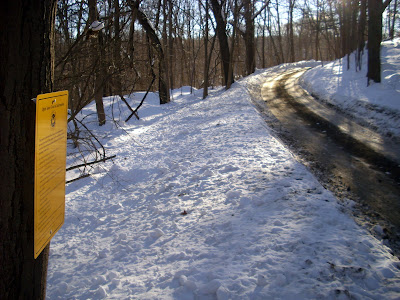 Email ThisBlogThis!Share to TwitterShare to FacebookShare to Pinterest
Labels: Point of Rocks