To kick off the first post for the new blog (really just a name change) I thought I would share this tasty morsel found on the Upper Gussy Trail, which embodies the true meaning of Multi-Use. 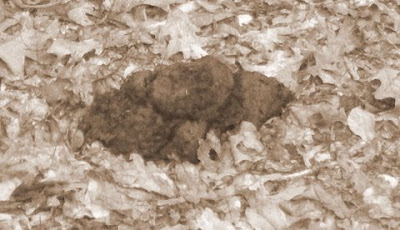 In comparison to the Qball, this is quite a hunk of Equidae Excrement! The trail at this point is only defined by the impressions that people have made by walking it and the numerous times I have ridden this trail but I do have to applaud the horse for it's aim, right in the middle of the trail. 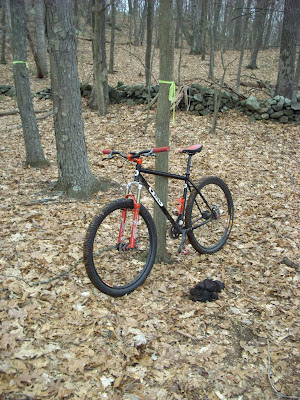 What I don't get is, did the horse stop to take a dump or did the rider stop to get his or her bearings and horse thought to itself, hmmm, wouldn't this be an excellent time to take a dump? By the size of that mound that looks like a big horse! Can you tell by the size of an animal's dootie how big it is? The Massachusetts Division of Fisheries and Wildlife has a pretty good example of bear scat. Looks bigger than a dog, although I have seen dogs drop pretty big turds before. I guess it's all in what they eat.

Since bears are foragers and opportunists, their poop size is probably relative to the amount food they intake. Compared to domesticated animals like dogs and horses, who get their their three squares a day. Those big poops are signs of living high on the hog! I think it's safe to make this comparison because just look at Deer poop. That's a pretty big animal but look what it eats all day, basically what ever it can find, and it's droppings are pretty small in comparison to it's body size.

I couldn't tell whether there was more than one horse on the trail because of all the hoof prints from Cindy's ride two weeks ago but it does appear that the big horse had a little horse companion by the additional poop found further up and to the right of the trail. I consulted an Equestrienne about poop and trail etiquette and he said that in a week or so it will be mostly gone. So we will monitor the big pile and see what happens over the next few weeks. Of course it might get taken care of during the next trail building session. 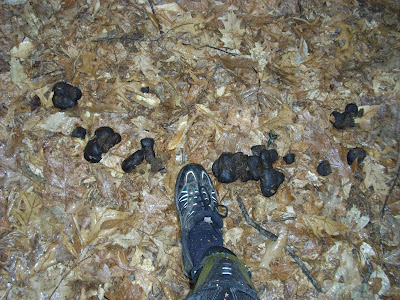 What amazed me the most, however, was the rider's tracking abilities. These riders followed the trail expertly. I would like to get his or her's impression of the trail in terms how it rides for a horse.

Rode the Qball again. It's such a sweet riding bike especially for exploring uncharted terrain where I don't have to worry about my rear derailleur snapping off. 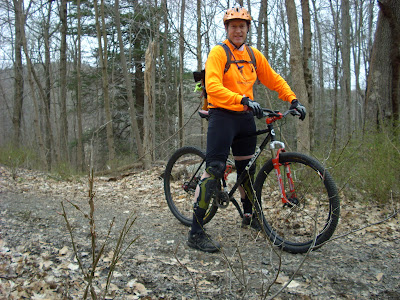 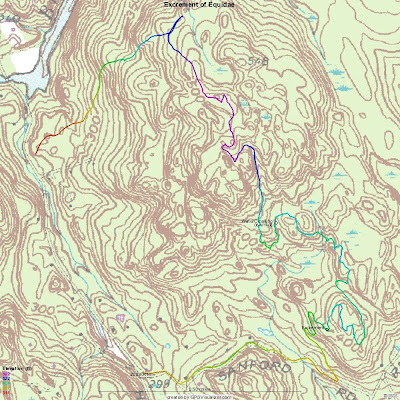 I was about to get dinner but I think I will put it off a bit to shake off that Steaming Mud Pie Blues...