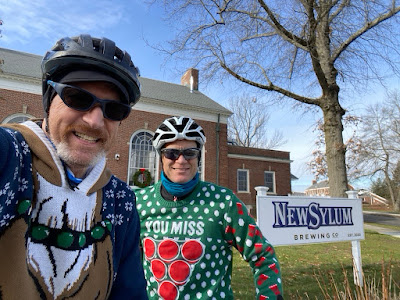 I got this idea from someone in my Tuesday night ride group who rode 12 hills last Christmas. I knew there were quite a few roads in Newtown with the word Hill in their name so I went about identifying all of them. Turns out, there are 38 through roads and three of them are dirt. I mapped all the roads out on a Google Map called Newtown Hills and then came up with a route.
Here is the original route that included:
I met my Brother-in-law, Will at the Newsylum Brewery and let him borrow one of my ugly Christmas Sweaters. We both dropped a layer because a sweater combined with our thermal jackets was going to get hot. Scott met us at the brewery appropriately dressed for the occasion and we headed off. Along the way we did a few audibles to avoid some of the more busier roads. 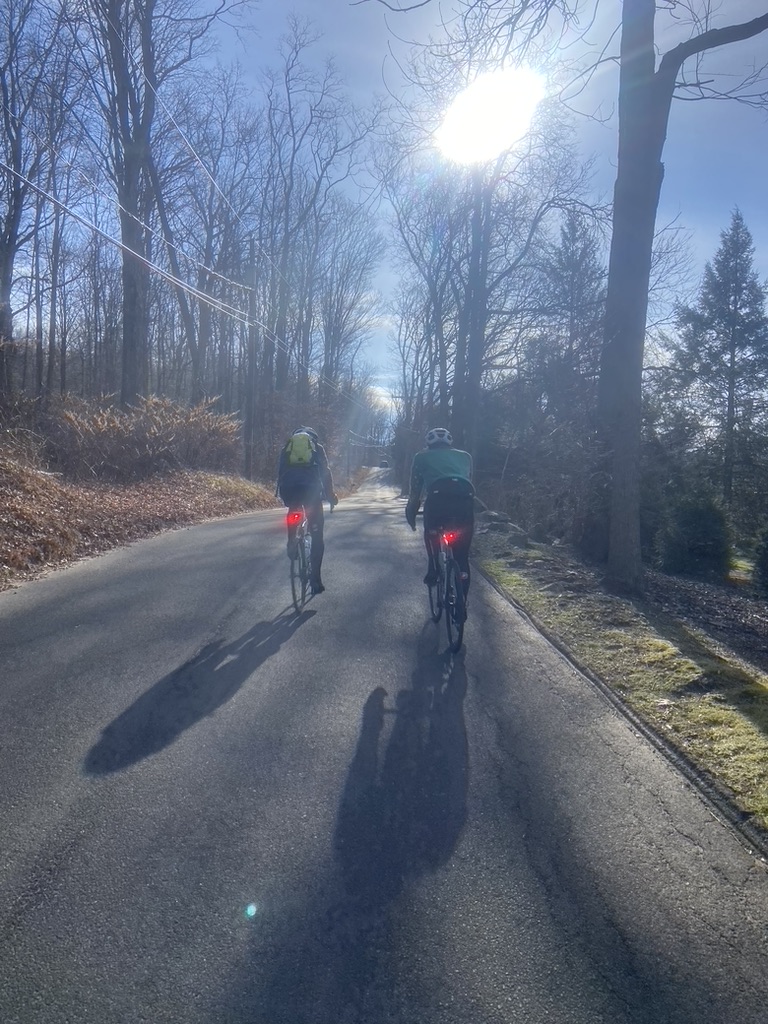 There was some climbing to get to the first Hill but it didn't compare to the steep grade of the first hill on the route, Gelding Hill.  My Garmin said the max grade was 16% but RWGPS doesn't confirm it. 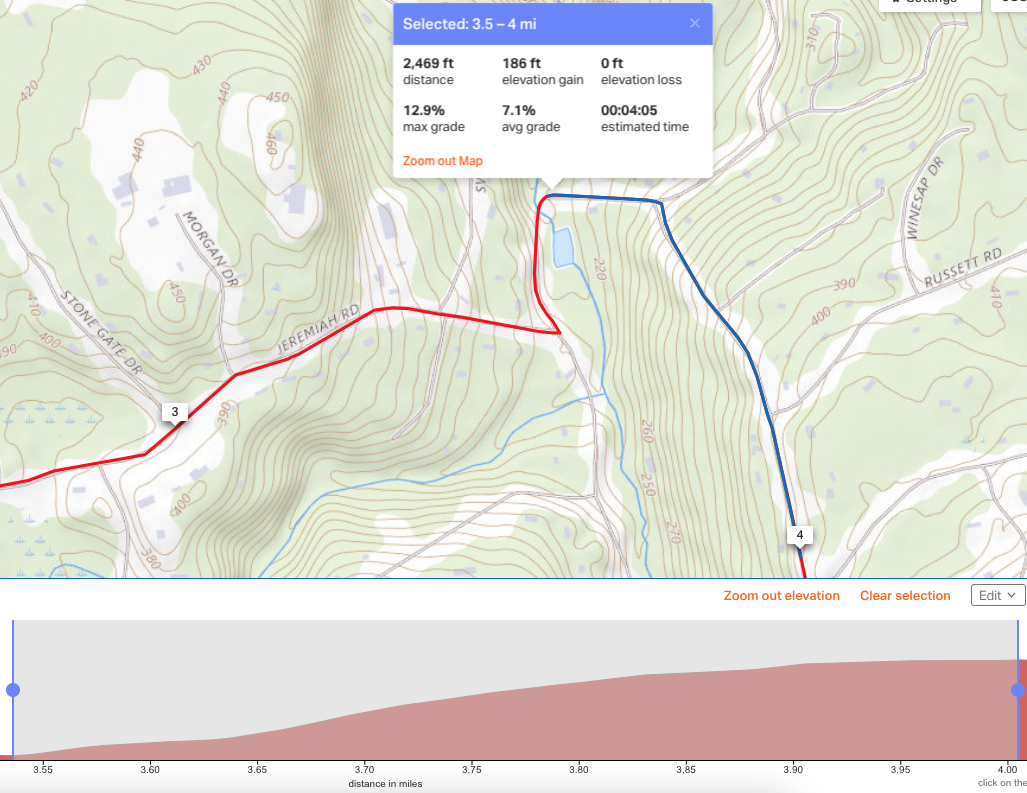 It didn't show up on Garmin Climb Pro but there were grades hitting 16%. 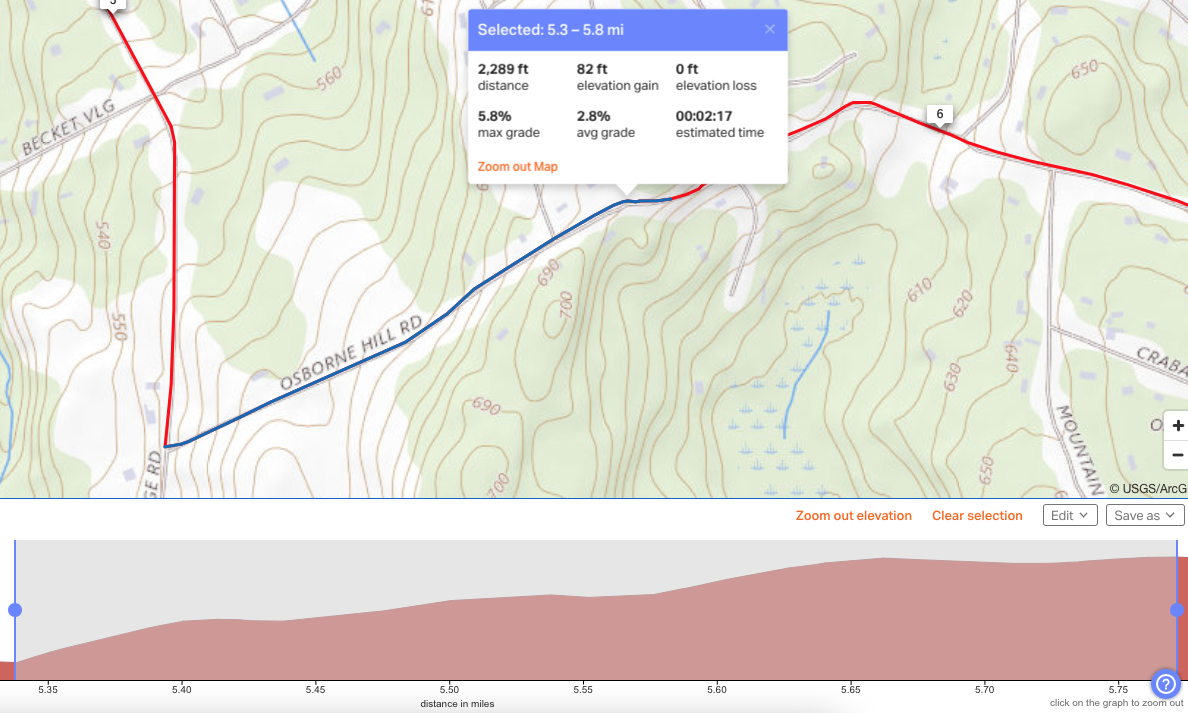 Osborne Hill was next and it showed up on Climb Pro but the app also included Bennetts Bridge, too. 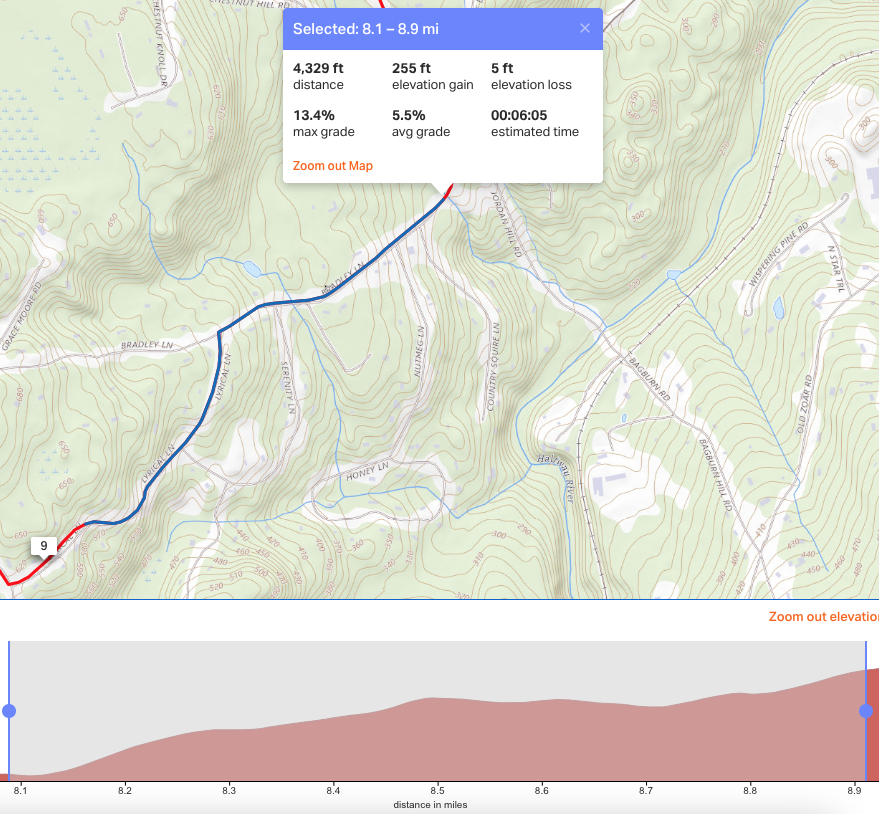 Coming out onto Rt 34 we descended down to Bradley Lane and the start of another climb but since it didn't have Hill in its name it didn't count and it hurt. 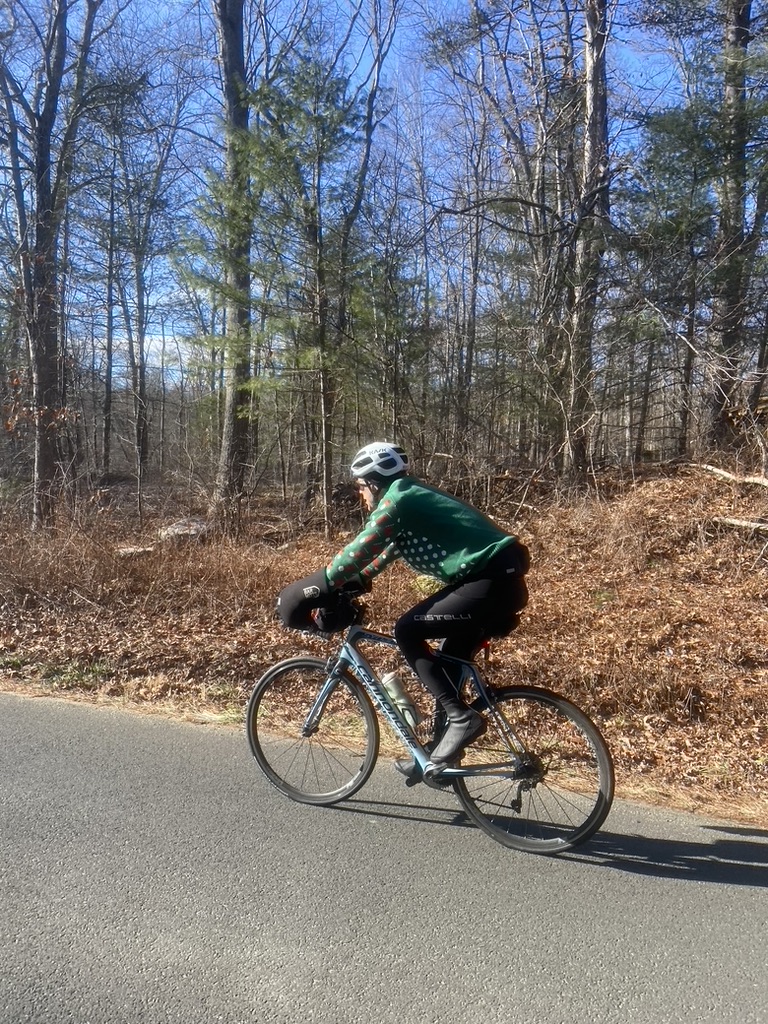 The forecast was for much cooler temperatures and I convinced Will to put his bar mitts on however in the sun it warmed up a lot more than what was predicted. I almost thought they were a mistake until it got cloudy again and the temperature dropped. 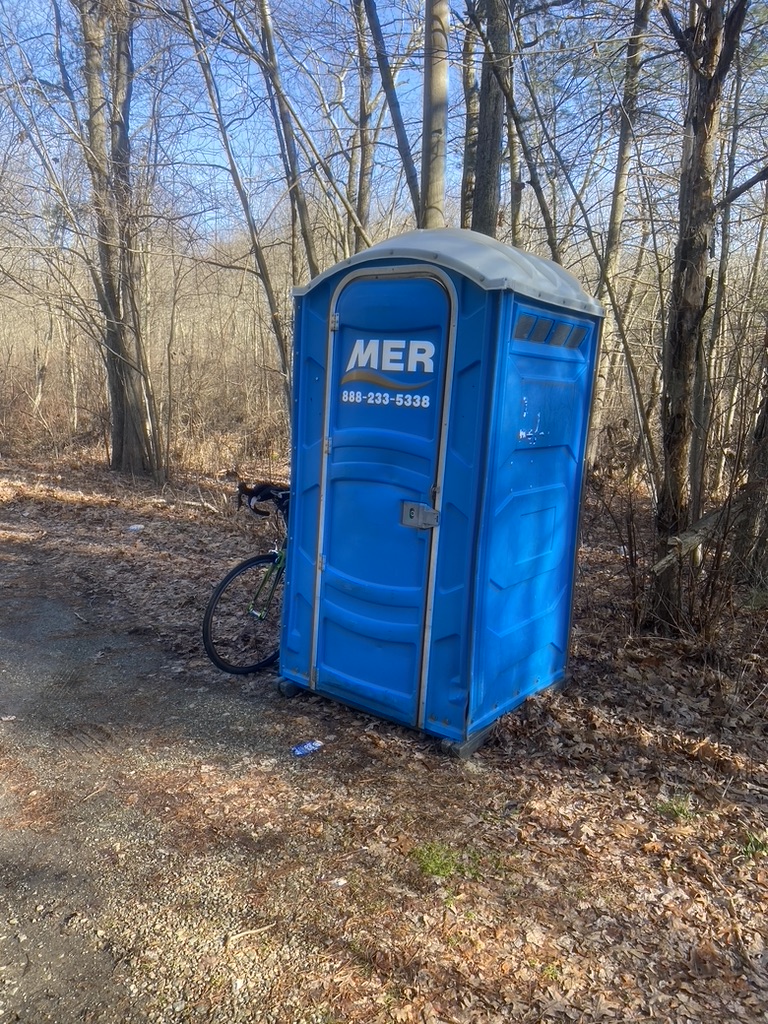 Just before High Bridge we found a porta-potty and of course Scotty needed to stop, and we all ended up needing it, too. 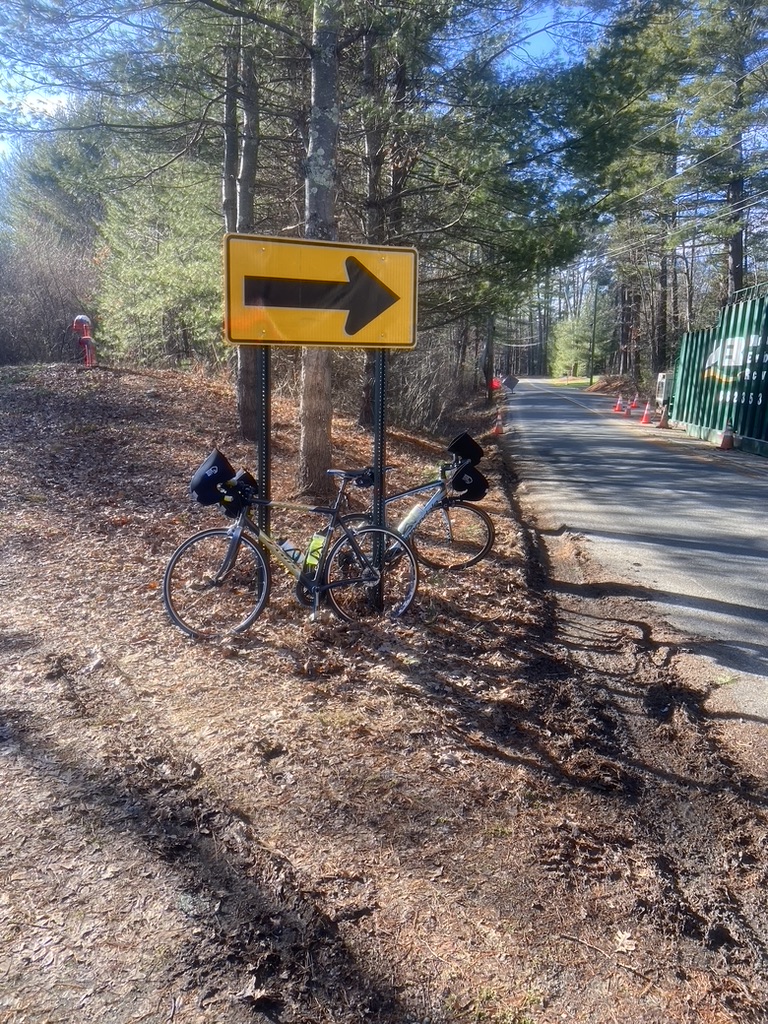 It was also a good time to eat something 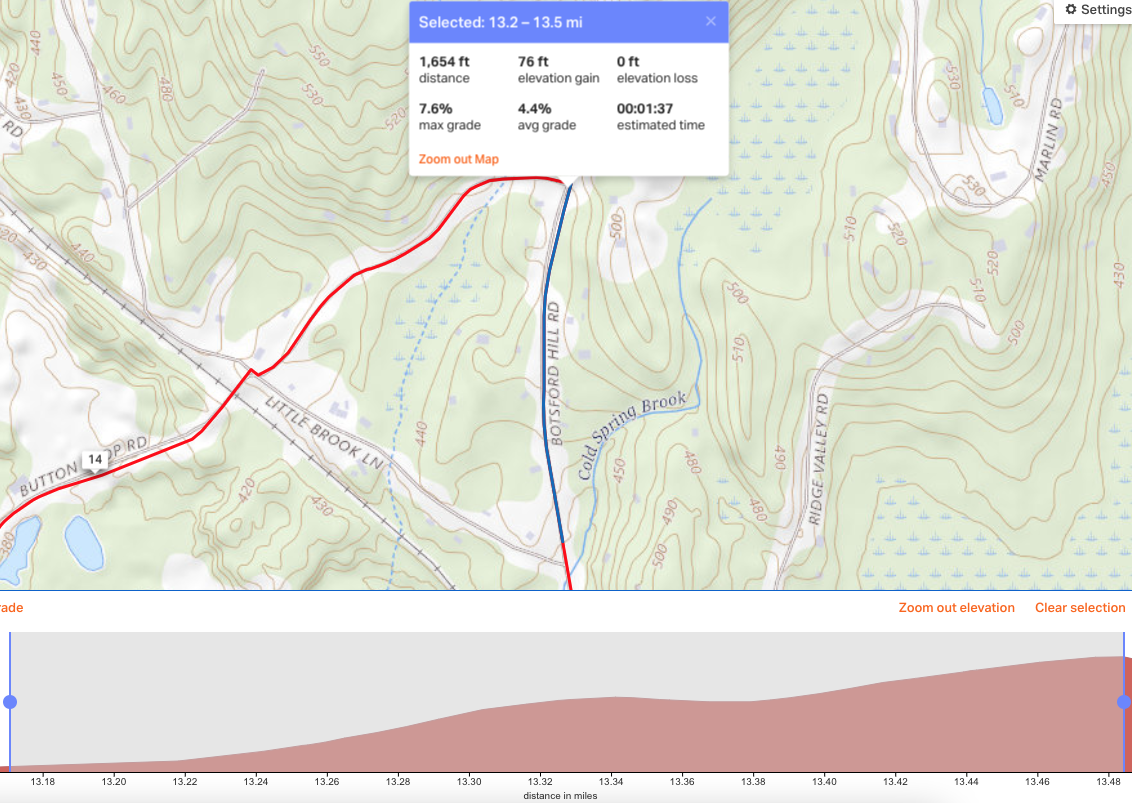 The next hill was Bottsford Hill and it was just a short climb but climb nonetheless and just enough preparation for the next big climb. 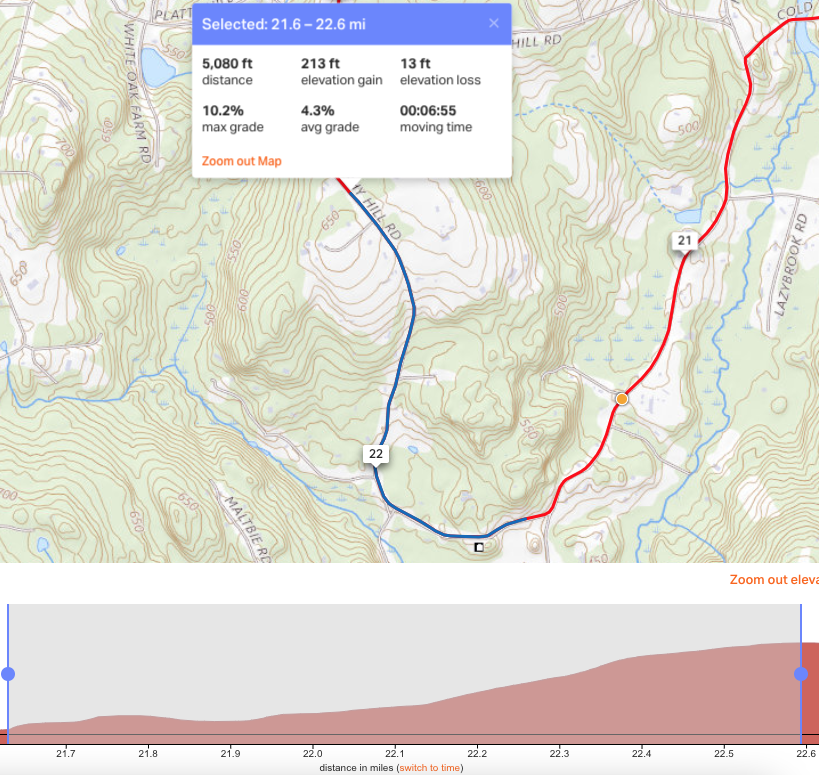 Brushy Hill is a real popular climb and groups from around the area ride to Newtown just to make the climb. On our way up, we passed a few horseback riders, which not uncommon for Newtown. 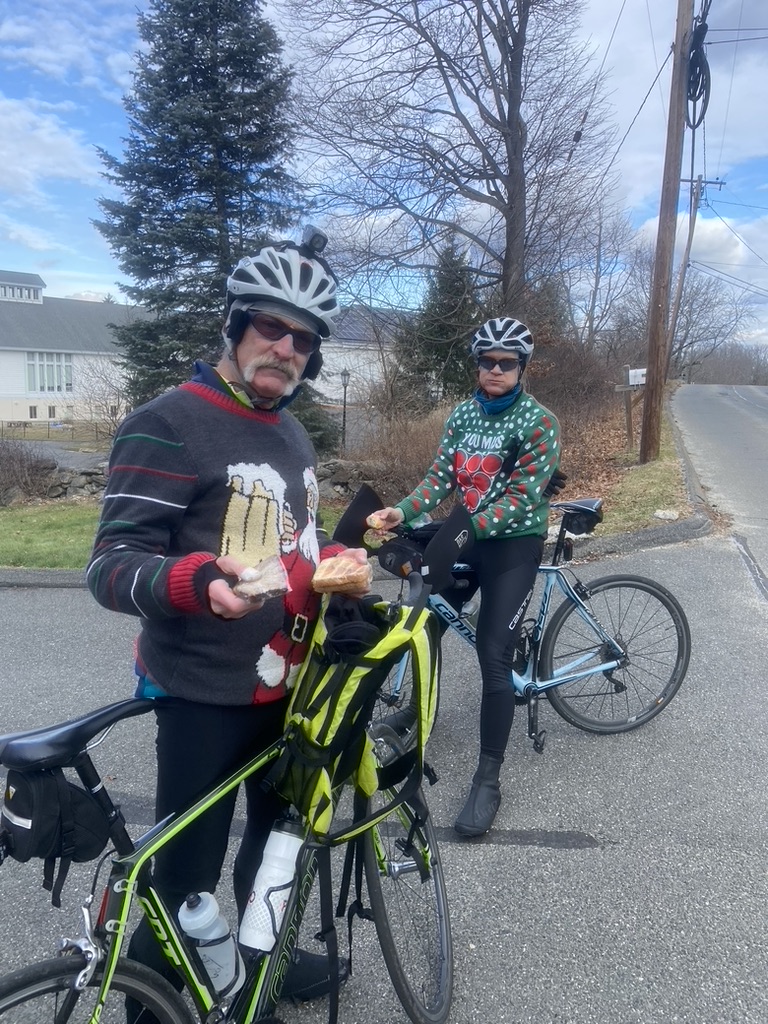 Before tackling Castle Hill we stopped at the top of West Street for a break and some snacks. Scott brough a cornucopia of food and Will and I shared some of his Banana Bread. 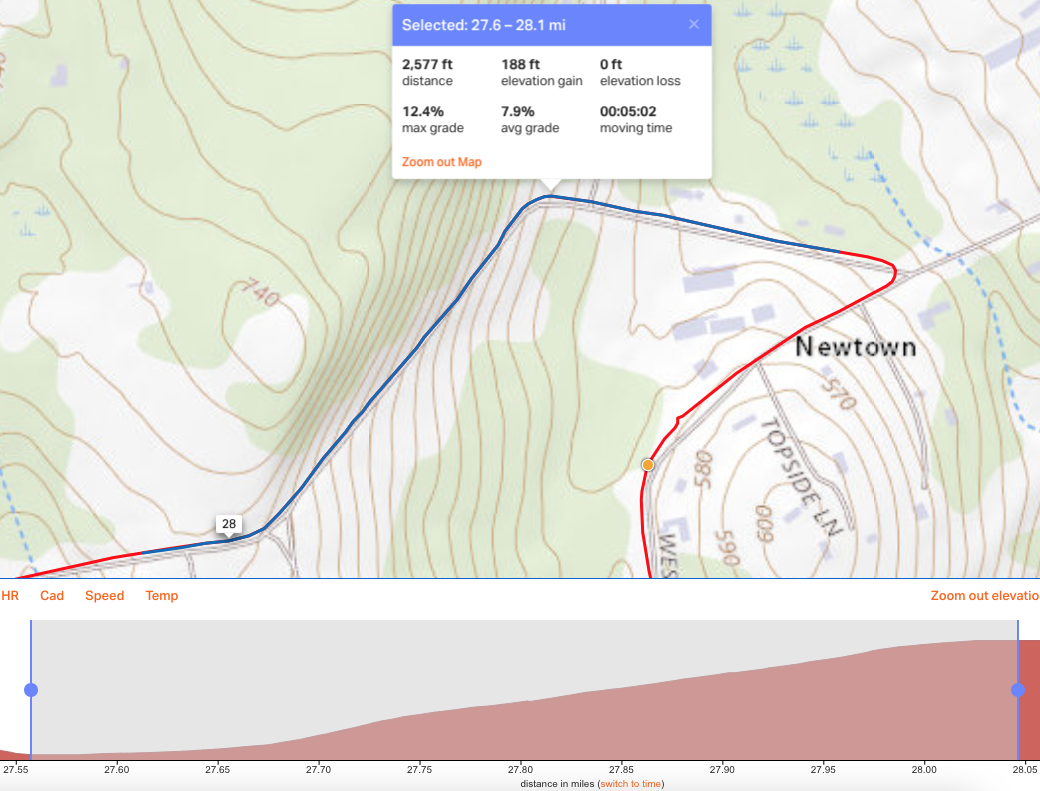 Castle Hill is a venerable favorite 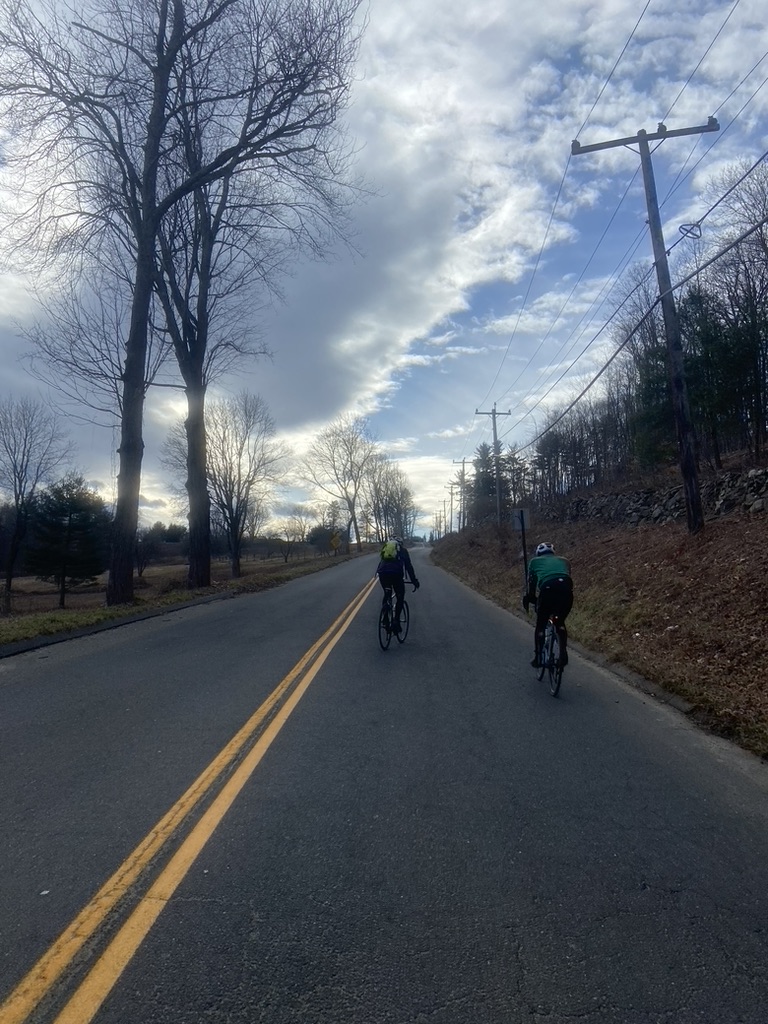 and as the cloud cover increased the temperatures plummeted so good climb like this warmed us up. 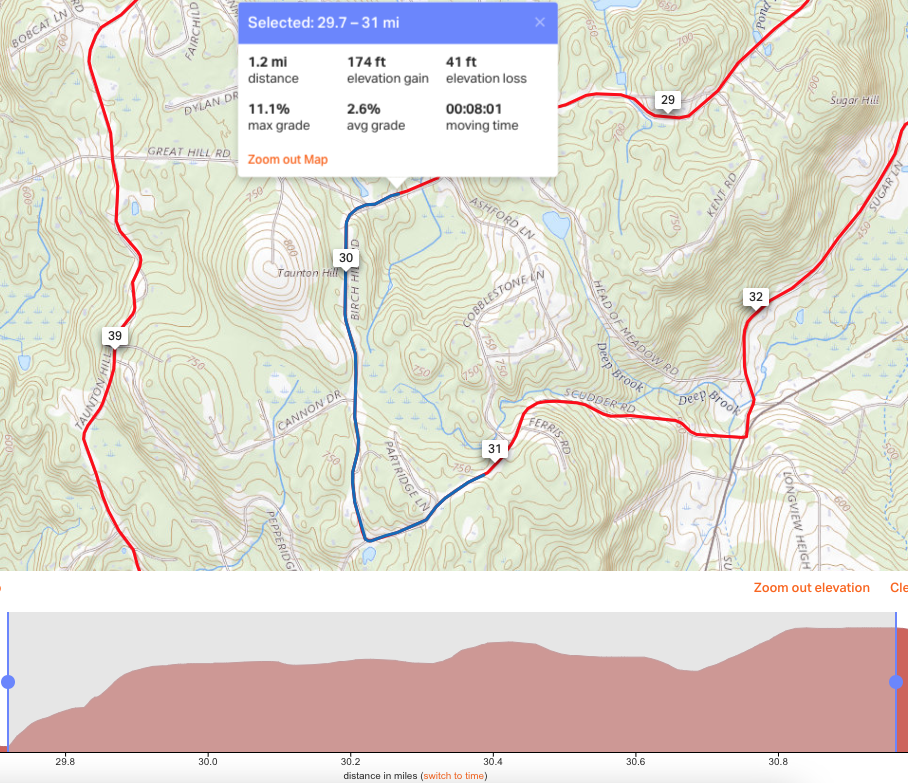 Castle Hill actually goes on for quite of bit. The road changes to Great Hill but I didn't count it as part of the climb because we turned onto Birch Hill. Then comes a fast downhill on Scudder Road. At some point I am going to add all the roads in town not named with Hill to my map.  We avoided most of Rt 302 by riding Sugar Lane. 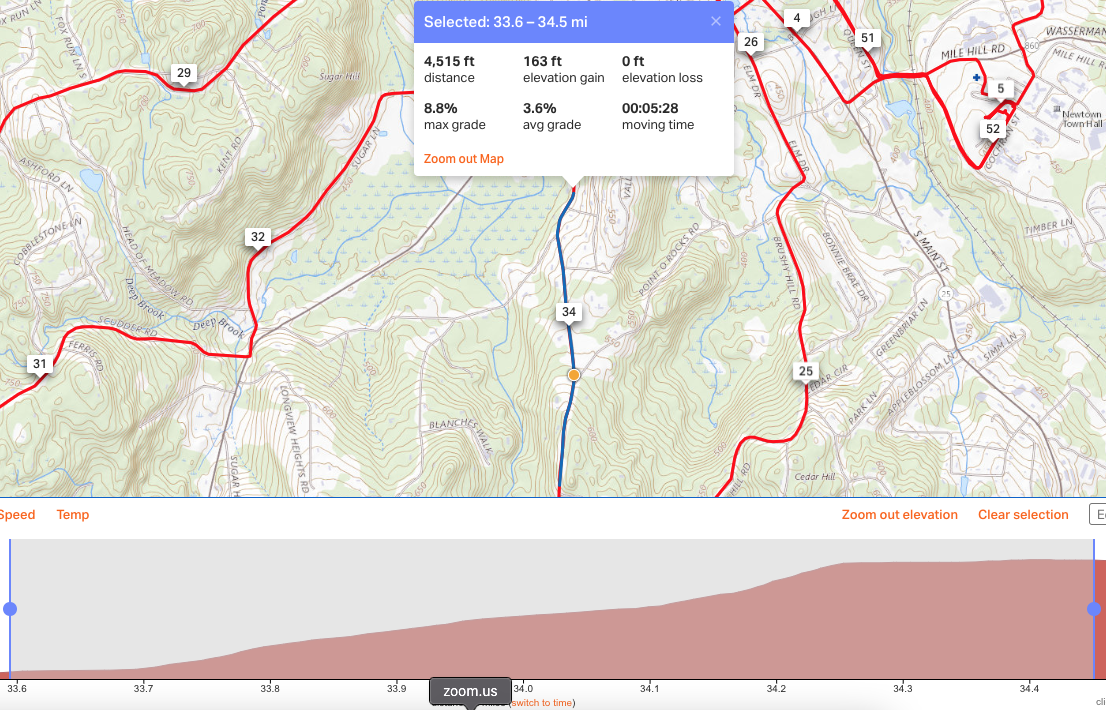 Boggs Hill was next and I used it as a means to an end because I never really think of this road as a climb. After Boggs Hill we were supposed to head down Poverty Hollow and then loop around to Flat Swamp to avoid a lot of Rt 302 but Mr Hanky was holding on line 1 and I wasn't sure if I could continue with him insistently calling me like he was.  We headed straight to Dodgingtown Deli and got some pastry and coffee before tackling the next hill. 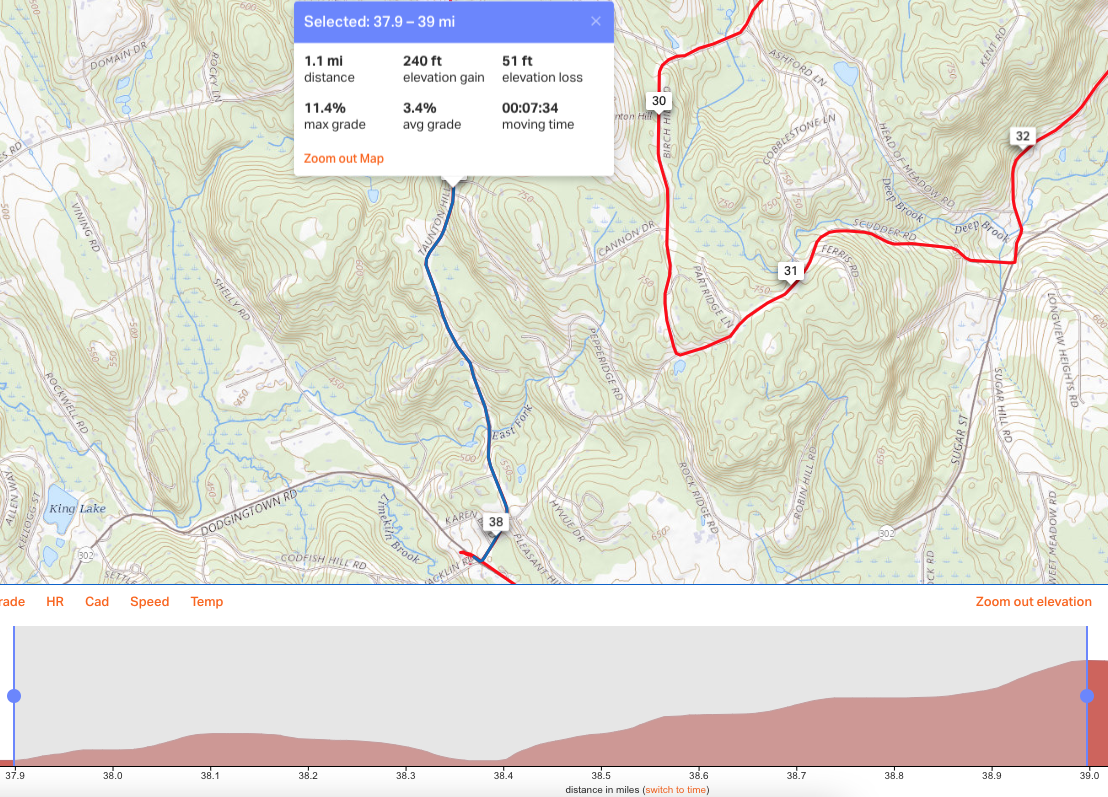 Taunton Hill is also known as the Taunton Steps segment on Strava and is quite popular amongst riders from this area. 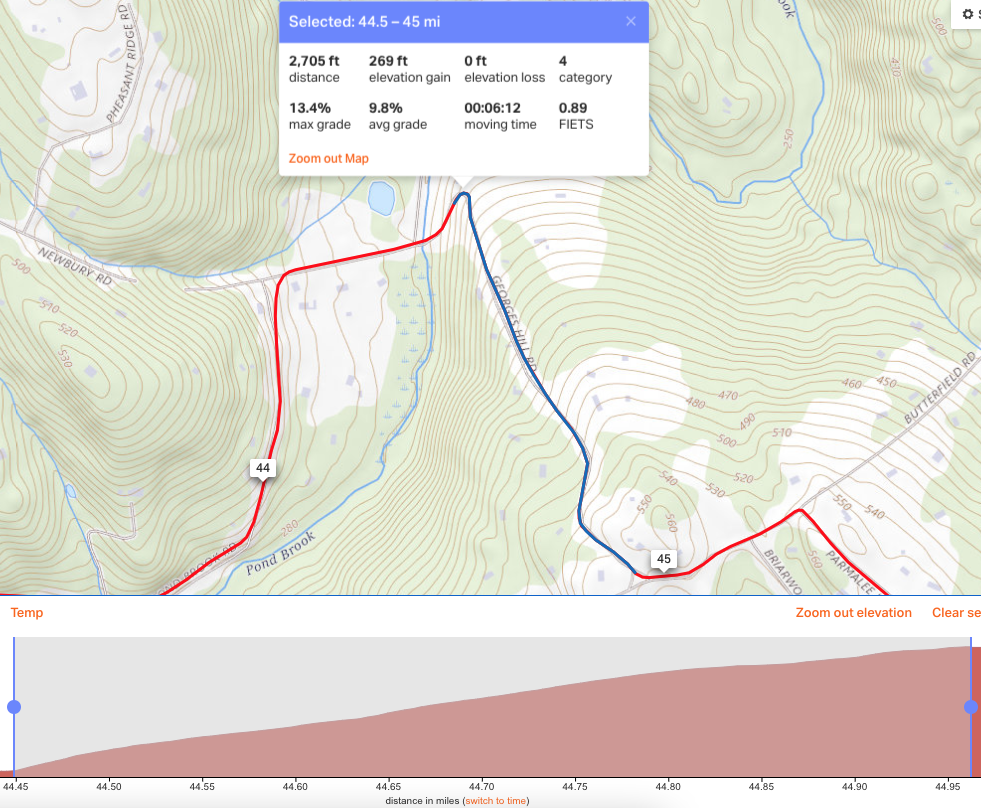 Of all the climbs on today's ride George's Hill was probably toughest. RWGPS categorizes it as a 4 and with the hairpin turn at the start of the climb makes it really tough. 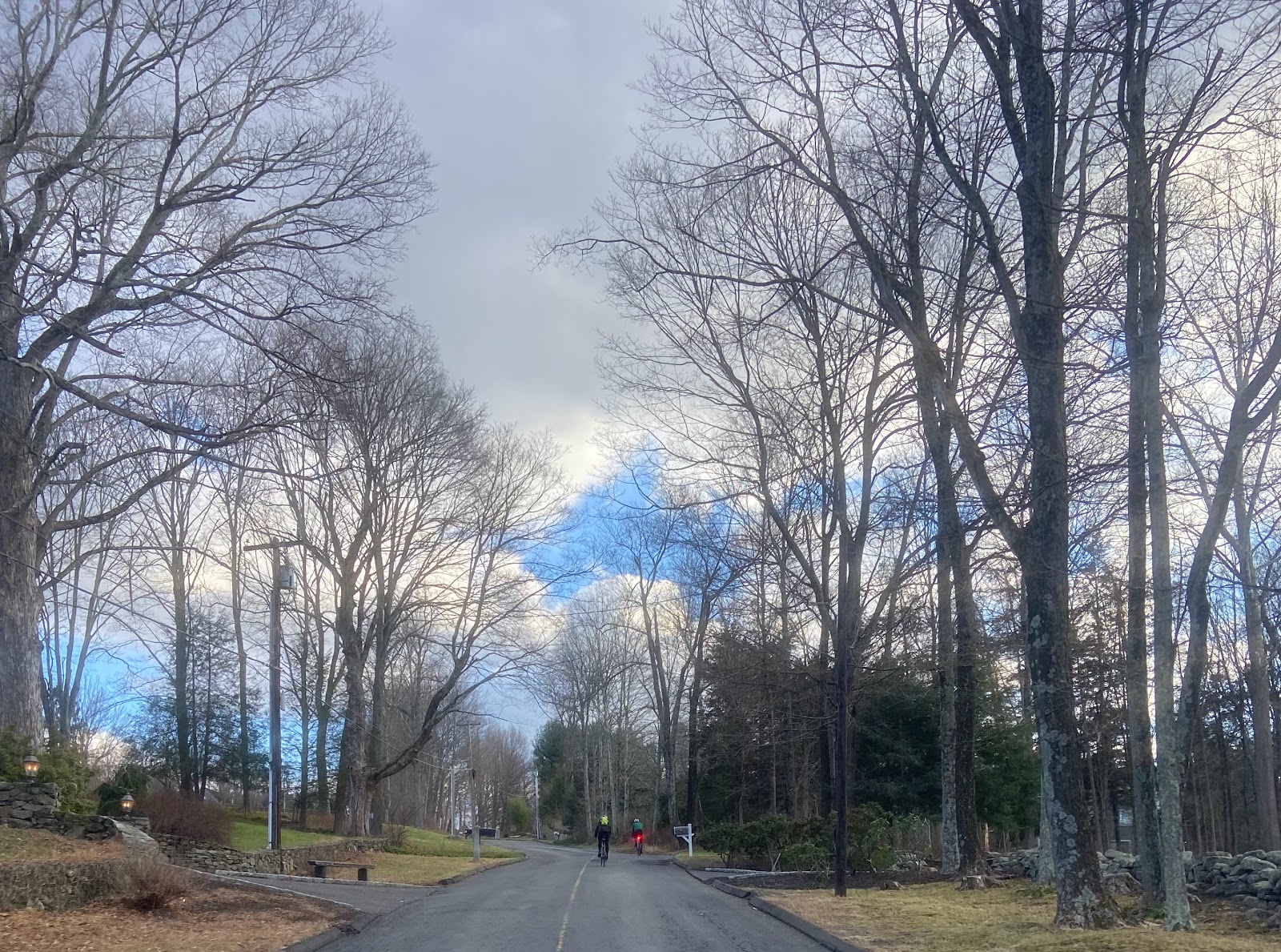 While climbing George's Hill I started thinking about an audible that would still hit two more hills after Parmalee Hill (next on the route after this one) and still get us 12 hills for ride. 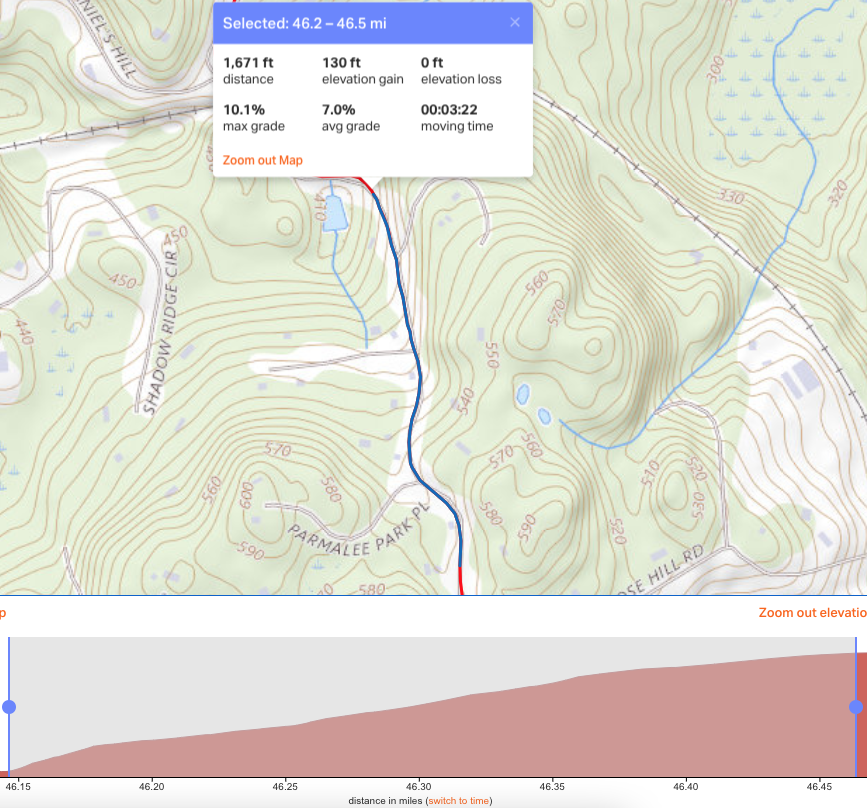 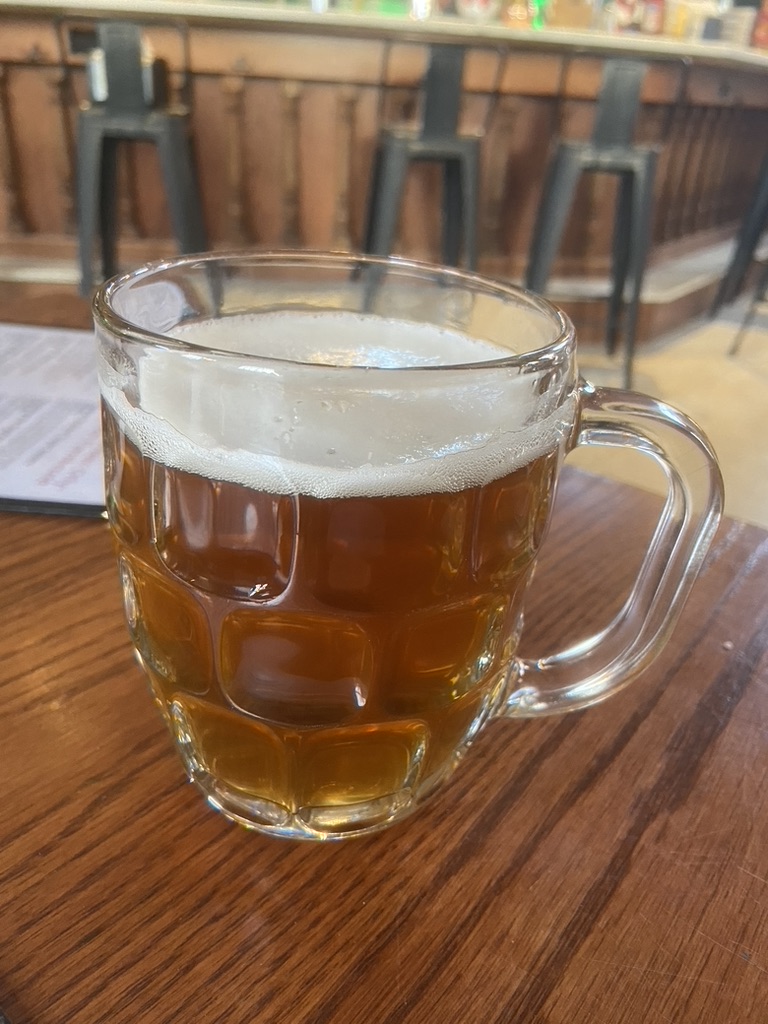 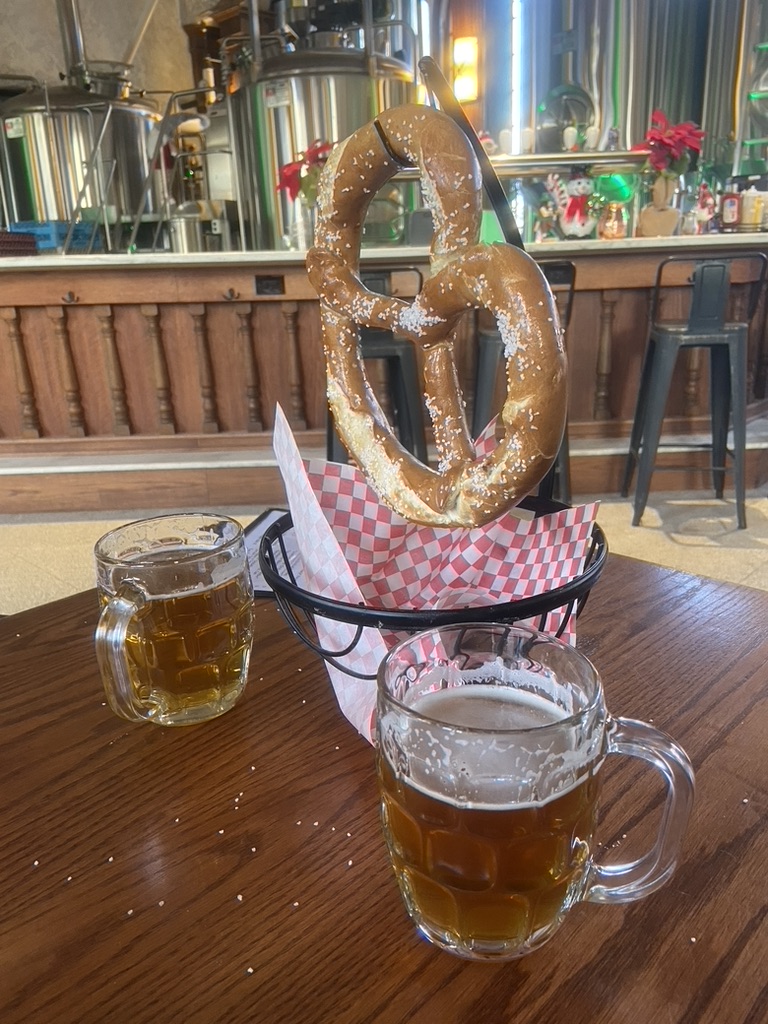 Will and I split a pretzel. He had drive back to NYC and I still needed to ride 4 miles home. 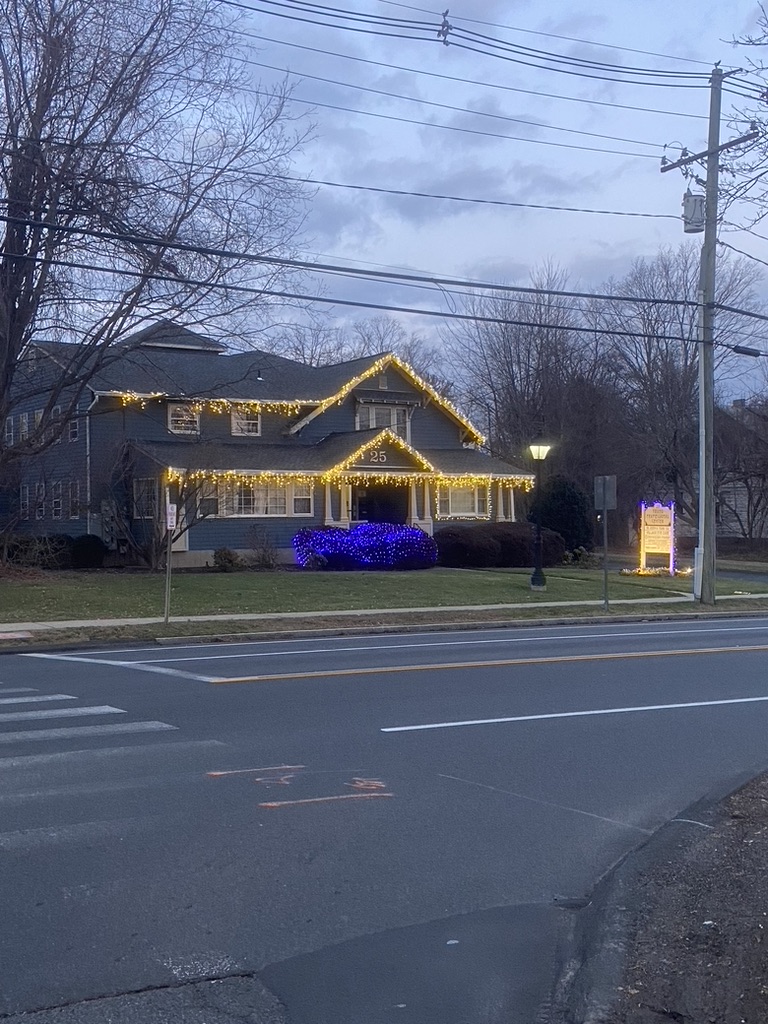 It seemed a lot colder but that was probably because it was mostly downhill and it was dark.
at 8:00 PM