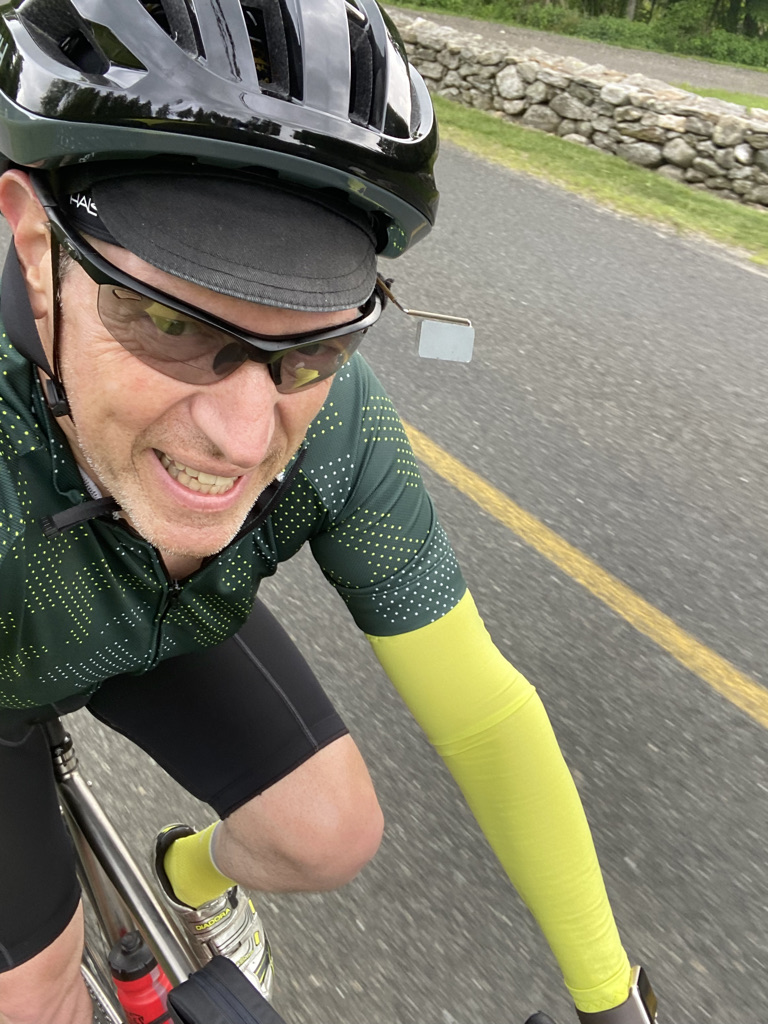 To start the Memorial Day Weekend right Scott rode to my house and then we drove up to Bridgewater to meet Mike for a 40+ mile road ride to Kent Falls for a beer.  Descending from Bridgewater into Roxbury our average speed was 21 mph and Mike joked about calling it quits. Scott and Mike were way ahead of me by the time we got to Roxbury Market and I had to stop, thus losing them for a bit. Finally I found them and we ascended Painter Hill where there seems to be some younger cows. 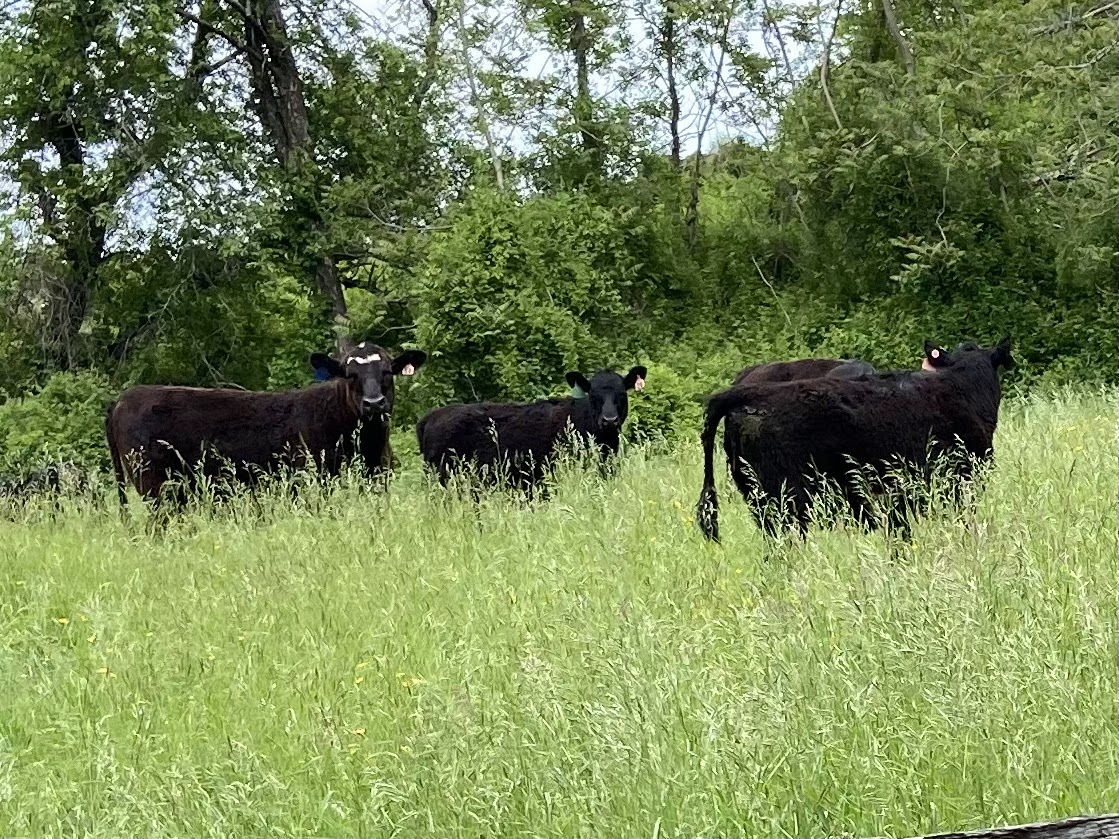 The weather was overcast with darker clouds off to the west and the forecast said 50% chance of rain around 7 PM. 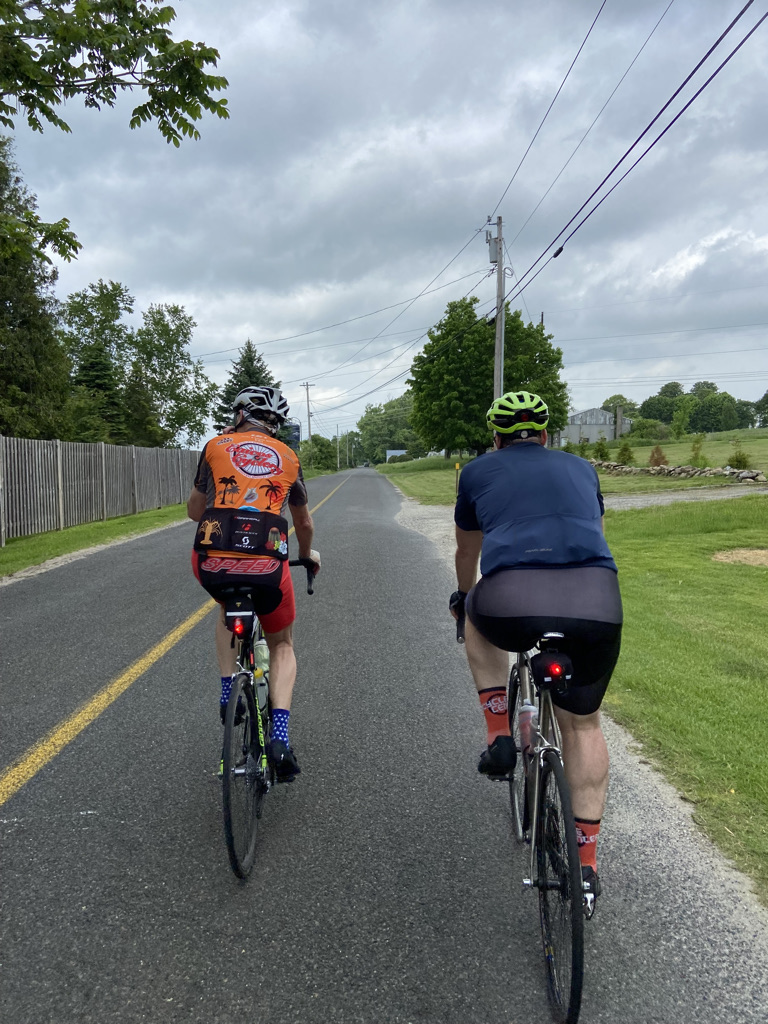 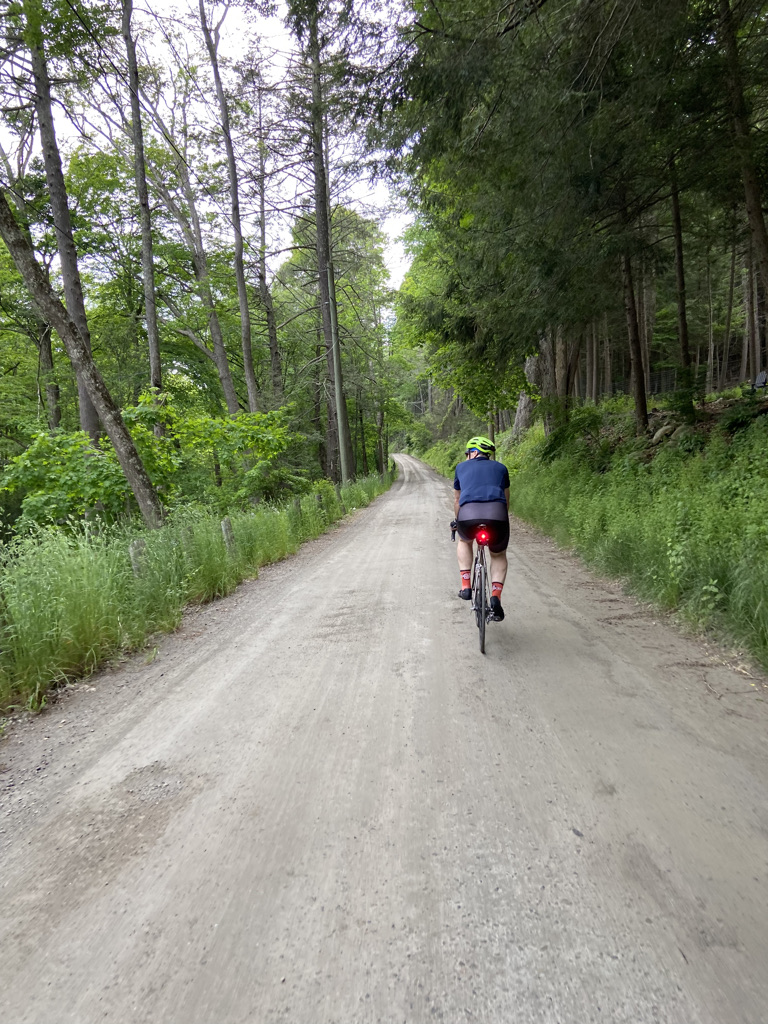 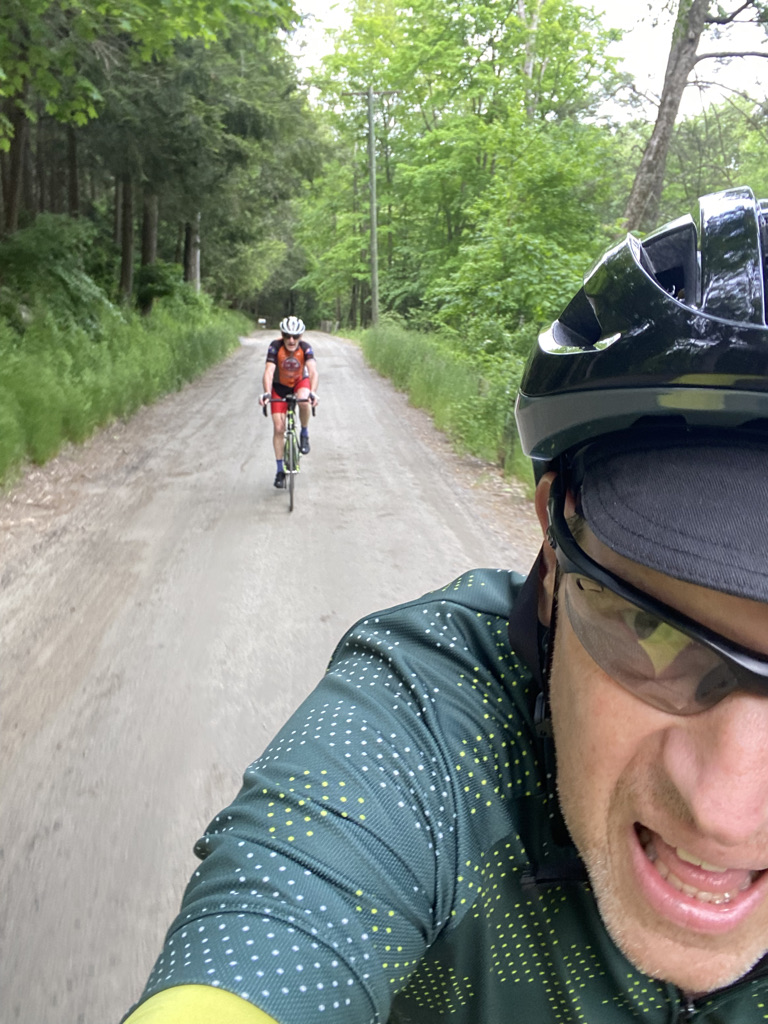 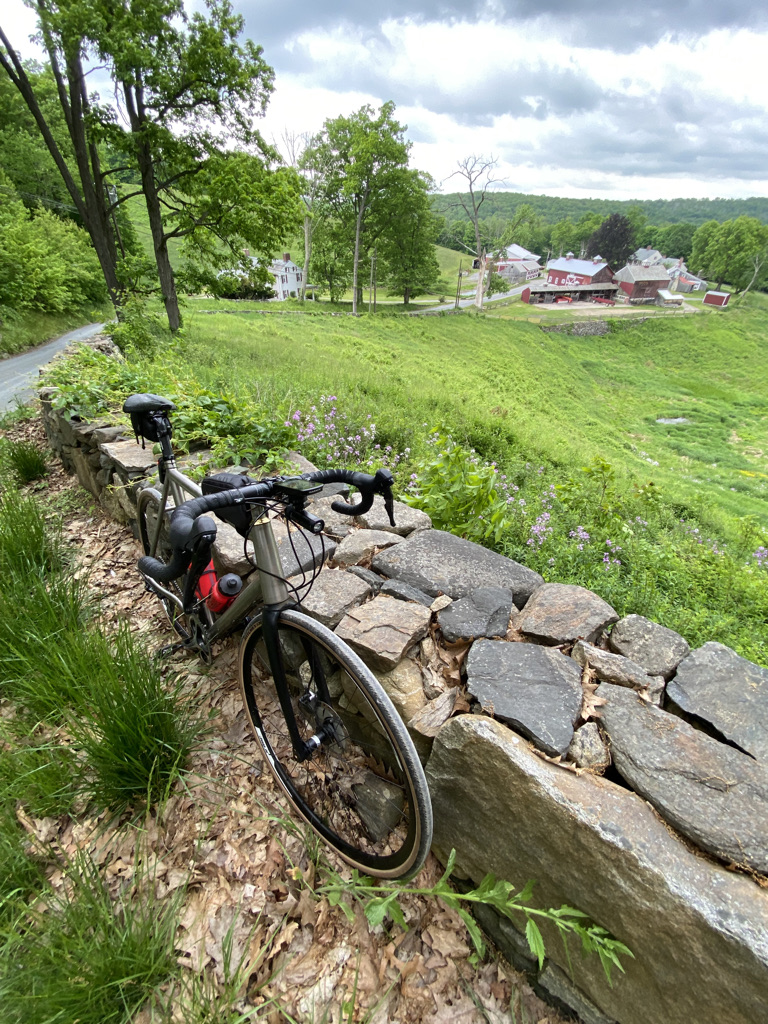 We climbed up Whittlesey to the Money Shot 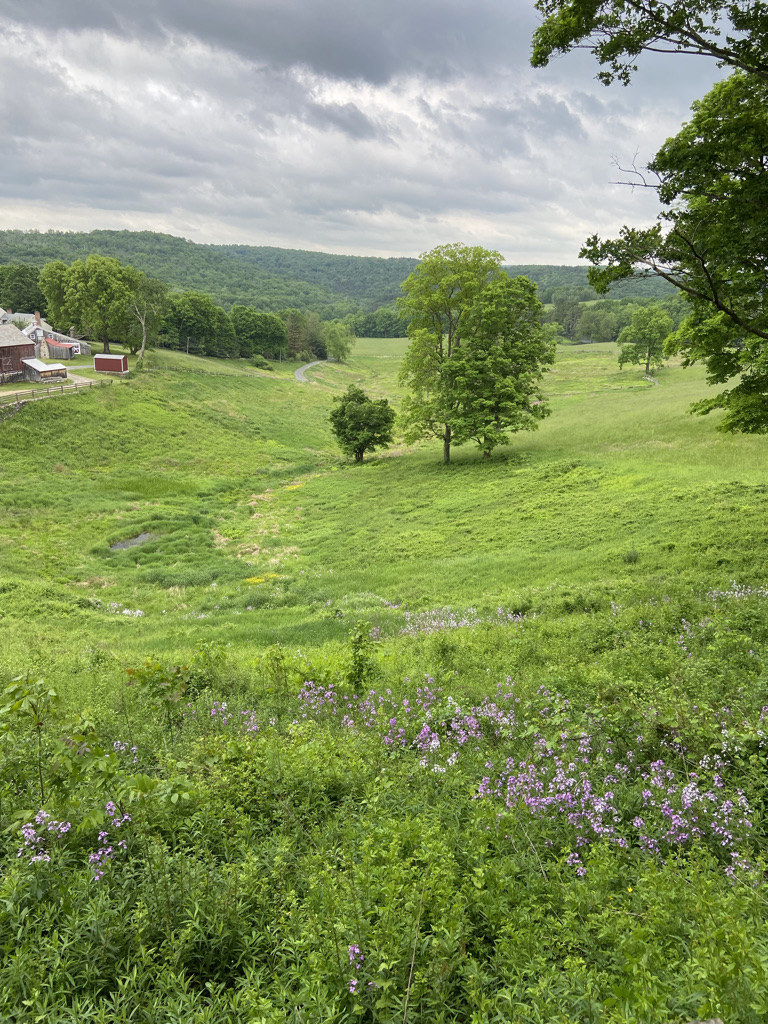 This view of Hidden Valley is worth the climb 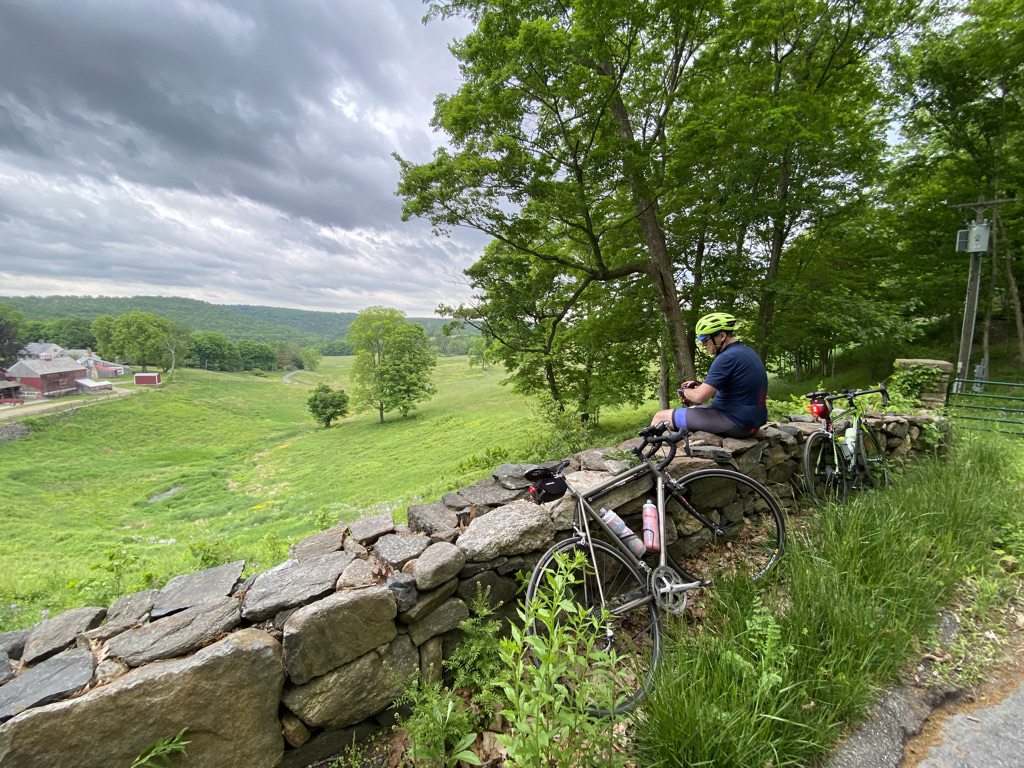 The clouds were looking more threatening 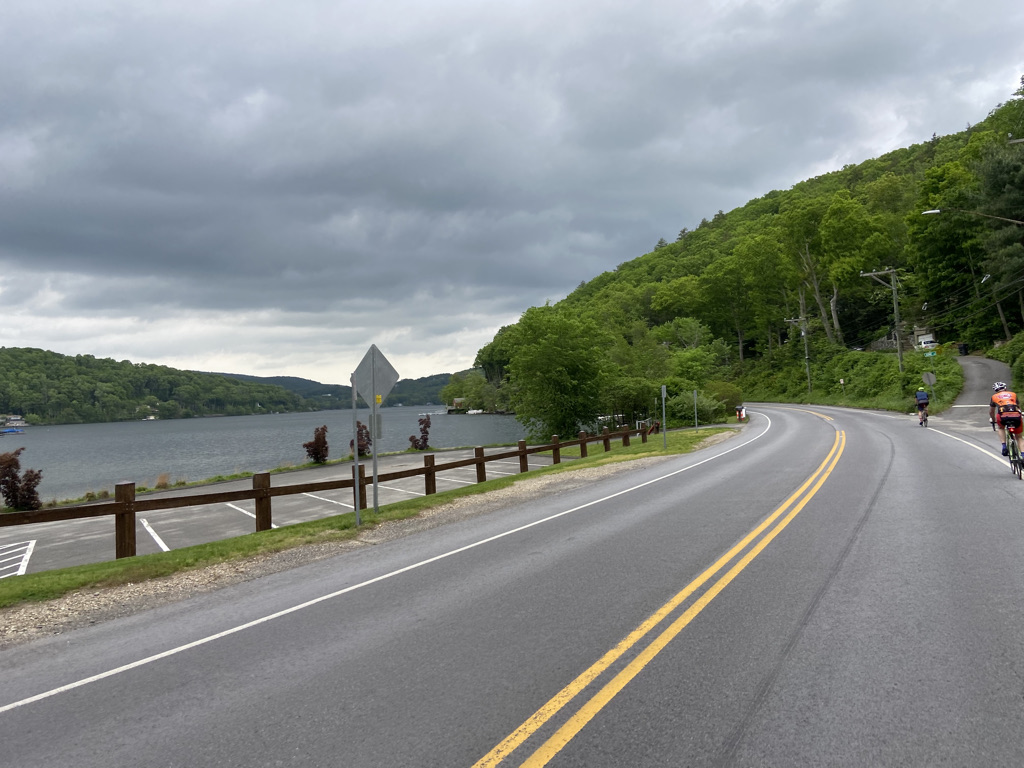 The wind came up on Lake Waramaug, thus indicating a sudden change in the weather 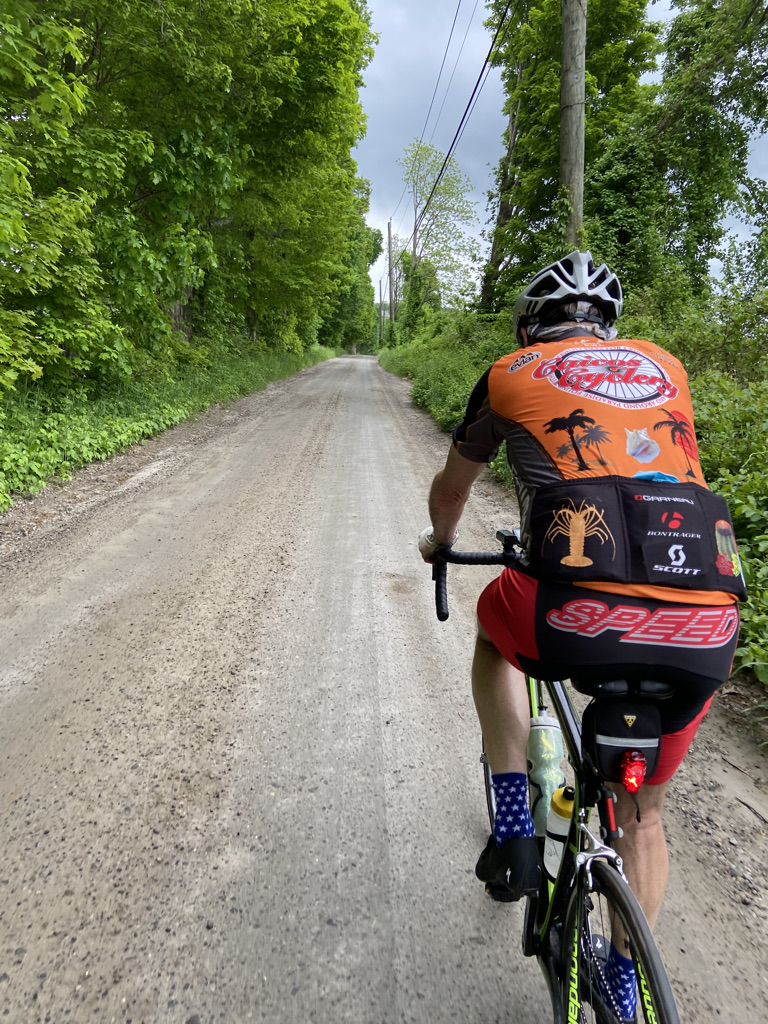 Before the brewery, we found this part of Gunn Hill was still dirt I had the Neversink Wheat, which was light, low alcohol and tasted great 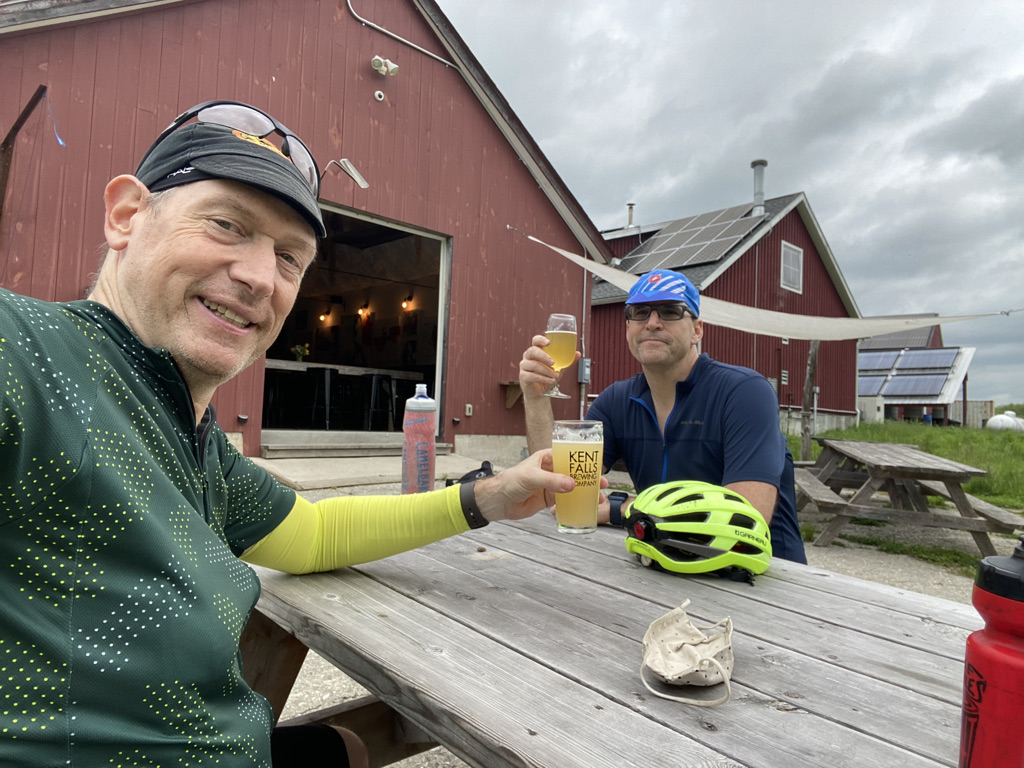 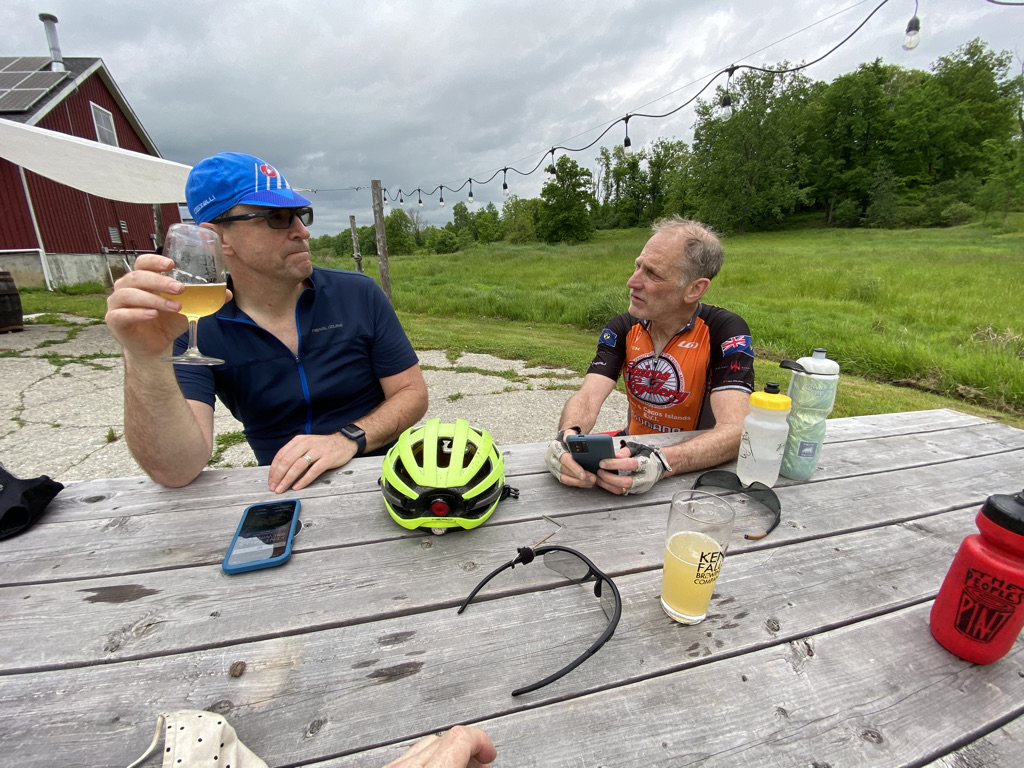 Scott looked at the radar and weather changed to 100% chance of rain starting at 6 PM.
It was 5:45 so we packed up and got ready to roll and it started to sprinkle. 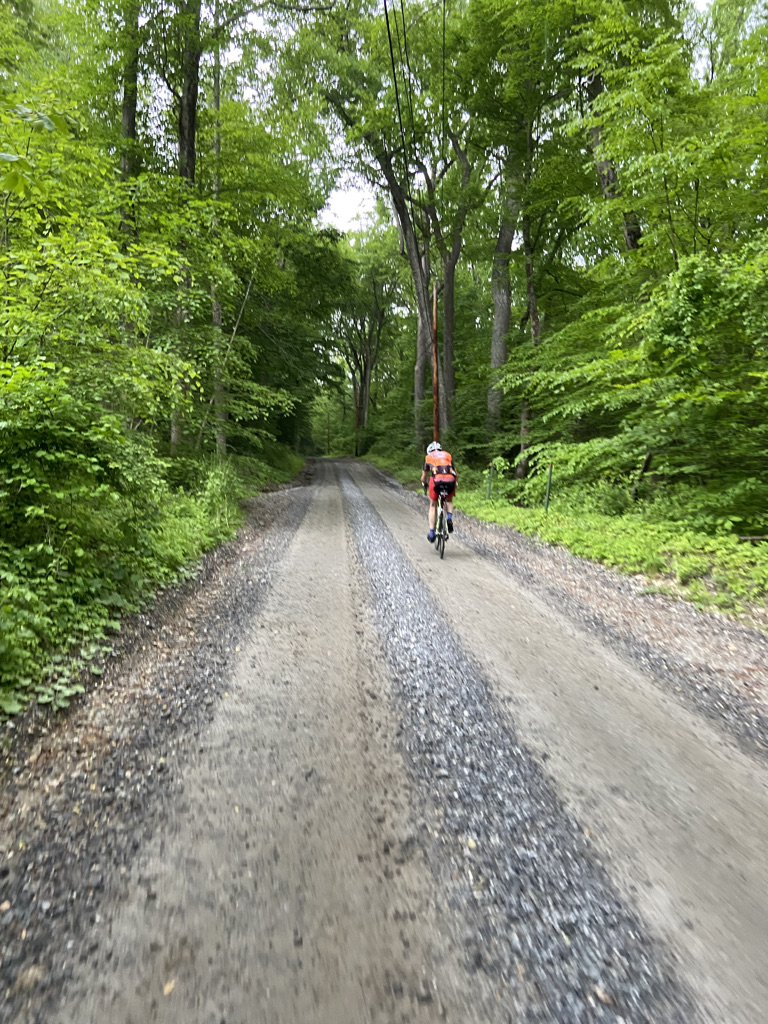 We decided to take a shorter route back to Bridgewater which meant riding dirt roads for over 2 miles from Route 202 almost to Route 109. We ended up riding more dirt roads than I wanted to road bikes. 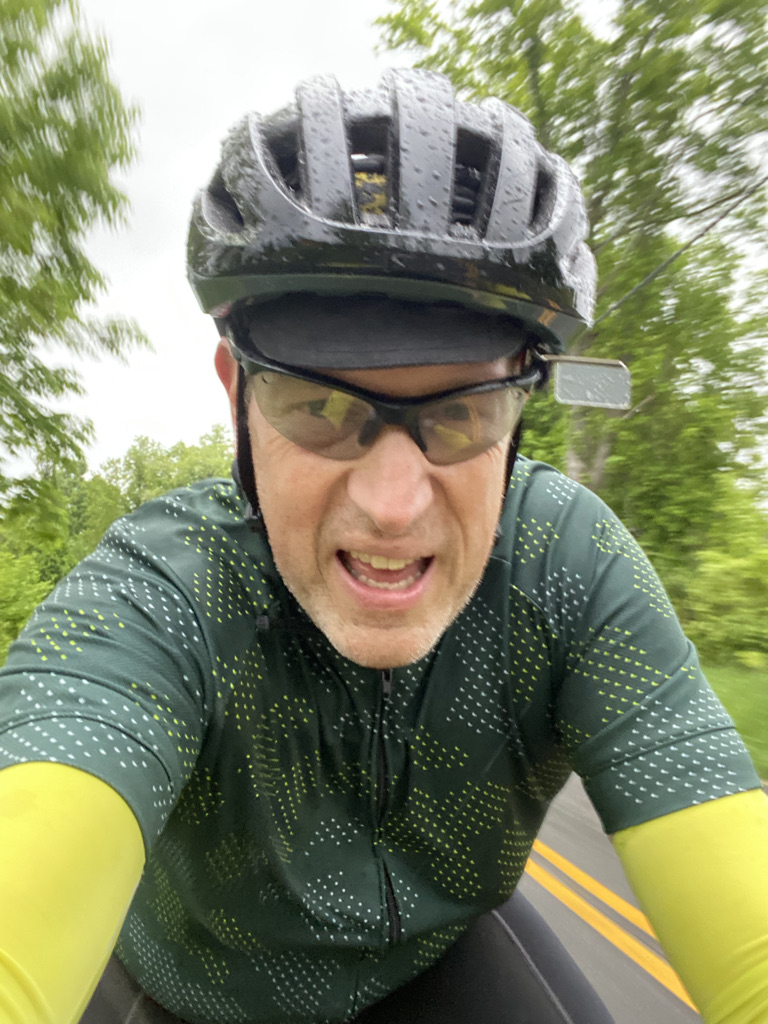 Crossing Route 109 onto Ridge Road it really started to come down and it wasn't until we got to Route 67 did the rain finally abate! 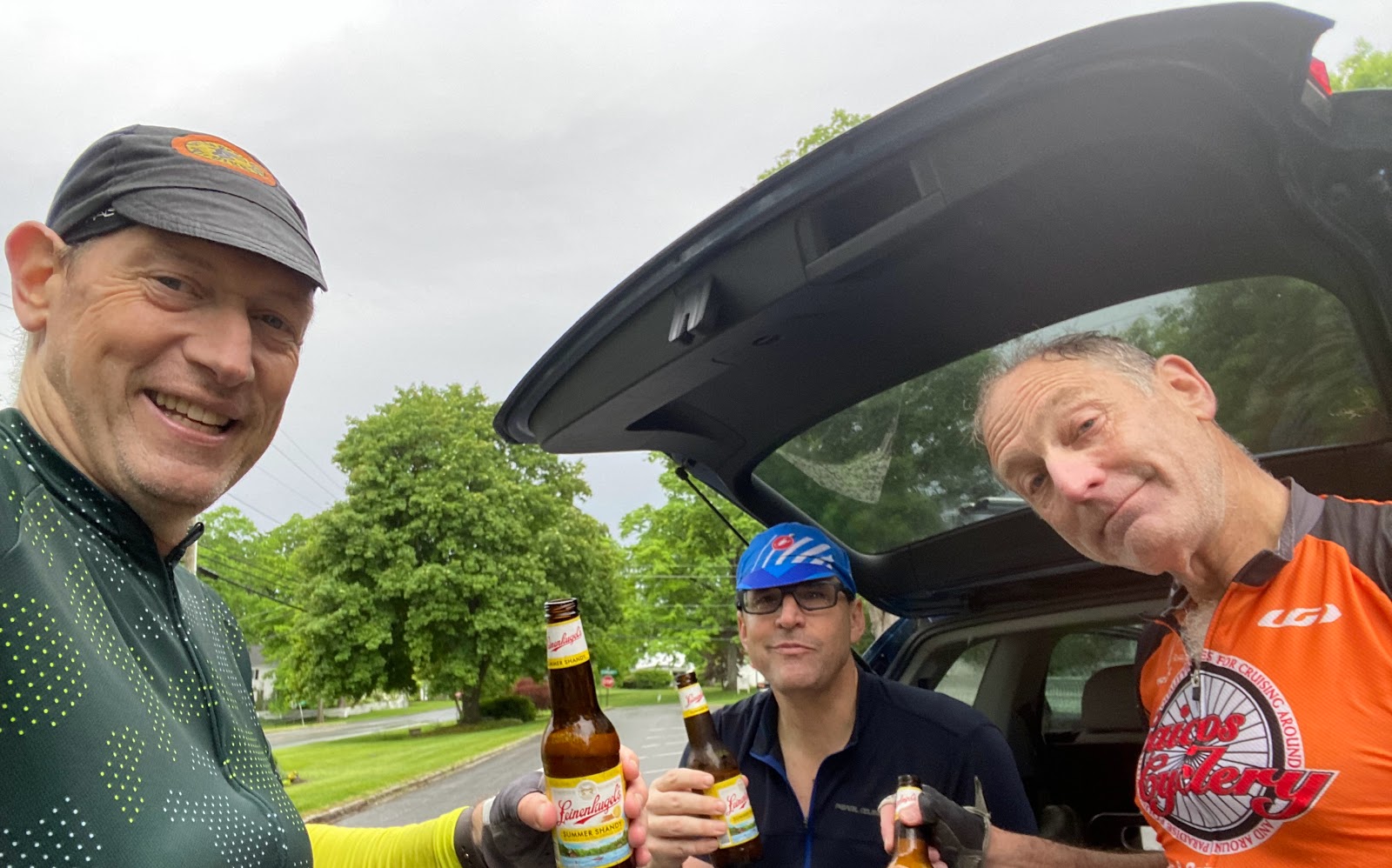 By the time we got back to the cars we were soaked but happy
at 11:00 PM