Power goes out at 9:32 AM with no warning whatsoever. I report the outage online and it says restoration estimate 11:30 AM. Then, I get a text alert from my cable provider that my internet is down, too.  No point firing up the generator because we didn't have a storm and will be out of power for a few days, which is par of the course with my energy provider. It's a beautiful day, let's go on a bike ride! 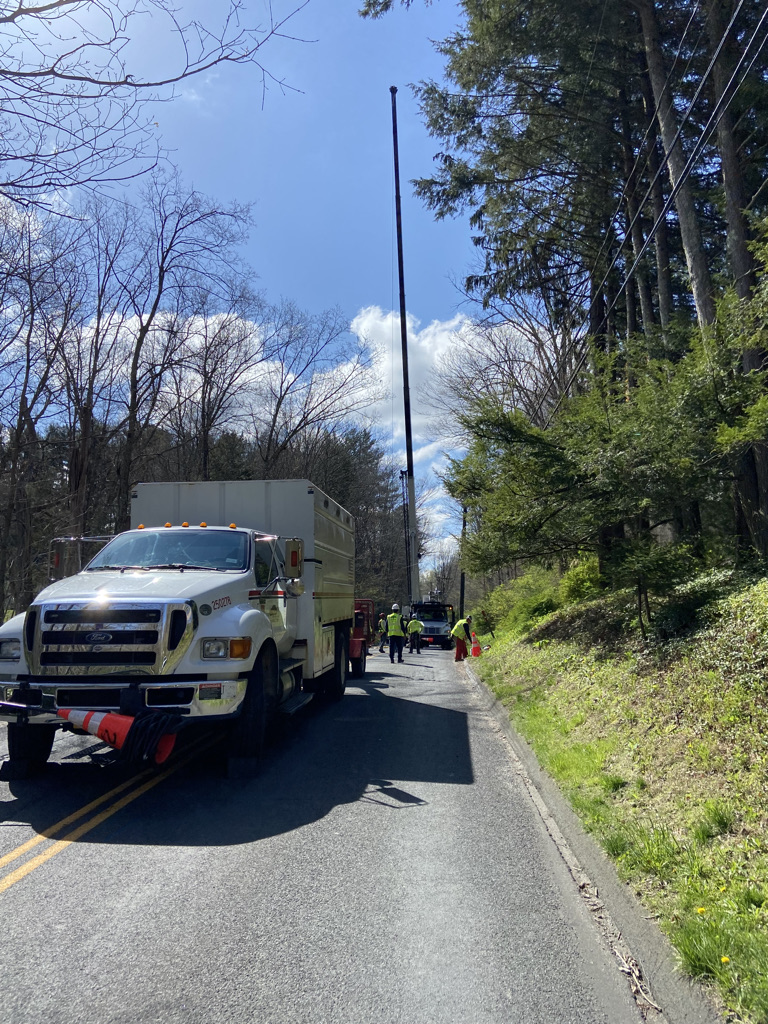 Get down to the bottom of my driveway and there is this huge crane parked there. I spoke to one of the workers and he told me they are removing some big dead ash trees that could come down on the wires in the next storm and we would be out of power for days on end. 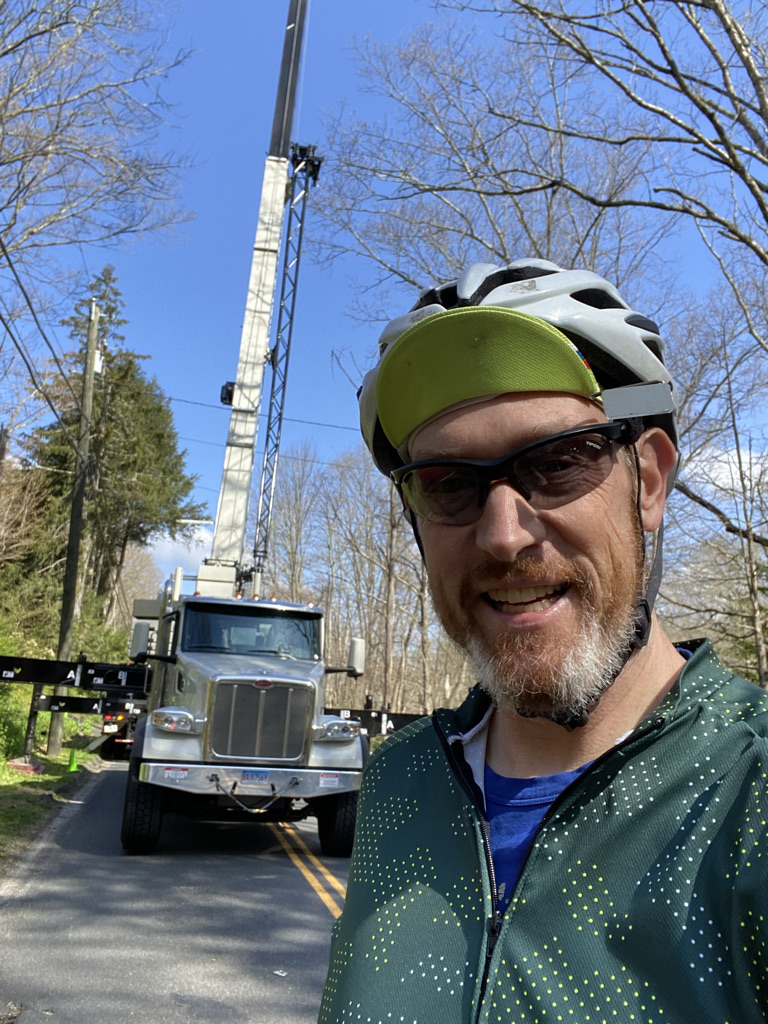 The person I spoke to said that this was planned months ago and that I should have been notified, but the utility never reached out. The cable company did as soon as there was problem but not the power company. I am going to have to say something to my local congressman but he won't do anything, for obvious reasons. 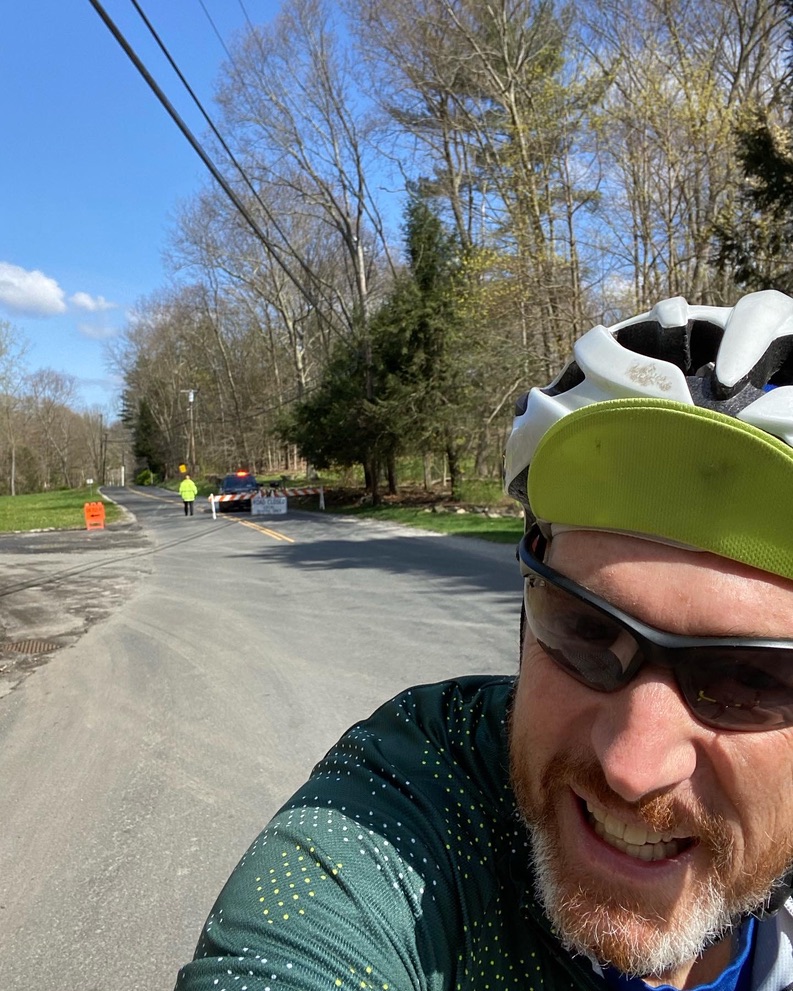 I spoke with the Police Officer manning the road block and he said it's going to be at least three hours. Three hours means I am good for a 40 mile ride. I only had one bottle with me so I might as well ride to Greisers for a Latte and a bottle fill. 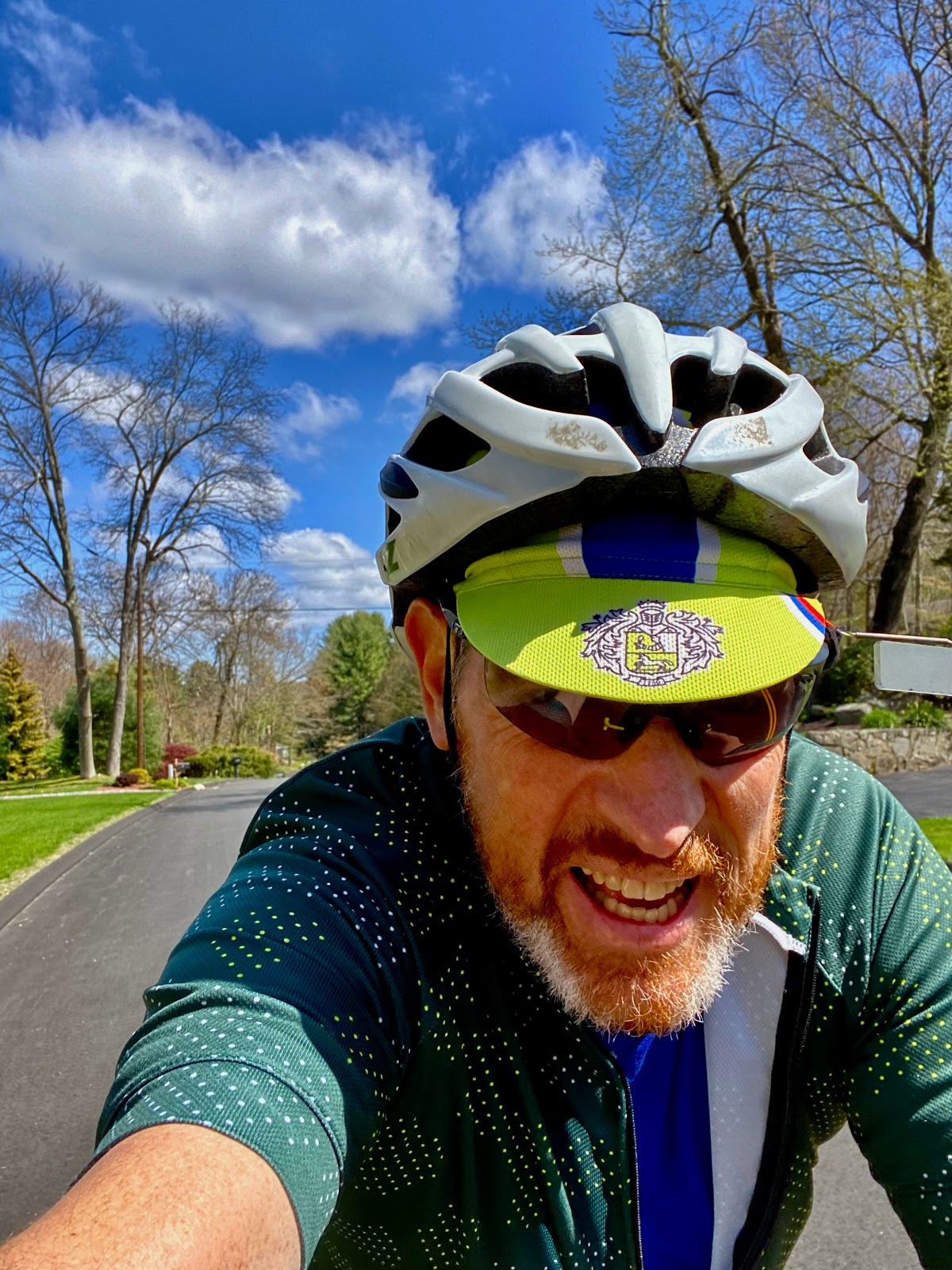 I decided to ride over to Monroe and pick up some Wandrer miles and to get to that side of town I had to ride up Turkey Hill and take the cut through to Little Brook Lane. We in the Newtown Lunartics call this Trampy Hill because one of our members, who moved away a few years ago but still stays in contact, lived at the top and always held the KOM on the climb.

I really don't pay much attention to Strava Segments but I was pleased to be recognized as the Local Legend on the Gobler of Pain. I will lose this honor to Scott, who lives nearby and rides this all the time. 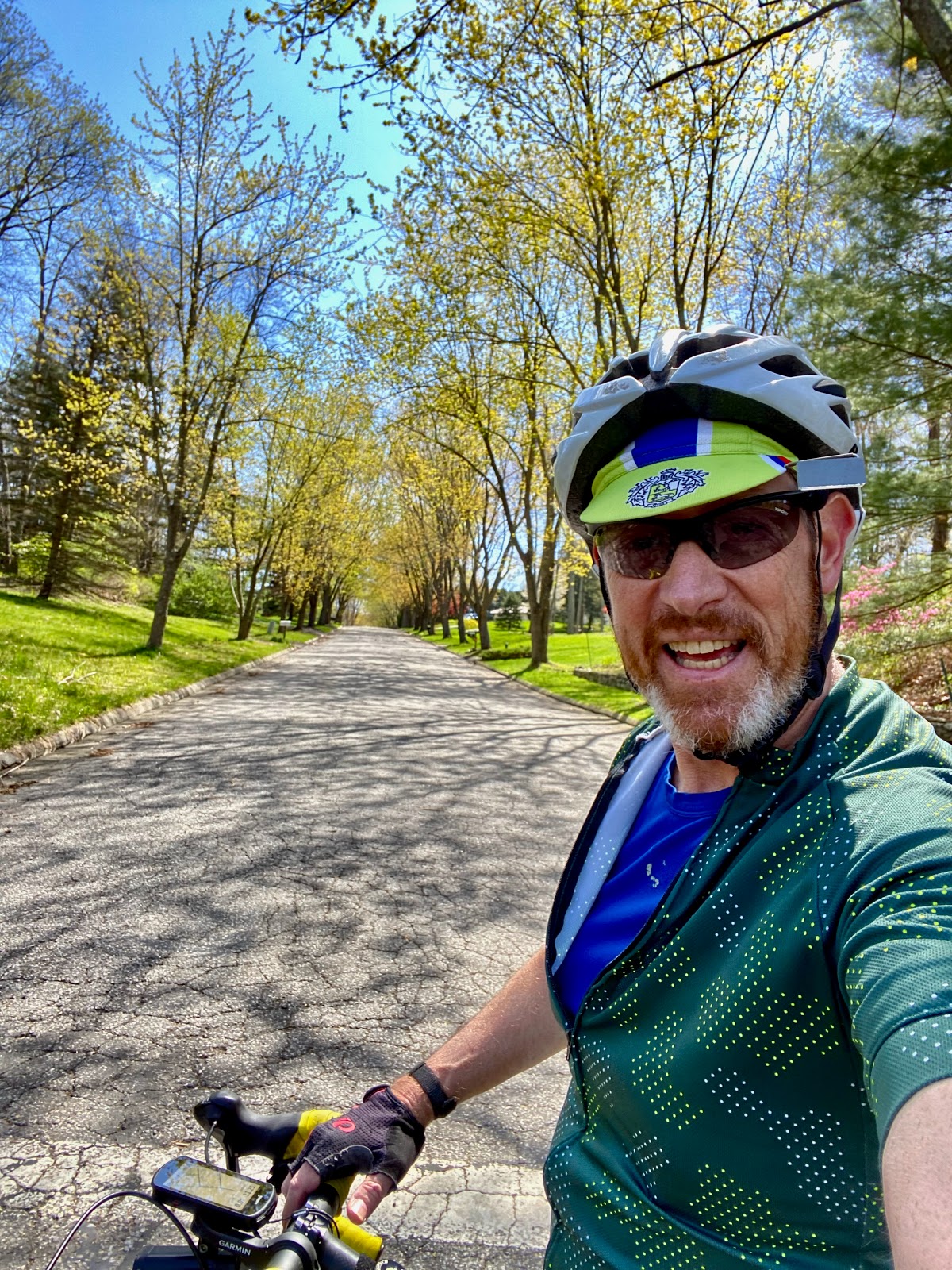 Heading into Monroe by way of High Bridge and then up Fan Hill, I got on a road that I haven't been on off of Jockey Hollow and there was this wonderful tree lined lane where the sun was just right making it a kind of tunnel of spring foliage. Definitely coming back in the fall and catching the fall foliage. 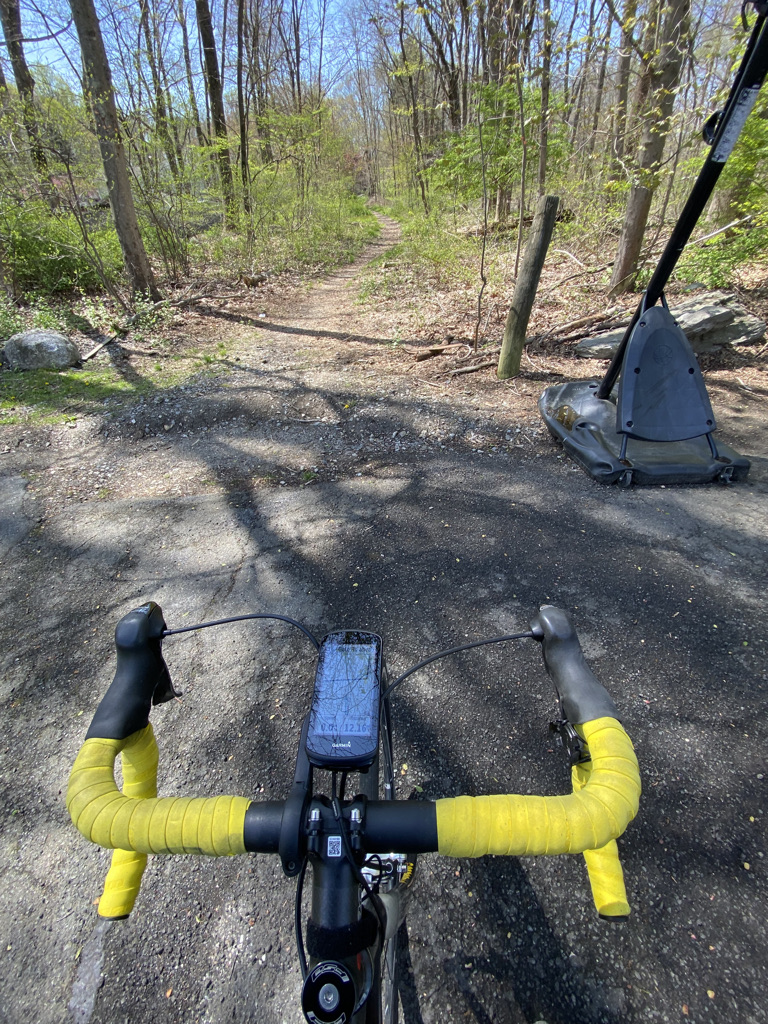 On one of the cul-de-sacs that ventured into I found this trail that heads over to another nearby road that I will need to remember. Find enough of these and I could make a pretty good Roubaix route for Monroe, that could include part of the rail trail. 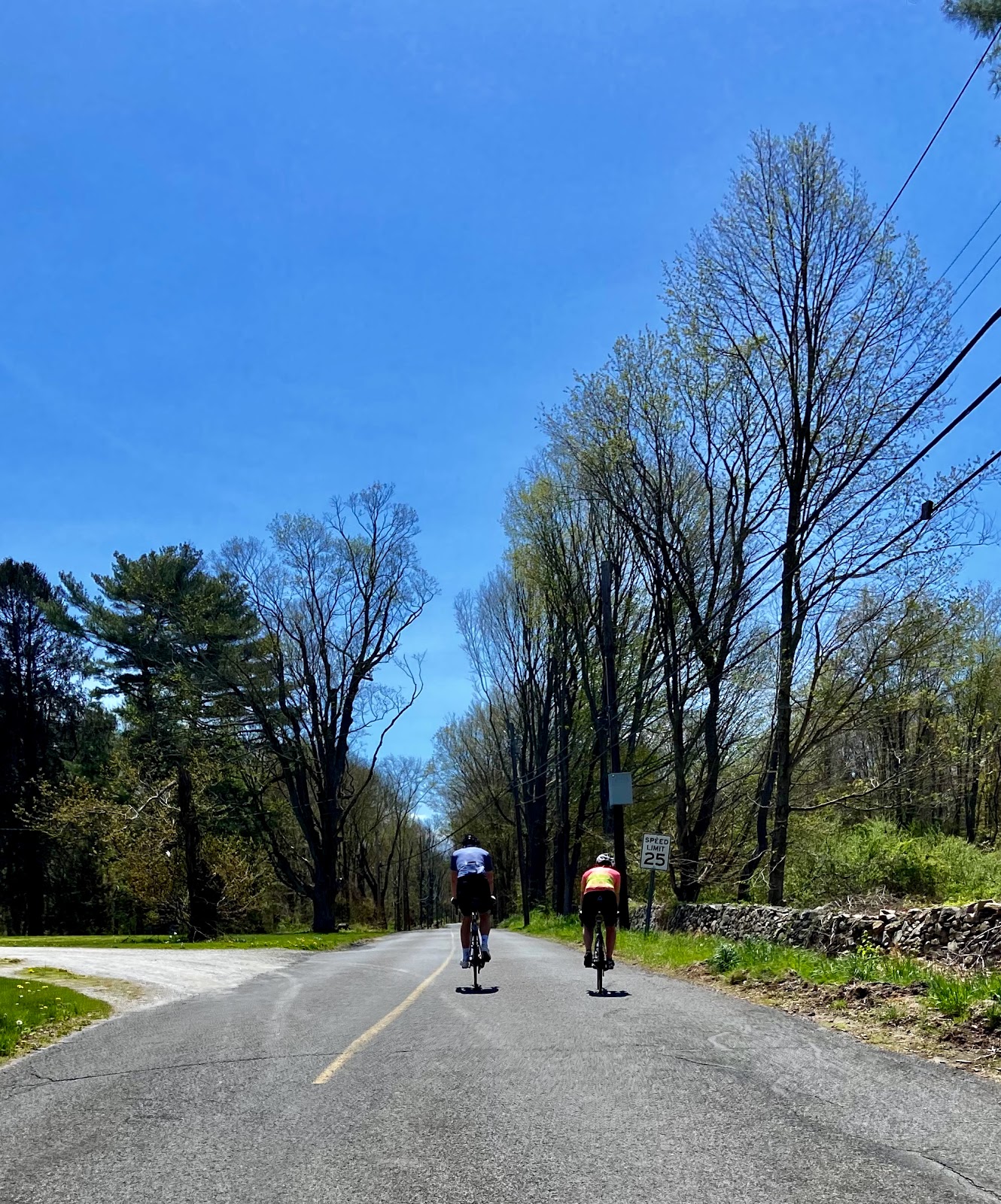 Turning onto North Park Ave in Easton I came across Mike Magee and Rebecca Hussey. We found that we knew a lot of the same cycling people.  We parted company when they turned north on Morehouse and I continued on to Greisers. 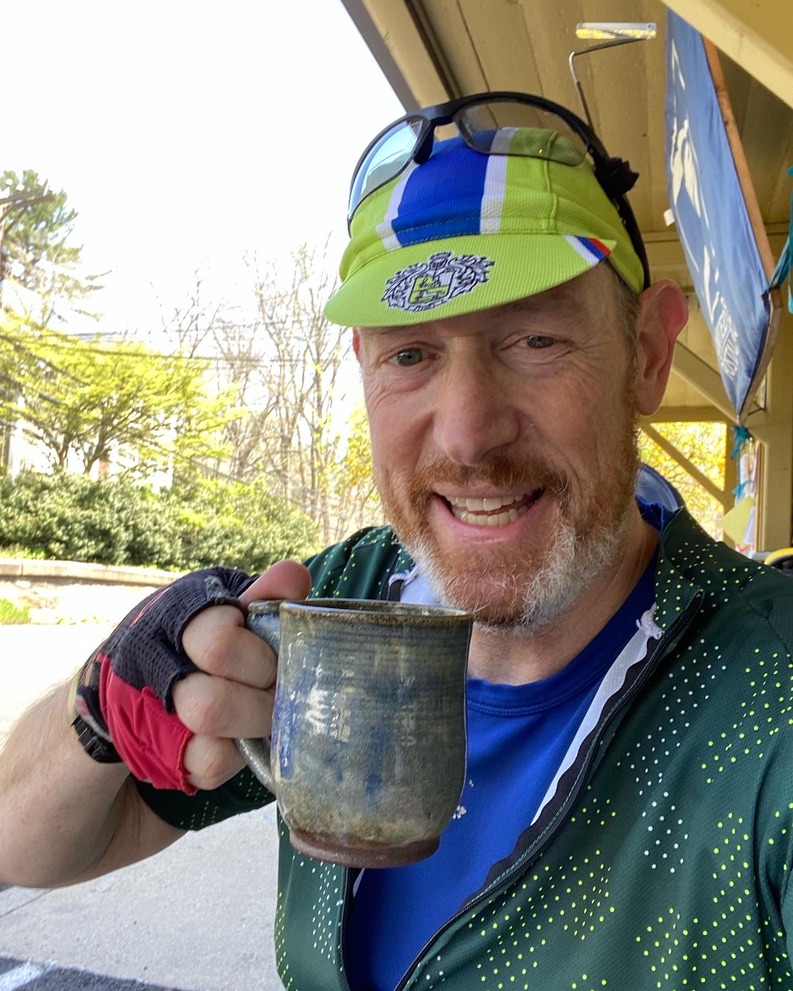 I got my bottle refilled and bought a Latte with a danish to go with. Sitting out front I enjoyed the coffee and watched a couple of cyclists roll by. Looks like I wasn't the only one taking advantage of great day for riding. 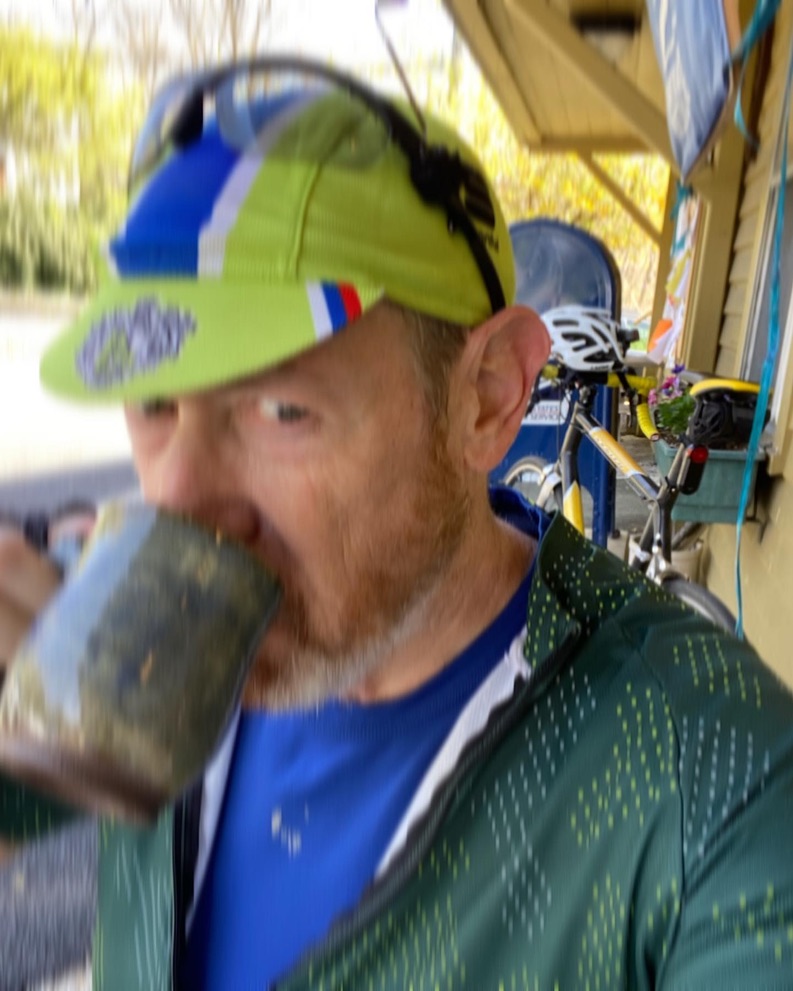 Turning north, I headed took one of the Ilumenati Routes towards Redding and Giles Hill. As usual, it was a few degrees cooler along the Aspetuck River but it still felt great. 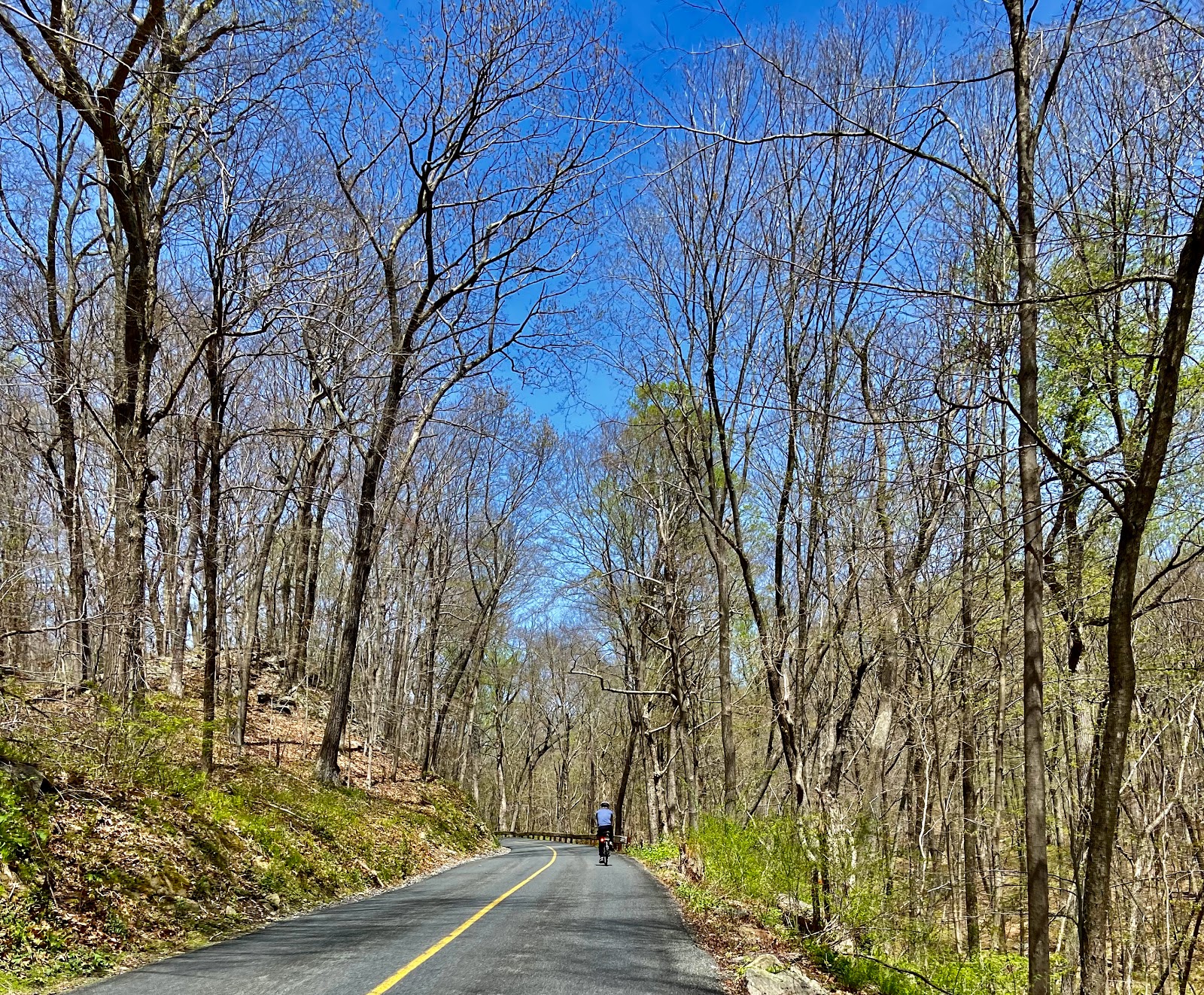 Climbing up Pine Tree Hill I passed another cyclist. This guy was riding an old steel Trek touring bike with cantilever brakes and bar end shifters. If the rider cleaned it up it would look really pimp. 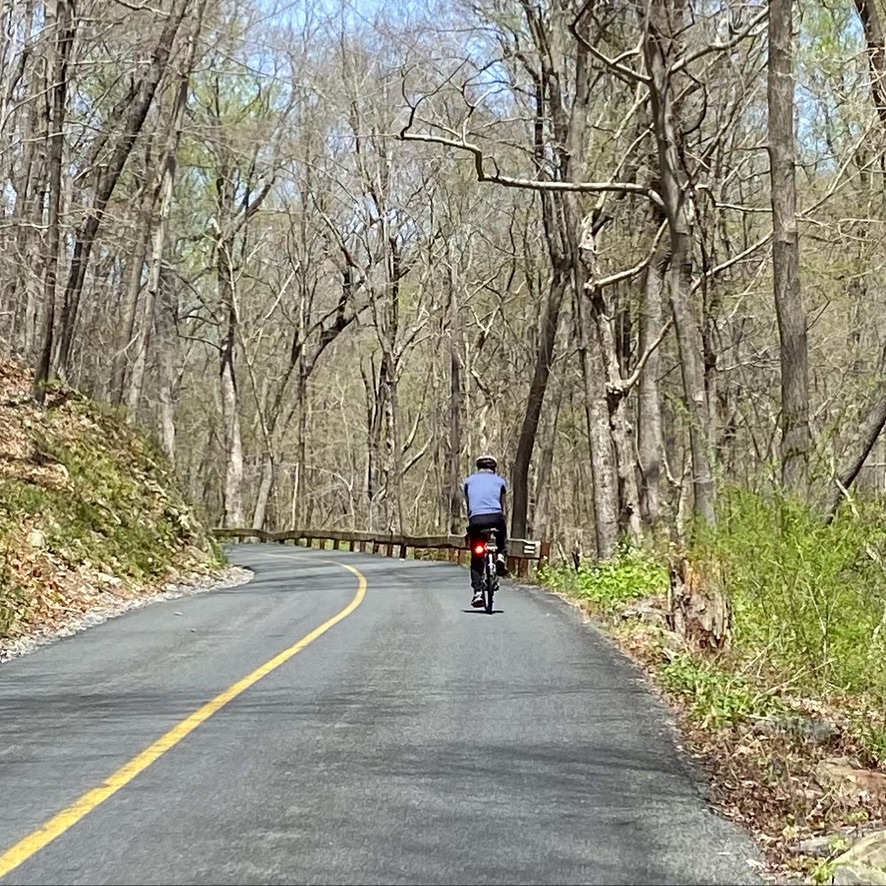 I rode up Giles Hill and then Newtown Turnpike over to Hopewell and when I popped out on Poverty Hollow, I met yet another cyclist riding a red, white and blue Orbea road bike. Coming the other direction, were even more cyclists! All told I think I saw around 10 people on bikes today! 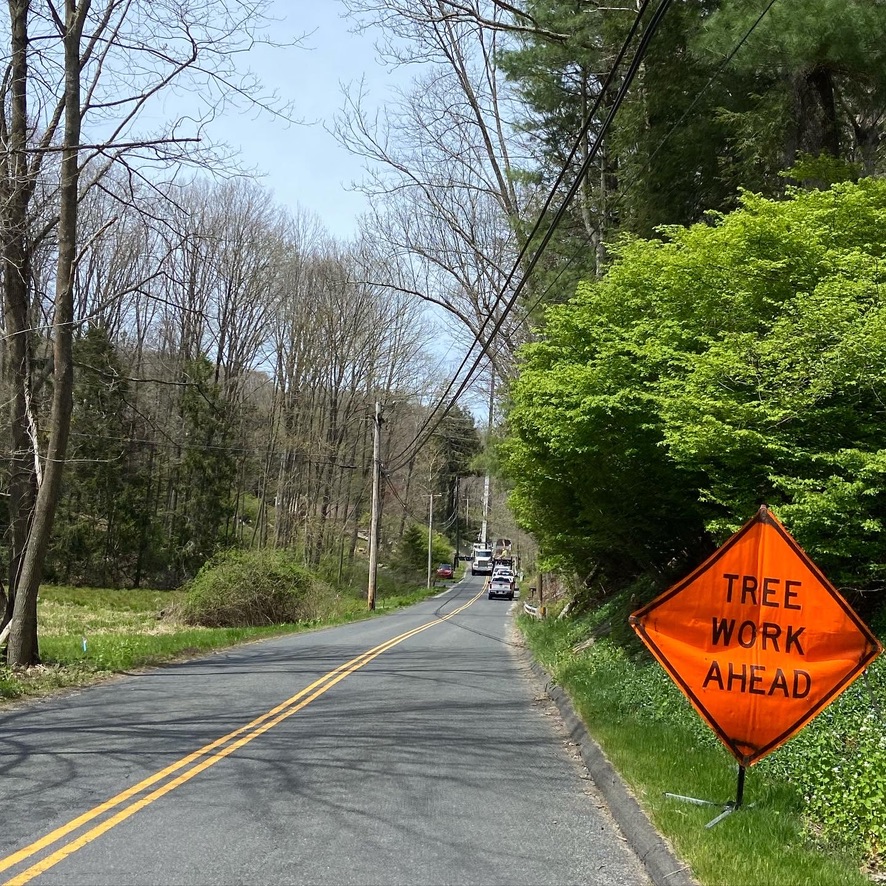 Perfect timing, at least for me, as I got back around 1:50, had to leave at 2:30 to pick up my boys from school, but the workers weren't quite done. They were wrapping up though. I had to walk through the neighbors' yards to get to my driveway.
at 6:00 PM