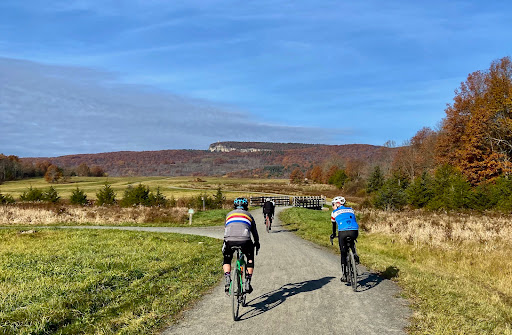 We all headed out a little after 9 AM with Steve and two of his friends from New Jersey and another guy who is a professor at SUNY New Paltz. We rode up this new trail called the River to Ridge Greenway. The trail ended at Lenape Lane, which is a dirt road that heads up the ridge. 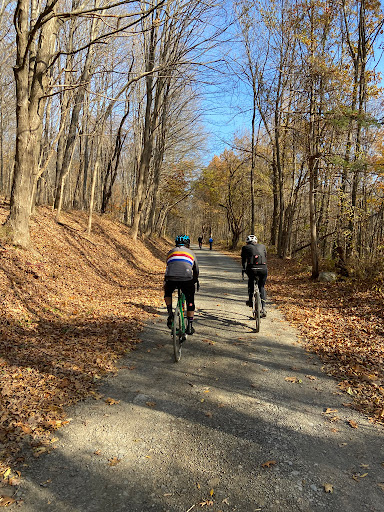 When we started climbing the snivel gear started to come off.  I stopped to take off my jacket while Bill, the SUNY Professor caught up and we rode together for a bit until it got steeper and I lost him and I was riding alone while the fast guys were way ahead. I finally caught up to them and we rode to the entrance of to Mohonk together. 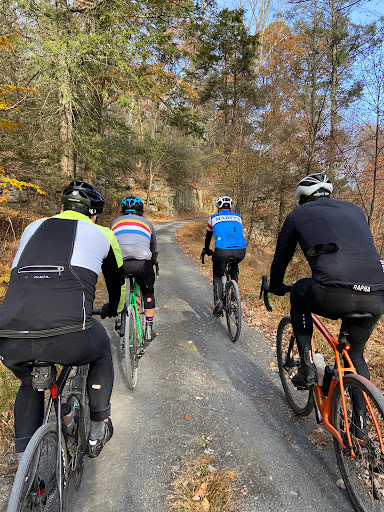 No one asked to see if we bought a pass so we rode off on a trail that would eventually bring us to the Mountain House. 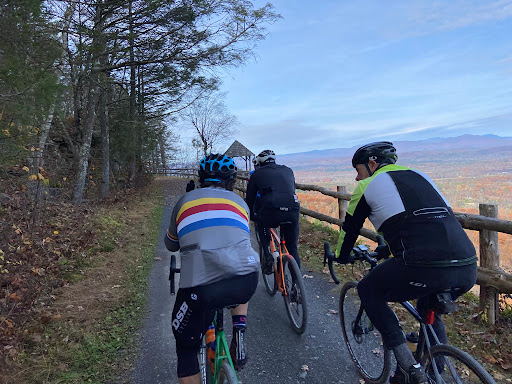 And this trail had some spectacular views! 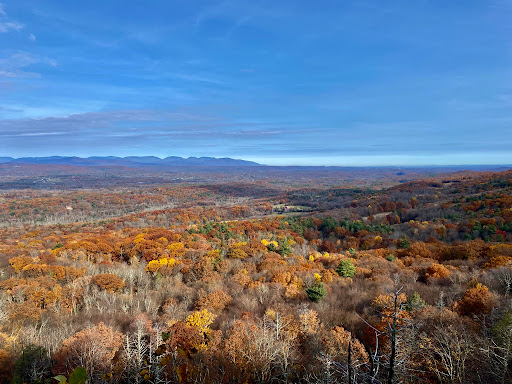 Looking north towards the Catskills 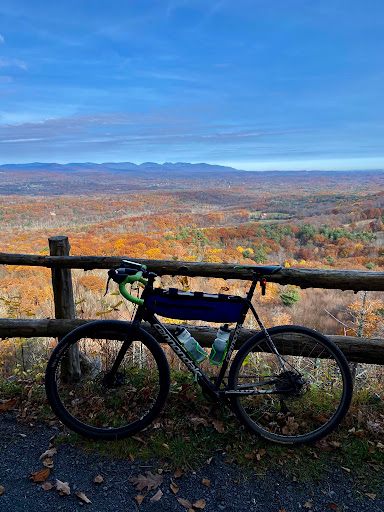 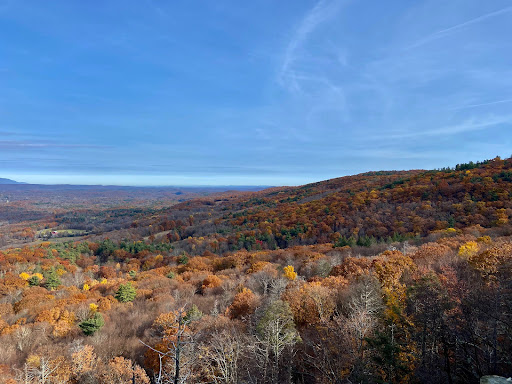 Looking northeast into the Hudson Valley 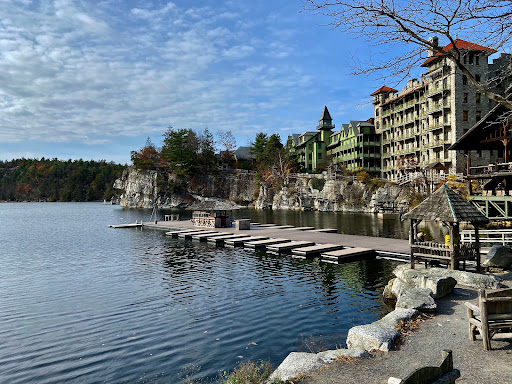 Then we rode up to the Mountain House.
Did you know the lowest price for a room is $551?
The price includes three meals and afternoon tea, though. 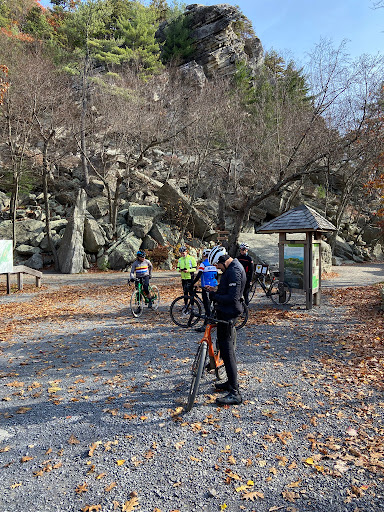 From the lake we road the gravel carriage roads that would eventually take us into the Lake Minnewaska State Forest Preserve.  At this point there used to be an old railroad bridge that connected Mohonk to Lake Minnewaska that I always wondered was part of some abandoned trolley route for the Mountain House but turns out it wasn't. The bridge has been replaced with a more modern truss bridge. 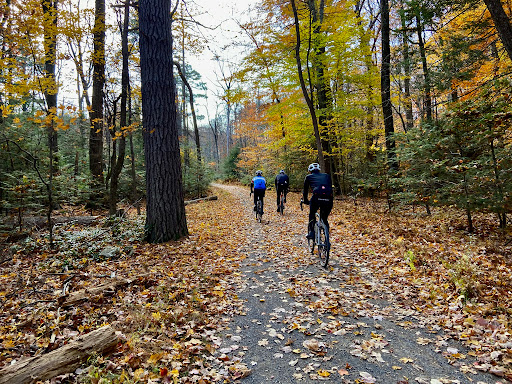 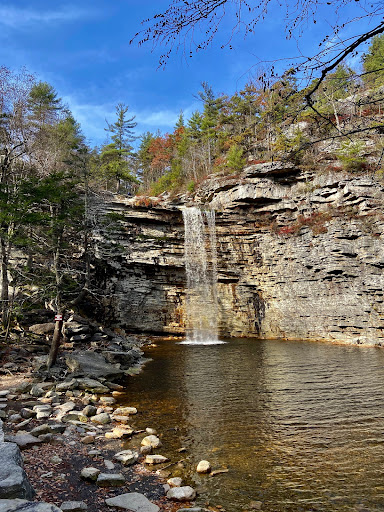 The sun came out again when we got to Awosting Falls 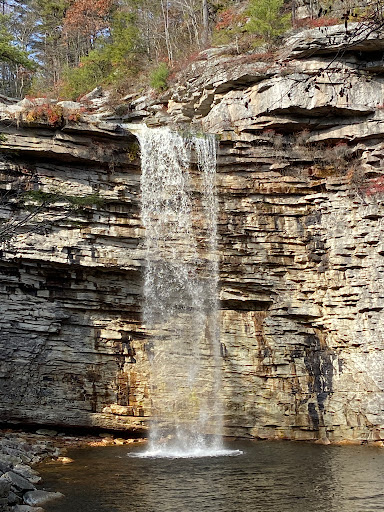 After the falls we headed towards Lake Awosting 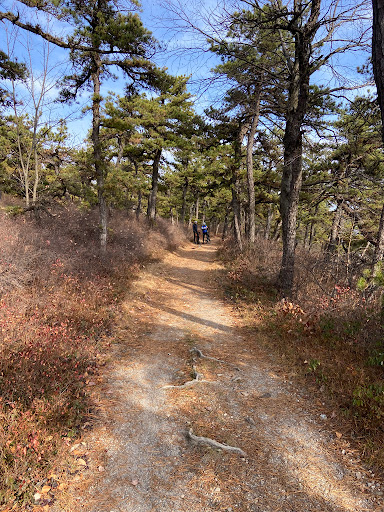 and the road went from bad to worst 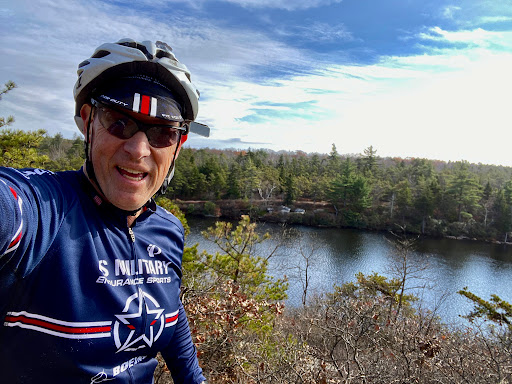 But it was worth it 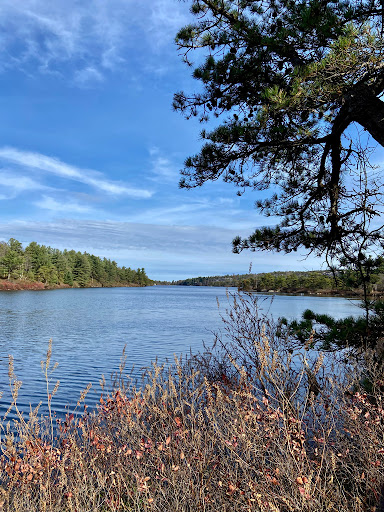 I could have done this ride on my Waltley 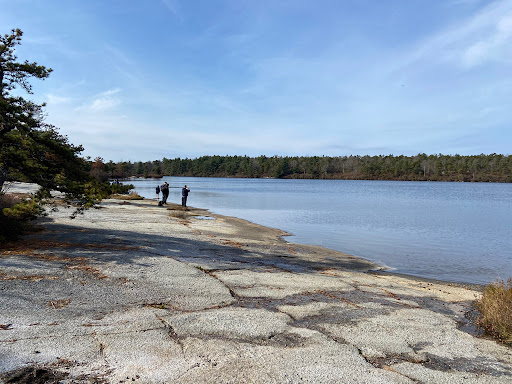 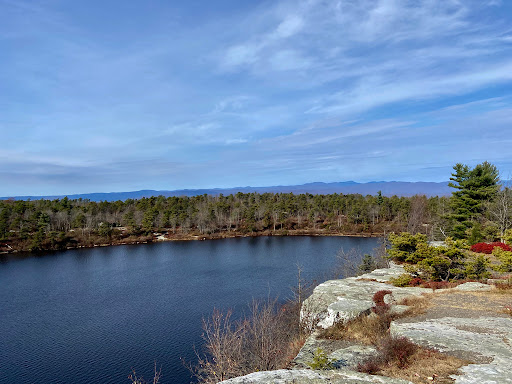 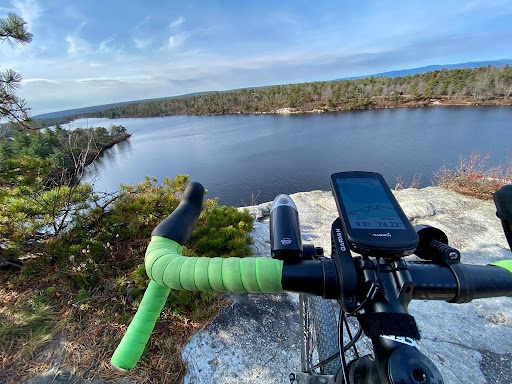 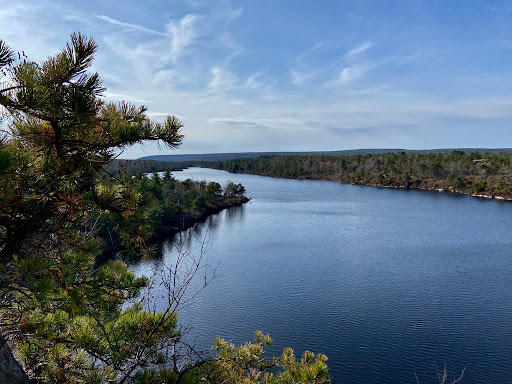 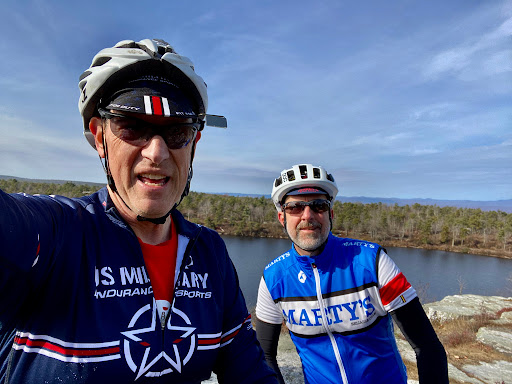 Steven is on the right 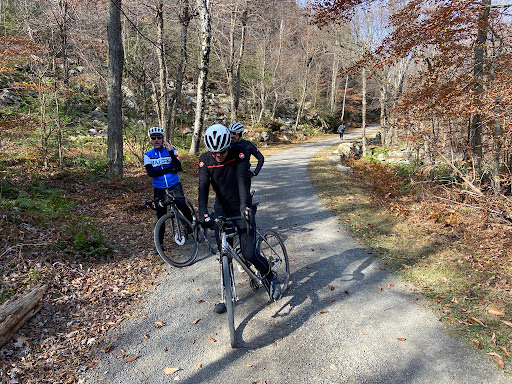 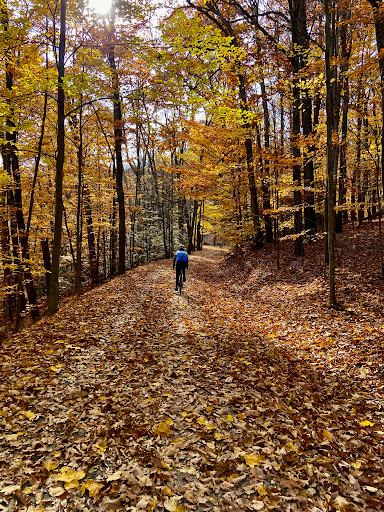 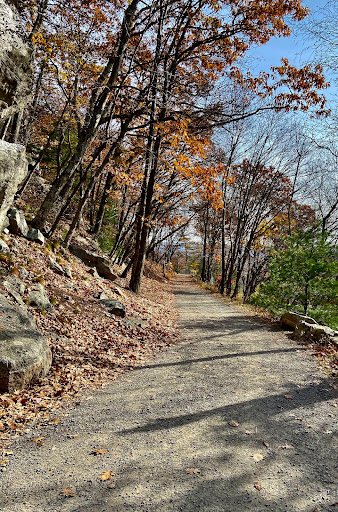 Once we crossed the bridge again we were on the carriage trail that runs along the base of the cliffs that you see when looking at the ridge from across the valley. 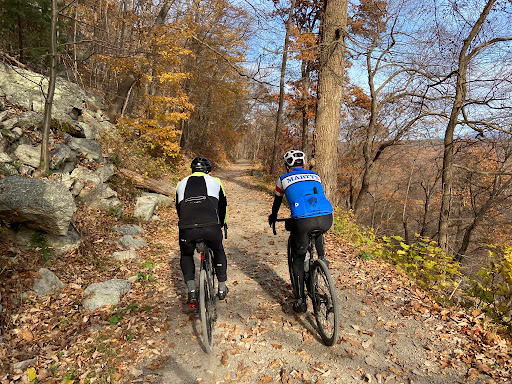 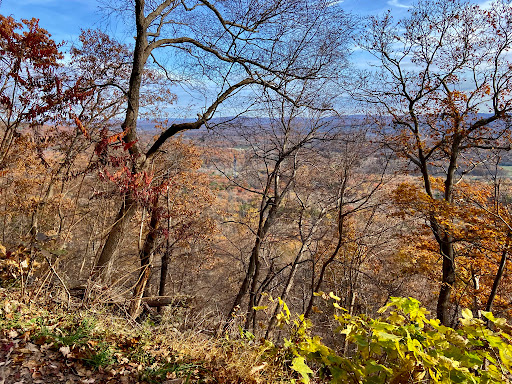 There were some great views from the carriage trails 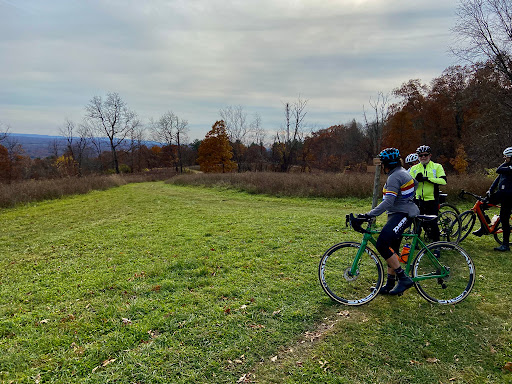 An audible was called to go a slightly shorter way 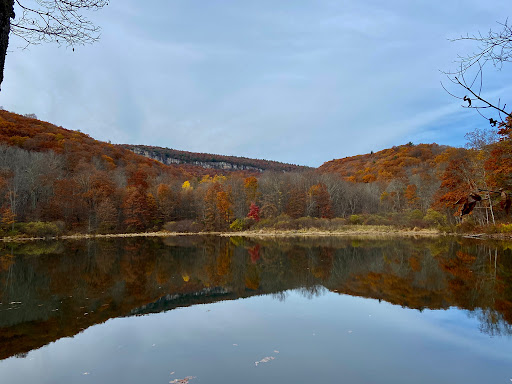 but it took us to this wonderful pond 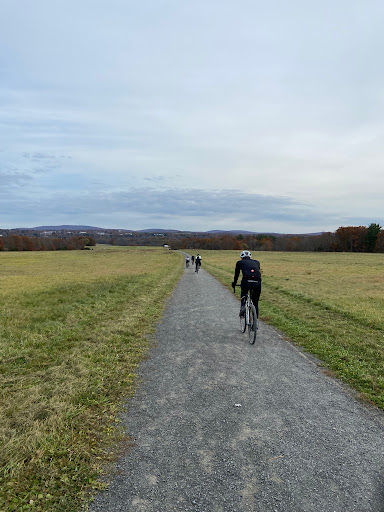 Then we slogged back on the greenway to the cars 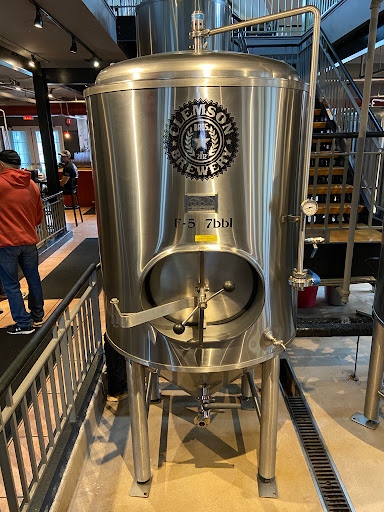 And stopped for lunch and beers at Clemson Brother's Brewery 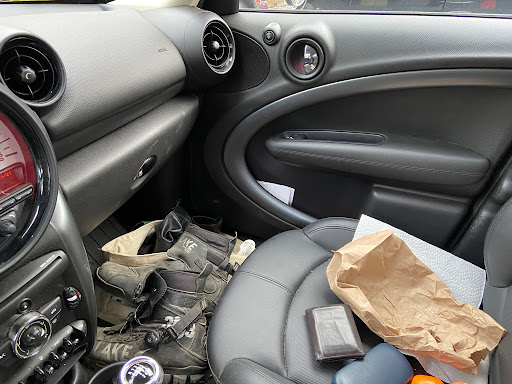