It was such a nice day on Sunday that I asked Elliot if he wanted to go riding and he gave me a waffled response.  At lunch time instead of asking him again, I told him we were going riding. With my daughter off to college I now have my Highlander back so I loaded it up with our bikes and we headed down to the Monroe Rail Trail. 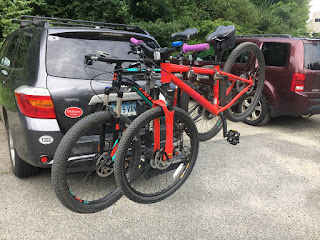 Off we went and despite him following a bit too close at times and other times he would half wheel me a bit he did really good for someone with a visual impairment. 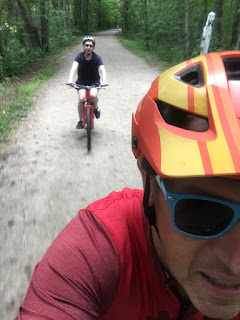 He's been riding this summer with his mother but little did I know their rides were really limited. My wife can't let her heart rate get too high and therefore has to walk any hills that they may ride. Additionally, it seems they don't ride very far, either. 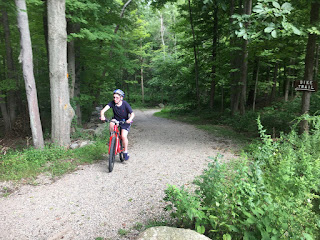 Today, we rode nearly 20 miles and by the end of the ride I think he was in awe of himself after having no trouble riding this distance. Hopefully, he'll want to do it again next weekend and maybe we try and go farther.