A week prior to D2R2 I strained my back while patching the driveway. I knew by the way it felt that is was just a strain and nothing serious. I treated it with ice, Tylenol, heat and Icy Hot following the injury.  Still, by the time Friday rolled around riding this year wasn't going to happen. Realizing this early I contacted the organizers and asked if I could volunteer to help at the day of the event.  By volunteering, you get to ride for free only my free ride will be next year. Registration hasn't even opened for next year and I am already signed up. 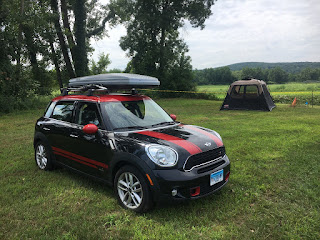 I loaded up the MINI, sans bike because I didn't want to be tempted what's so ever to try and ride, and headed to Mill Village Road. I had contacted the organizers a few weeks before about where camping would be and the tent camping was going to be in a field that overlooked last year's camping area and in the south west corner there was nice copse of trees that would provide plenty of shade. 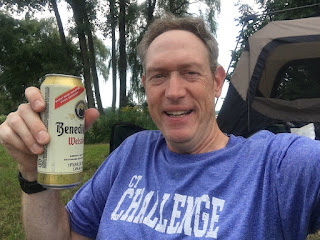 I got there early to make sure my crew would have plenty of room to move in. After getting my tent set up I relaxed in the shade and enjoyed a Benediktiner Weissbier. 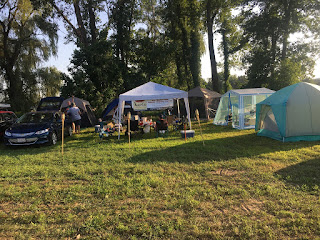 As people started showing up, the camp started to grow.  In the end there were 8 tents for sleeping, a 10x20 canopy, a screened cooking tent and another screened tent in case the bugs got too bad. 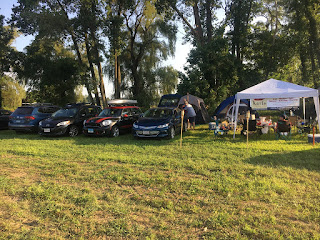 The usual suspects were there: Todd, Scott, Jasmine, Will (x2), Rob, Jason, Tim and Mike. Some new comers included Todd's cousin Steve (?) from Pittsfield and Kevin from NYC only he decided to get a hotel room (wuss!).

A few passerby's wanted to know if we were selling Karls Sausage but Rob had just picked a sampler in Peabody and asked if they had a flag he could borrow but all they had was this banner. 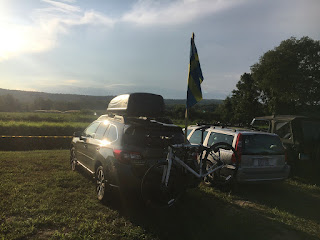 Jason's Swedish flag also brought some inquiries as to our origin. 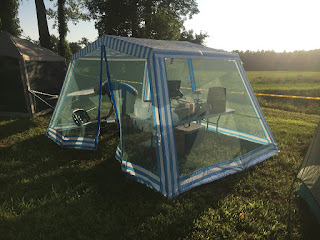 While no one spoke Swedish we were treated to a smorgasbord of chips, beer, pickles, cheese, chicken kabobs, Cheetos, margaritas, beer, and fried baloney. 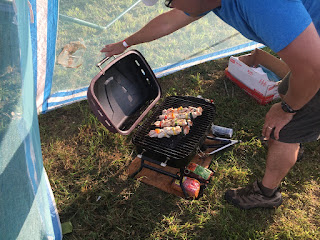 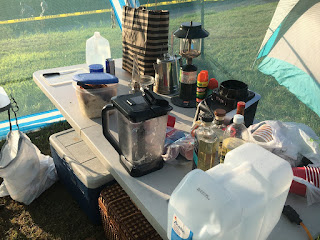 We had expertly blended Margaritas thanks to Rob's Chevy Volt 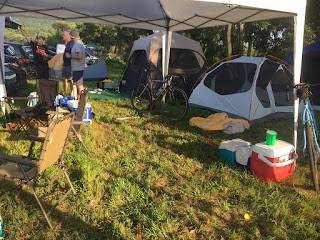 which gave us power all weekend 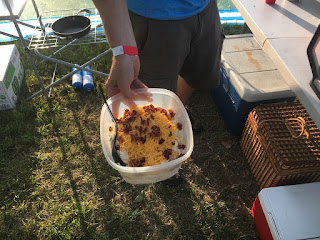 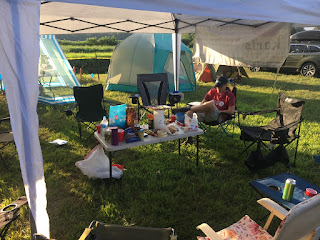 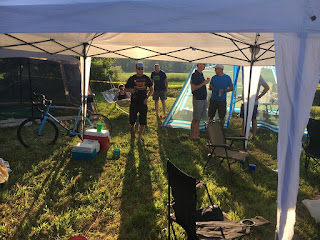 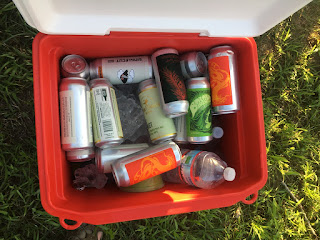 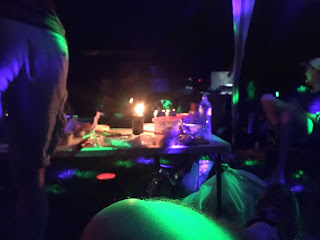 With the tiki torches and bug candles lit we were able to just hang out under the company, talking shit and drinking beer. Scott brought a disco ball! 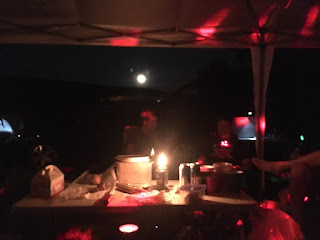