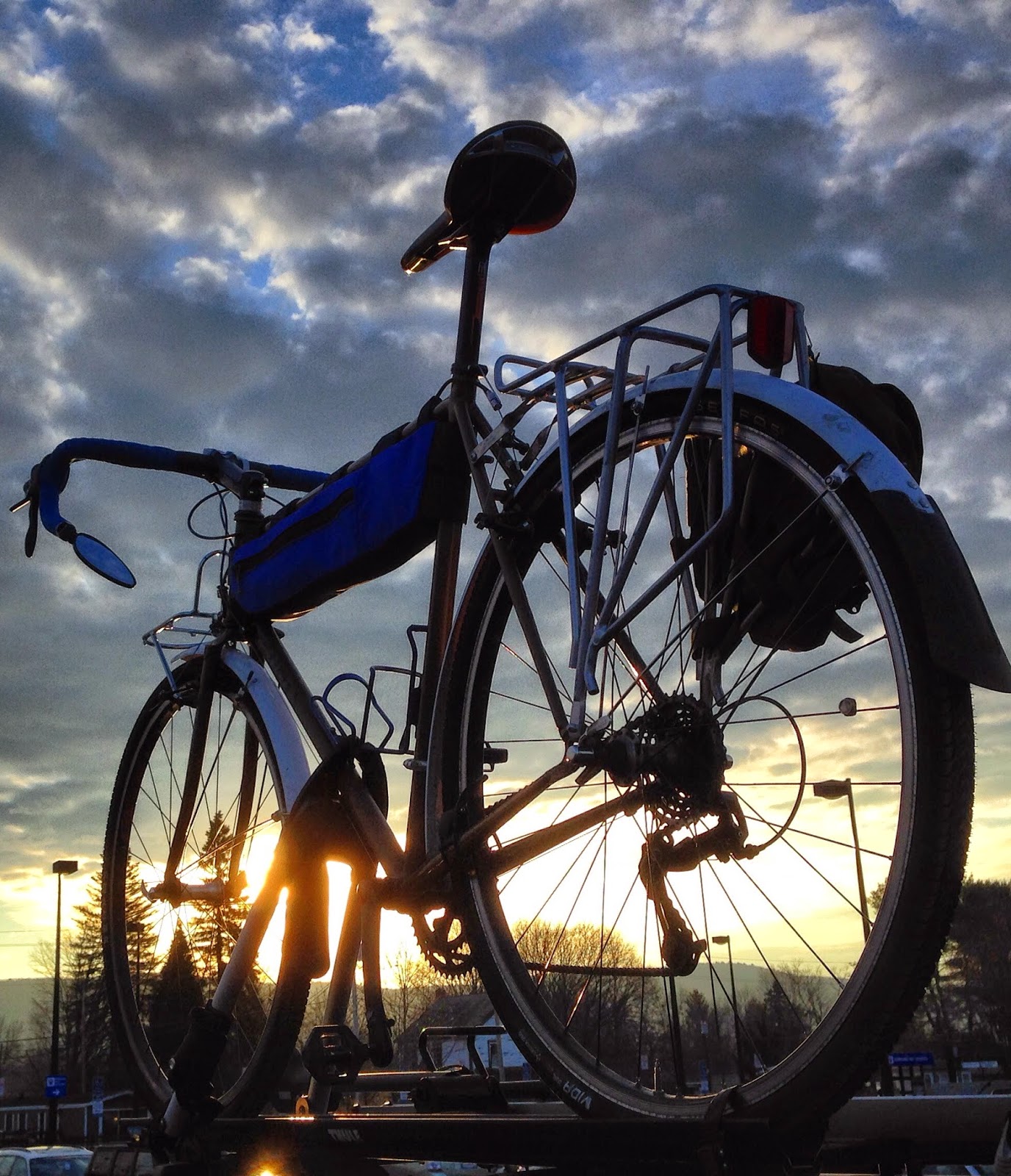 I got the idea for a ride in this part of NY when I found there were a few dirt road climbs heading west from Dover Plains so I dug a little deeper using Bing Maps (great source for finding the dirt) and discovered there were quite a few dirt roads between RT 22 and the Taconic Parkway!
Will and I met at the Dover Plains Metro North station around 8 AM and we headed south towards Old Route 22 and then headed over towards Dover Furnace and got our first taste of dirt on Ridge Rd.  This is a 5.9 mile climb with almost 2.5 miles of dirt and a net elevation change of 800 feet.  The average grade is only 3% with a grade max topping out at 11%.

Then we headed over to Butts Hollow Rd, which is a 3+ mile dirt road with some climbing and a lot of descending.  When I plan a route I try to minimize the amount of overlap so the way it worked out is that Butts Hollow had to be a descent if we were going to ride up Tower Hill.  The main attraction to D2G2 is the Tower Hill climb and it's surprisingly the longest dirt road section of the whole ride, almost 5 miles and probably the steepest climbing of the whole route. 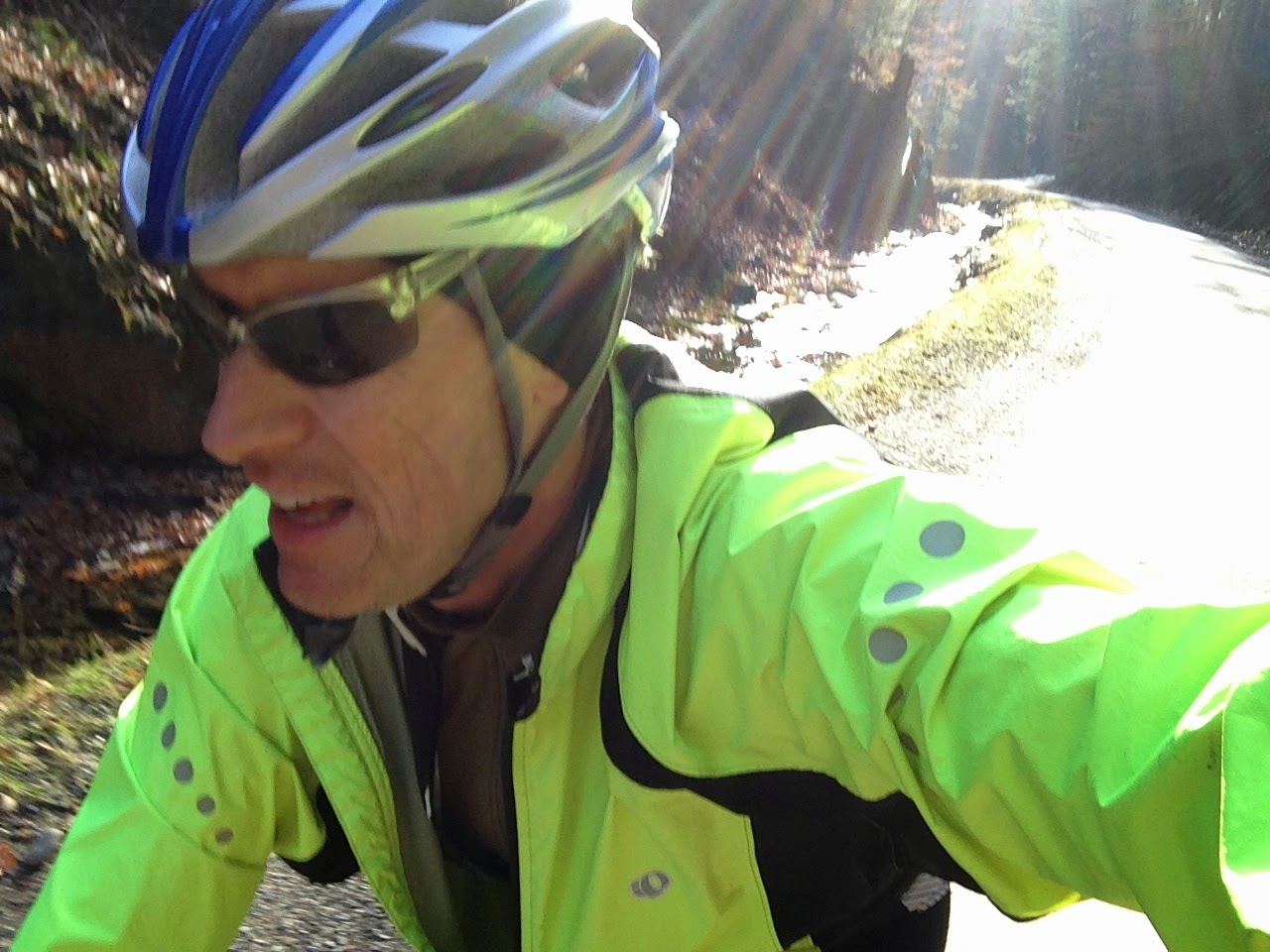 Tower Hill tracks up a narrow, steep walled canyon initially along side a babbling brook that must wash out the road during a really good rain storm. 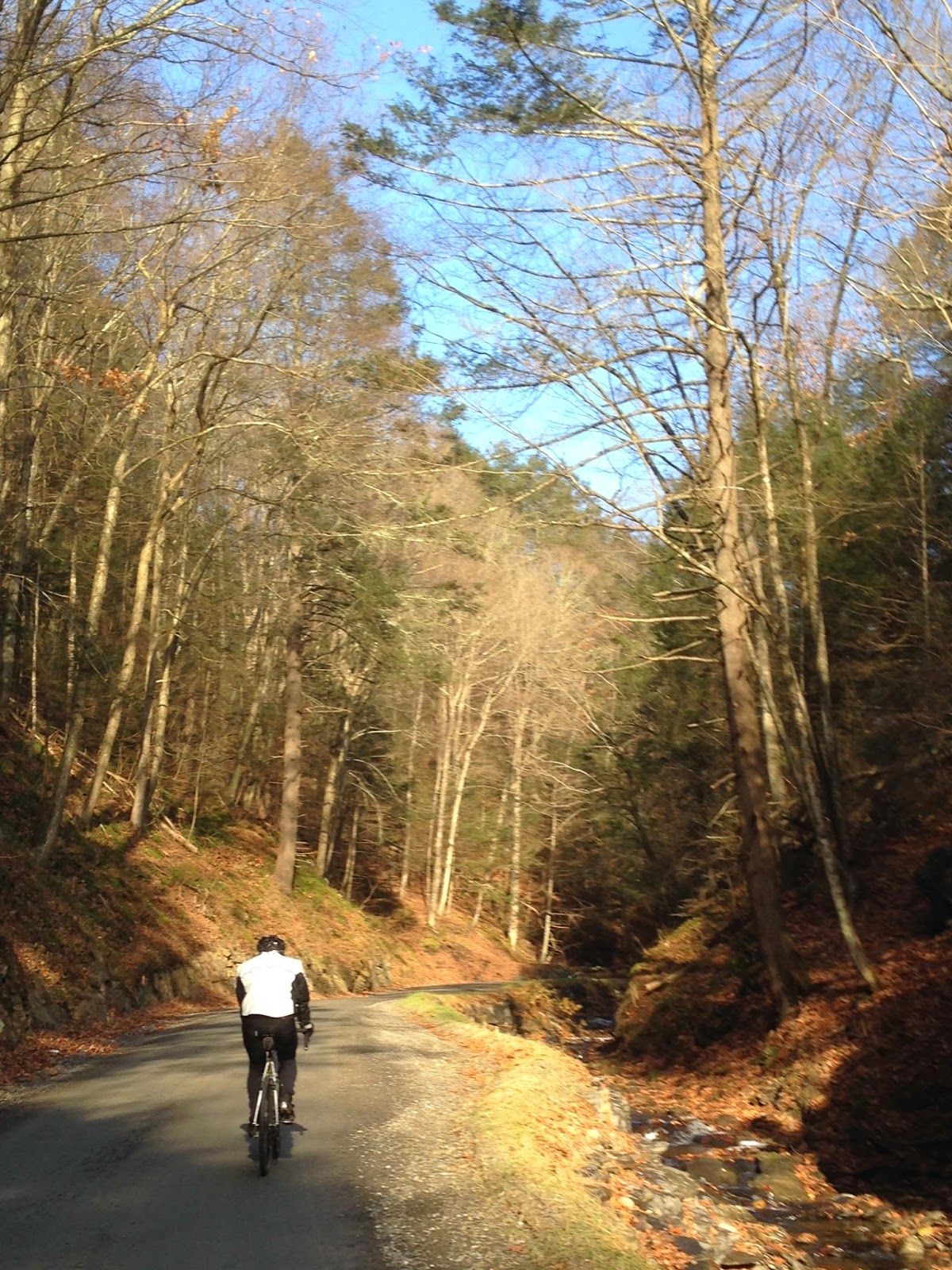 There is a switch back in one of the steep sections of the climb, around 10%, which makes climbing this hill a slow but fun grind. 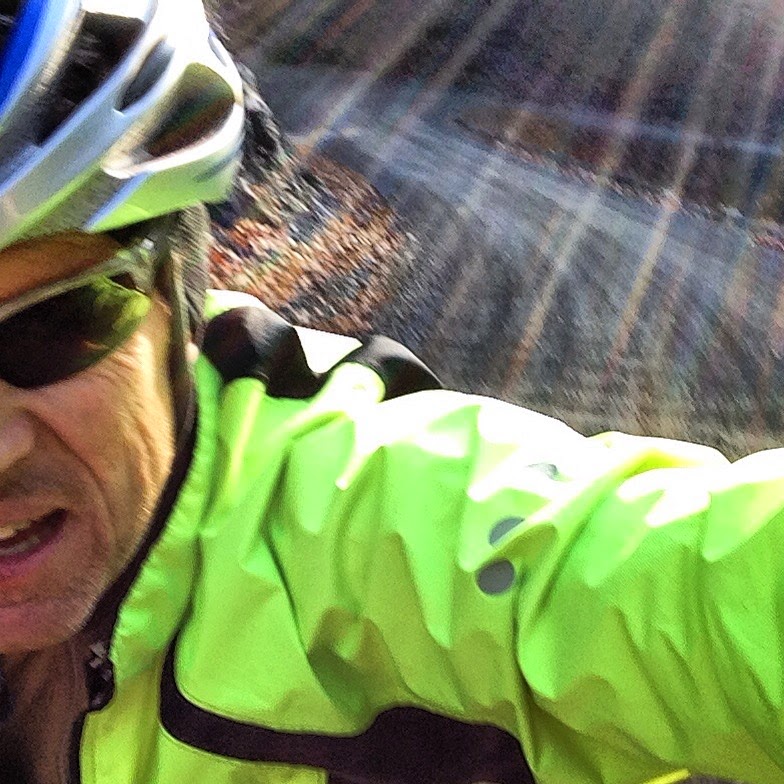 And it's one of those hills that keeps going and going.  Just past the turn off into the back side of Wassaic Multiple Use Area, you are faced with the steepest section of the climb that maxes out at 13%. 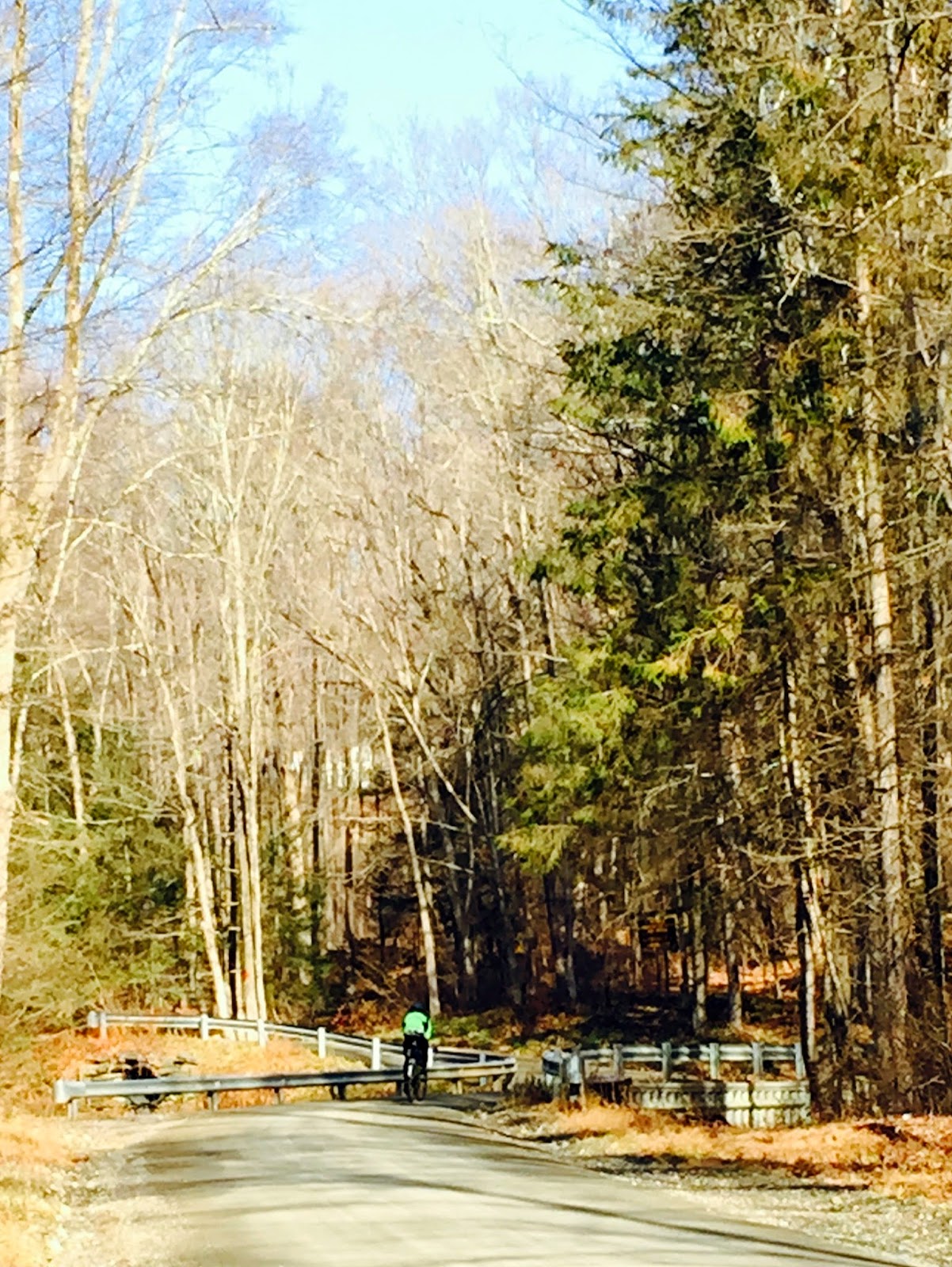 From Tower Hill, we rode down Route 44 and stopped at the 25 mile mark to enjoy a Peanut Butter and Jelly sandwiches that I packed in my saddlebag.  Will's children are allergic to peanuts so there is none in his house so I brought a couple of them for the ride. 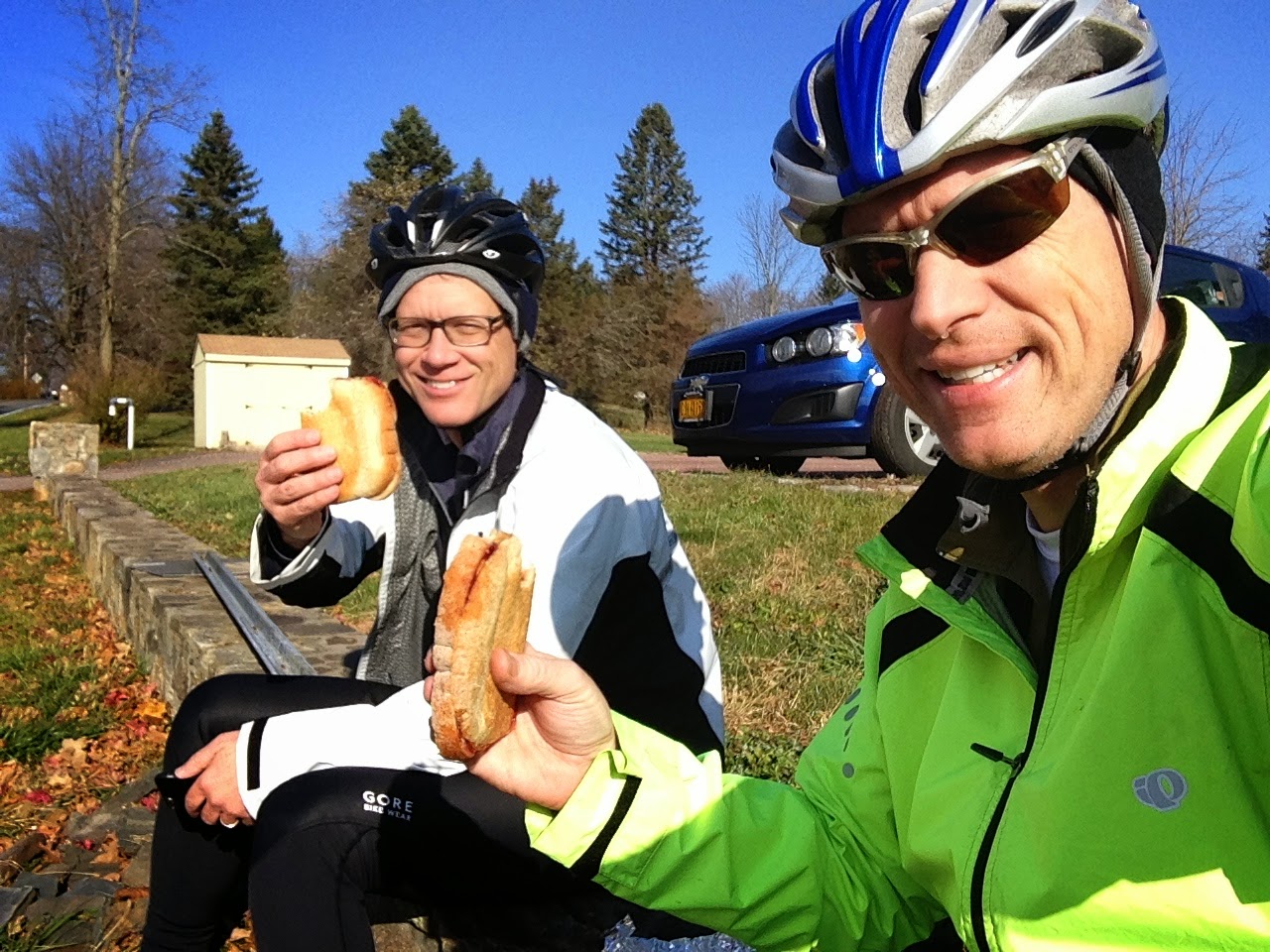 From here we headed north and took another dirt road called Daheim and then headed further north to what I thought would be yet another dirt road that would allow us to bypass riding Rt 44 only to come to find out that's a private road.  That's one of the risks of online mapping is that sometimes roads that the mappers thought were public roads either aren't public or are really just someone's driveway or private property. 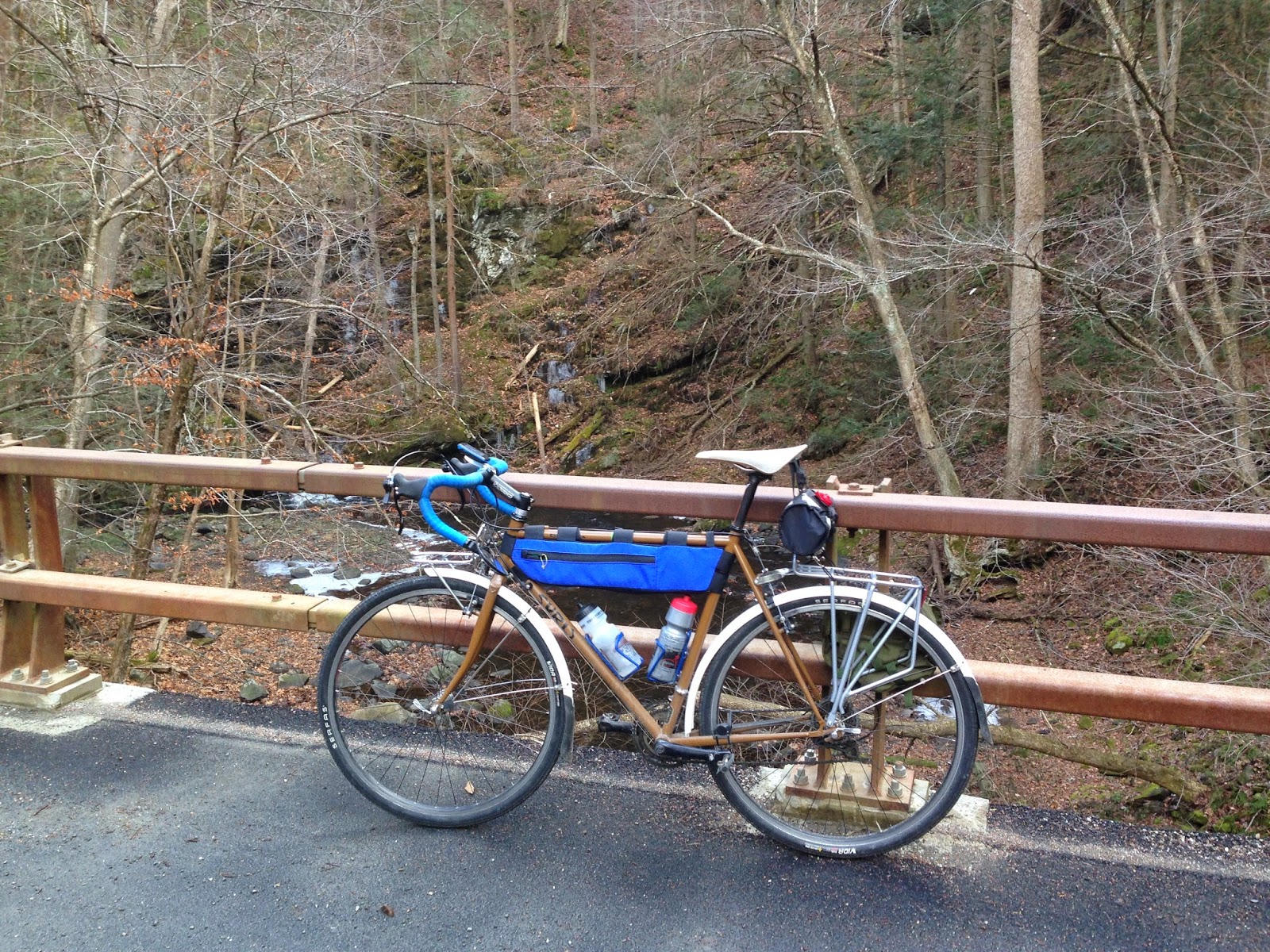 The dirt roads north of Millbrook passed through bucolic farm land with country estates, working cattle farms, and a lot of horse pastures.  At one point, near a grass airstrip we encountered a group on horseback decked out in Red and Black riding frocks from a Fox Hunt!  Didn't know that kind of hunting still existed but it does.  Didn't see any blood on anyone's faces so I presume it's done with a little civility. 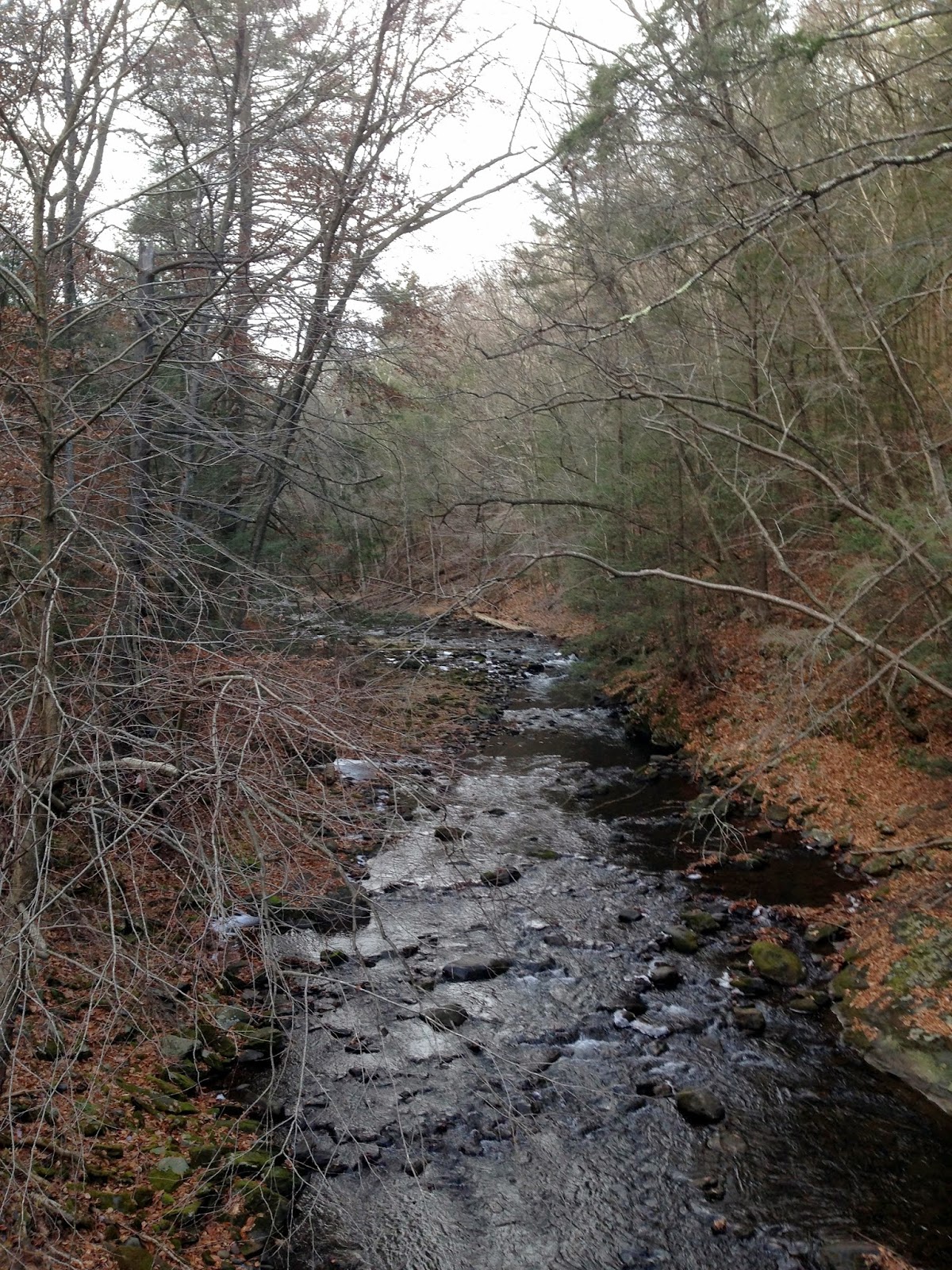 The last descent was down through Deep Hollow, which is a longer dirt road than Bing says it is.  In fact, Tower Road is all dirt, too, but Bing only got it half right.  After crossing this stream it turns to pave and at end of the road there are these charcoal furnaces that are really cool to visit. 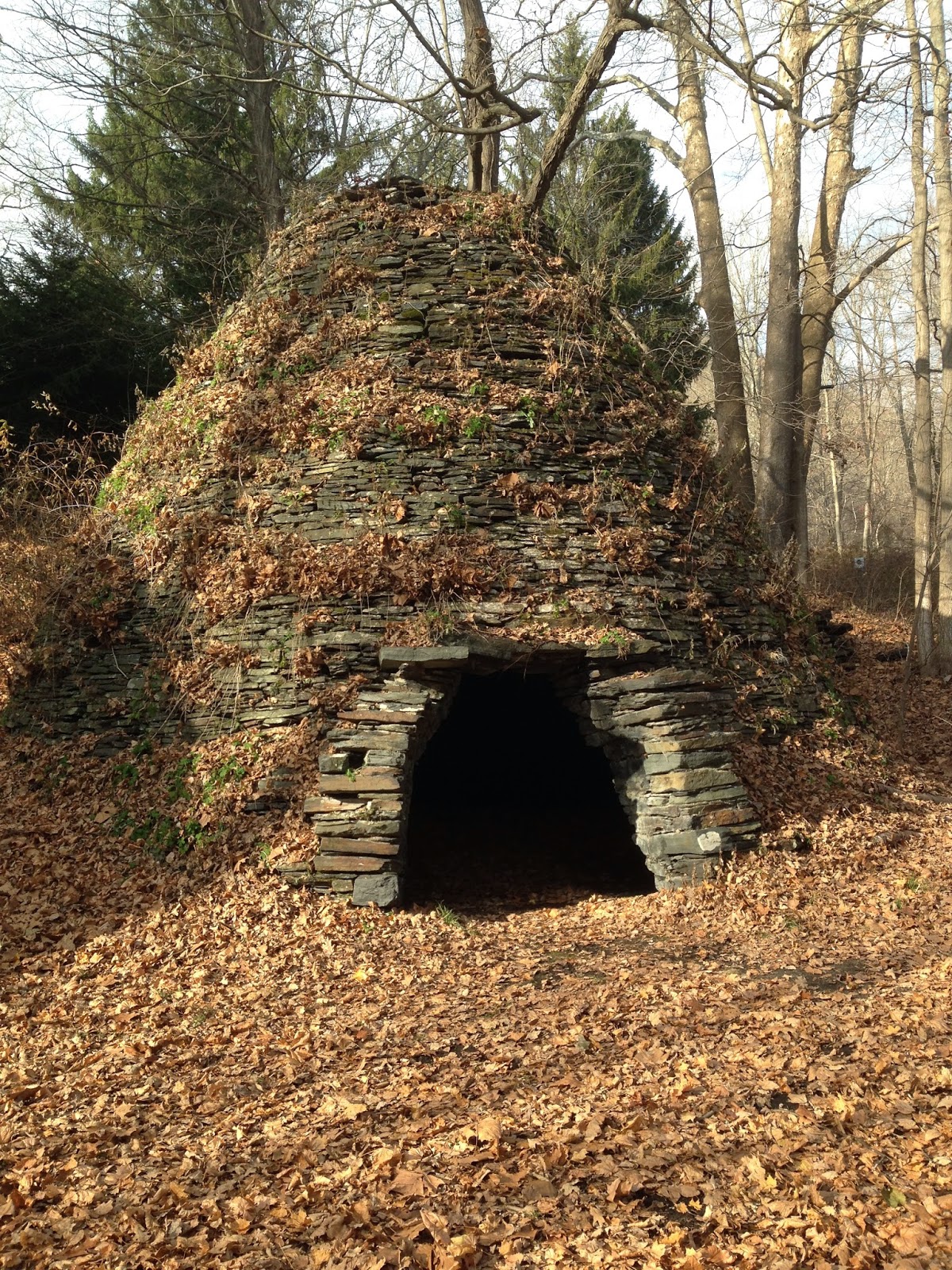