I have two commutes on these tires in which I rode at full PSI and also a diminished PSI and both rides were great.  I even rode them in wet conditions and I have no complaints. However, the other use for my Surly Cross Check is dirt road riding, aka Gravel Grinders, so I took the opportunity last Sunday (see my post:  Sunday Gravle) to try the tires on the dirt roads and trails in Roxbury and Washington, Connecticut. 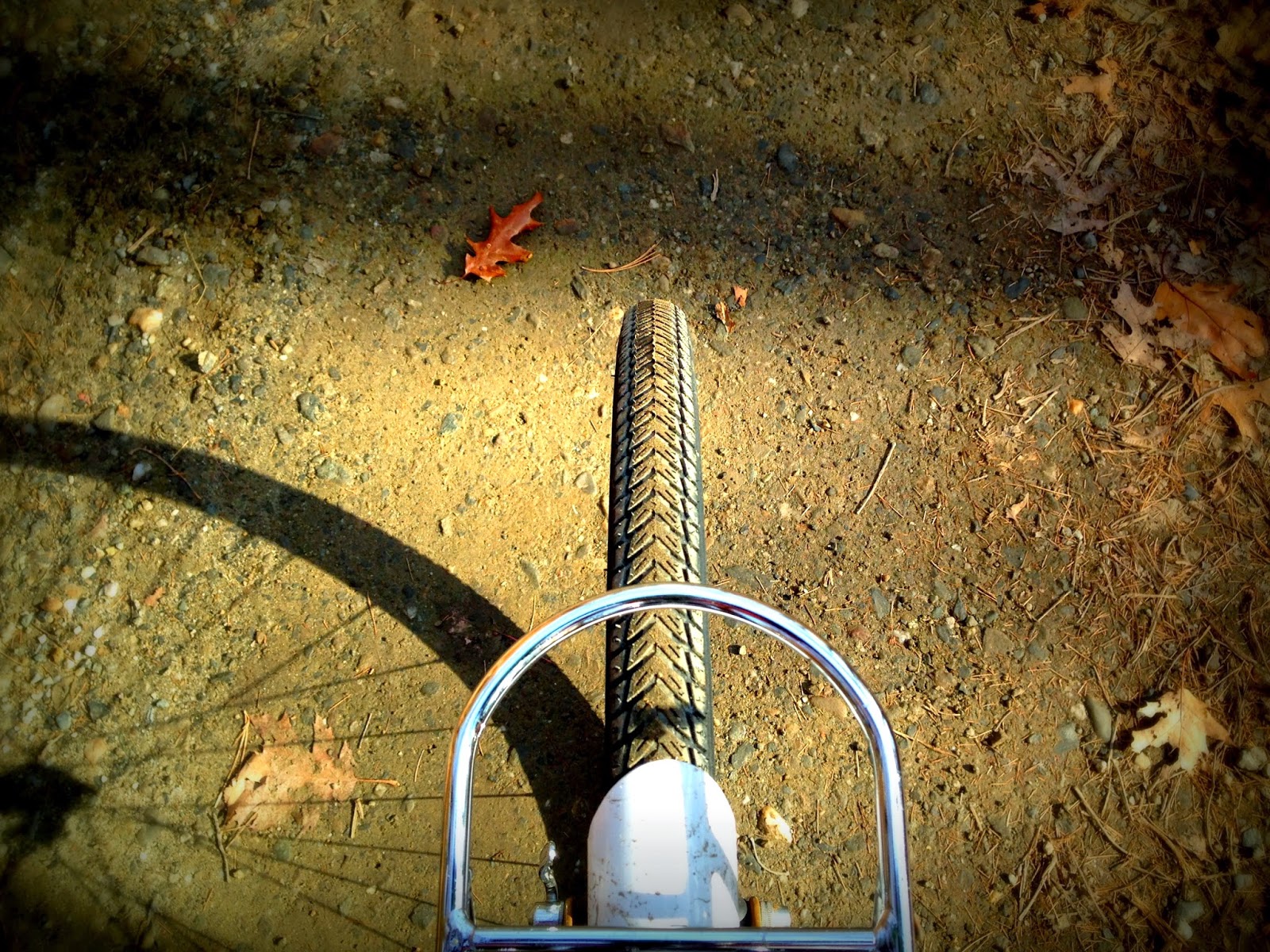 I rode at 80 PSI in the rear and 75 PSI in the front.  Riding to the trails, the tires were great, it was like riding my road bike, but on singletrack it was an entirely different story.  The high pressure made the ride very bouncy but it worked. No trouble getting over roots and rocks, in fact keeping the pressure up seemed to help a bit because it felt like I was bouncing over the obstacles more. The only trouble that I had was climbing on the leaf covered trails because there was absolutely no traction. Then again, I don't think it would have mattered if I was on a mountain bike because fall line trails are bad no matter what you are riding. 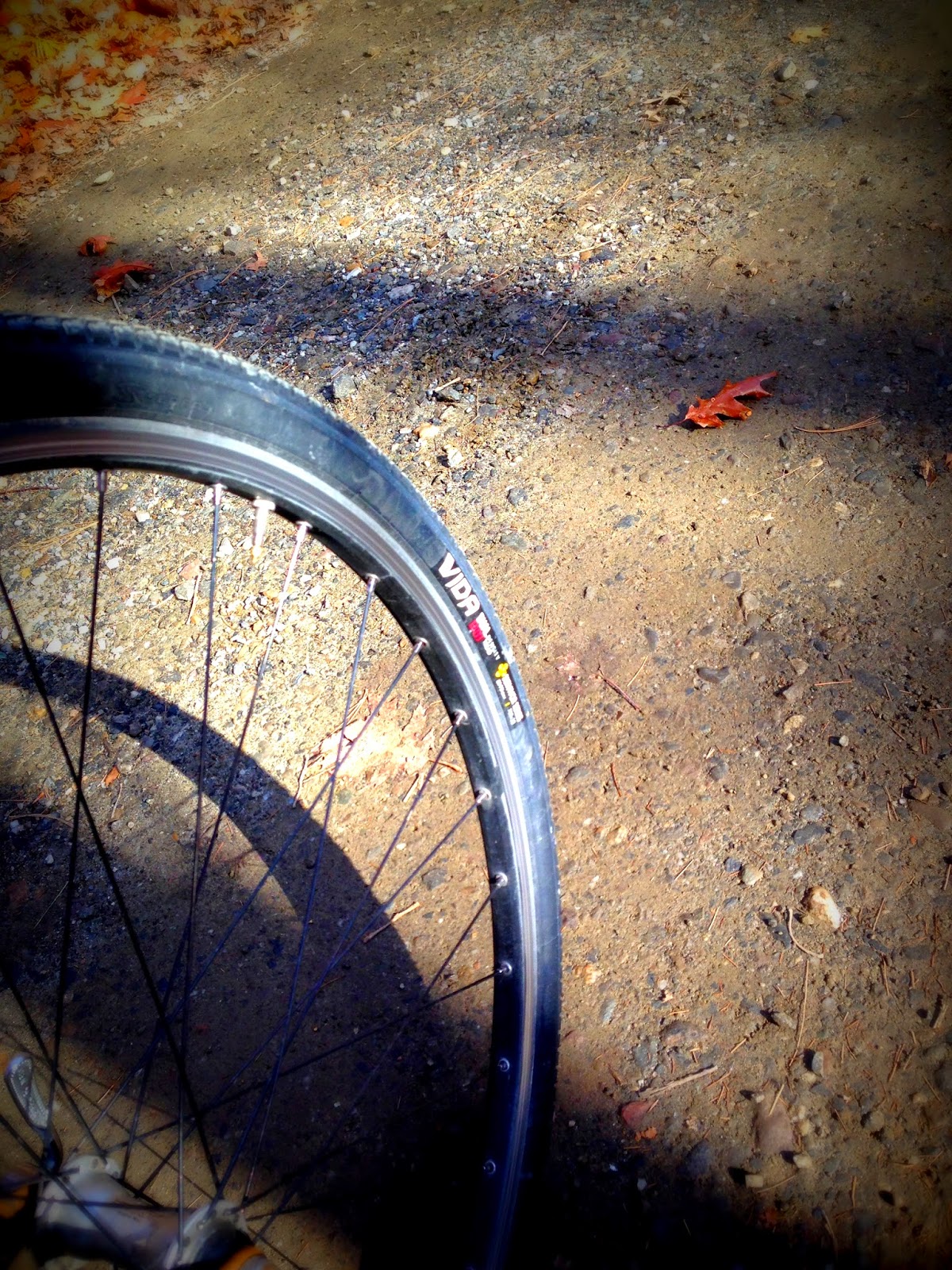 I kept looking for the tell tale sign of having a less aggressive tread pattern was going to have an impact on climbing steep, dirt roads, because we are not in Iowa and ride Gravle around here, that's what you do. On the first major climb, Judds Bridge, I had no trouble and in fact it seemed like the tires helped me get up the hill faster than usual, I hit a PR on Strava for this climb. From Walker Brook Rd to Mine Hill Rd it's an average 6% grade with some steep sections around 16%. The next climb was on Shinar Mountain Road with an average 7% grade and a few sections that are 19% and 21% and tires worked great, however, I did notice a little slippage in the real steep stuff but surface was loose as if it had been recently graded. 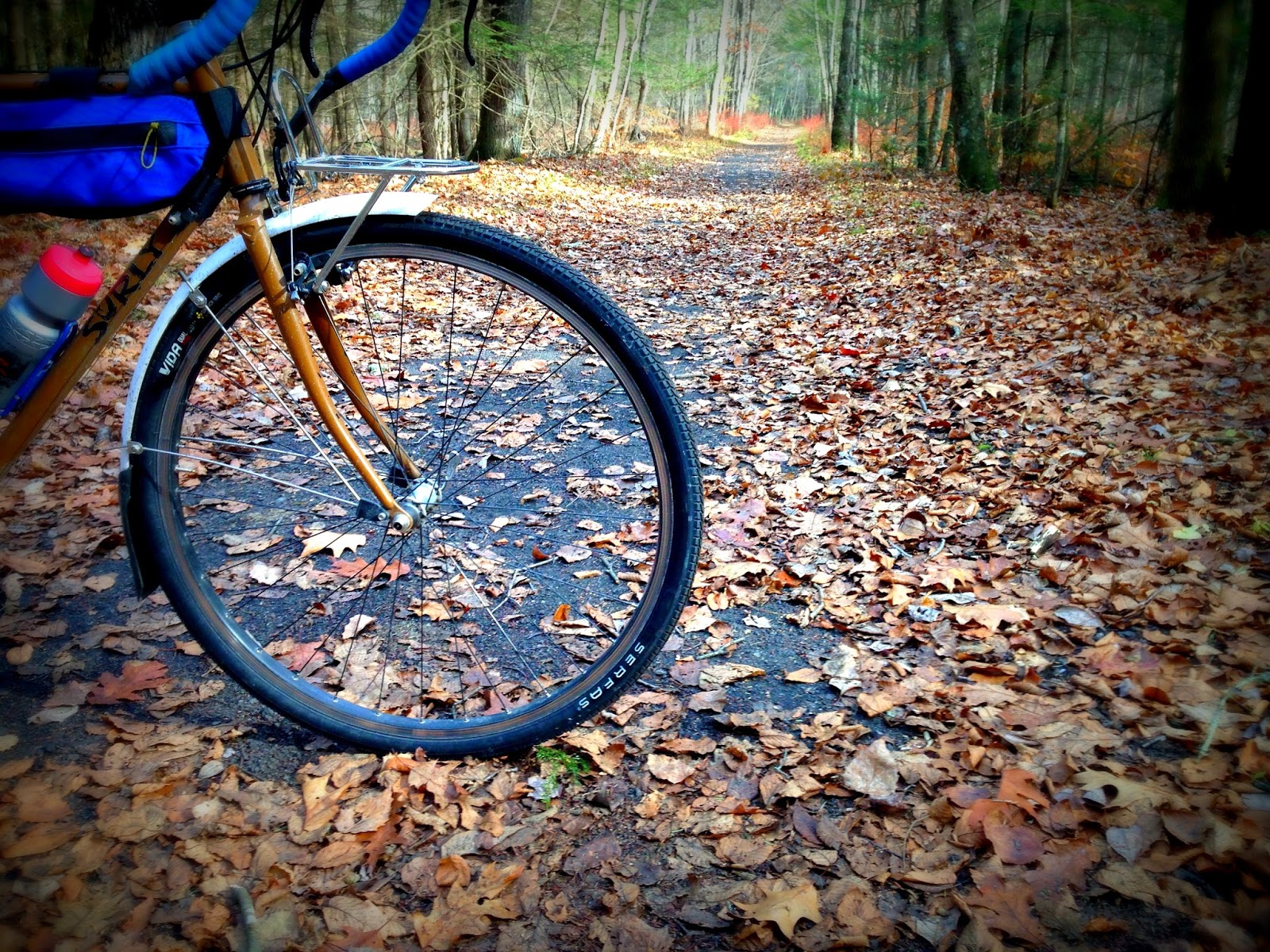 No trouble in Steep Rock Reservation but that's just flat railroad bed.  Another thing that stood out is that the tighter tread pattern doesn't really pick up any debris that I had read about on other people's reviews. I did loose traction, however, on the opening section of Battle Swamp but I don't think it was the tires. This section is an average 30% grade for 20 yards and it was just regraded and the dirt was really loose. You might have been able to up it with some really fat tires, running low PSI, and granny gears. 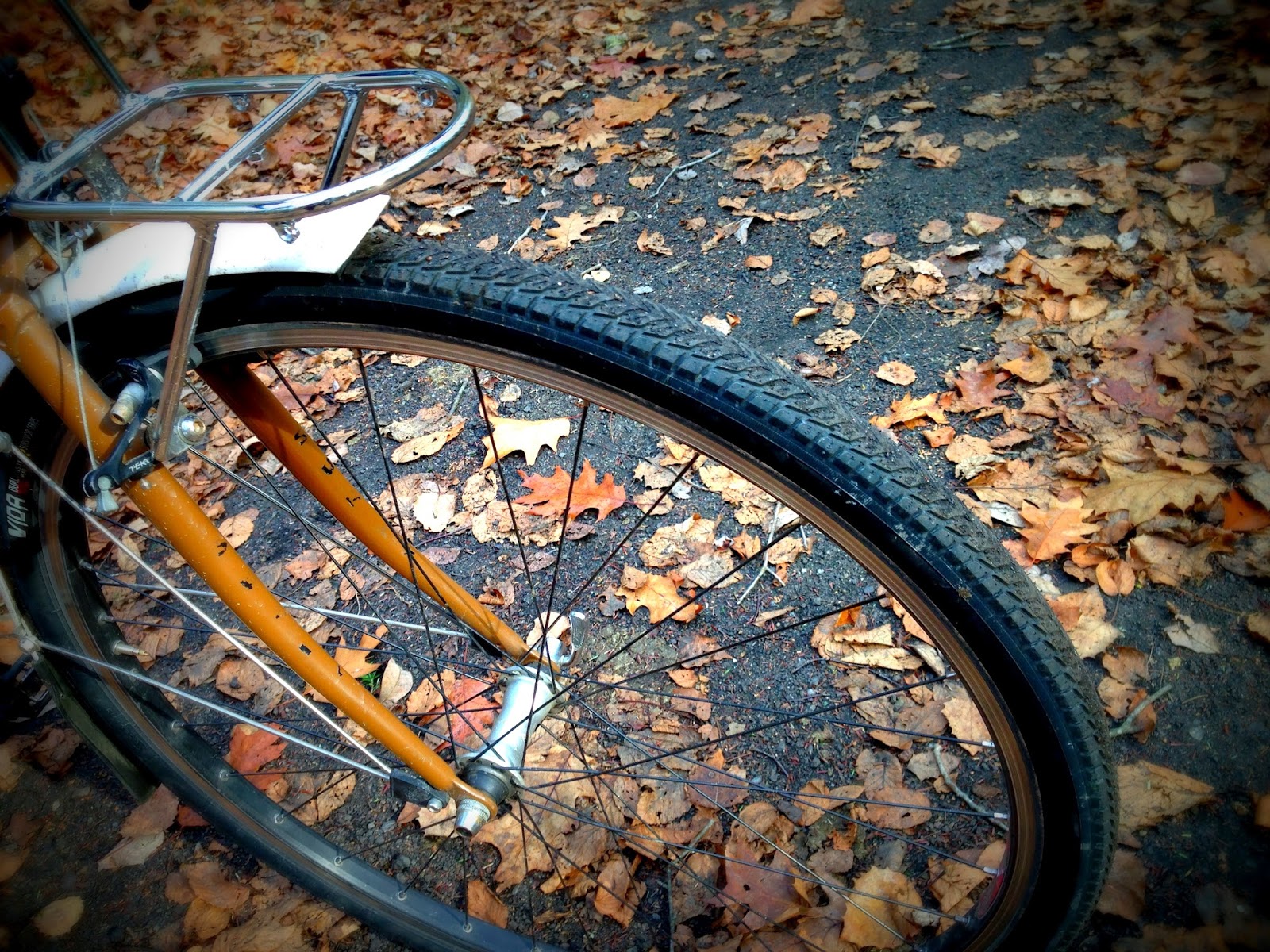 The last steep hill was Moosehorn with an average 11% grade and a section that tops out at 17% and the tires did great!  On the way home, I even road through some broken glass on the side of the road that I couldn't avoid and bunch of thorn bushes on the old railroad bed near my house and upon checking the tires the next day they are still hard as a rock. 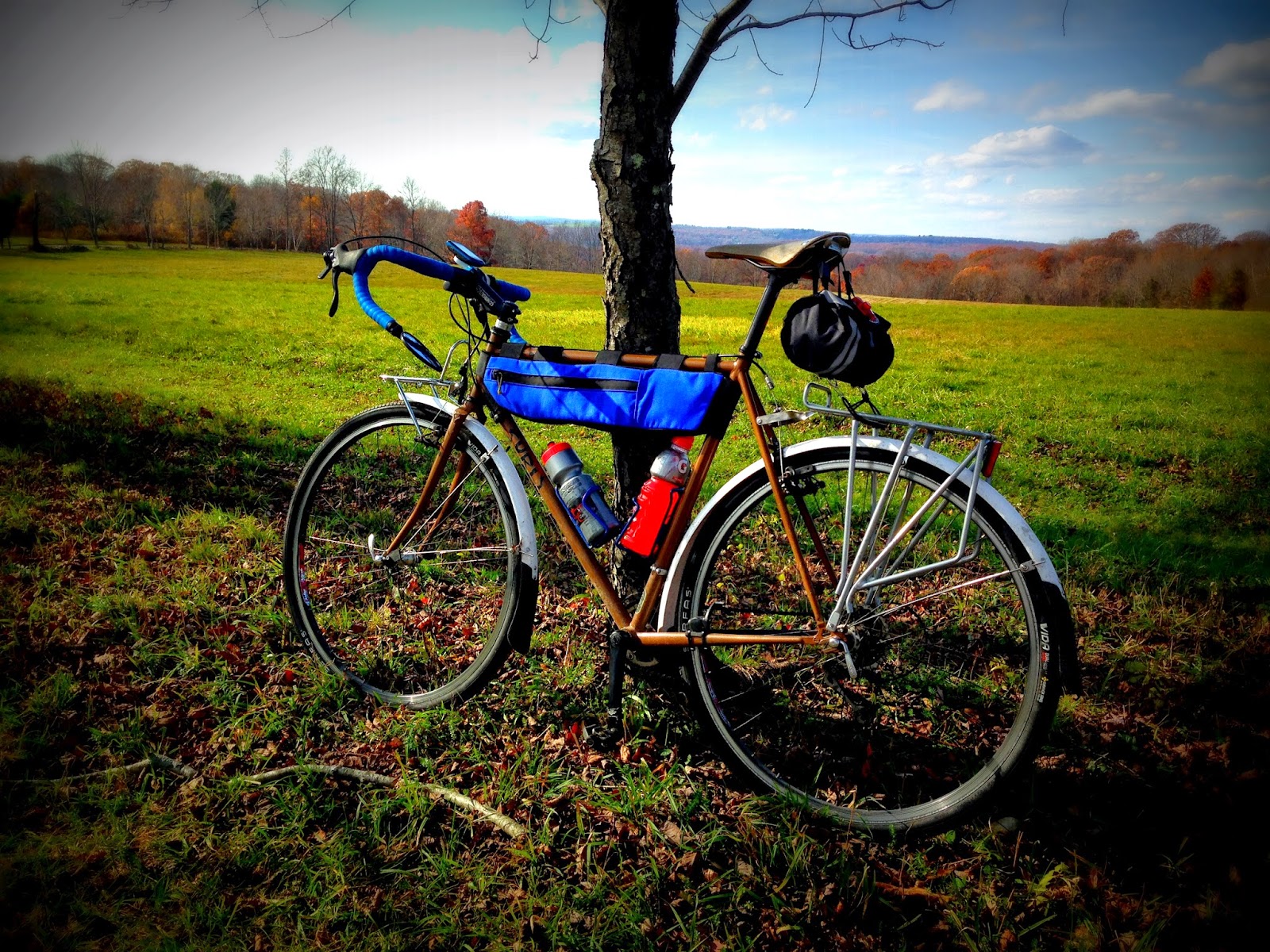 I am going to a similar ride in the coming weeks only with lower PSI and see how the tires handle dirt roads and see if there is any difference in the ride quality.  However, at this point, I would think that if you are looking for good all rounder for commuting, gravel grinders, touring and randoneering; and don't mind the extra weight these tires have, this is a great tire!

To see additional posts on this tire:  Serfas HTK Vida Hybrid Tire Review
at 7:14 AM