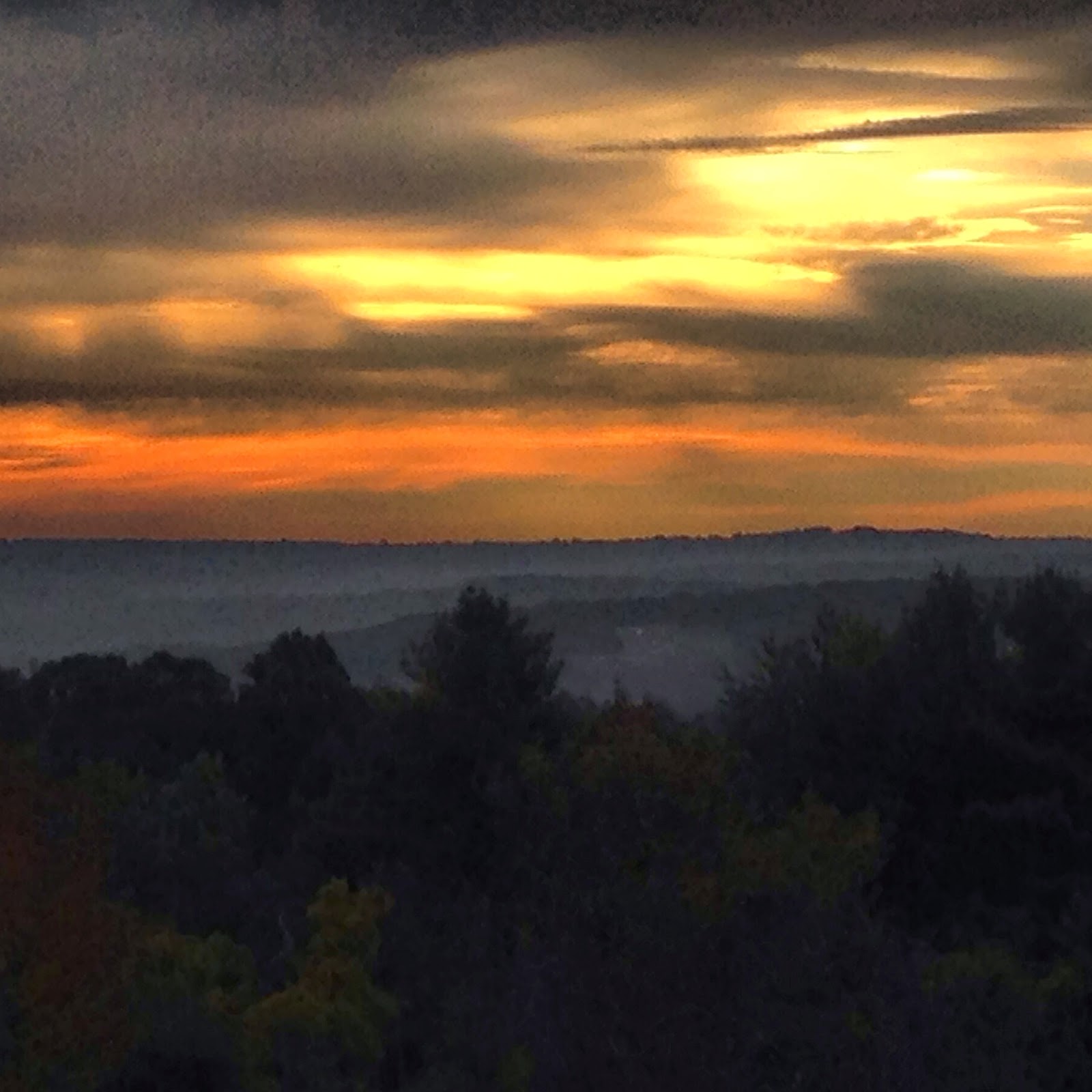 Monday and Tuesday were the last two days of the National Bike Challenge and the race was on.  I was neck and neck with this one woman on the New Milford River Trail Team.  She did a hundred miler on Sunday that put her in the lead when all of a sudden this couple comes out of no where and the wife takes over the lead.  So it was game one for the last two days of the challenge. 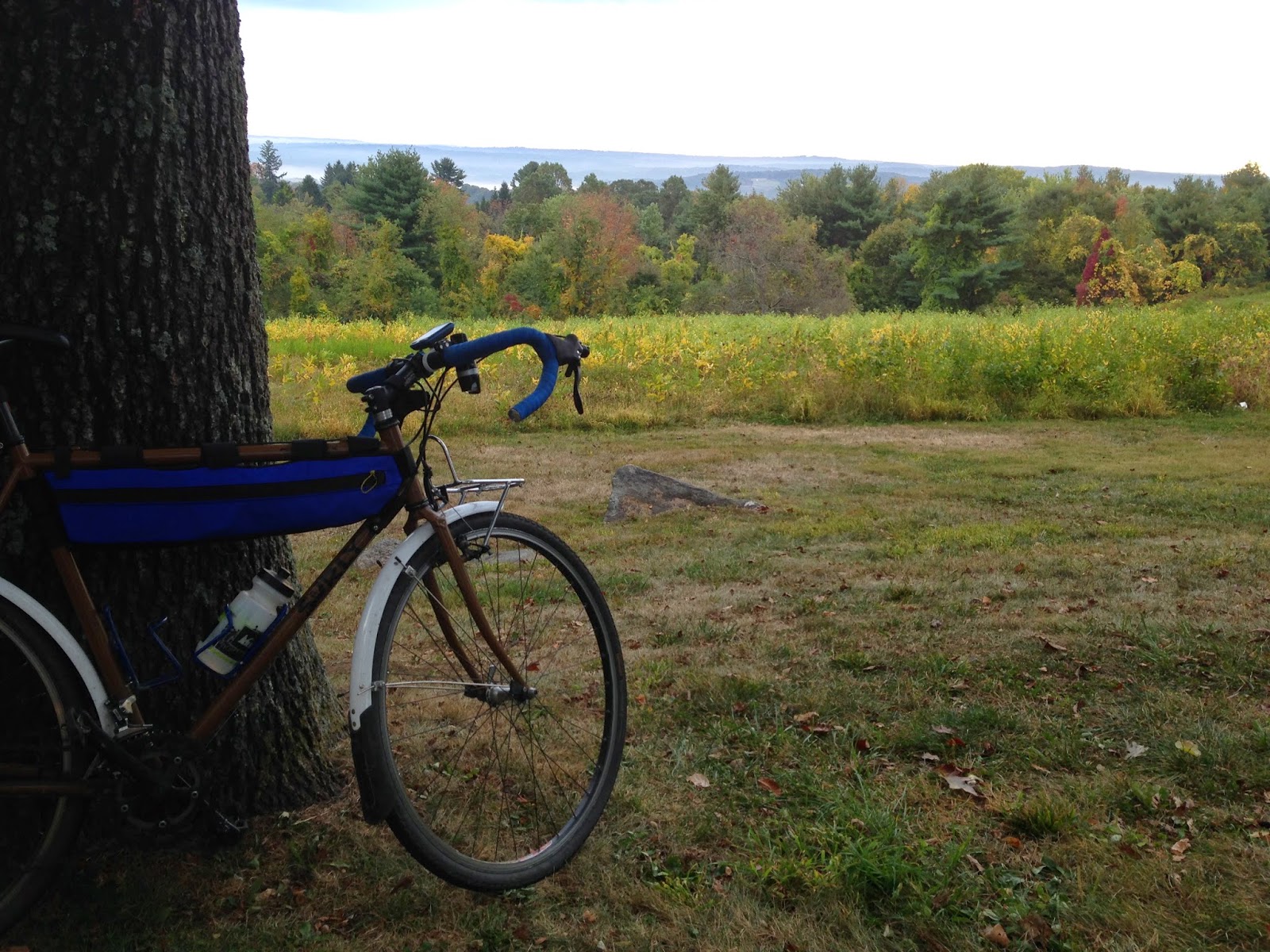 For me to stay in the race it meant two days, back to back 30 mile round trip commutes and with the waning sunlight in the afternoons it meant two mornings riding my 20 mile Castle Hill Route. Monday morning was kind of over cast with a little sun breaking through but nice temps.  In the after noon it was back to short sleeves again. 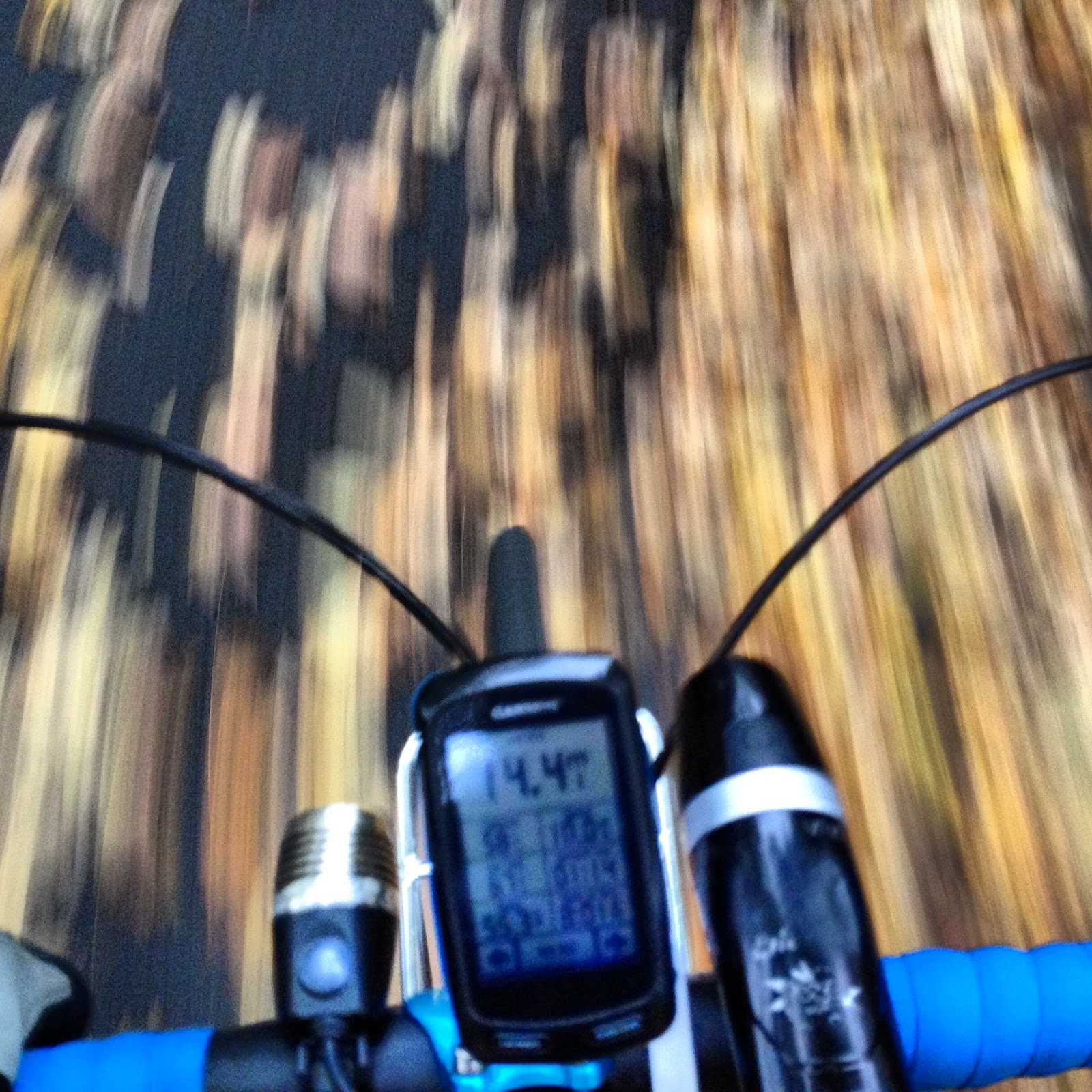 It was misty and leafy on the ride in Tuesday morning and overcast.  I didn't even bother stopping atop Castle Hill for picture.   Bob Maxon of NBC's News Channel 30 predicted potential for rain from midday to late afternoon in the form of pop up showers around the state. 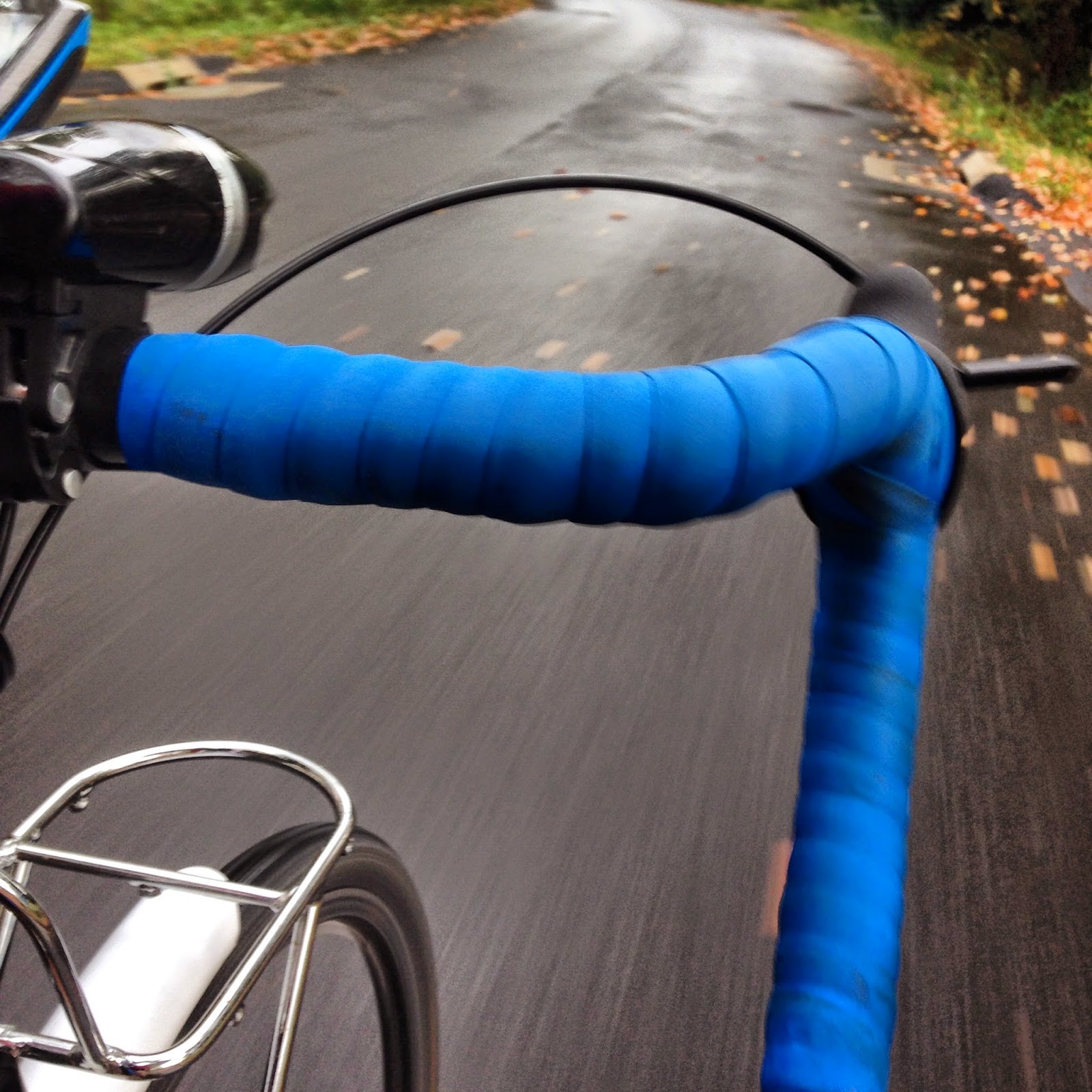 A shower did pop up in Bethel and I just missed it!  By the time I got to Obtuse Road in Newtown it was bone dry but started raining about an hour after I got home. 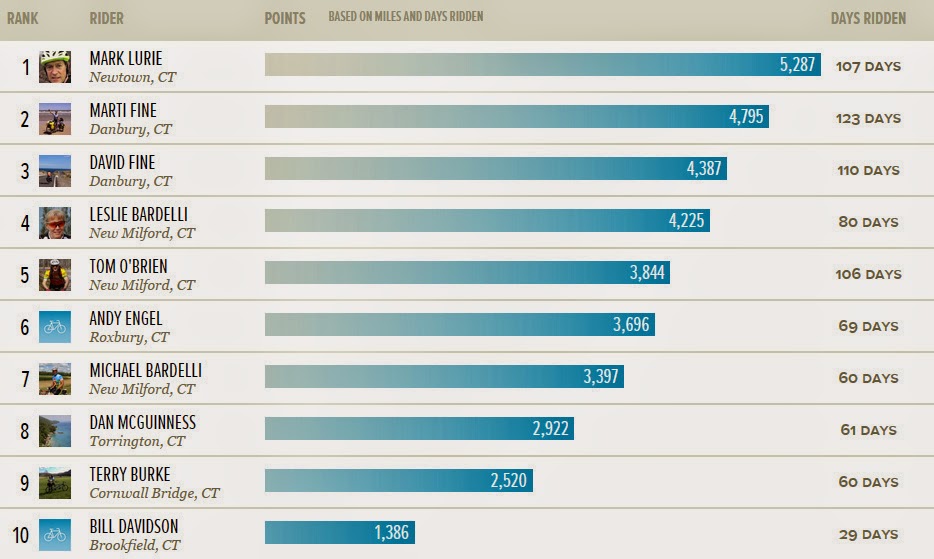 The back to back 30+ mile commutes earned me 100 points to seal the deal and finish the National Bike Challenge at the top spot in my community.  In fact, except for June, I was first 4 out of the 5 months of the challenge, too!  Can't wait for next year's challenge because it looks like I could very well hit 2000 commuting miles this year.  Next year's personal goal, however, is going to be riding to work 100 days, which is probably little over half the number of days I would be driving to the office.
at 5:25 PM