You could not ask for a better day to be riding the Gravle in the Berkshires!  Will and I got to the Cantebury Farm in Becket and it was around 38 degrees but the sun was shining and there wasn't a cloud in the sky!  I felt it was still cold enough of bib shorts and I went went two layers under my jersey but my feet and fingers were cold for the first 10 miles, otherwise it was outstanding! 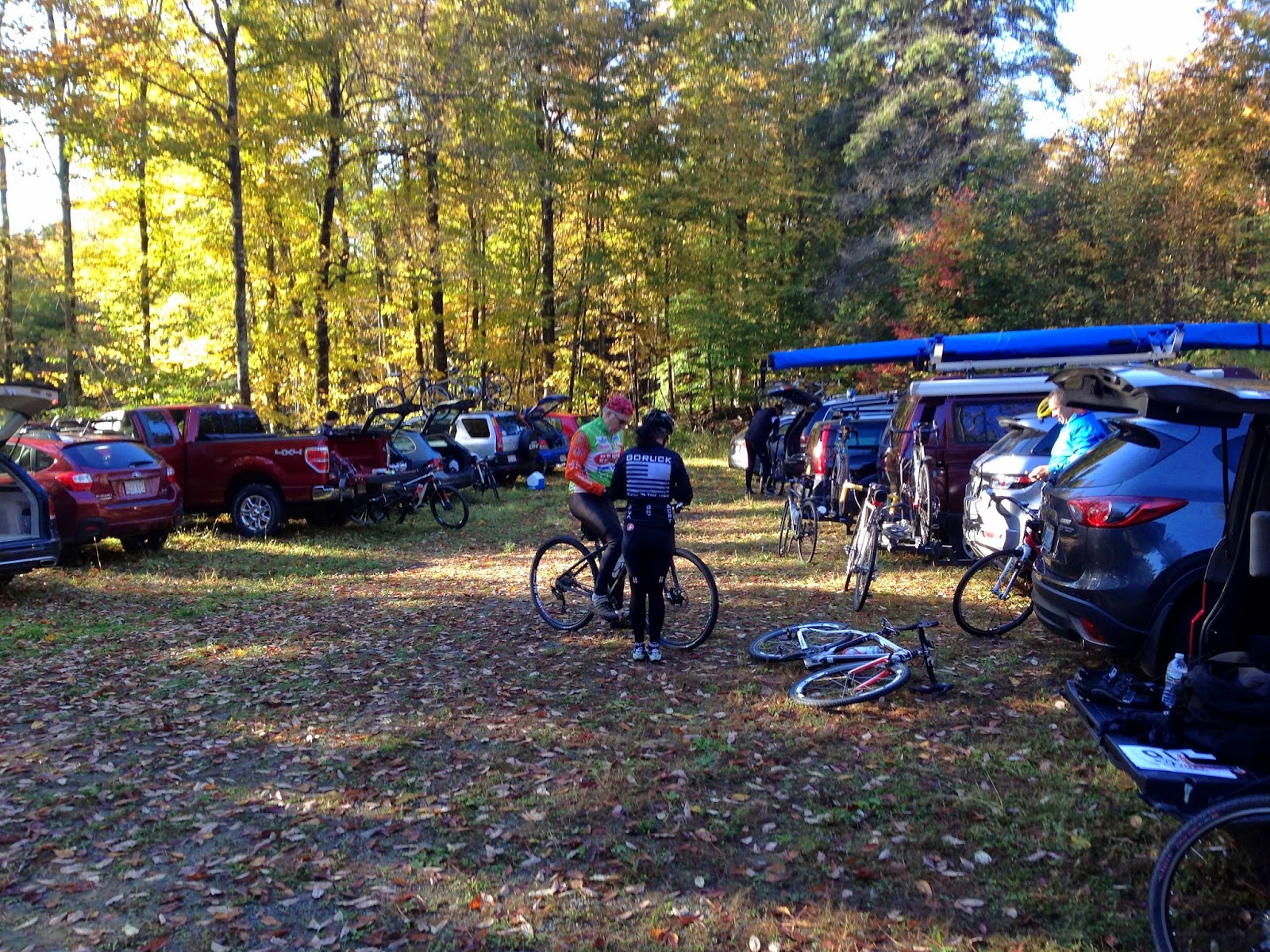 The field was limited to 200 riders due to the amount of parking at the Cantebury Farm and the smaller amount of riders made this event more colloquial and friendly.  For Will and I, this ride was to be our second attempt at Schermerhorn Hill. 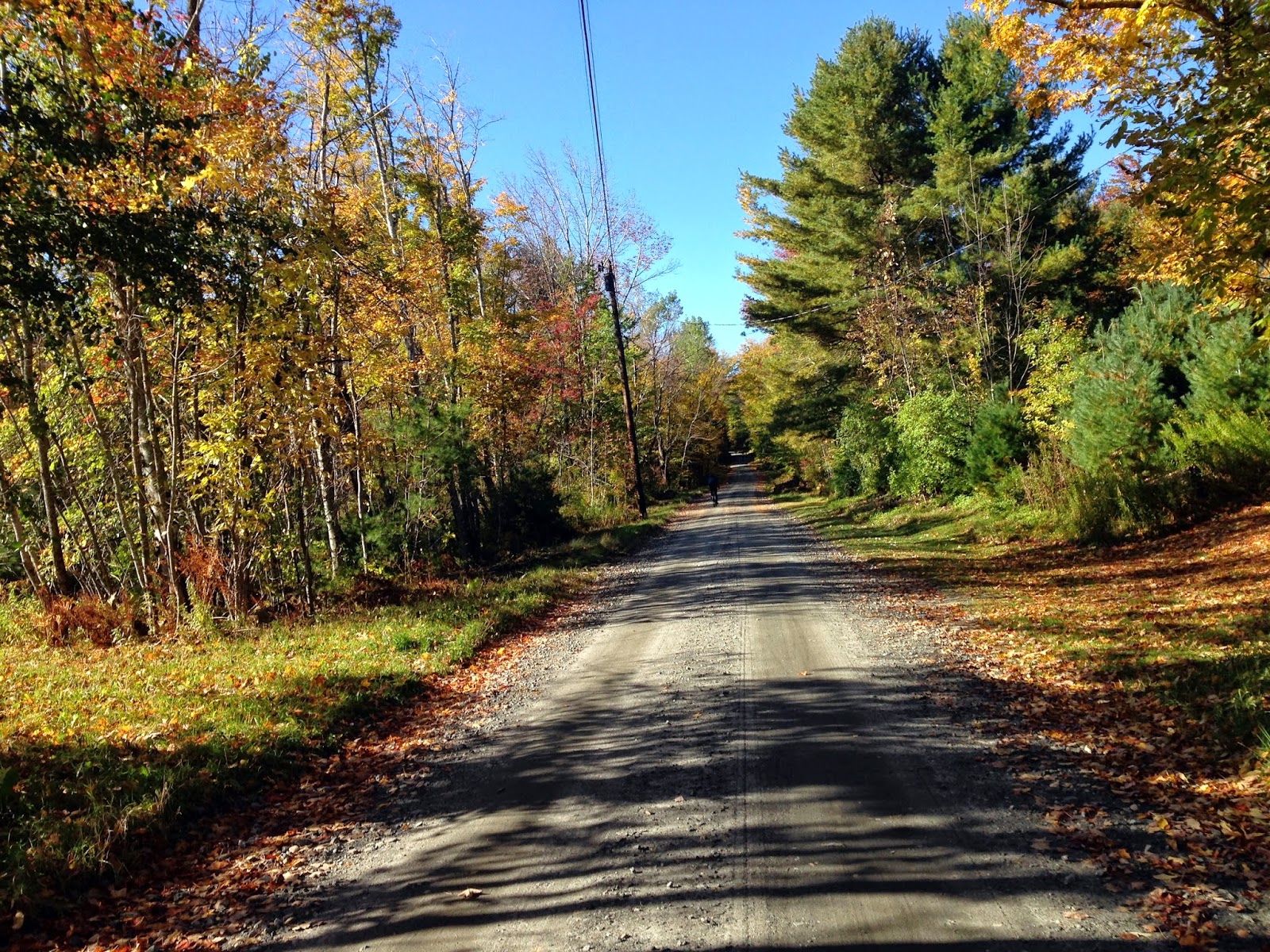 We tried to ride it previously in July but the Park Rangers recommended against it and directed us to ride New Lenox Road and Whitney Place Road (red track below) which turned out to be the Gravel Grinder from Hell because it was more of a mountain bike/motocross trail and the bugs were horrendous!

Today's ride had us on some Gravle that we were originally supposed to ride last July but didn't due to time constraints and somewhere we had to be.  Each of the Rest Stops were being run by the Pittsfield High School Cross Country Teams and each one had a theme that we had to vote on at the end of the ride. 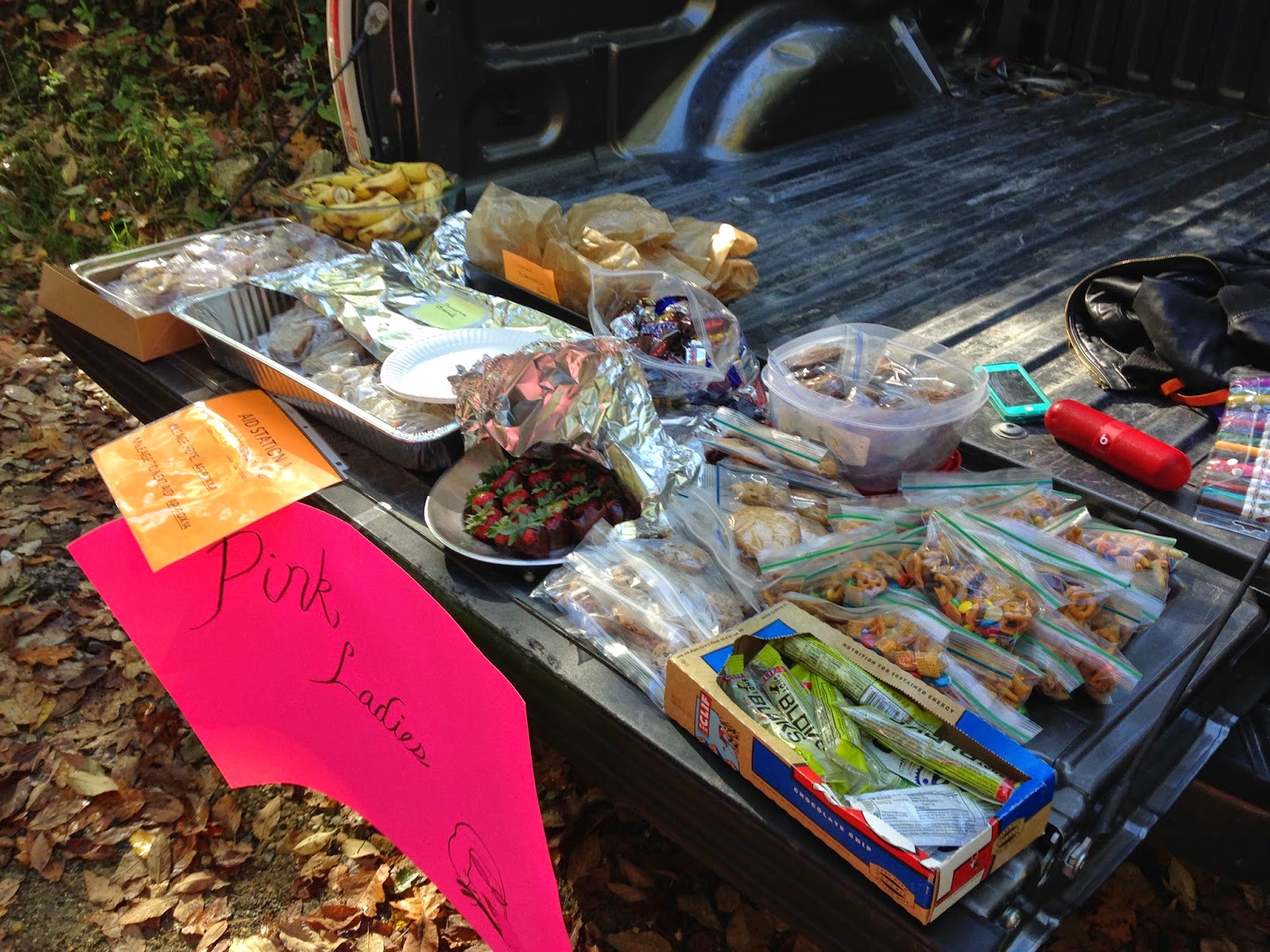 The team with the best theme would win a pizza party courtesy of Berkshire Cycling Association.  I ended up voting for the second team because they seemed to have the most enthusiasm, strawberry shortcake shots, and these little moon pies with butterscotch filling that was so delicious I think I had a couple of them.  All the teams were great and it was hard to choose just one. 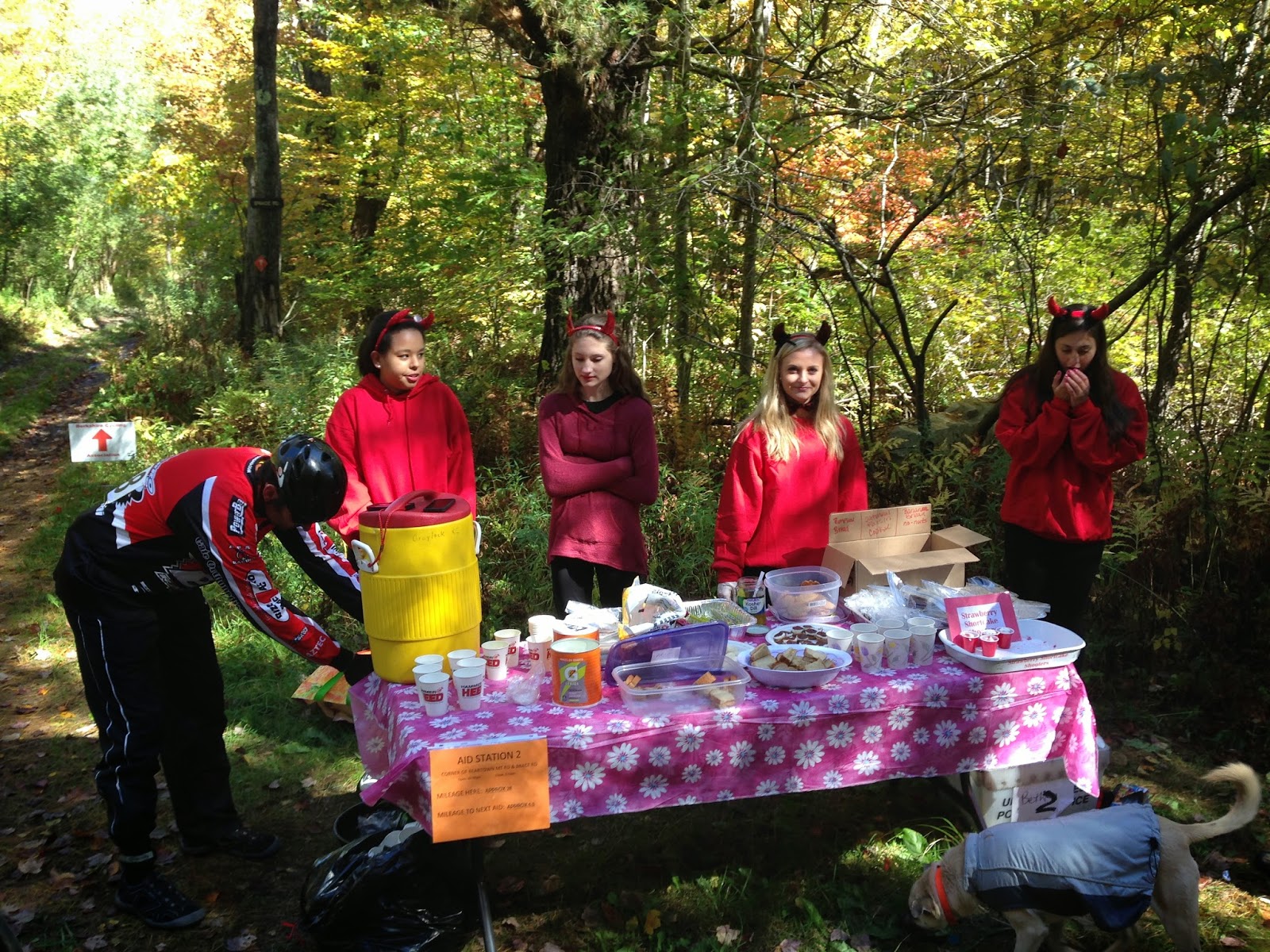 Will and I rode the bonus loop, which was an additional 8 miles through Beartown State Forest, and it was basically all climbing.  One section was a dual track trail but the Surly Cross Check handled it fine. 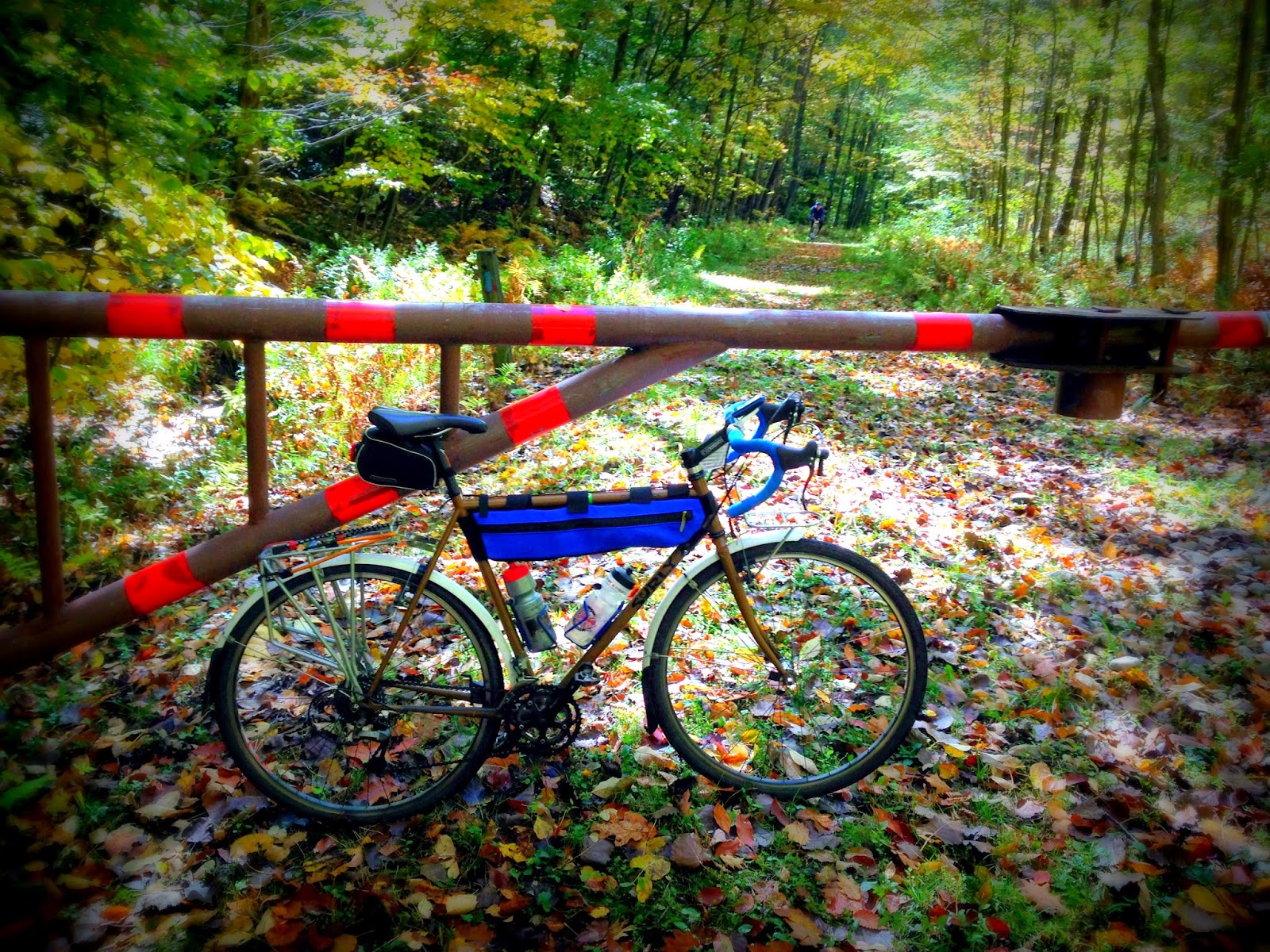 From Beartown State Forest we road down Brace Road, which when you look on all the map engines isn't listed as a road.  The only one that shows it's a road is the USGS Topography Map and I think it's actually part of the Appalachian Trail.  The flat part was puddled and then it led into a steep downhill. 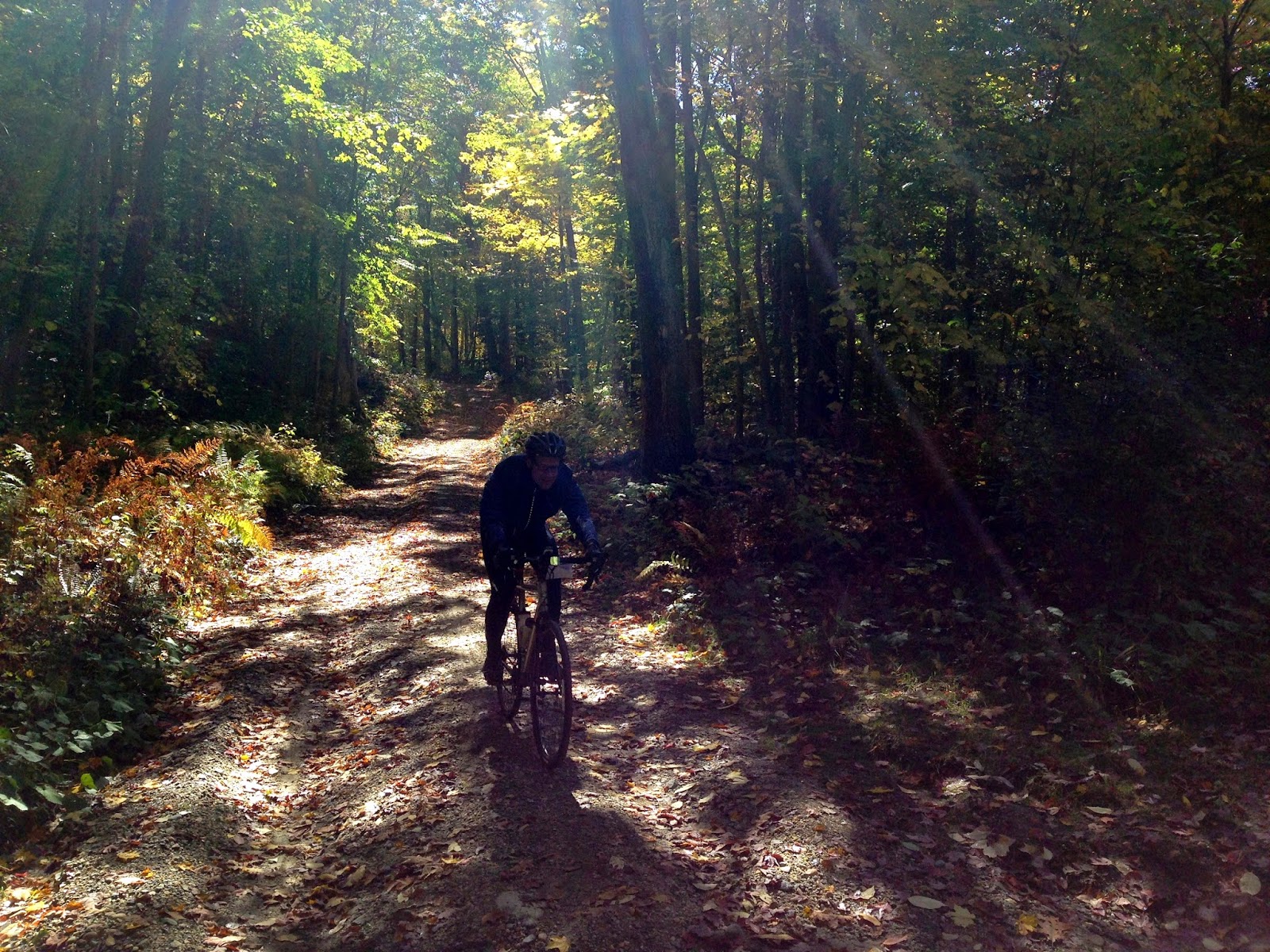 Eventually we came out on Tyringham Road.  When Will and I rode through here in July we did it in the opposite direction which took us all the way to Lee. 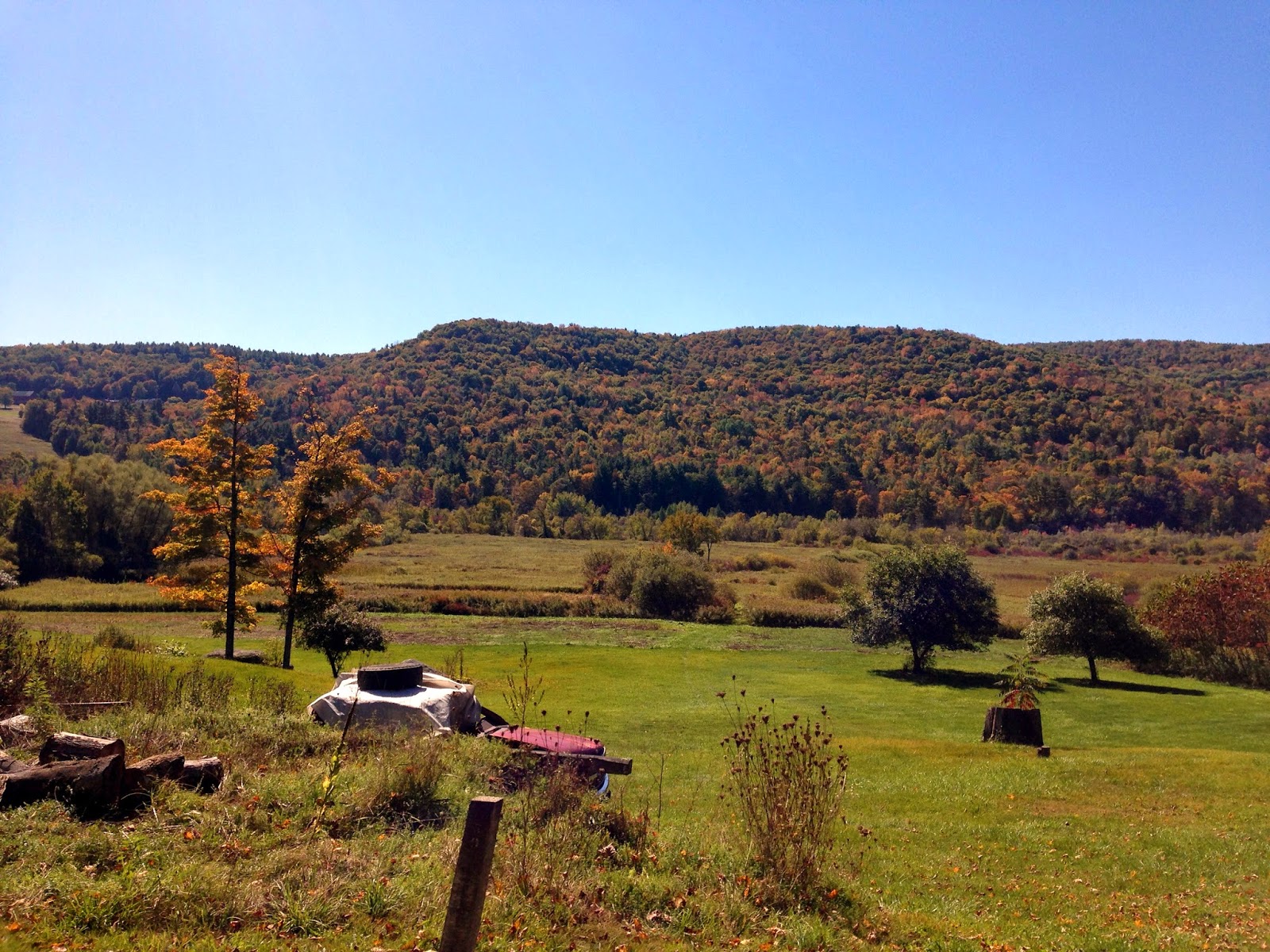 Although it's paved the view across the valley was stupendous.  That ridge was what we just rode down. 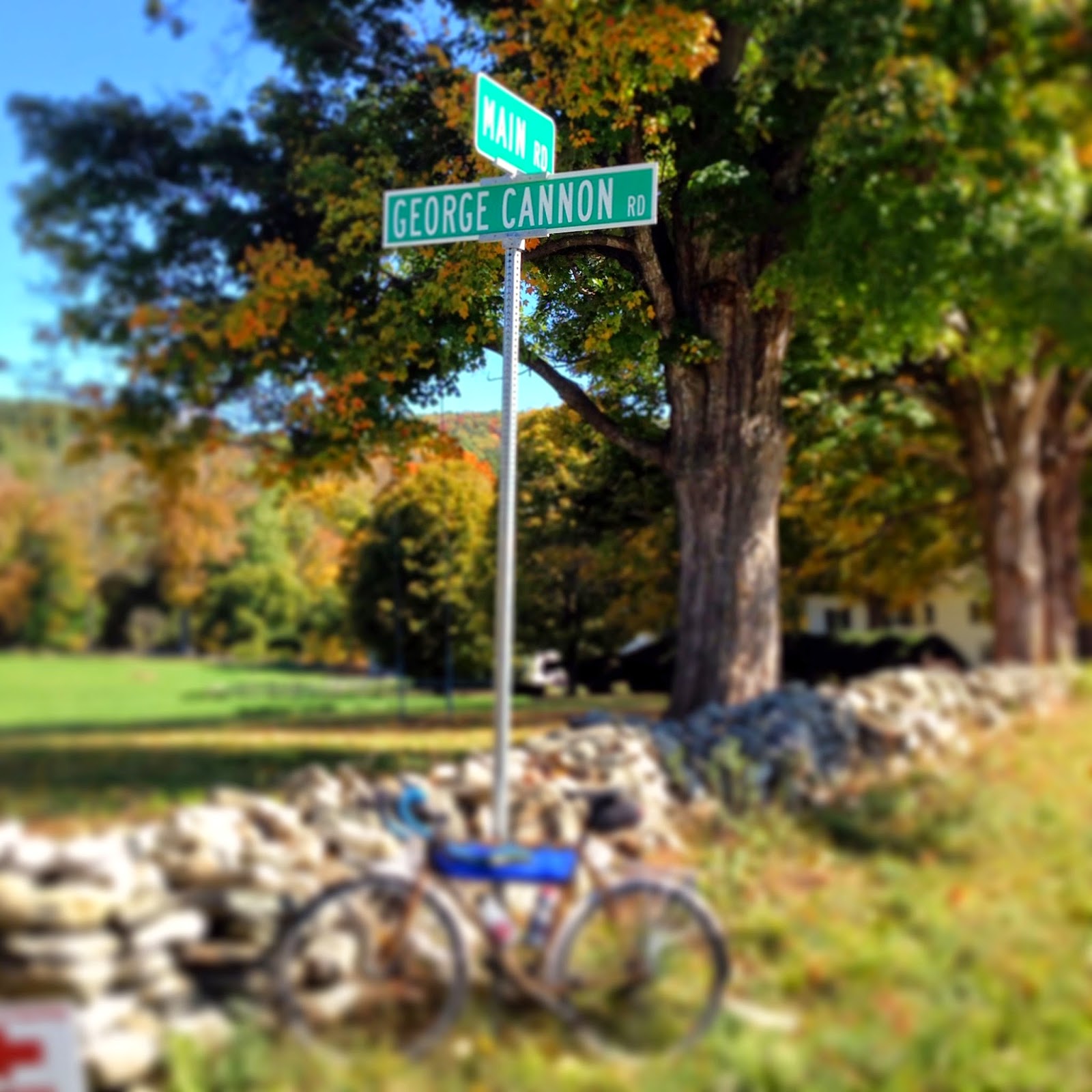 The next big hill was George Cannon.  In July we came down George Cannon and riding the other way was obviously a lot tougher.  For some reason I thought it was a lot flatter but in this direction it was just climb, climb, climb.  I filmed the descent and loaded it on Vimeo and you can see that we are going to really fast but going down just didn't feel as steep as it does from the other direction. 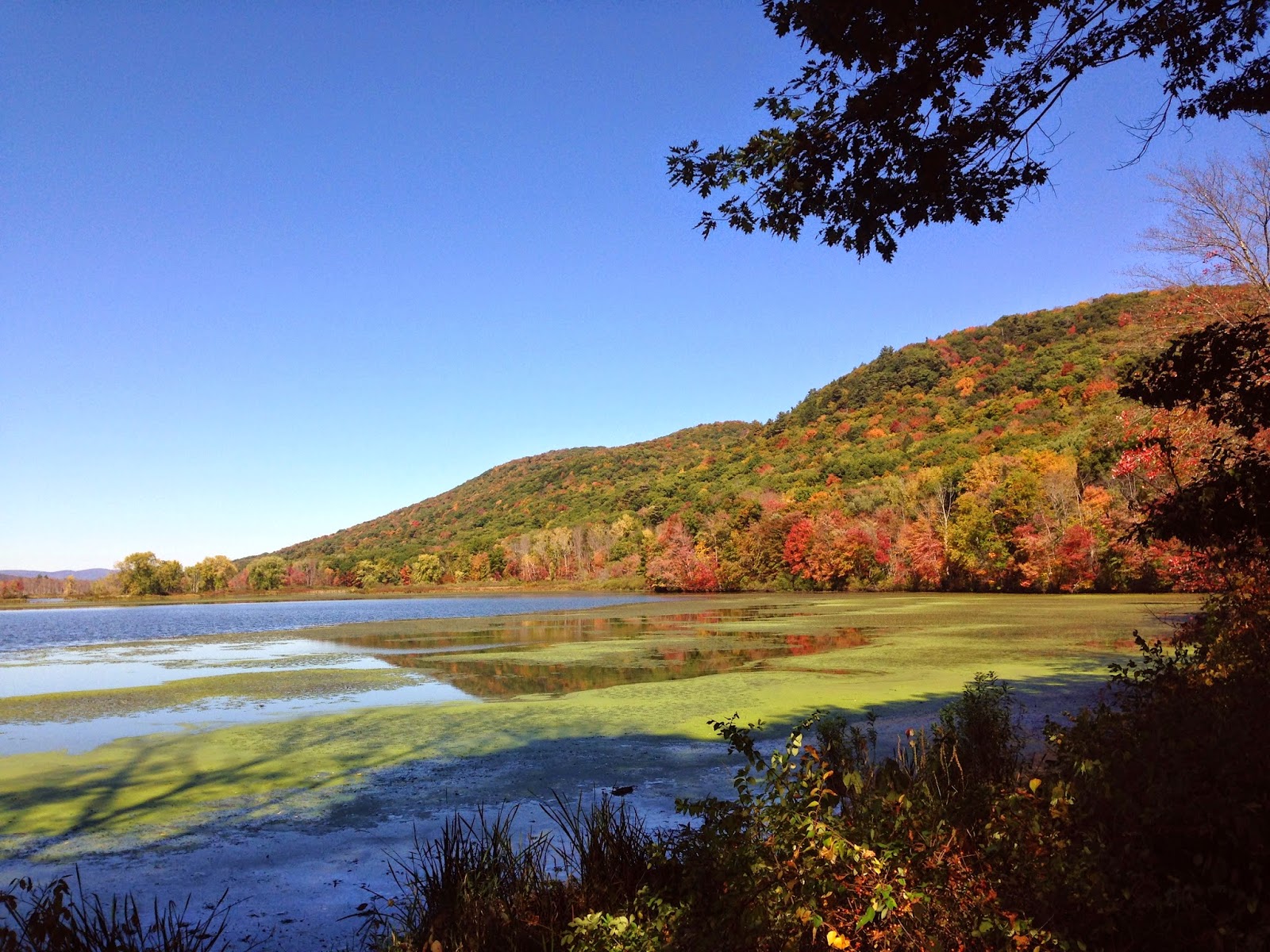 From the top of George Cannon we road down to Route 20 and through East Lee to the entrance to October Mountain State Forest.  A little ways in from there the road turns to dirt that is this outstanding view of Shermerhorn Hill. 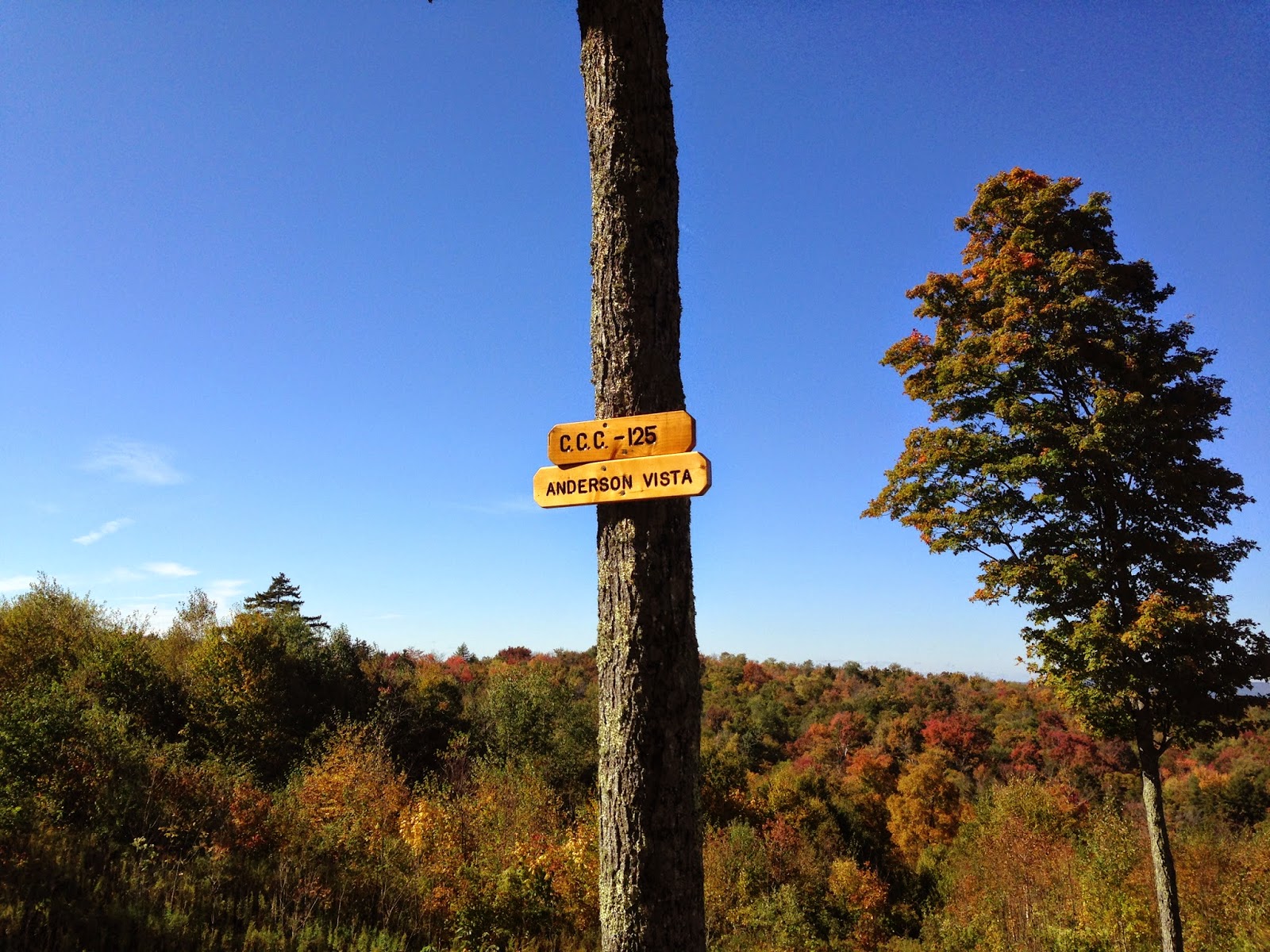 The climb up Shermerhorn Hill was brutal!  Brad Herder, the one responsible for creating this fantastic event actually went out with a leaf blower to clear a path on Shermerhorn Hill otherwise I am not sure it would have been rideable.  If it were dirt it would have been fine but since it was actually paved those rocks would have made it slippery as hell.  Once it's all said and done you come up to Anderson Vista.  From here you can see the Zephyr at Jiminy Peak, the windmills atop Brodie Mountain and you can even see Mount Greylock. 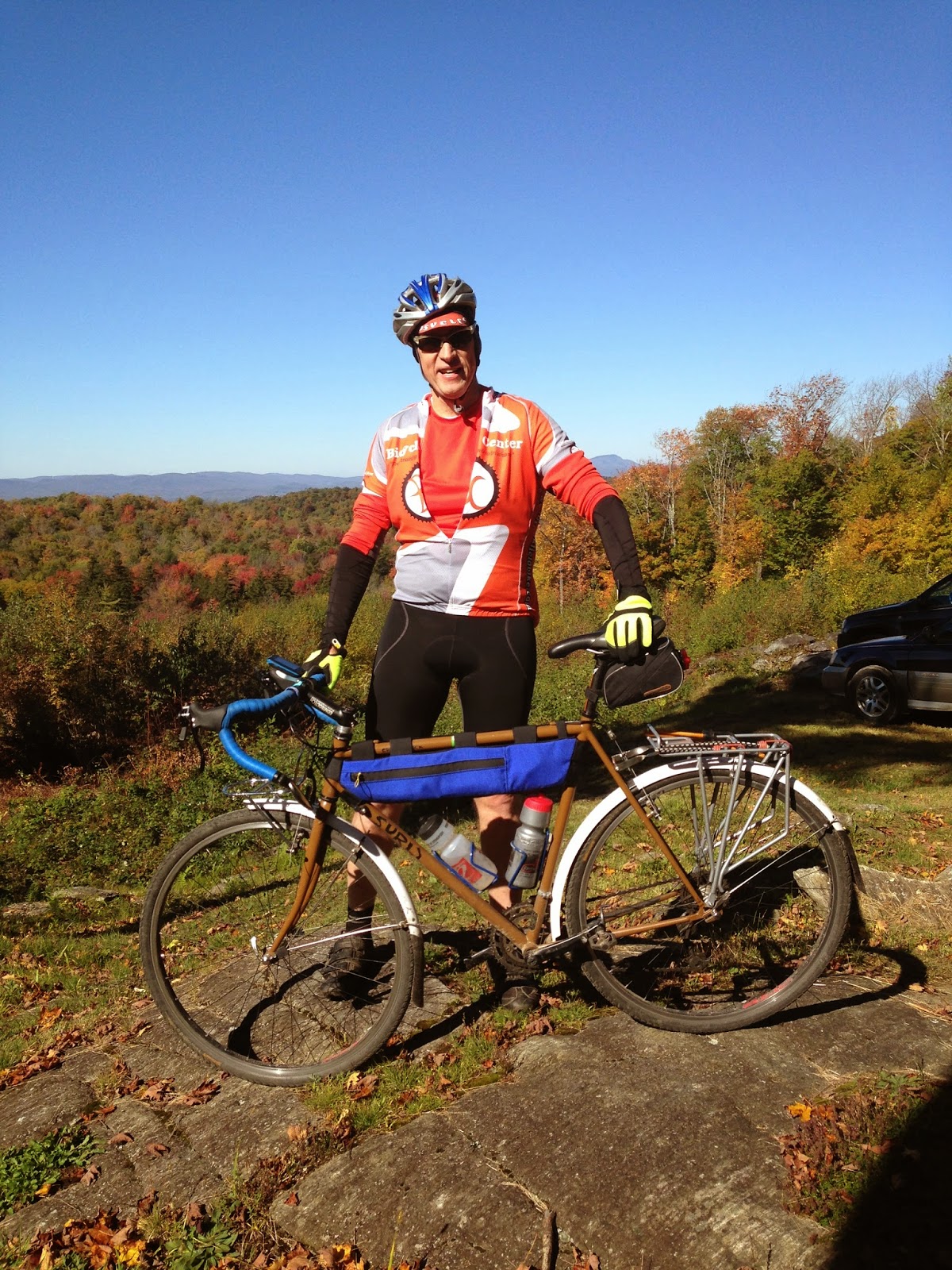 Getting to this point was a victory.  Of course there was a food stop here, too, and once again both the quantity and selection was amazing.  The highlight here was the Maple Syrup shots.  It tasted like Sunday morning pancakes without the pancakes! 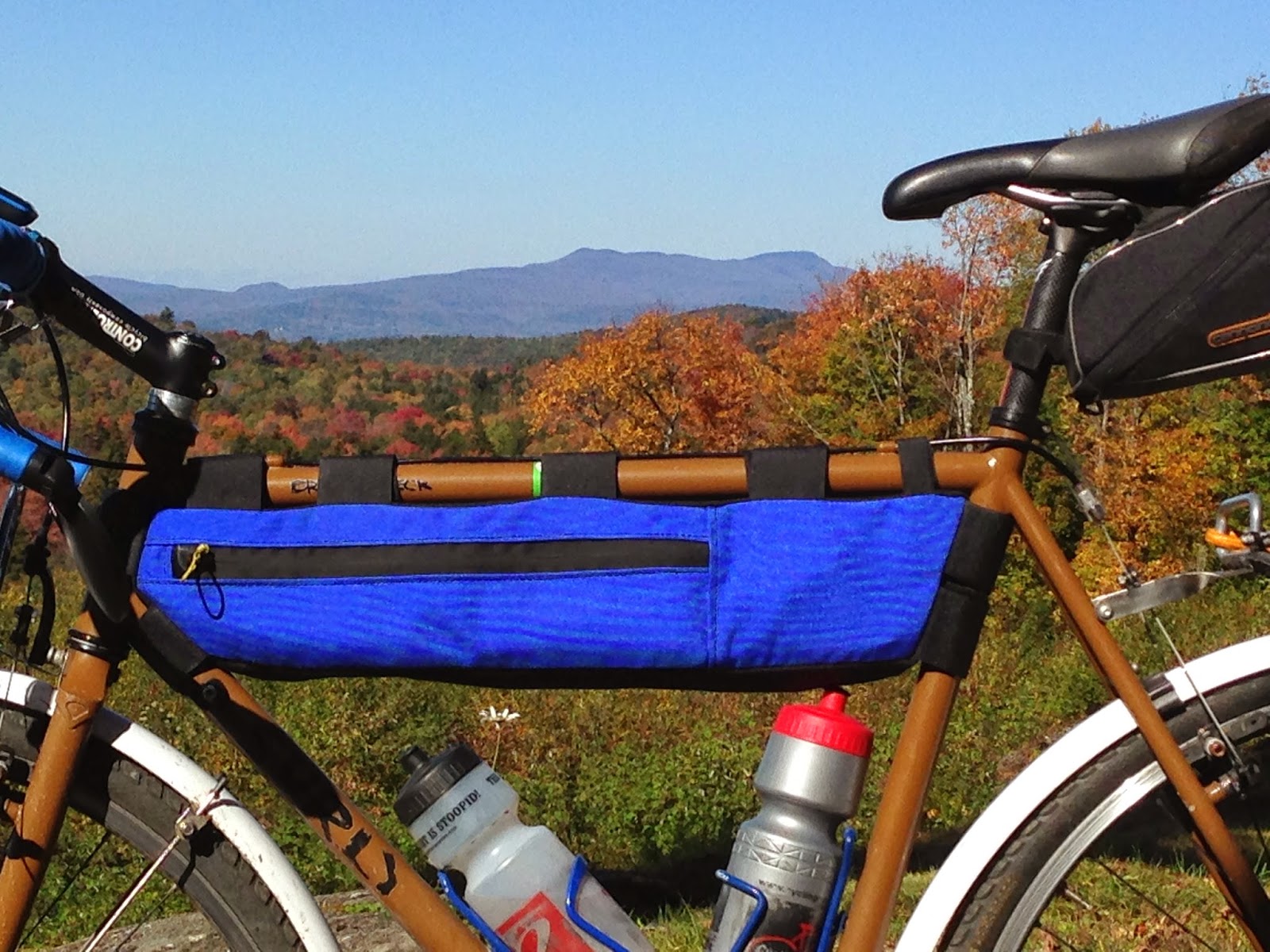 The highest mountain in Massachusetts is pictured here, Mt Greylock.  I hope to ride it some time.  From here it was just 9 miles back to the Cantebury Farm.  They were serving Brats, Chilli, and soup with plenty of sides.  The beer was from Wandering Star Craft Brewery in Pittsfield and I had the Mild at Heart Porter.  It was just what the cyclist needed! 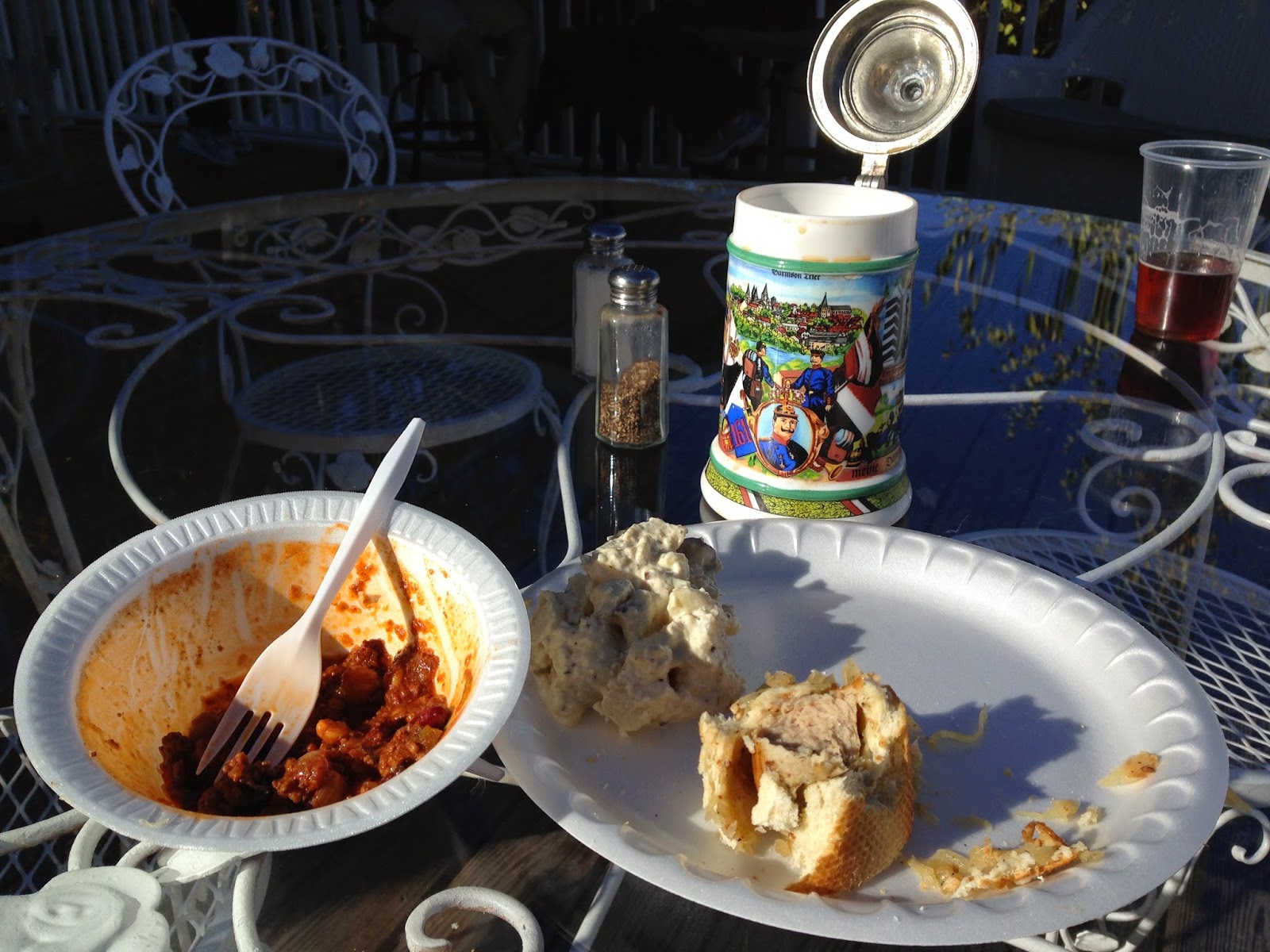