Made in Italy: 1998 Bianchi Trofeo 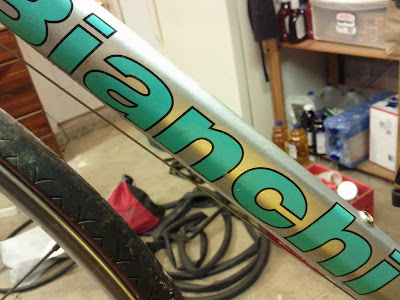 A friend of mine had this Bianchi laying around that he never rode. 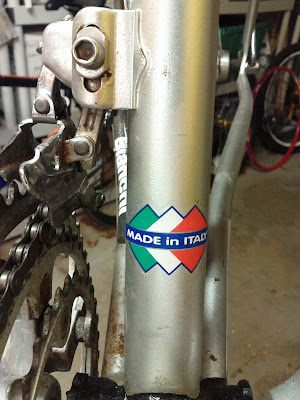 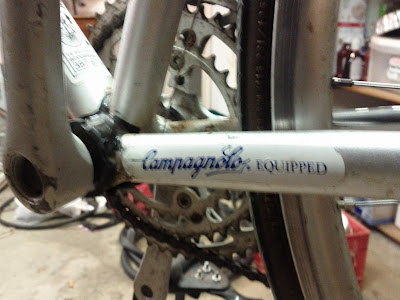 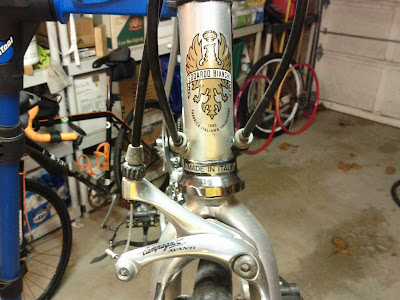 Only thing not Campy is the headset.  I think it might be a replacement, though. 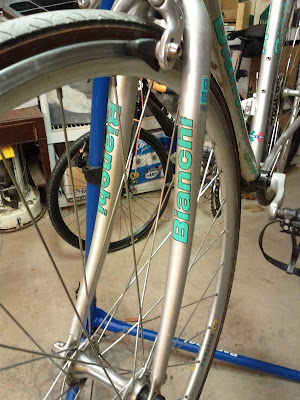 It's a little small for me, 57 cm but I will replace the stem with something that will raise it up
and it has a setback seatpost already so it might be fun to ride. 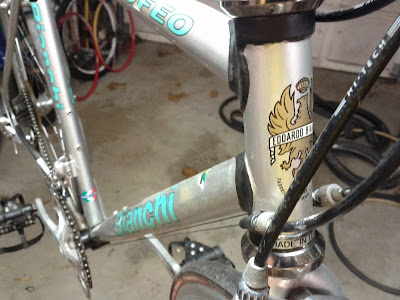 My buddy painted the lugs.  It looks cool but what would be really cool
is painting them Celeste. 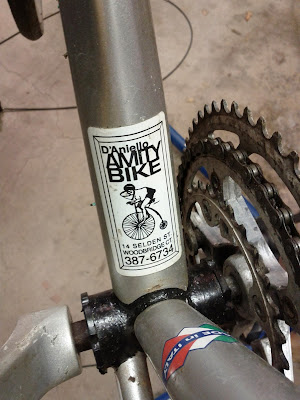 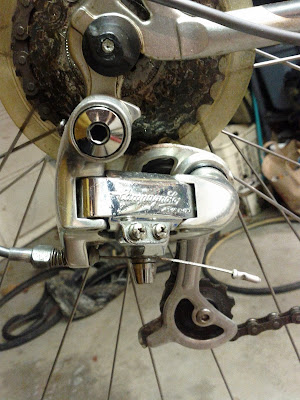