Had a great ride on the Qball at Pequonnock River Valley with Rich. Couldn't pass up the balmy weather today. Expected to be in the 50s but felt like mid 40s!

This area is perfect for single speeding that I am not sure I will bring the 'Horse back unless I want to try some of these drops that I have pictured below. Of course, once the Fixation is back to being an All Mountain HT Single Speed, probably ride that instead. Never-the-less, Rich and I haven't ridden together since Nepaug because shortly after that ride he was here and as you see down below, did this jump (pictured below) and broke his scapula. Two months later he is now back on the bike and riding, slowly, but still riding.

I am thinking it's time to get a computer to atleast track the actual miles because until I get the Edge back, these two other units are driving me nuts. They work reasonably well but not as good as the Garmin Edge. The MAP60 (green track) outperformed the eXplorist (red track) today, think because of where it was in the camel, in the media pouch with the antenna sticking out.

The eXplorist was on the shoulder strap in a pouch. Still need to test the eXplorist on the stem to see how the performance is there because I read somewhere that it has to be parallel to the ground to reach it's maximum efficiency. Just have to figure out a way to hold it there. The OEM handlebar mount is horrible and the Garmin Edge is the only unit that I have seen so far made for the stem. 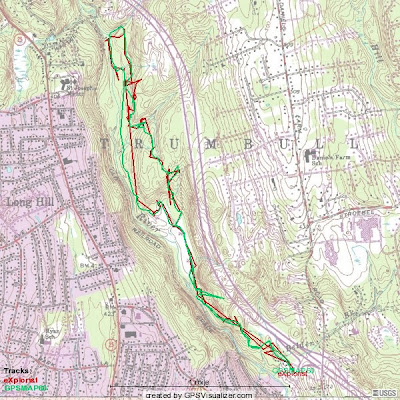 The report from Huntington SP yesterday was that to have a good ride you need studded tires, something I don't have, so I opted to head south. Bunch of guys from Crankfire were headed to Westwoods but that was too far for the little time that I had to ride today. Similarly, Mianus is the only other warmer weather riding area that I would think would be devoid of snow. Mianus, while often joked about by it's namesake, again too far to drive.

Took a new trail up out of the old reservoir that linked up with the yellow trail just before the picnic tables. At this one roller/drop called the lunchbox we met up with a trio of guys from Class Cycles in Southbury that were warming up for the picnic tables. The 29er rolls things alot differently and I could feel it here. It was fun. 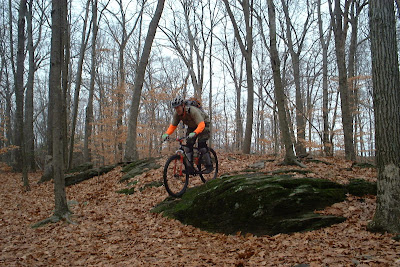 Didn't get any names but this guy is riding a ferrous Gary Fisher and he going big everywhere. 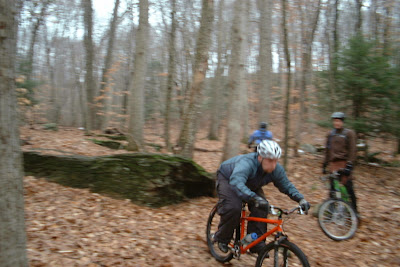 This guy is the mechanic at Class Cycles and he was the star of the show. 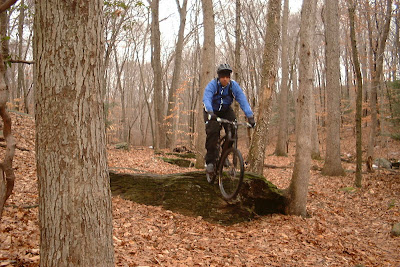 This is some guy on a 2006 Specialized Enduro (?), the one with the Brain Shock. 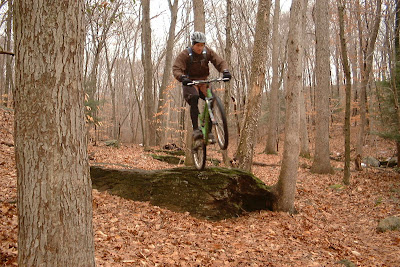 Looking up at the Roller (with ladder) and drop that follows. 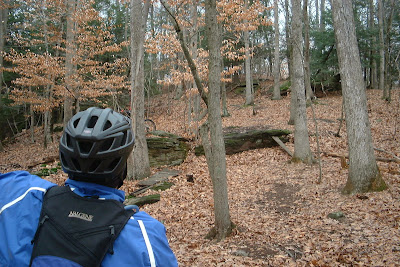 The guy on the Ferrous Fisher cleaned both stunts nicely. Steal is real! 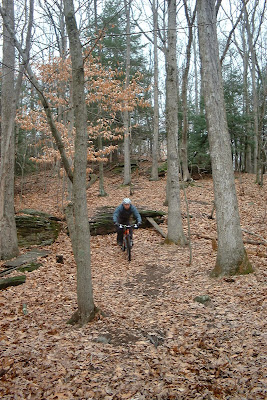 At the roller play ground, I slipped on a root and did the lower part of this roller my side. Here is another attempt. 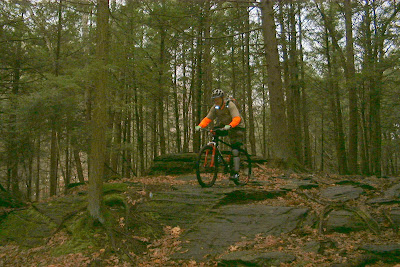 Here is the jump that got Rich. If you hit it too fast it turns into a gap jump and you soar through the air... 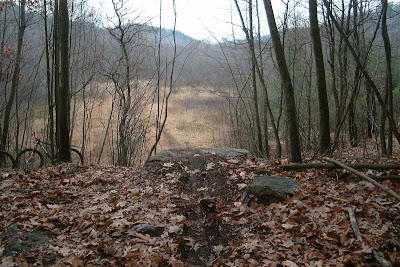 ... as Rich found out two months ago. See the scrape on the tree Rich is pointing to? That is where his shoulder hit. This is at least five feet or so off the ground and ten feet from the jump. 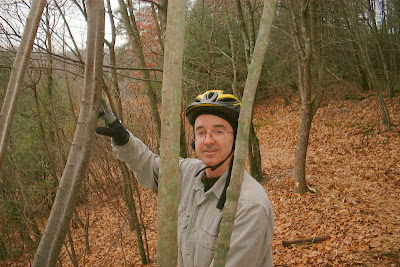 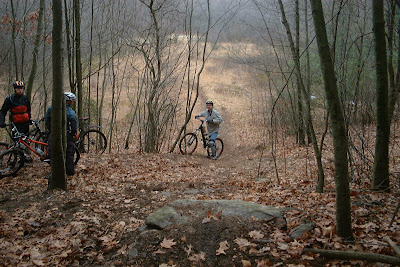 Again, the guy on the ferrous hucking it. 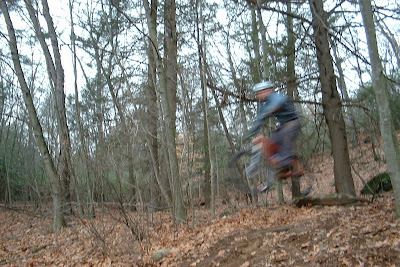 This is the third guy from their group, riding a Foes Weasel with a hydraulic rear cantilever brake. 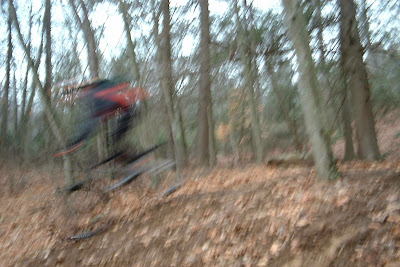 And the man of the hour, the mechanic from Class Cycles nailed both times! 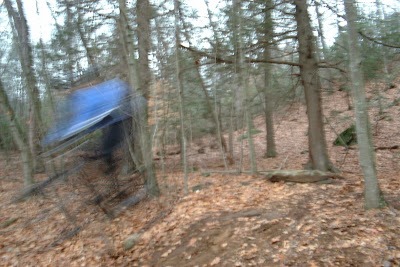 Rounding a corner before the last stream crossing I hid a muddy patch and went down in the slop. 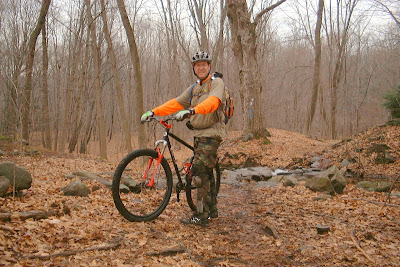 Except from the occasional splatter from mud I was reasonably clean before this latest mishap. 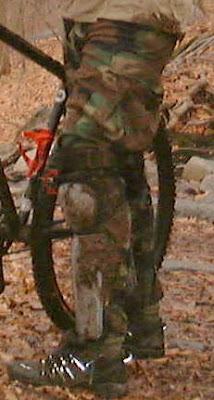 A good day of riding with friends and new friends is better than just about anything.
at 6:05 PM