EMS in Fairfield is turning into a big let down, as a bike shop. Maybe it's because now it's the off season and they are focused on selling snow and skiing related equipment but it's now two weeks since I dropped off the 'Horse and it looks like it's going to extend to three. I am disappointed. 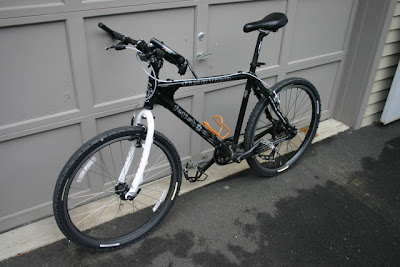 On a brighter note, I did get a Surly 1x1 fork in white to complement the Fixation in it's Schwarz und Weiss motiv (that's Black and White). I think I have finally decided to scrap the redline wheelset and just stick with the bombshells on this bike. They are beefier and will look great with a pair of 2.6 or 2.7 inch wide tires. For now, though, I am still using the rear wheel on the Dumpgoose until I decide to scrap the bike. Still up in the air on whether to dump it or not. 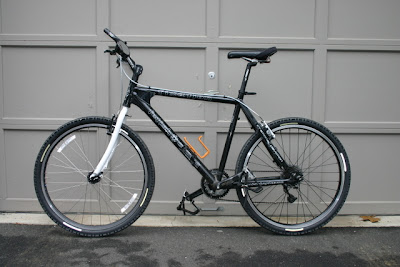