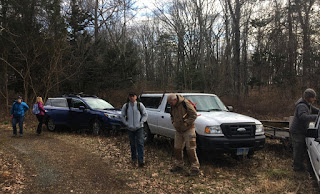 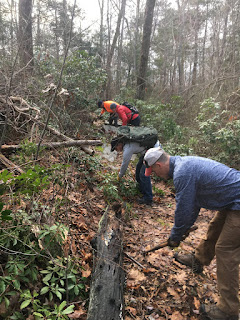 Kevin and Mark were there, we rode the northern section of Rockhouse last weekend. 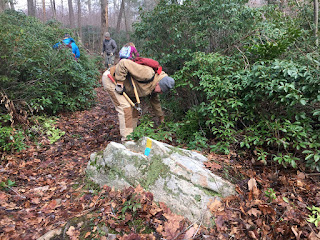 Also in the group was Paula, Lori, Dave, Bob and Joe Lanier the land manager. 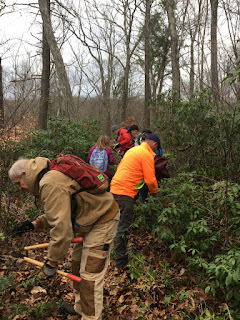 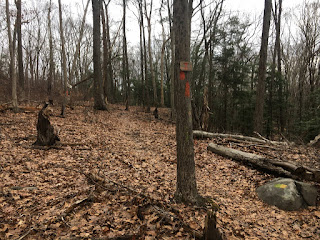 After the work session Joe gave us a guided a tour

There were some really awesome cliffs 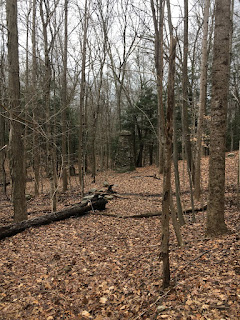 We stopped at the Devil's Chimney 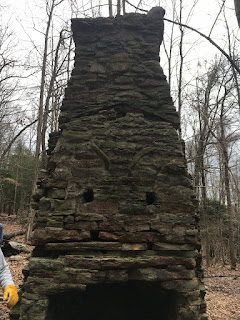 Paula took a group picture but later she lost her phone 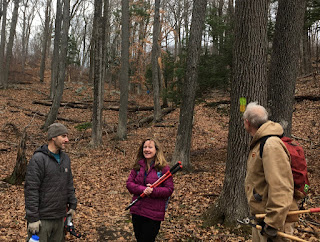 Bob (l), Lori (middle) and Andy (r)
Bob and I went back later to try and find Paula's phone but we were unsuccessful 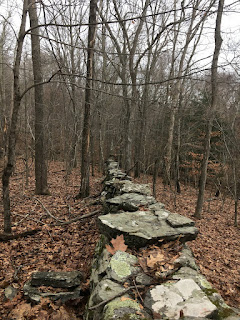 In the middle of the forest was this professionally sculpted rock wall with flat rocks on top.
This is the Walmart of Rock Stores! 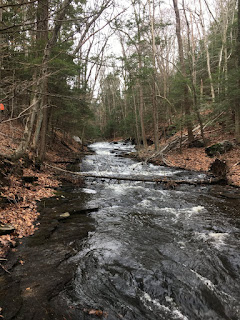 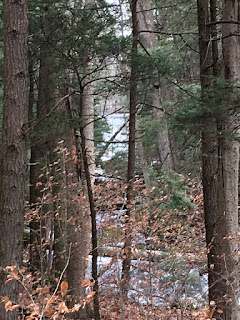