Hopewell Hannah is back! 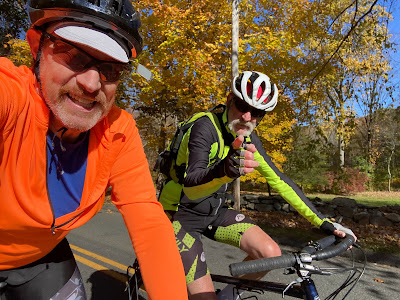 It was such a beautiful day today I had to get out on the bike for a few miles. Scott met me in town and we headed south towards Easton.  As I was driving home last night past the Hopewell Cemetery the creepy doll is back. A friend of ours rode Poverty Hollow this morning and mentioned it in his Strava post so we had to see it for ourselves. 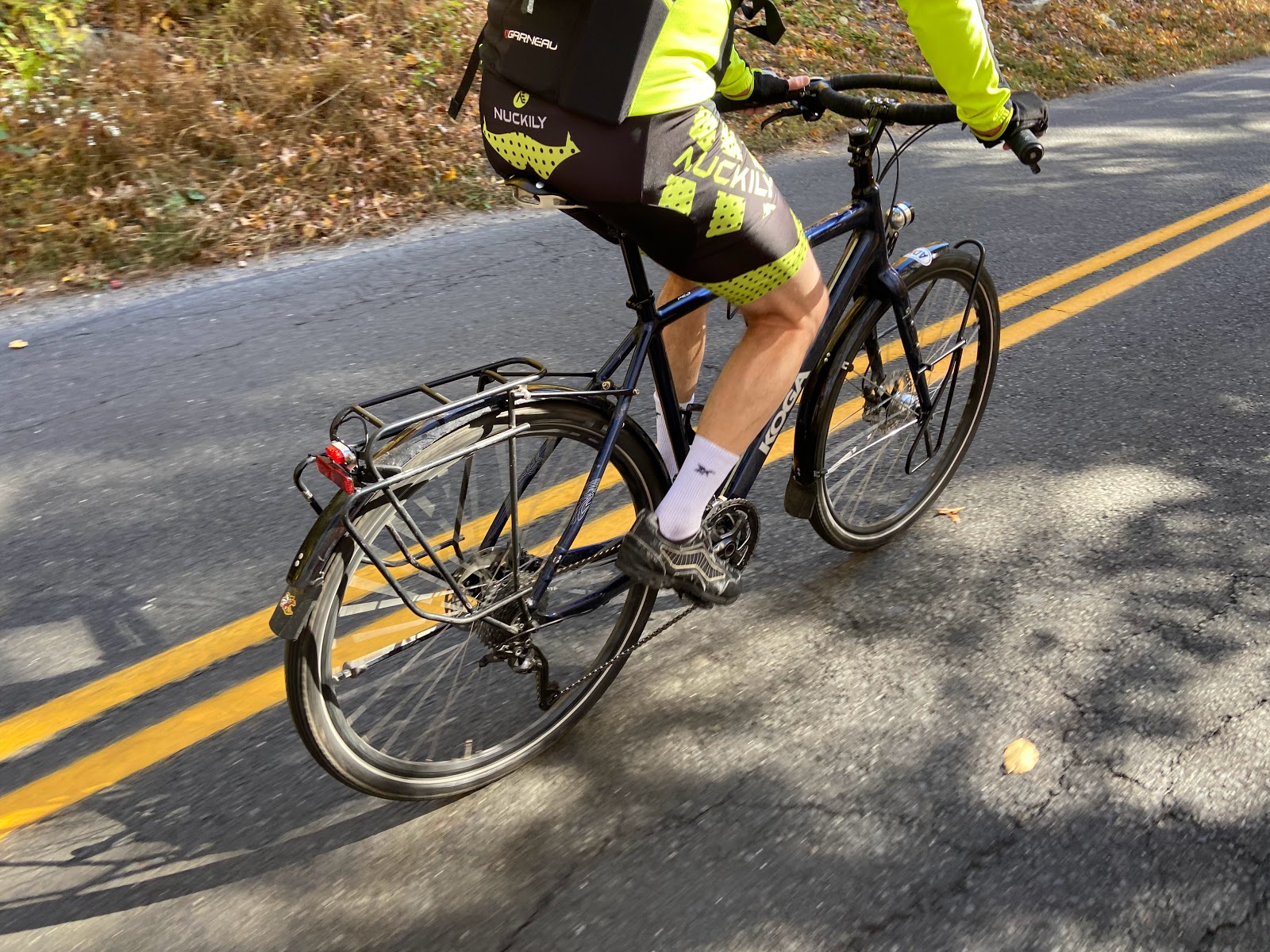 Scott was riding his Koga, touring bike today, because his regular road bike was getting worked on.  I did work on my bike, too, last night. Since the crash two weeks ago and what caused it, my big chain ring was sharktoothed, my crank wasn't the same anymore with the replacement chain ring. So I ordered a new one. It's not Shimano 105 like I would have liked but it less than $100. 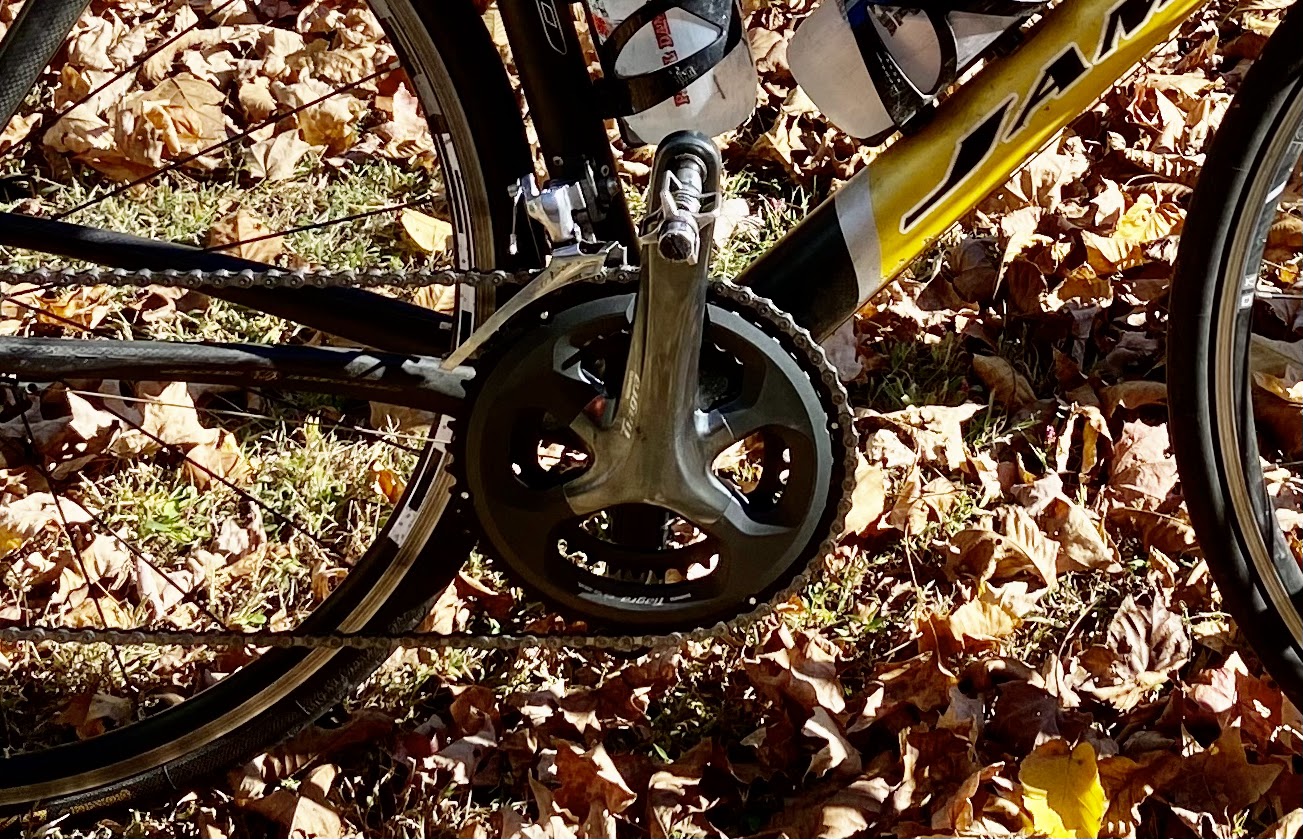 I ended up having to replace the shifter cable and fine tuned the front derailleur. The crank is so nice and smooth. It's a 52/36 which fits perfectly with my 11/34 cassette. 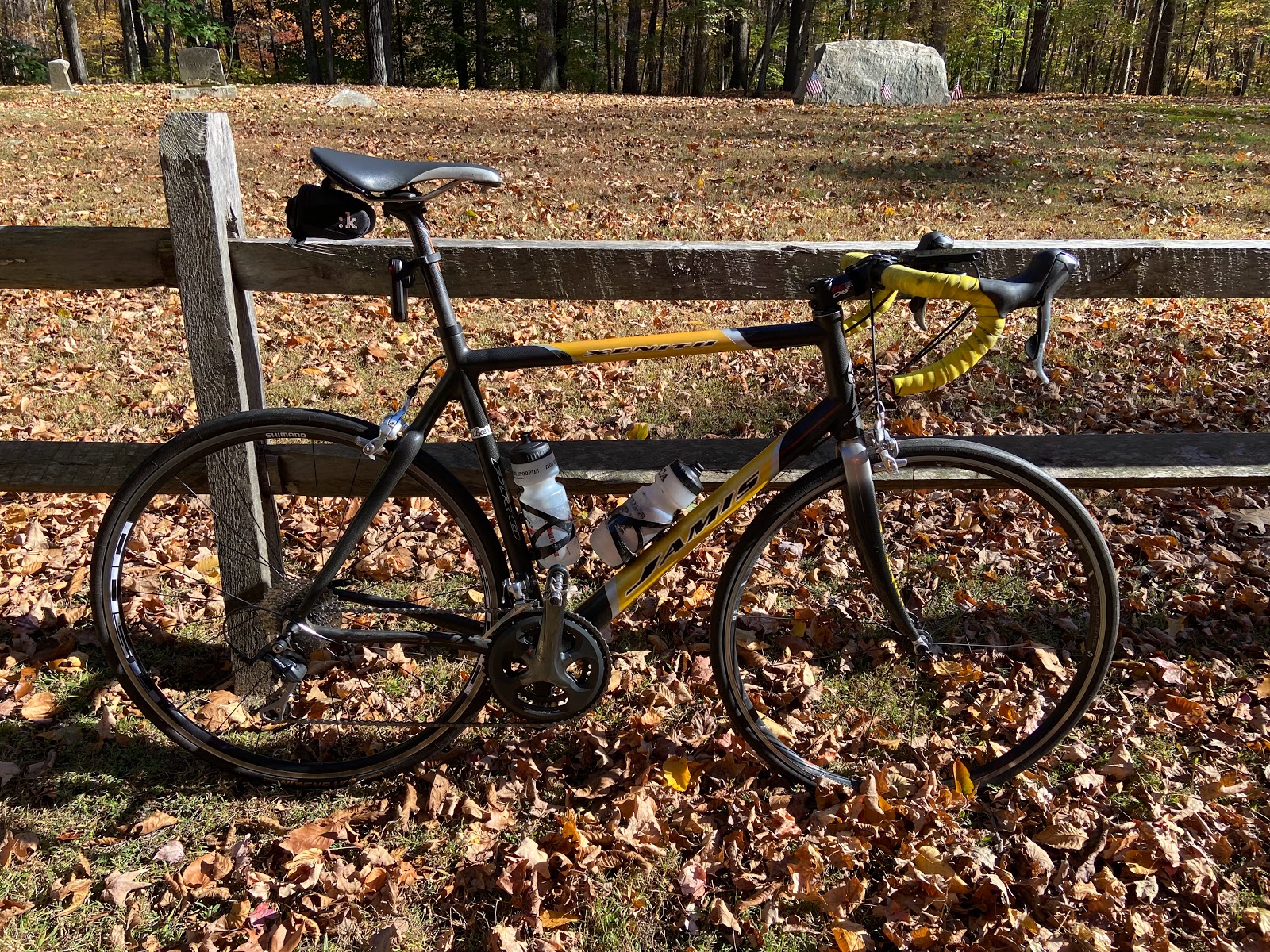 I almost went out with a vest today but at the last minute I decided not to and it was a good choice. It was just so nice out. 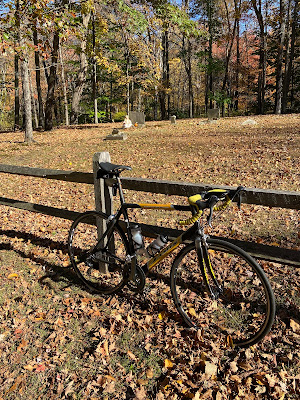 Scott and I rolled up on Hannah and that pumpkin next to her made the whole scene even creepier. 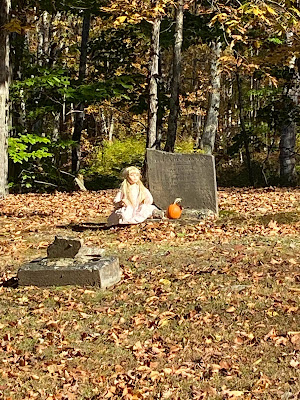 The pumpkin adds some additional eeriness to the scene but nothing comes up on the interwebs about this doll or the previous ones. 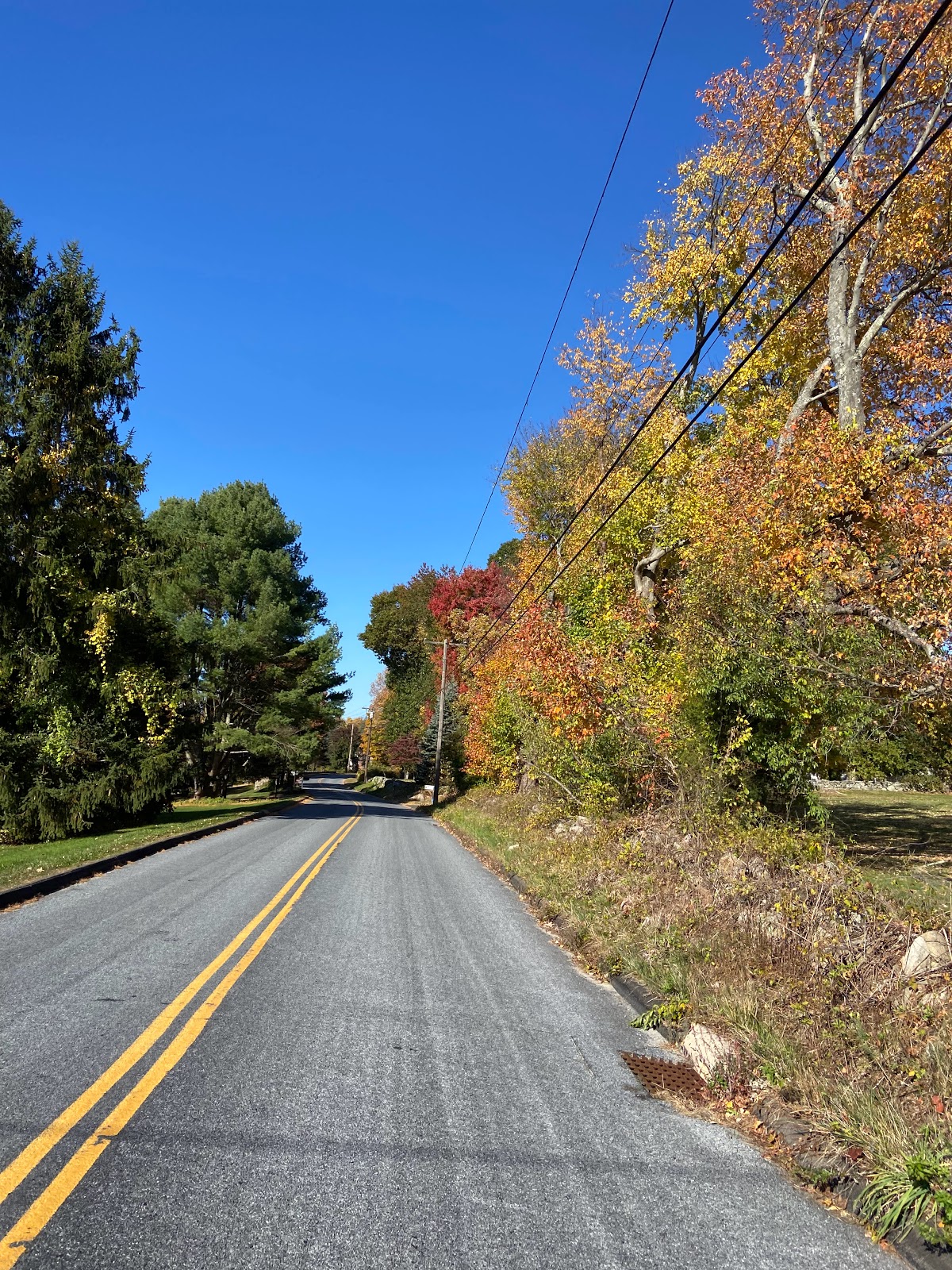 Scott and I rode down Brushy Hill back towards town and then we parted company at Cedar Hill. 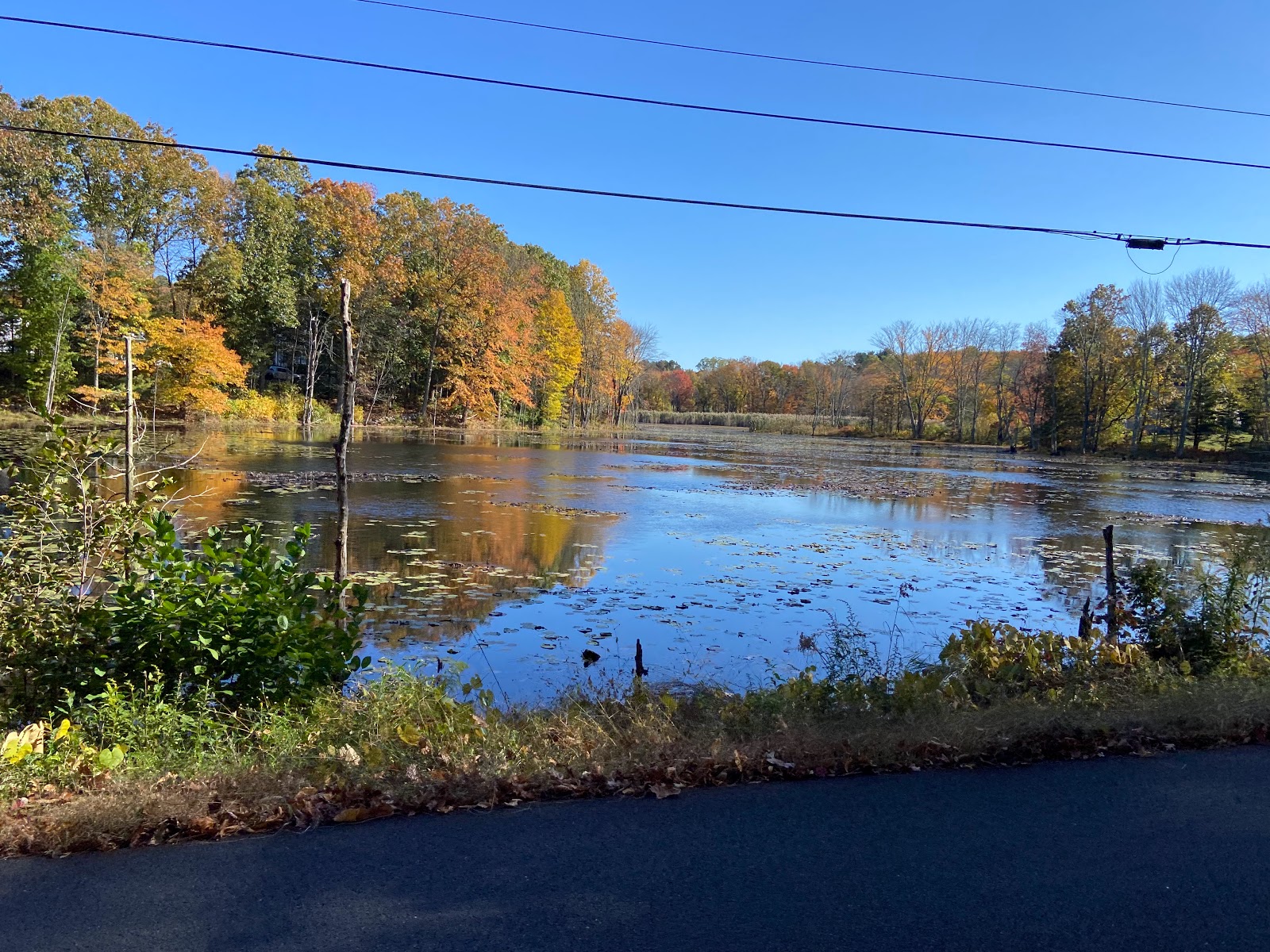