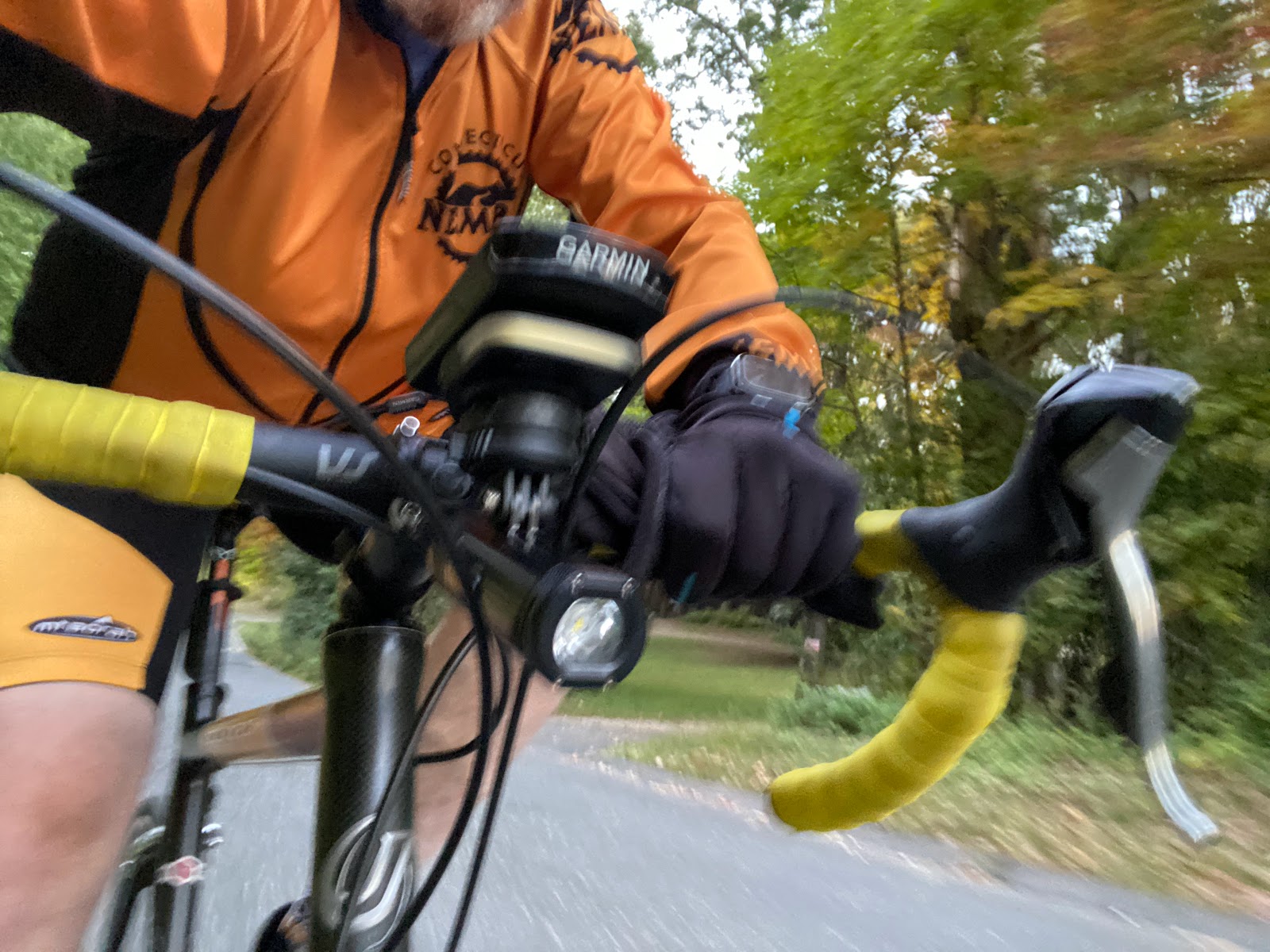 I headed out Tuesday on the Jamis for a little test ride after finally getting around to installing a few upgrades, namely an 11:34t cassette and a Shimano 105 medium cage rear derailleur. I also picked up a new front blinky that I got that mounts between my garmin and the GPS mount. 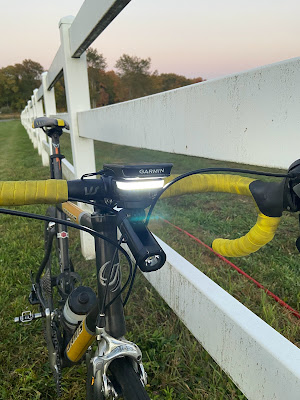 I was somewhere between the Sandy Hook and Fairfield Hills and I was starting climb a slow rise. I was out of the saddle and in the big ring when my chain popped. I sat down quickly and kept pedaling thinking that was odd. Afterall, I had a new cassette and chain, that shouldn't be happening. 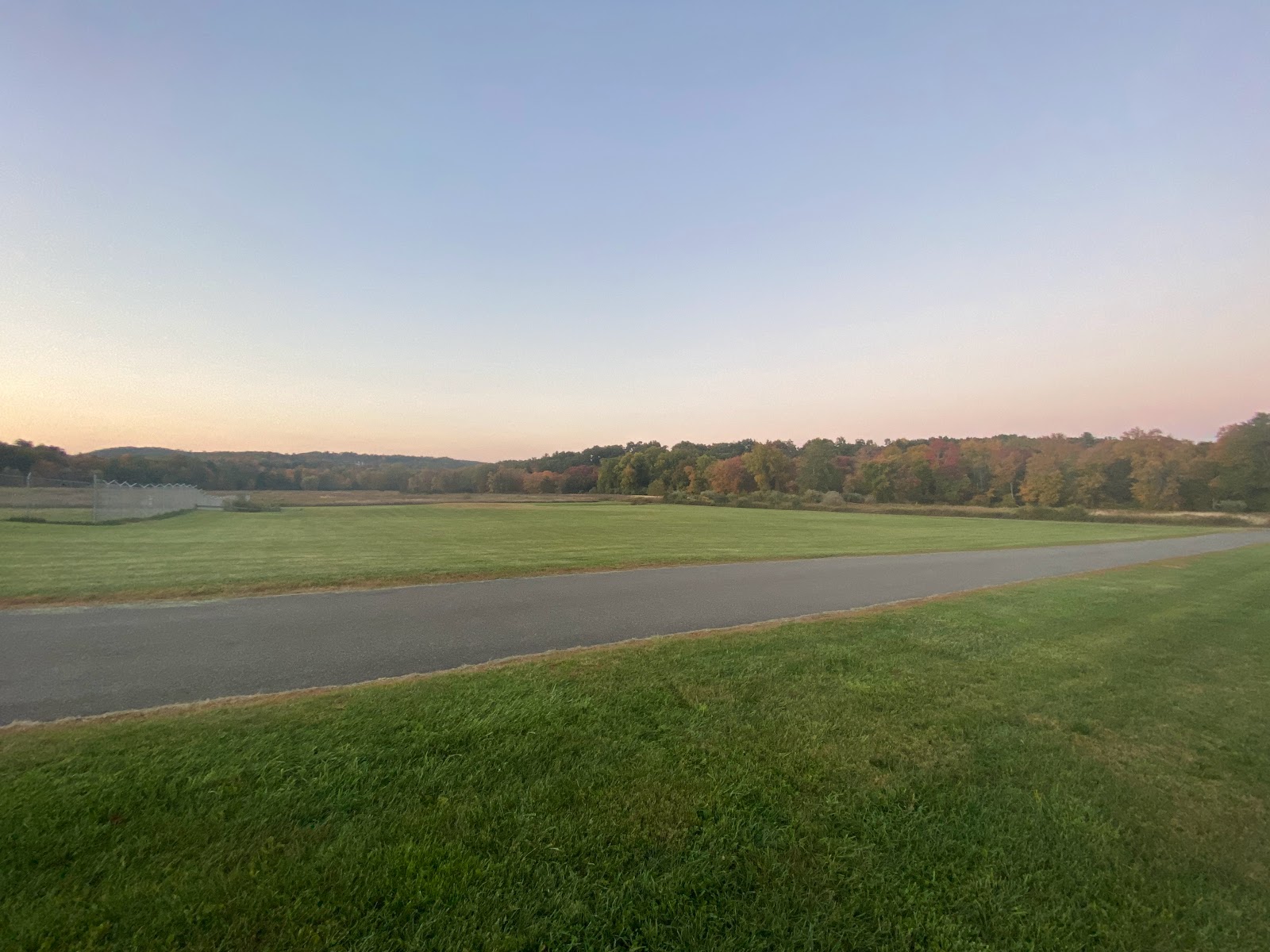 It was a beautiful evening and the perfect temperature for riding. 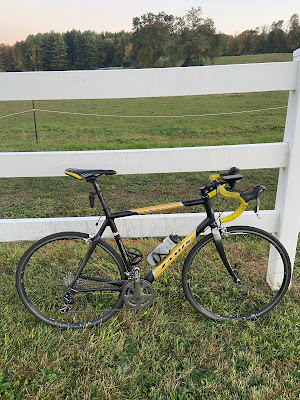 Bike felt really good and it was good to be on it again after a few months of not riding it. 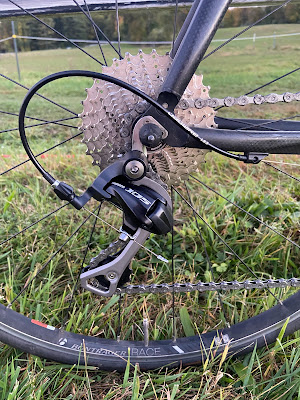 Finally another Shimano 105 component to match my shifters.
Just need black 105 cranks and brakes to be matchy, matchy. 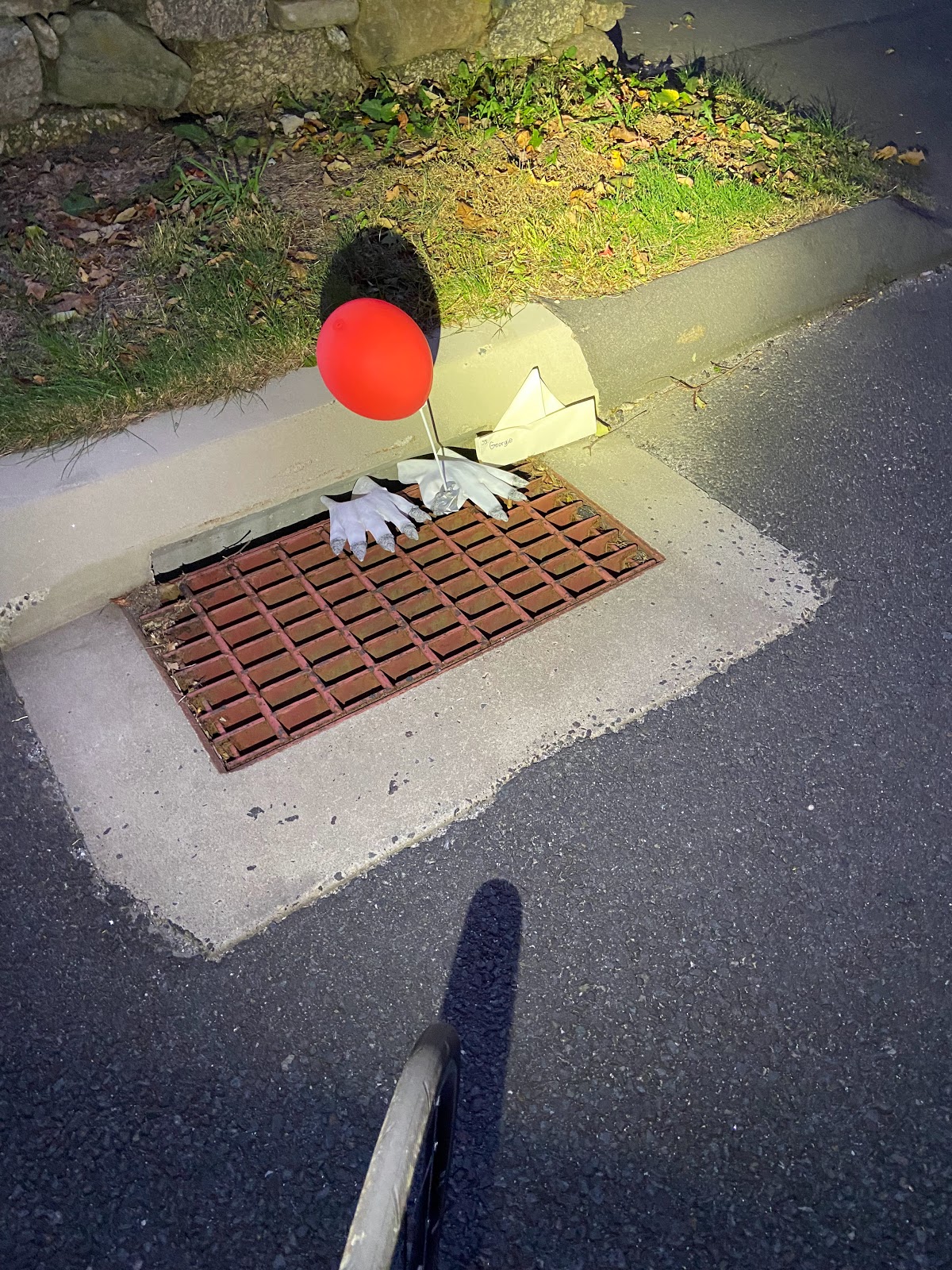 Turning onto Mile Hill South I texted my friend Scott and said I would be rolling past his house in a few. He invited me in for a few snacks and I chatted with him and a friend of his who was also out riding his bike on the this wonderful evening.  When it was time to leave, Scott loaded his buddy's bike in his car and drove him home because he doesn't ride at night and I headed home. 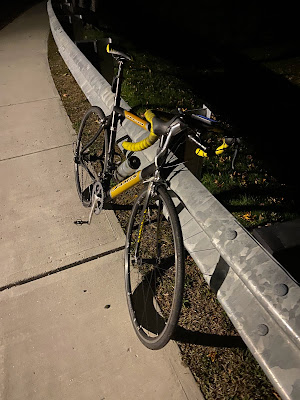 I was coming out of Mile Hill South and turning north onto Wasserman Way. I am pretty sure I was in the big ring, and I was out of the saddle and started to mash on the pedals because there was a car coming up the hill when my chain popped again.  Only this time, I was little too far forwards and I went over the bars. 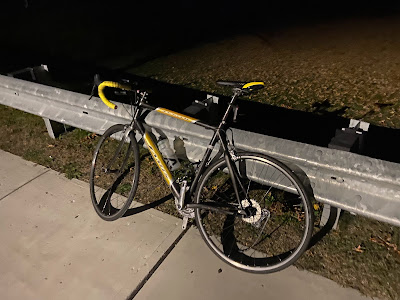 By some stroke of luck I didn't land head first rather on my hip followed by knees, forearm and then my helmet. I didn't see stars, either, which was the first thing that I thought of. It was almost like I bounced onto the pavement but I didn't bounce very high. At the sametime, I could see headlights coming towards me and I raised my arm hoping the driver would see me and not run over me. I think I yelled, "don't run me over!" Obviously the driver of the car saw me and promptly stopped and helped me get up and walked the bike across the street. 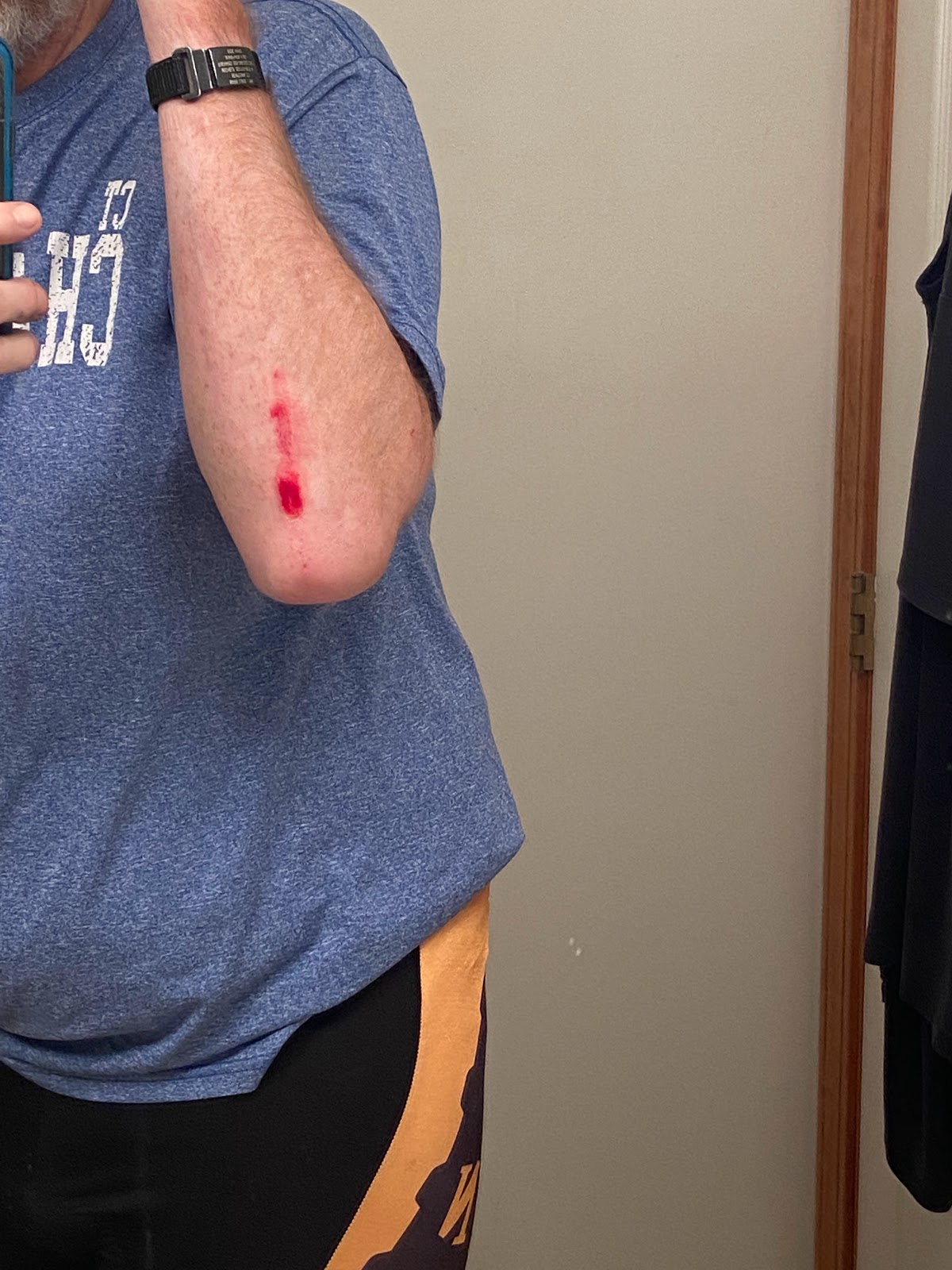 I called Scott to see if he wouldn't mind coming to get me and he did. Once at home I surveyed the damage to my body and I think I got off easy. 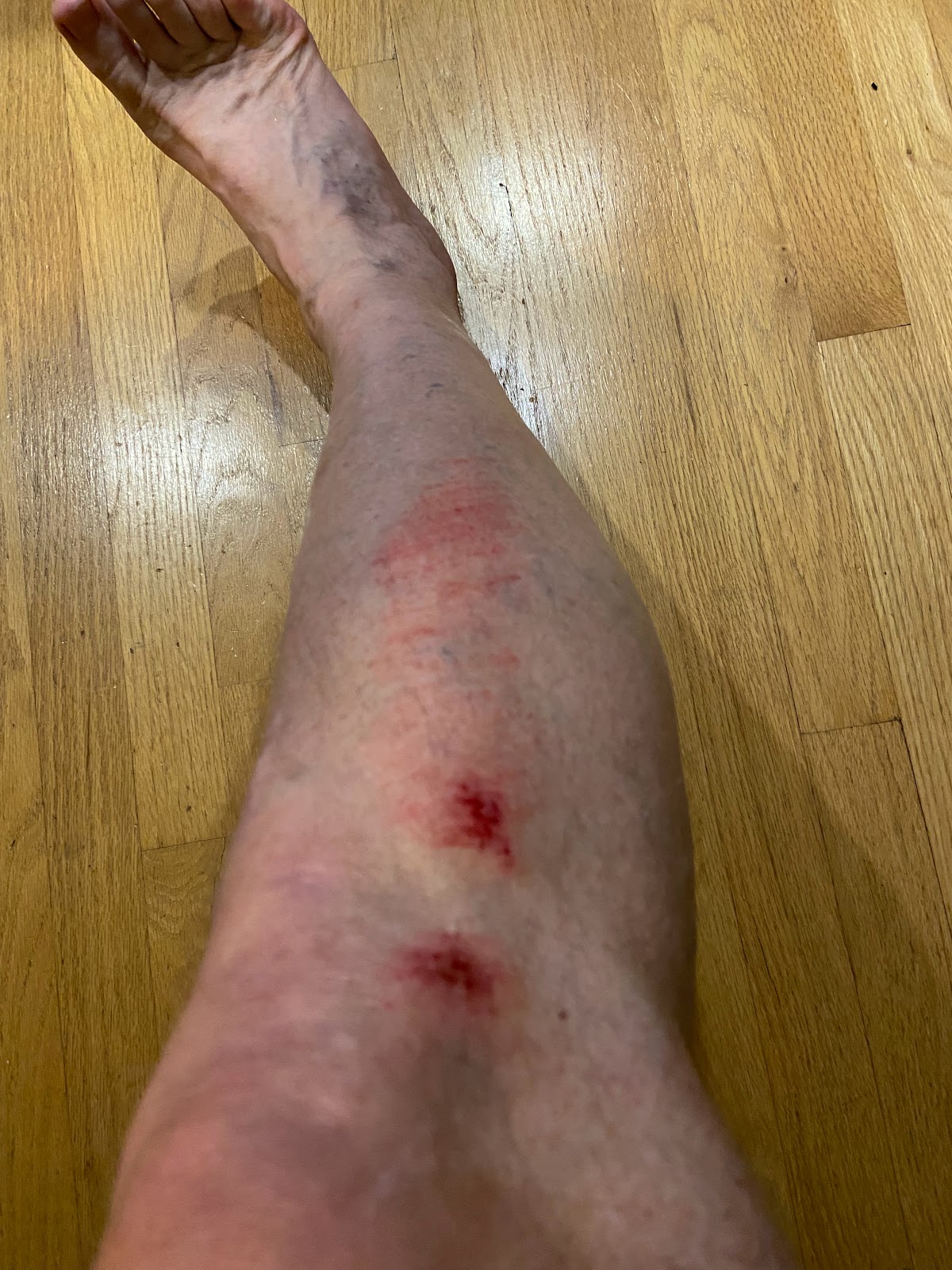 A few abbraisions on my forearm and below the knee with a little bit of road rash, too. I did throw out my helmet even though it wasn't cracked. It was old anyway and I have been looking for an excuse to get rid of it. 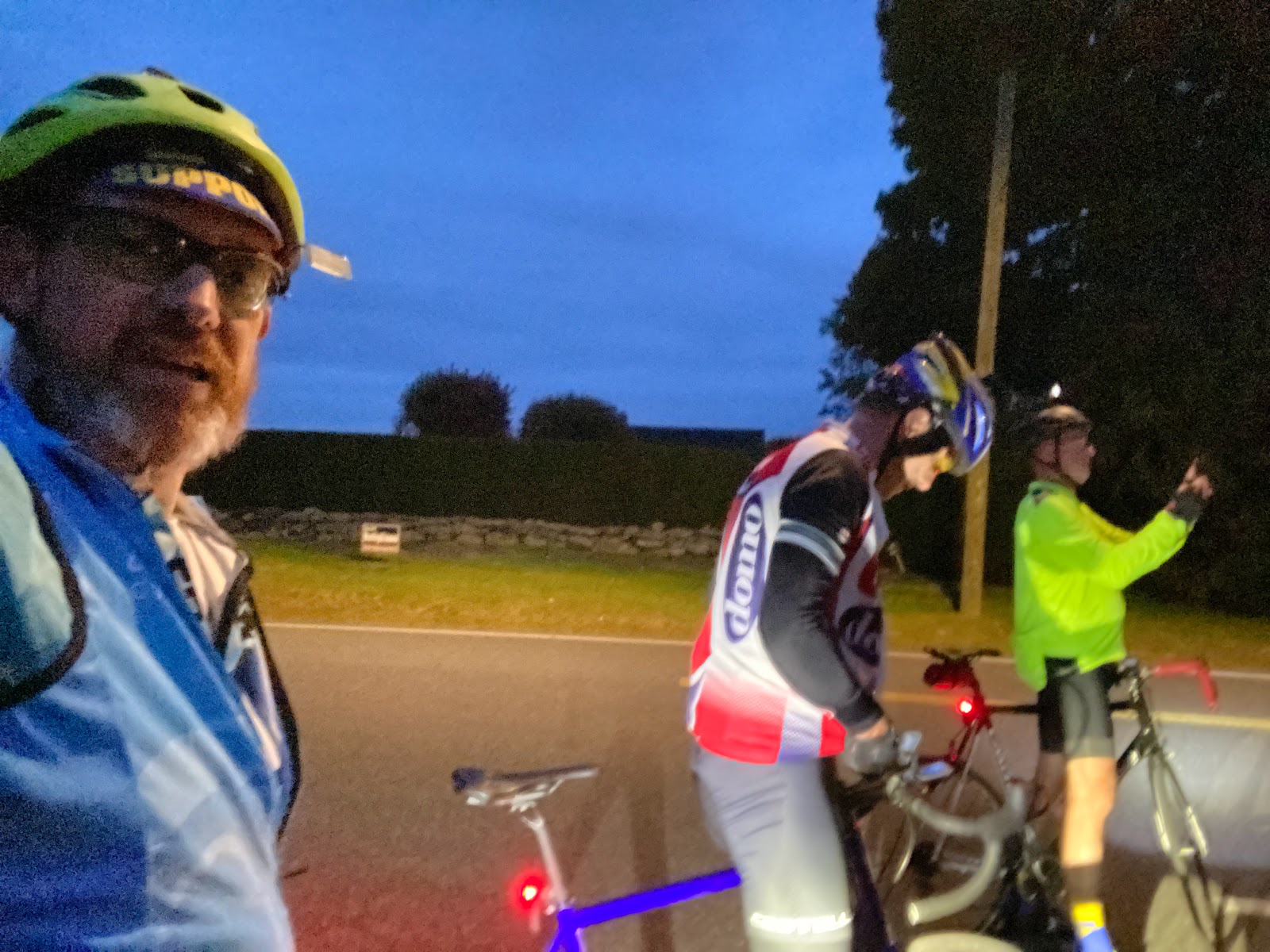 Except for the soreness in my hip I felt good enough to ride Wednesday night with the Ilumenati.  It was Mat O's birthday ride and there was no way I was missing that. 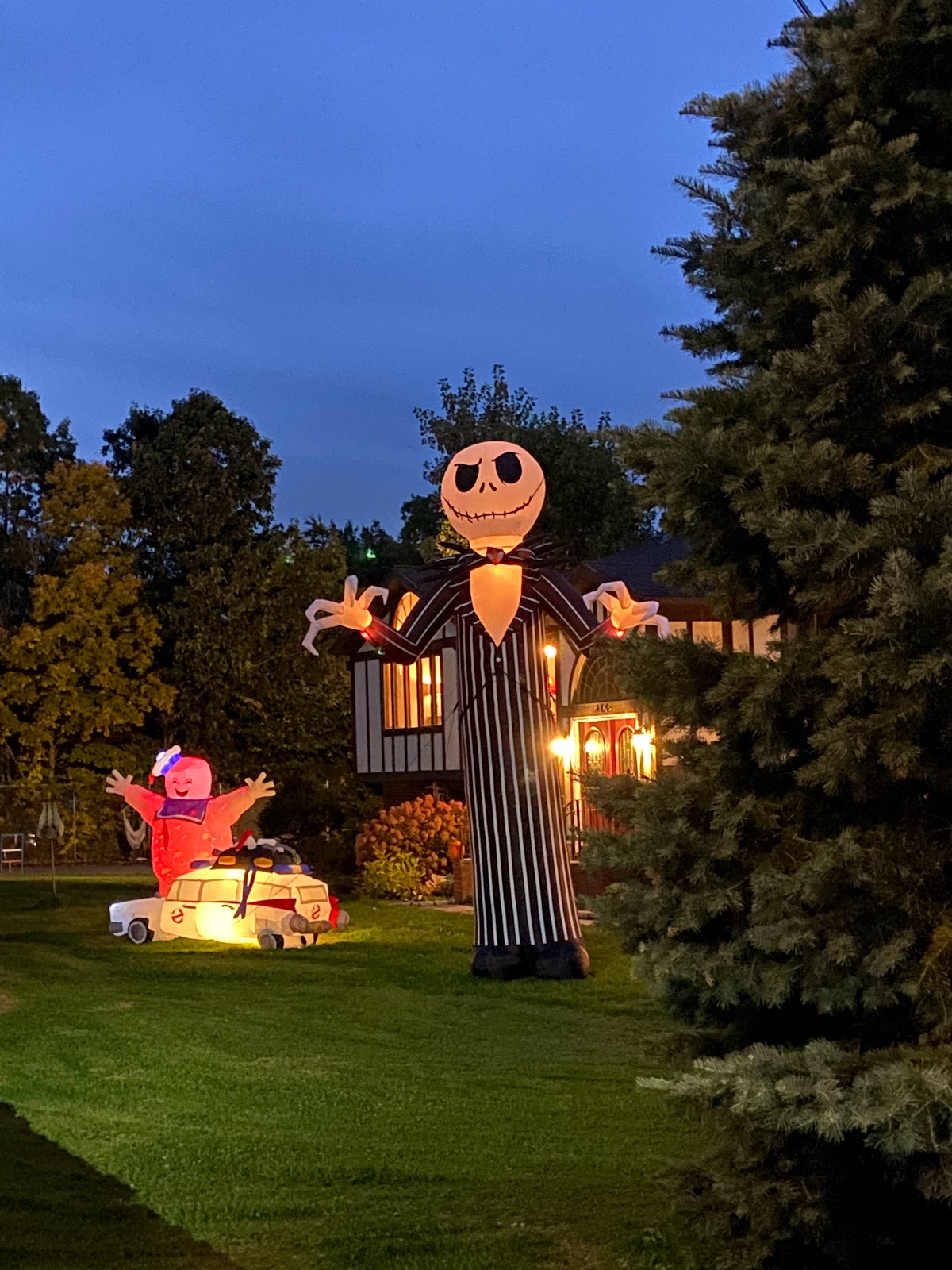 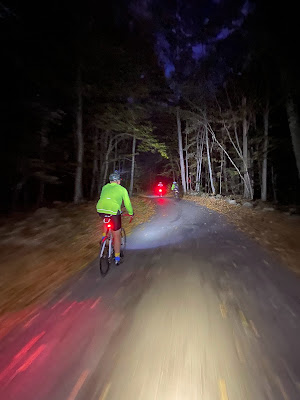 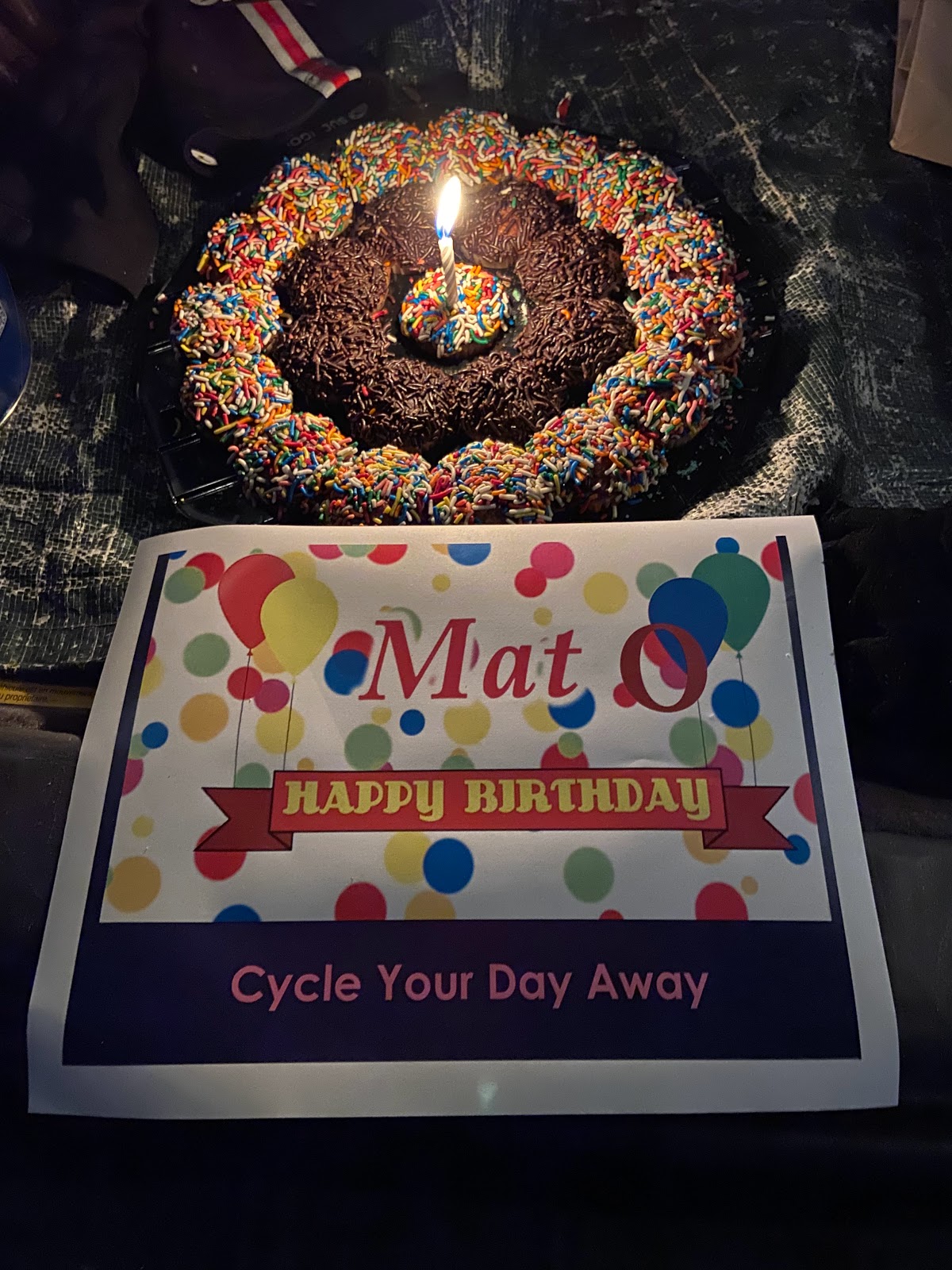 and tailgated at the Easton Library 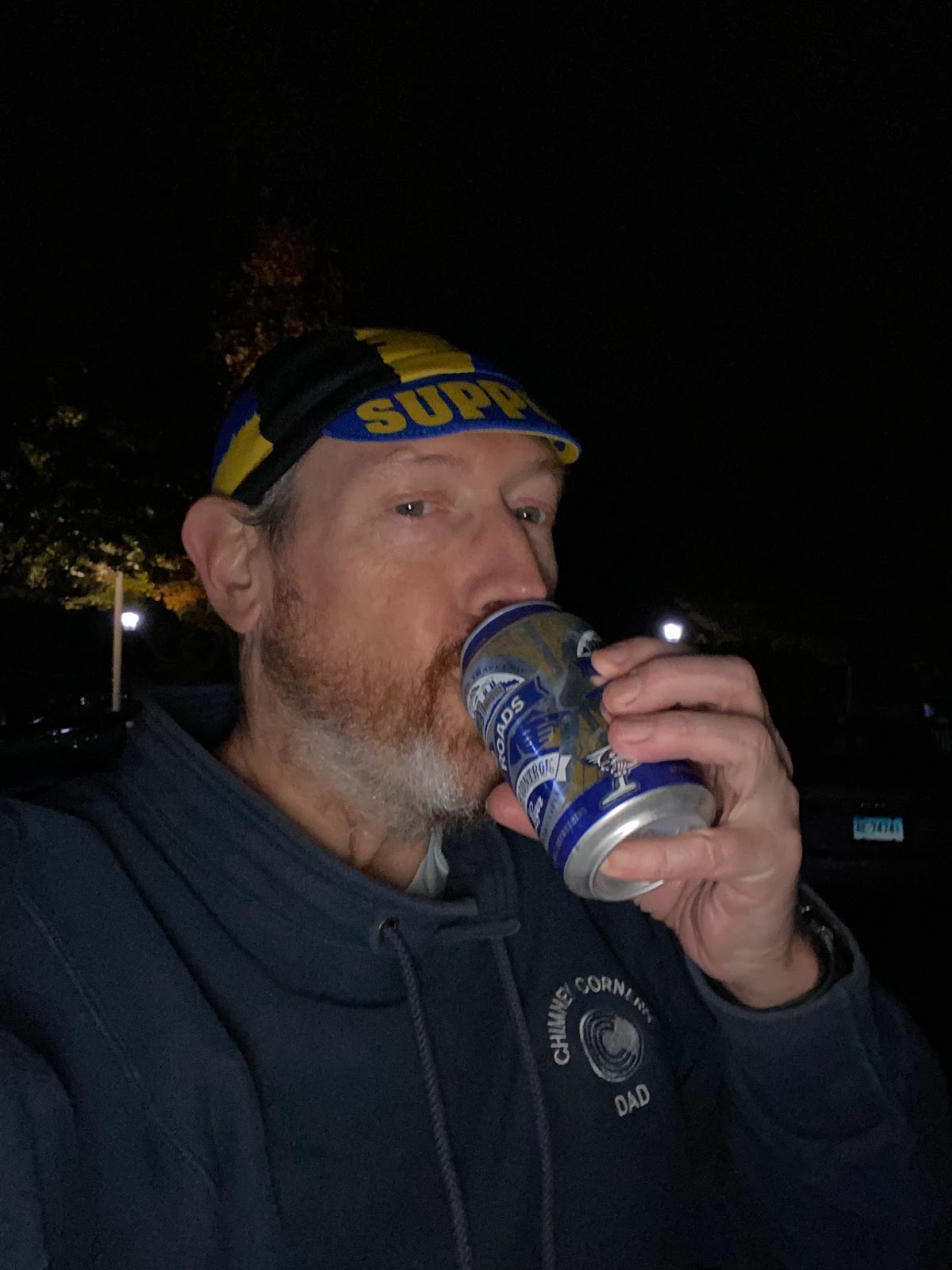 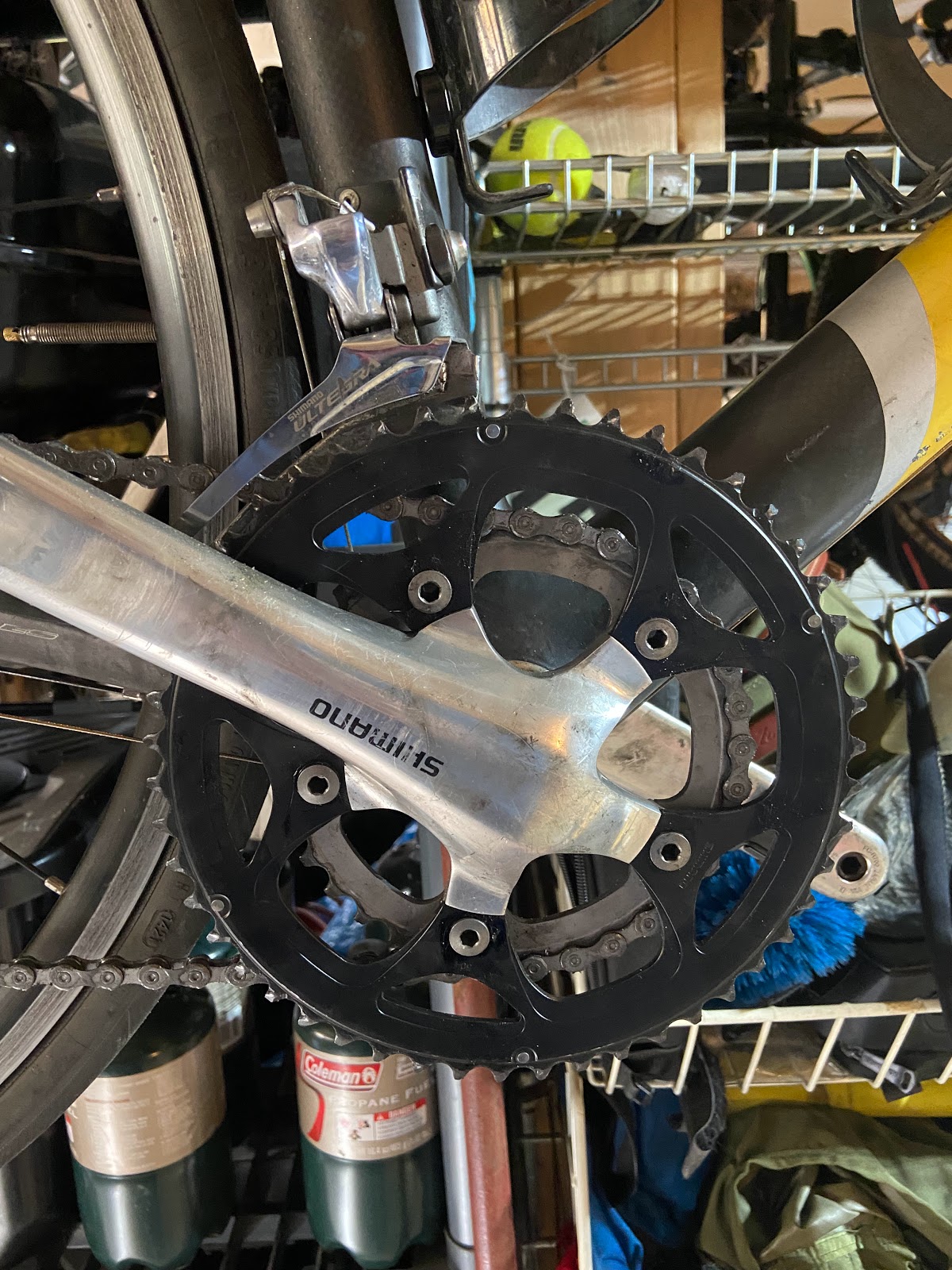 When I picked it up on Friday, they told me that the big ring was shark toothed. They couldn't find a matching big ring because this is an old crank some came up with this solution. 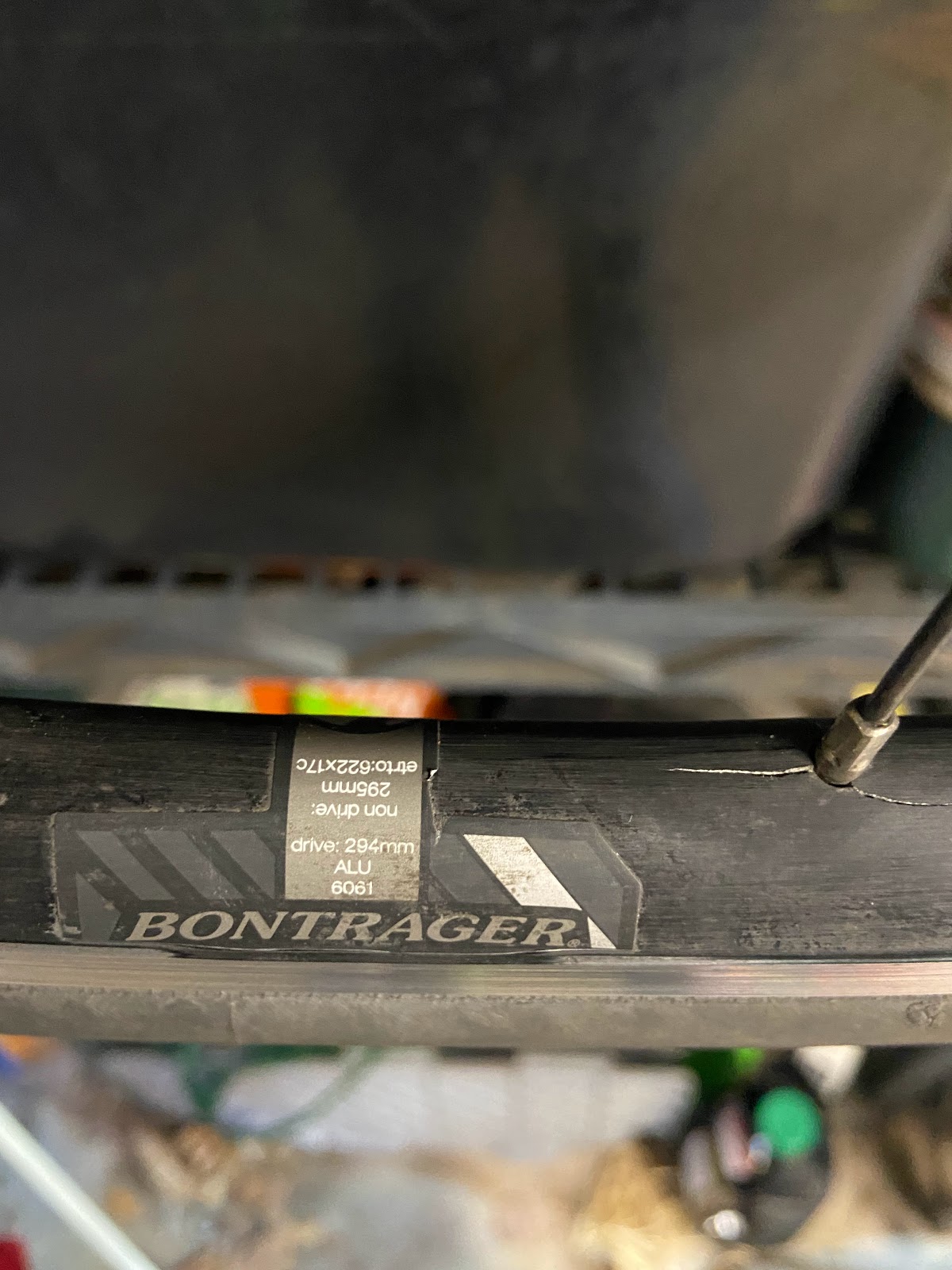 After I got home they called to let me know that the rim on my rear wheel was cracked. 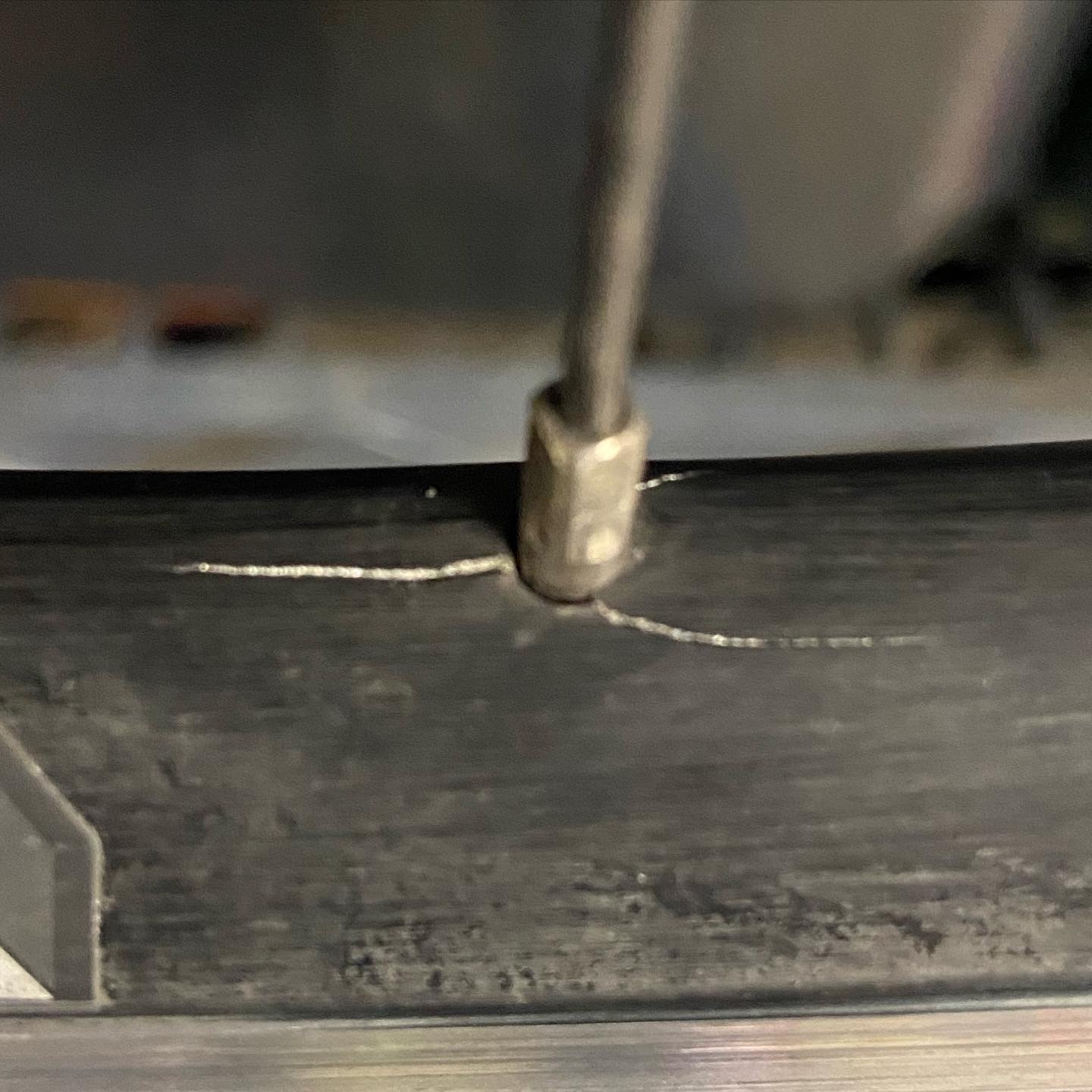 It just keeps getting better and better. Fortunately, I have a spare rear wheel and swapped it out Friday night so I would be ready for my Saturday morning ride to OOF. 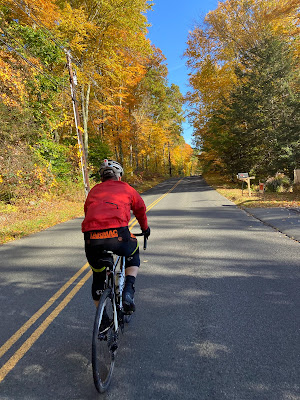 Saturday morning started out cold but when the sun came out it warmed up quickly and made for a lovely day in the saddle. The bike was running really well, too 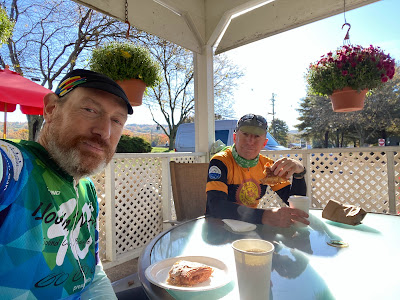 Gavin and I rode to Ovens of France for breakfast. 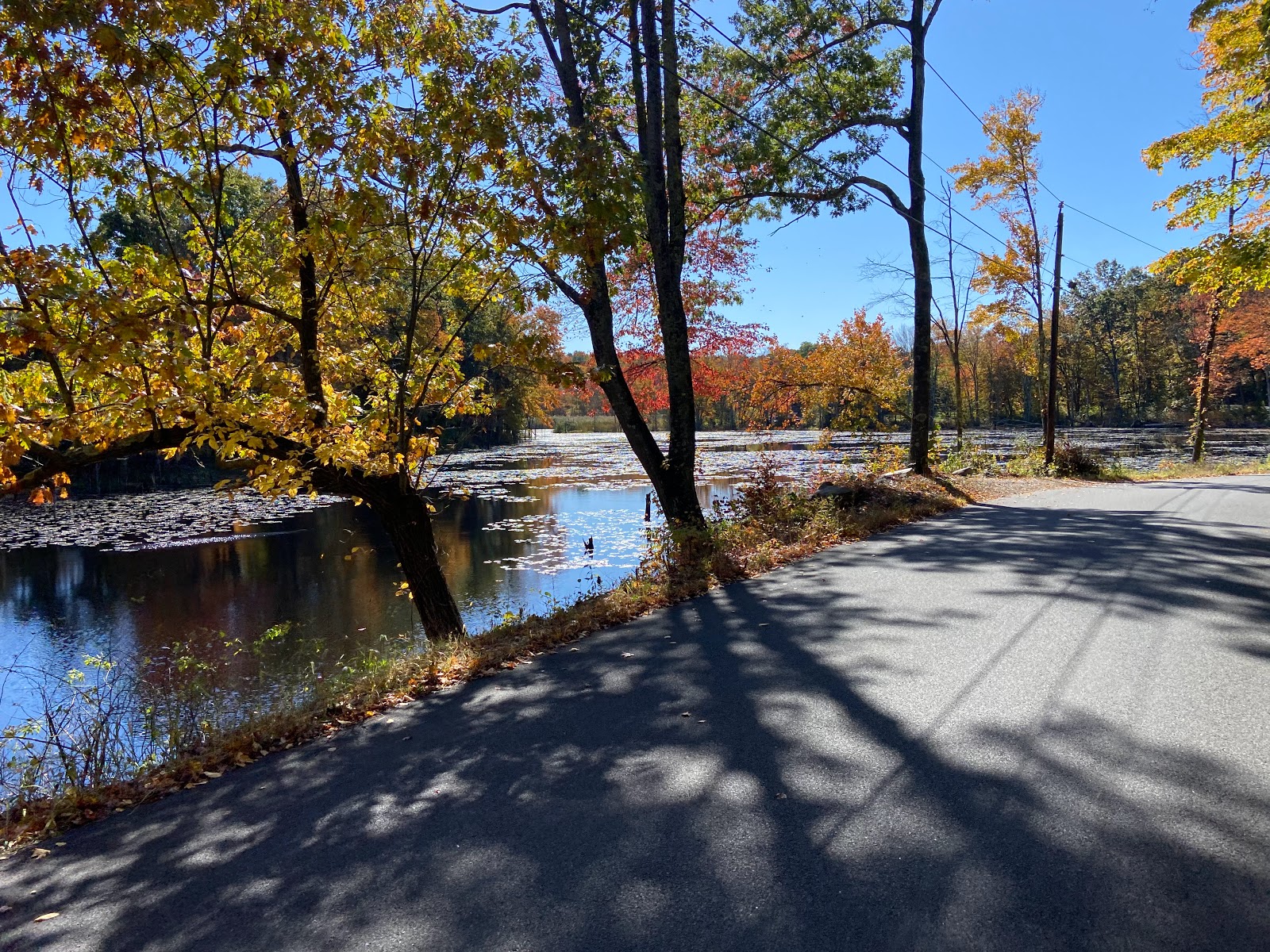 Then, as I was climbing up through the Horse Guard once again and heading back to the scene of my previous accident I noticed the shifting was off in the lower gears. 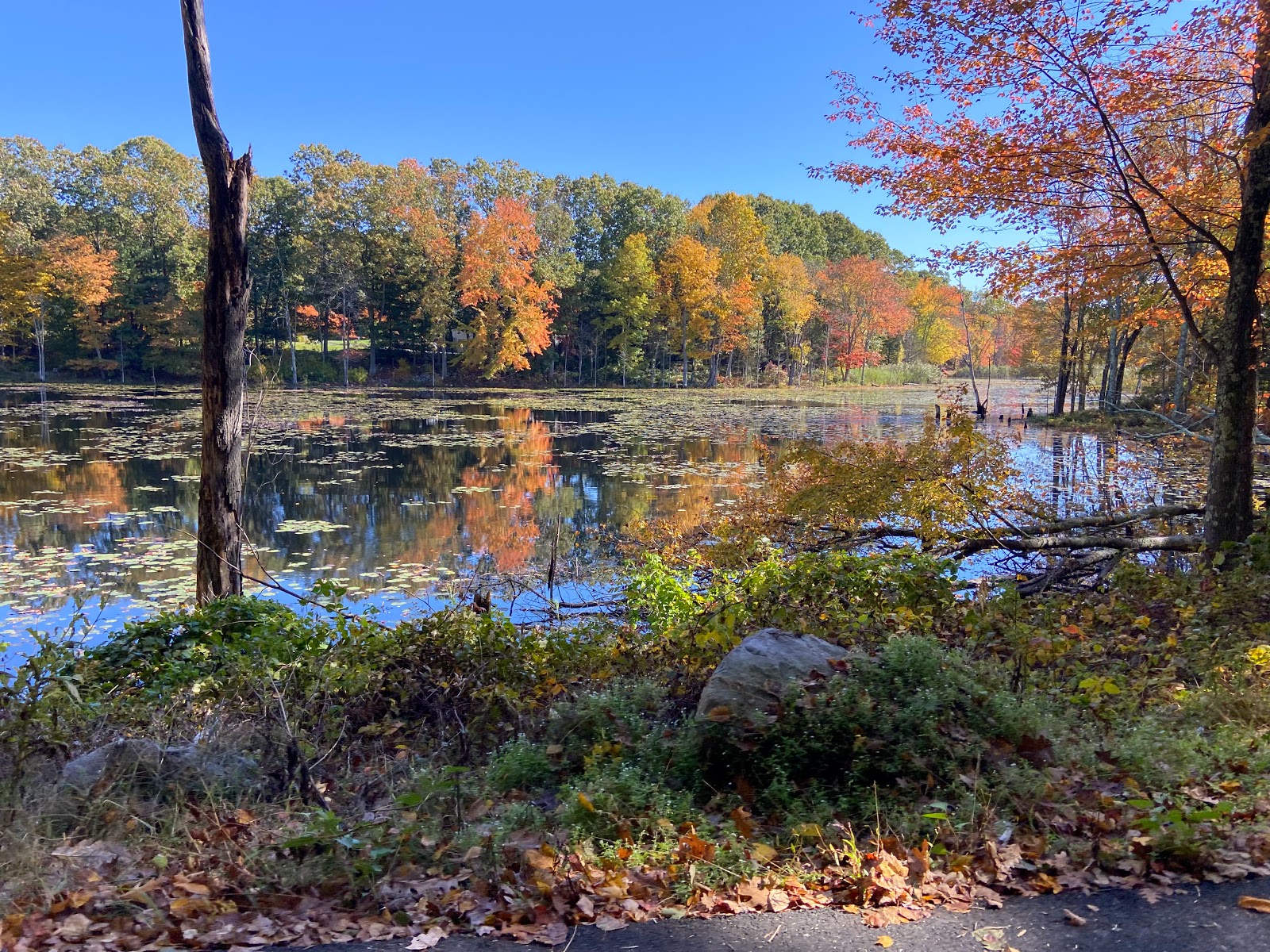 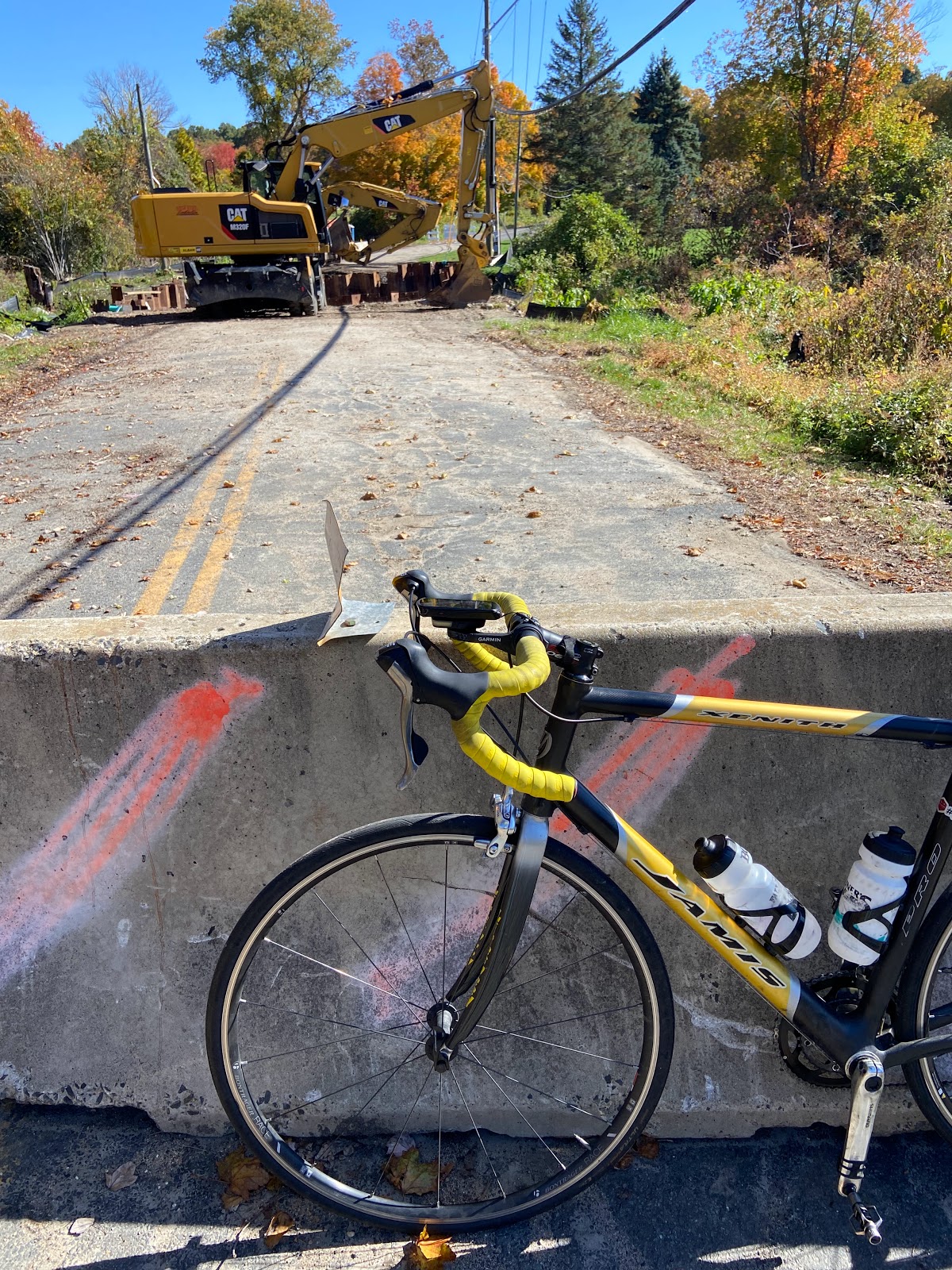 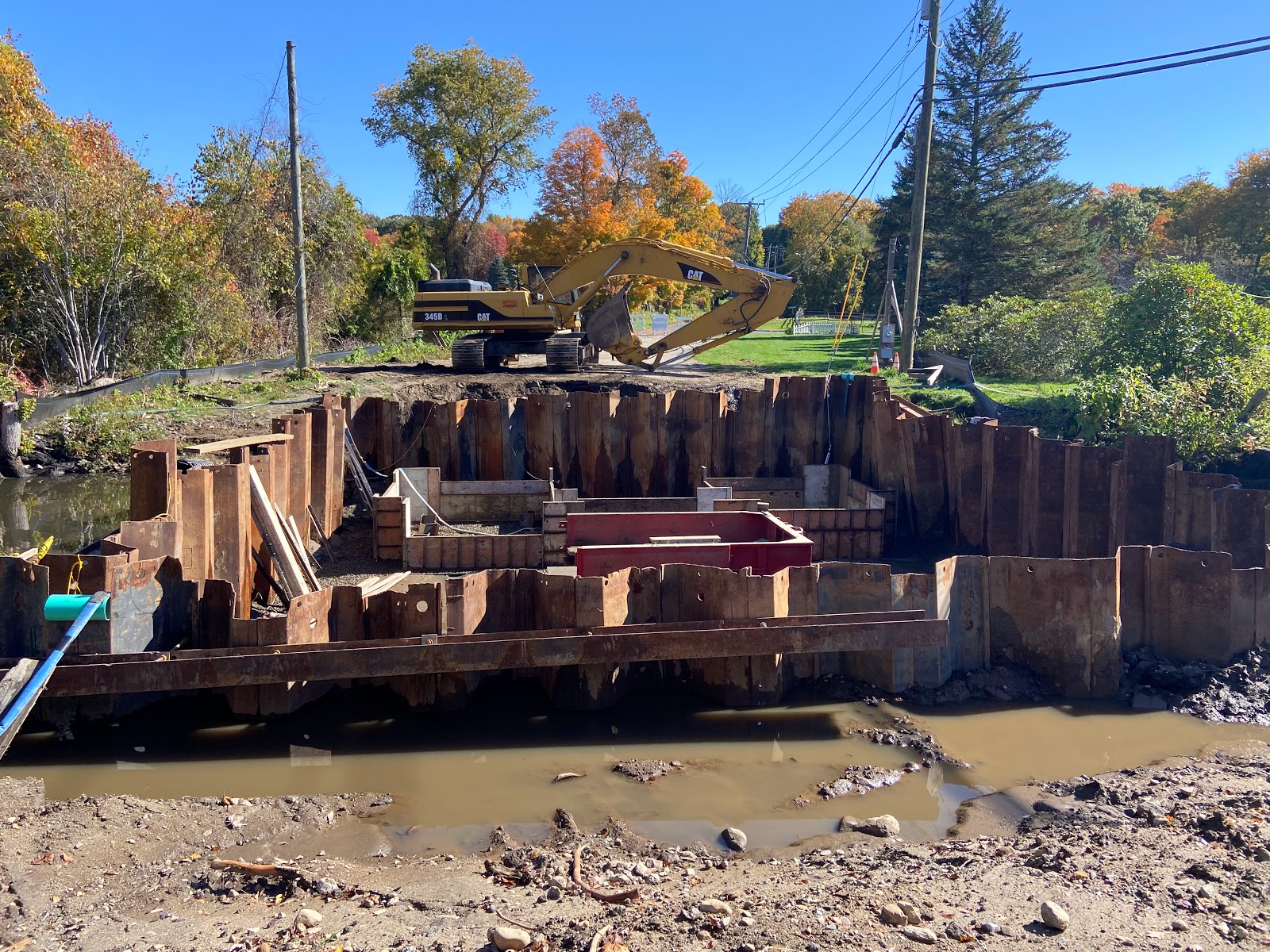 What's taking them so long? 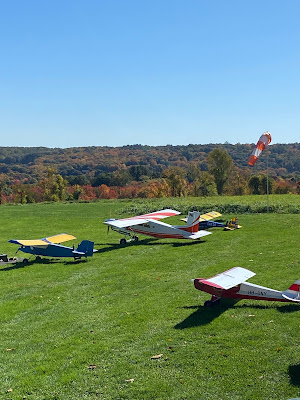 I climbed up Platts Hill and then rode over to Orchard Hill to check out the RC planes. They had a big turn out. I had to do one loop on Wendover/Boulevard to ensure that I got a 5 handle for the ride. 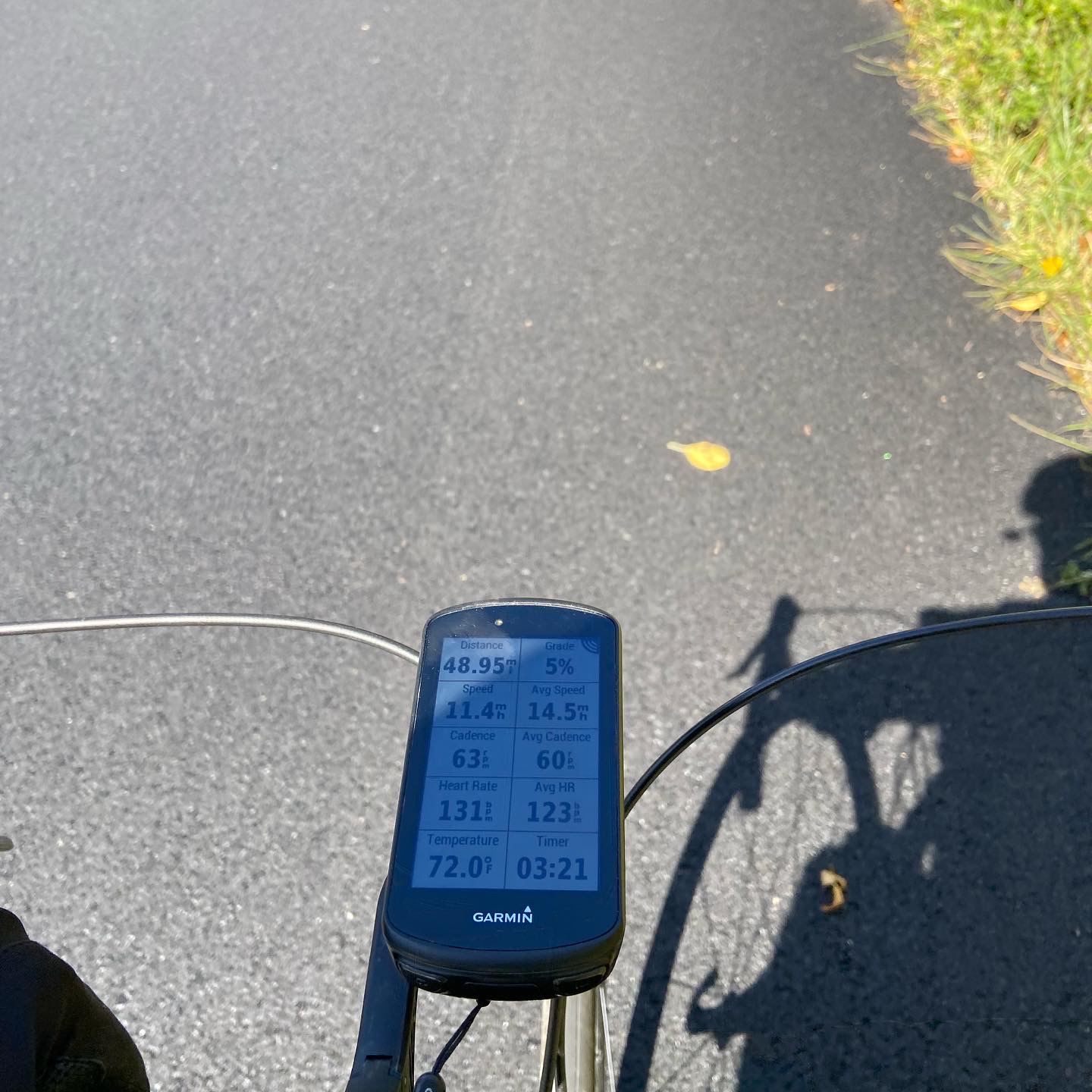 The Boulevard Extension, under Rt 84 finally got fixed. It was more of a problem for cars because it was still smooth on the edges. 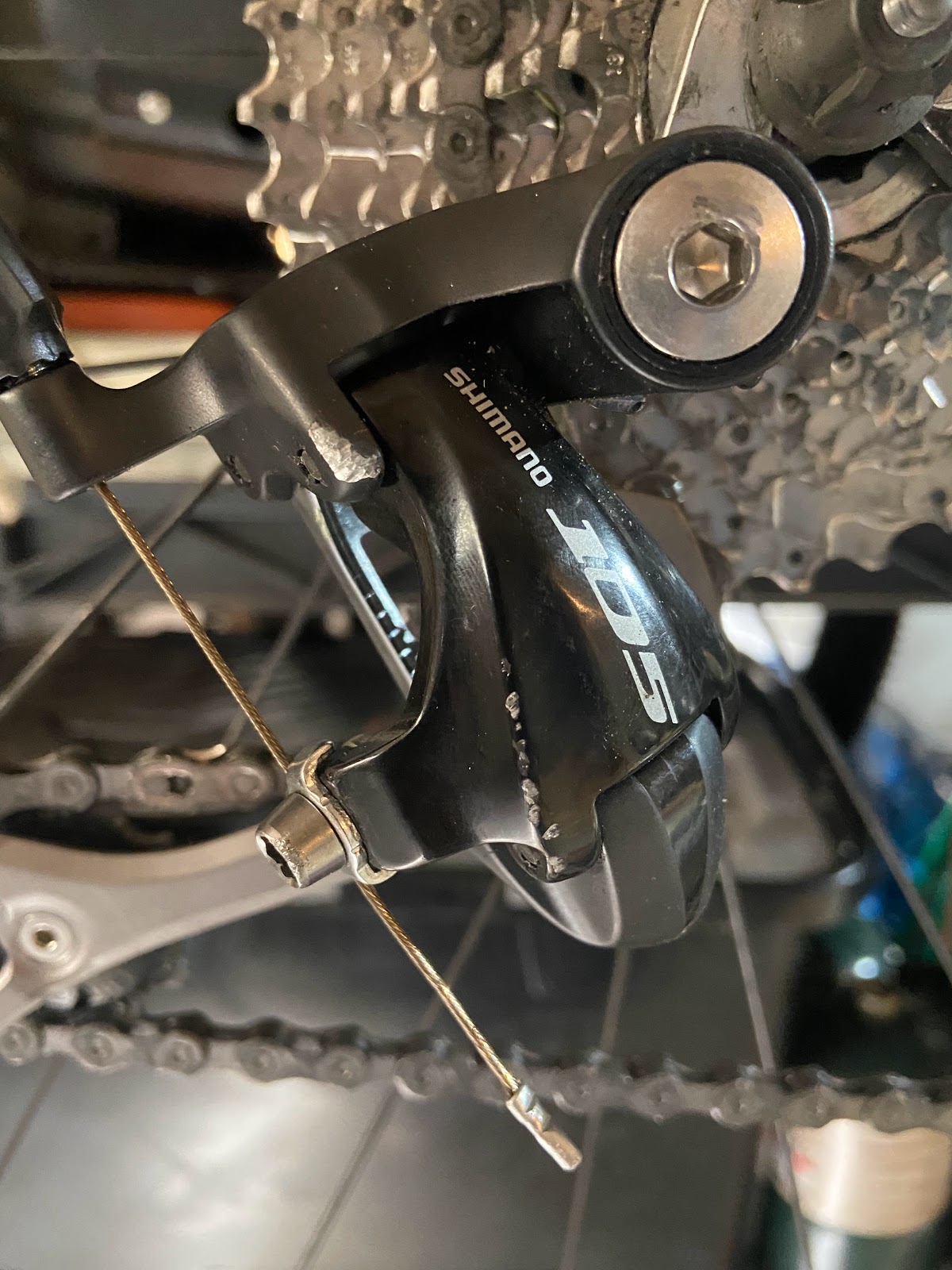 When I got back home I put the bike up on the stand and took the rear wheel off and found the culprit, the spacer ring on the cassette body was bent and throwing off the angle of the cassette. I did get my 5 handle, too, but it my OCD of cycling routes it wasn't pretty.