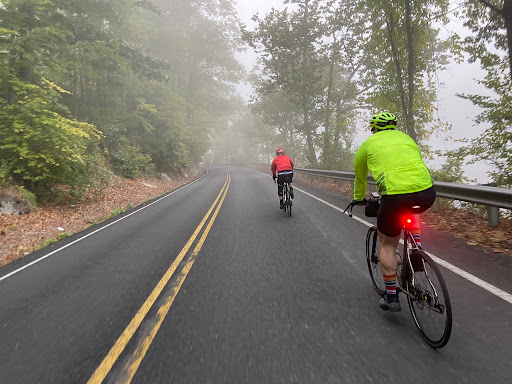 The seasonal change appears to be upon us and it was a chilly ride to Ovens of France this morning. It was foggy down in the Housatonic River Valley but broke when we started climbing out. We took the shortest route today because Gavin had somewhere to be. 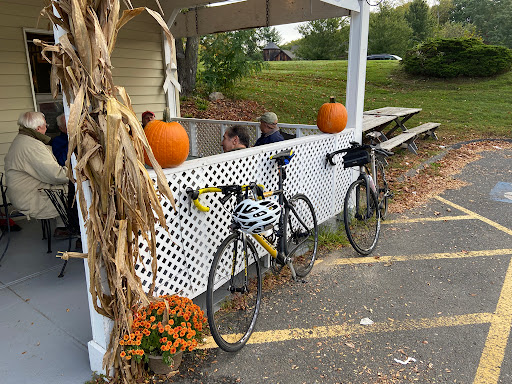 The Boys were in their usual spot and we chit chatted with a bit. 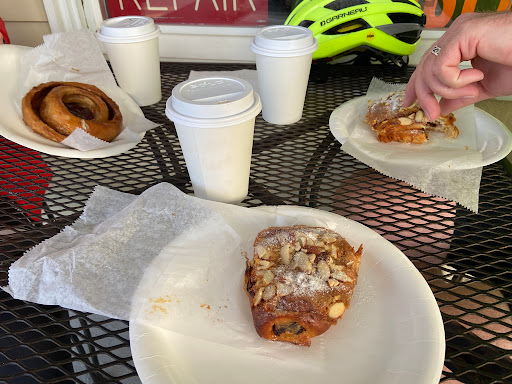 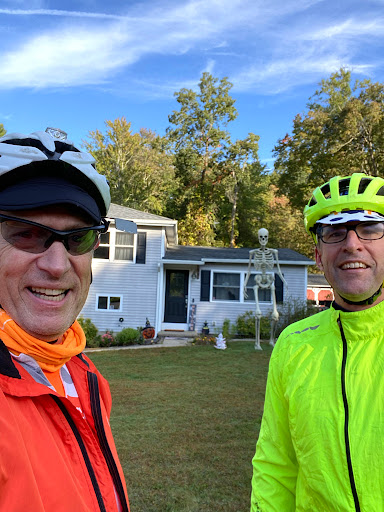 Since Gavin had to make a hasty return to Sandy Hook, Mike and I ventured north up Middle Quarter Road and saw some scary things along the way. 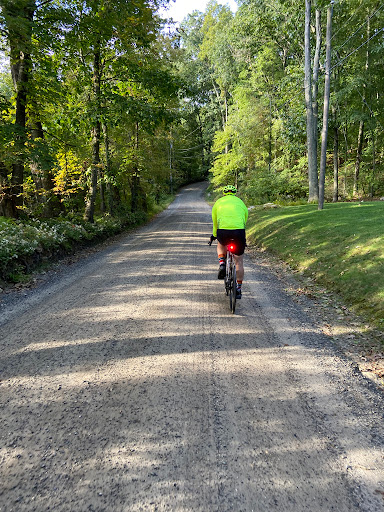 We rode up to Nonnewaug Falls and then headed west on Church Hill Road, which I knew had a dirt section in it that I wanted to cross off my bucket list. 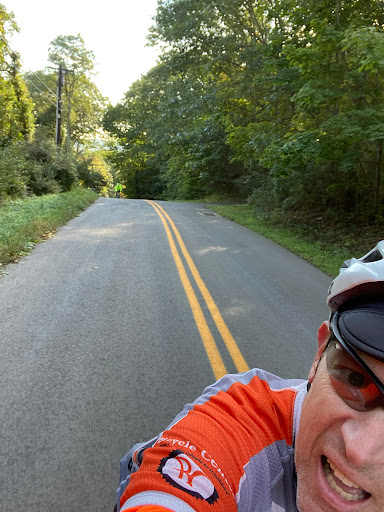 I knew there was a climb but I didn't realize that it was going to be so steep! Later, when I was saving my ride, my Garmin App said that I hit a new all time high heart rate of 190 bpm on this climb. I never felt dizzy or out of breath and it was a total shock to see that. 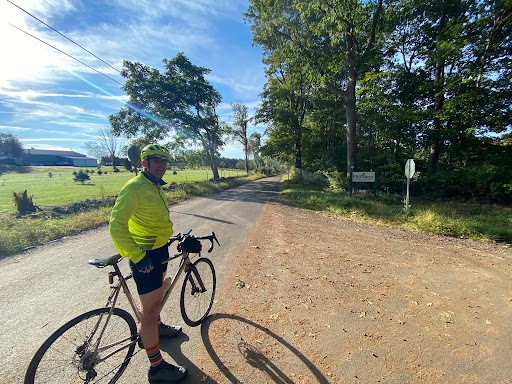 When we got to the intersection with Cowles Road, two of the three roads were dirt so I suggested that we head up to Robert Leather Road to get over to Flanders Road in order to ride back to Woodbury and thus make our return to Sandy Hook. 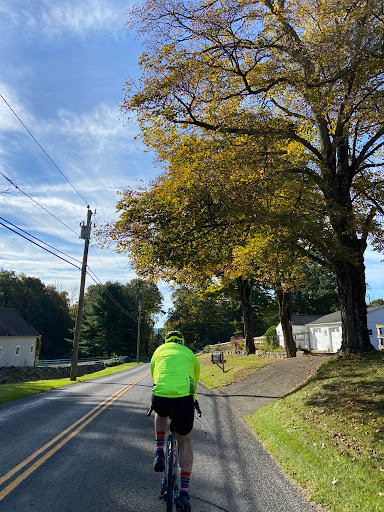 Signs of fall are starting to make their presence known.