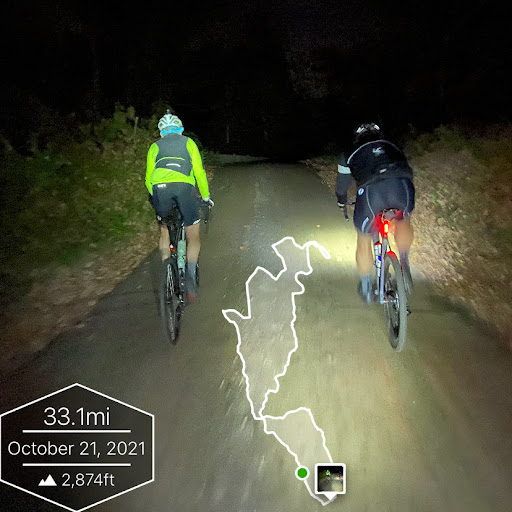 Scott and Brad were interested in attending one of Andy's night gravel rides but Brad's work schedule wouldn't allow him to make the 5 PM meeting time so we met at the Roxbury Town hall at 8 PM to ride a dirty thirty route that I came up with. 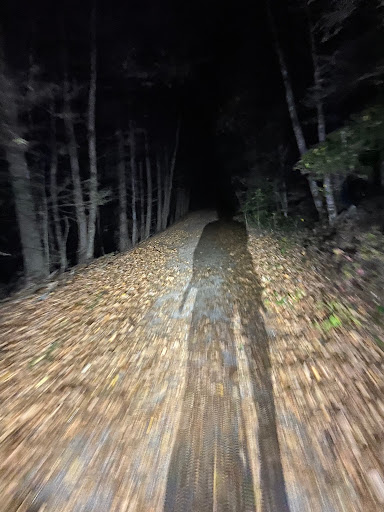 Andy's ride went out at the usual time and when I got to the town hall I had an email from Andy warning me that the Roxbury Police were out in full force (they have one officer) looking to stop anyone who doesn't stop at stop signs. Apparently, Andy and his ride blew through a stop sign and the police pulled them over. 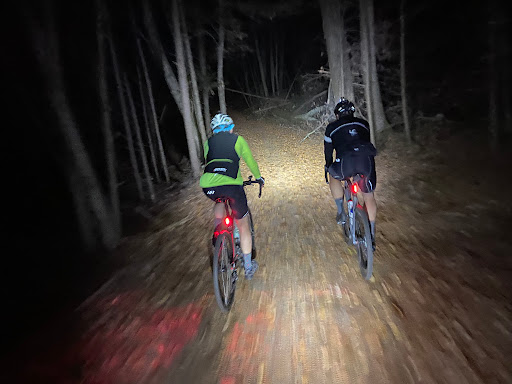 My route had us headed south and we were mindful at all the intersections but Deputy Dog was nowhere to be seen. We hit first dirt on old Roxbury Road and once on the ridge turned north towards Painter's Ridge riding all the dirt roads in that direction. This was Brad's first time up this way and he almost lost it on Moosehorn and the way he was flying on Battleswamp I thought for sure he was going to end up in the Shepaug River. 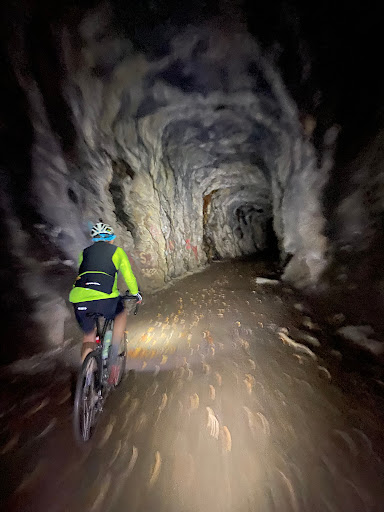 Riding through the tunnel at night is always a moving experience! 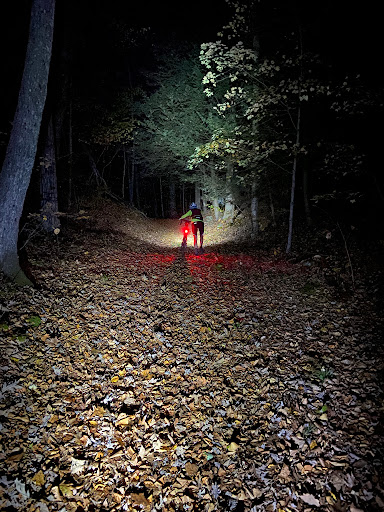 Riding up the trails to Ferry Bridge proved daunting to Scott who ended up walking sections of the singletrack. Brad, on the other hand cleaned everything. I had to put a foot down here and there. 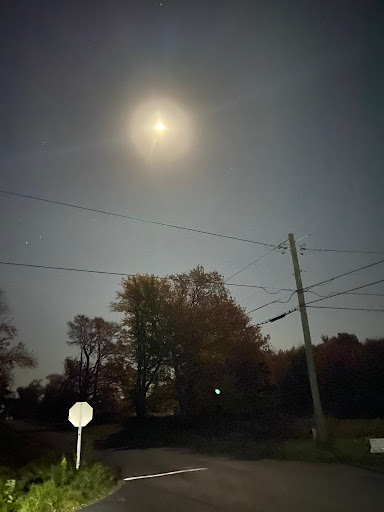 The moon was hidden as we rode all the way up to Romford and then climbed up to the Money Shot Overlook but after heading up Buffim Road to the top of Church Hill it came out and was really bright.  Then we bombed down Walker Brook and hammered back on Judd's Bridge and back to the town hall. 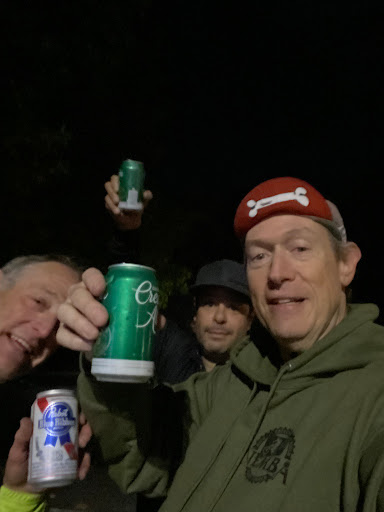 As we were toasting the success of another great ride the Roxbury Police stopped by to say hello and we chatted a bit before he headed home for the night.
at 10:34 AM