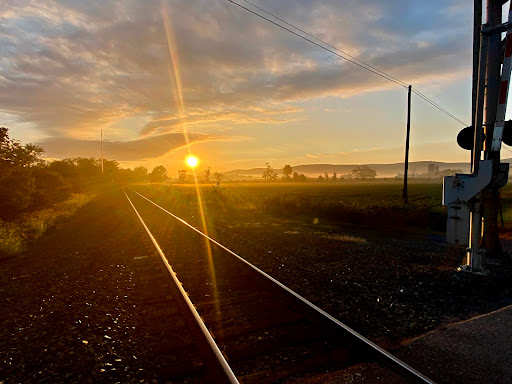 Parents weekend at my daughter's college didn't hold the same attraction as it did when she was a freshman but we went down anyway because we wanted to see where she was living and bring her a few things that she forgot to take with her.  We drove down to Carlisle on Saturday morning and I brought my bike, of course, figuring I could at last get one ride in on Sunday morning. 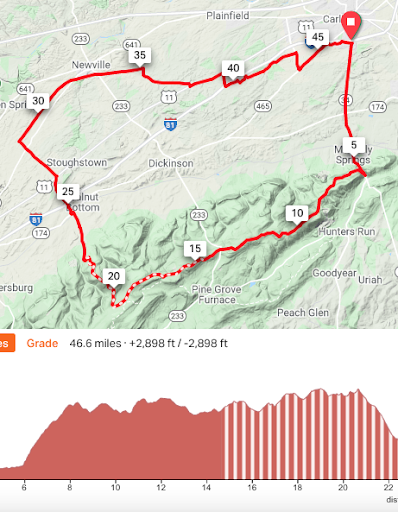 Using Ride with GPS and Wandrer I came up with this route that was cool because there was this initial climb up Ridge Road and then I would be riding along the ridge and hopefully seeing a glorious sunrise. However, RWGPS didn't know that Ridge Road was actually all dirt and while it would have been a great ride I didn't have the extra time needed for 15+ miles of dirt road riding. 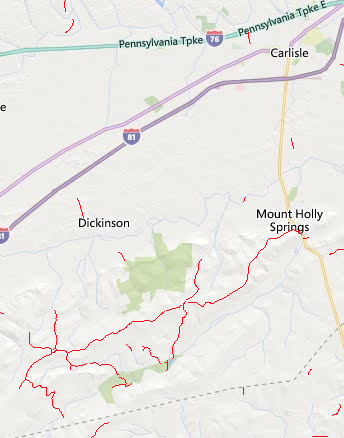 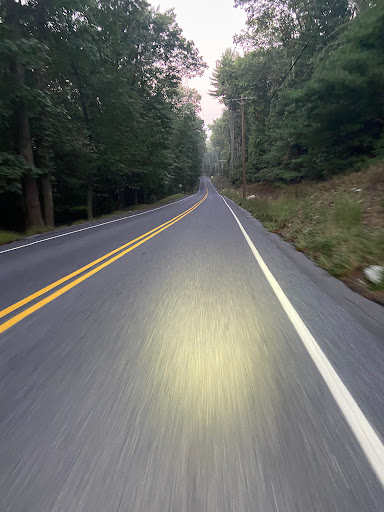 I ended up riding along the south side of the ridge and kept turning right until I came upon Rt 233 which would take me back into the Cumberland Valley where Dickinson College is.  In fact, Rt 233 was perfect because it was a straight shot back to my original route. 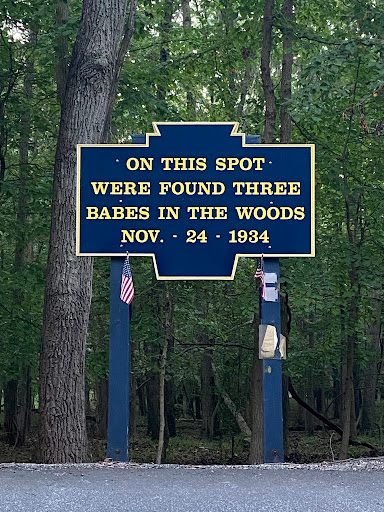 There was a gap that I had to climb and while coming down the other side I saw this placard that was interesting. It turns out that there was this guy named Elmo Noakes who murdered his kids and left them here and then went on to kill himself and his lover/niece the next day. Weird stuff. 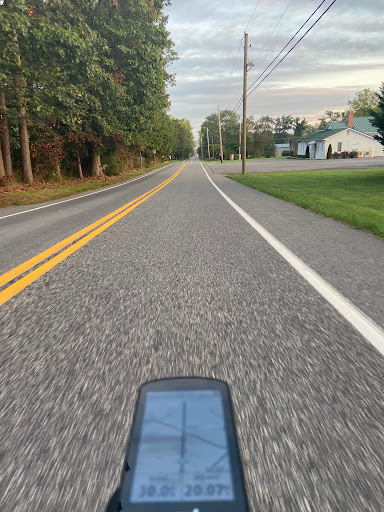 Once down in the valley the road was straight as far as the eye could see. 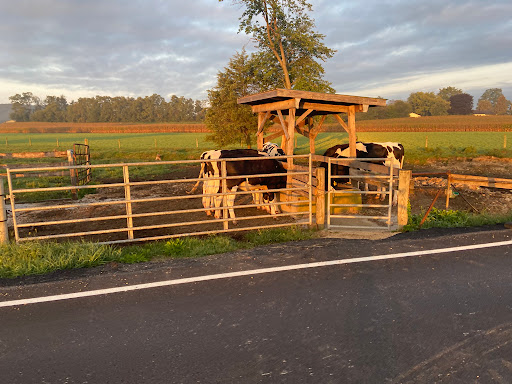 there were lots of cows along the way 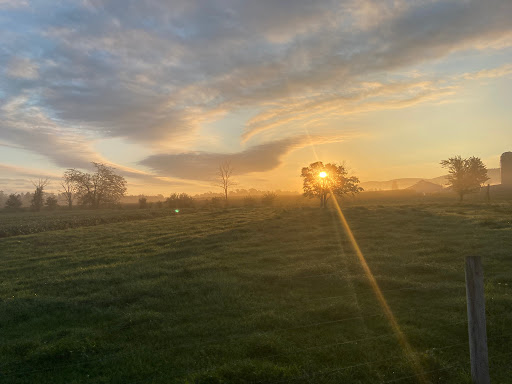 and I did get that marvelous sunrise, only at a different viewpoint. 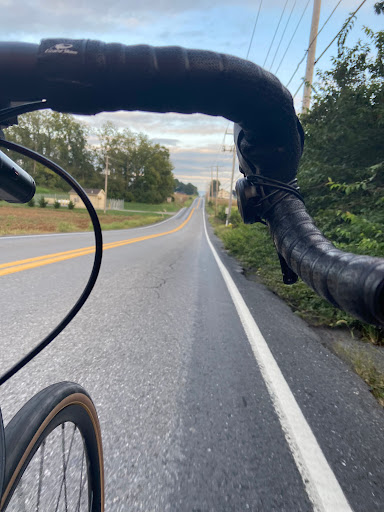 Nearing Rt 174 I caught up to some cyclists that had turned onto Rt 233 ahead of me and we started chatting. Turns out they were doing a century ride in the Valley. When we parted as their route was changing one of them said "Stay between ditches" which I got right away but thought it was funny to say to another cyclist. 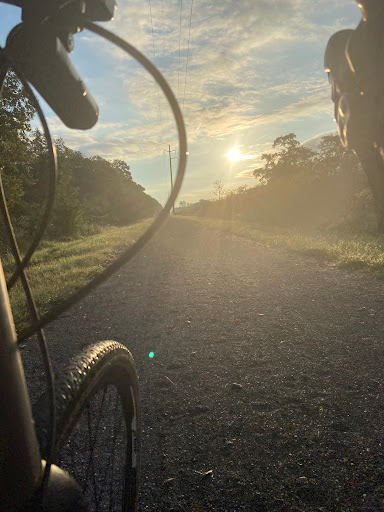 When I decided to make the course change I stopped the course I was following on my Garmin and then I turned it back on because I knew that I would pick up my course shortly and I ended up riding right over it. I had used an rail trail for part of the leg back to Carlisle and I figured it would be a grade crossing and I would just pick it up from there. Turns out it was an overpass and I had to find a way onto the trail. 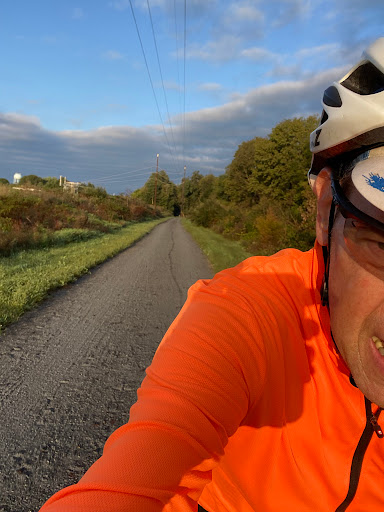 It's too bad this didn't go all the way into Carlisle because after a few miles I was back on the roads again. The backroads are great but getting passed by trucks going at least 55 MPH on Highway 11 is not my favorite, even with a wide shoulder. 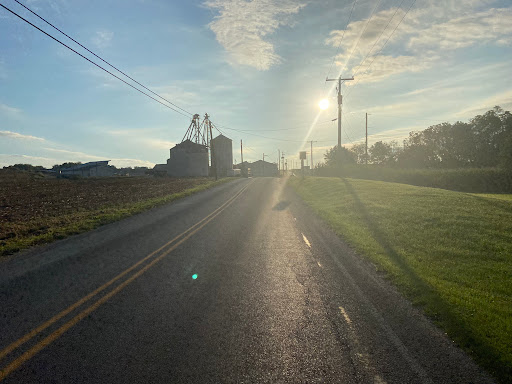 Rode by some more farms 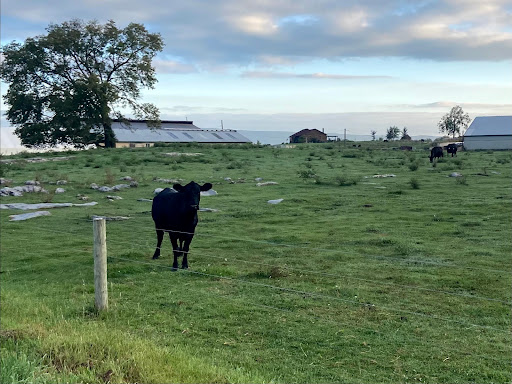 There were more cows 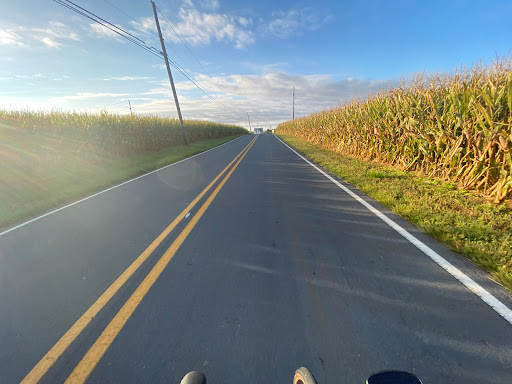