I had been using my laptop to run Zwift and it worked great. I got an Ant+ adapter and it picked up all my sensors. I was also able to use the Zwift Mobile Link app, too.  However, since I was sharing the laptop with my son it became difficult to ride when he was using the machine, and he was starting to use a lot more frequently.  That meant that I needed another solution.

I was picking up my Synapse at Brookfield Bicycle Center after getting it overhauled, I think I had a 3K miles on the cassette and chain, and it was shifting like crap, and as I was talking to Shawn about Zwift he showed me this dongle called an Apple Lightning Digital AV Adapter.  It has two ports, one for power and another for HDMI, which meant I could connect my iPhone directly to my TV and run Zwift that way. 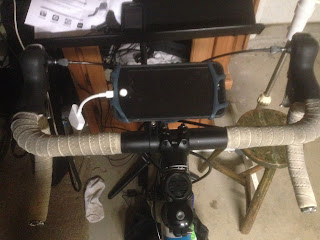 Awesome,  right?  However, this was before I got the Magnus Trainer so I still needed some way to capture heart rate, cadence and speed because my iPhone won't capture Ant+ signals.  I have seen Ant+ adapters for iOs devices but never found anything that lets you output HDMI, had a lightning connector for power and a USB.  There are plenty of those kinds of adapters for iMac but not the iPhone.

I ended up getting a Bluetooth cadence and speed sensor which replaces my existing Garmin Ant+ sensor and works perfectly with the Garmin Edge 520. 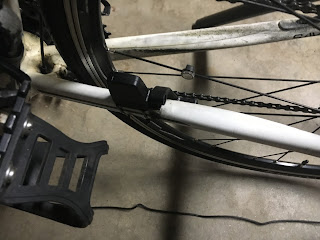 Now the only hurdle to get over was heart rate. I solved that issue when I discovered that the Apple Watch works with Zwift, provided you have the app installed the watch.  It took a few tries to get it to work but I finally did. 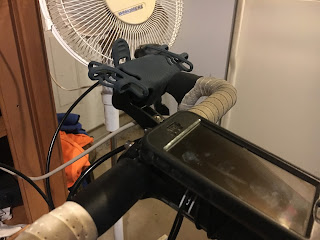 The last challenge is now to get the Zwift Mobile Link to work with my Zwifting session on the iPhone. I have an old 5 laying around that I use with Spotify to listen to music while I ride that has the app installed but it won't connect to my Zwift session when I am running it. I am told all it has to do is be on the same wifi signal. Again, back at the Bicycle Center the other day, they suggested turning off and turning the Wifi.
at 8:39 AM

Email ThisBlogThis!Share to TwitterShare to FacebookShare to Pinterest
Labels: Zwift