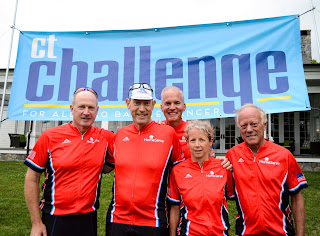 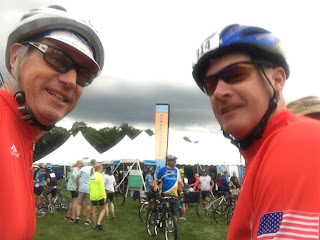 Got a little rain before we stepped off 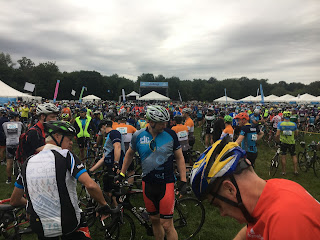 Having ridden the course in both directions there weren't really surprises 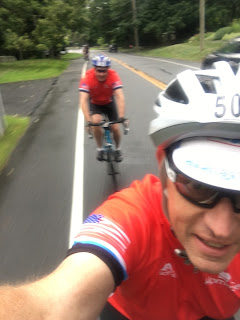 The first part of the course is like my bike commute 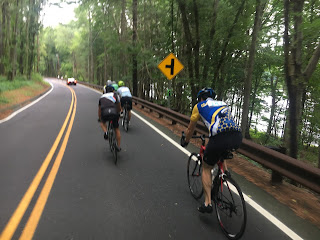 Up through the Fred Zone 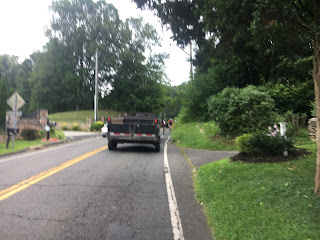 Prior to the ride I suggested that the route planners take the Route 133 climb out of the course and go up either Iron Works or Old Pumpkin Hill but I don't think they really know the area and kept it in.  It's a narrow climb on a very busy road. Actually, it was probably the only the stupid course decision for the entire course. 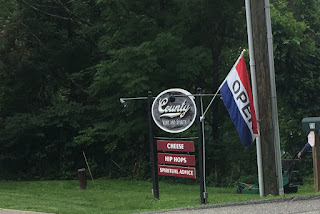 45 miles in and I could you a little a spiritual advice! 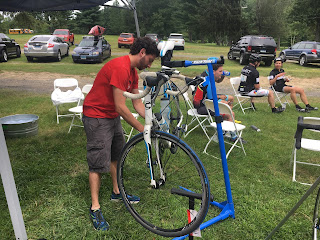 Fortunately, there was a bike mechanic at the lunch stop, who after an hour of trying to thread the brake cable through the internal routing was about to give up when he finally got it through.  Cell reception at the lake was poor but I still tried to scrounge a bike from some folks that I knew that lived in the area and rode.  Plan B was to ride it as a dingle speed back to my house in Newtown and pick up my cross bike and finish the ride on another bike.  Fortunately, that wasn't necessary. 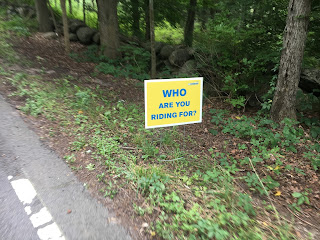 I was riding for both my parents, who both had some form of cancer and are still alive today.
My 98 year old Grand Mother, who is still alive, who had a double mastectomy
As well as those in my family that lost their battles with this horrible disease:
My paternal Grand Father and my wife's father, both died of Pancreatic Cancer. 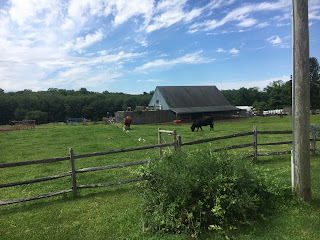 You can't ride through Litchfield County without seeing some bovines 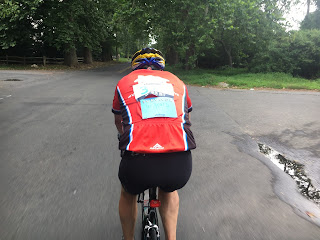 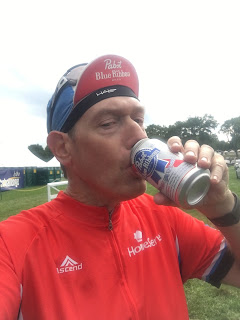