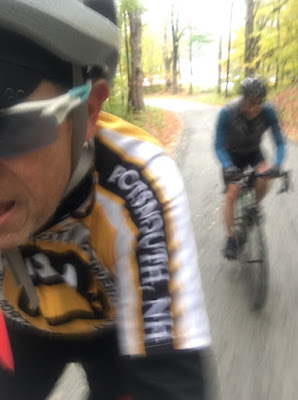 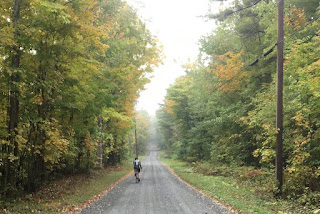 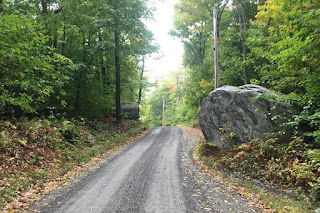 The rain from the previous day was really helpful because the dirt roads of the Berkshires had a nice even feel to them. I sure before the rains, all these roads were bone dry, just like the dirt roads that I usually ride in Roxbury and Washington, CT.  The route this year was very similar to the 2014 Route, only with a few tweaks. 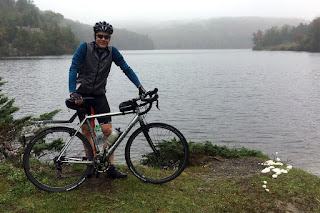 At Hayes Pond, off of Conk Road we stopped for a little photo opportunity. With this weather, we weren't going to get any scenic vistas of the Berkshires.  The Sound of Music vista was going to be largely obscured. 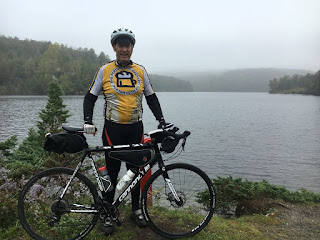 At the first rest stop we encountered a somewhat less than enthusiastic crew of the Pittsfield High School Track Team.  They were just opening up when we arrived and maybe the kids weren't just awake yet.  I know how it is, I have a 15 year old daughter and at 9:30 in the morning on Sunday she is rarely awake. 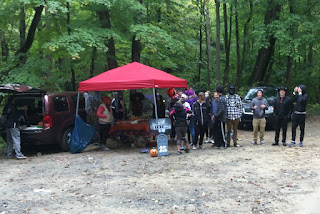 The snacks were great and of course I had to have the pickle juice shot.  I filled my bottle with diluted gatorade and grabbed some trail mix for the road. 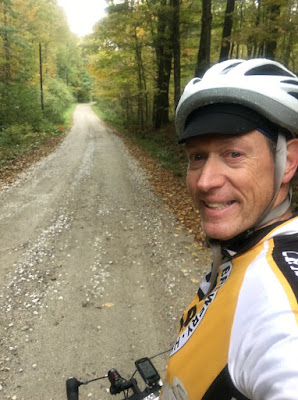 After the rest stop we continued to head south through Sandisfield State Forest and then eventually hooking around through New Marlborough, which was one of the route tweaks.  The New Marlborough/Monterey Road is a great and a must ride if you are going to ride dirt in the Berkshires. Passing through the Green, we then started north again, past the Sound of Music vista, which due to the cloud cover wasn't worth stopping to take any pictures. 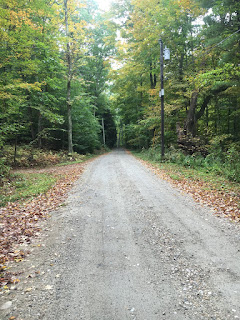 In 2014, we were riding south and you couldn't miss the Sound of Music vista. In 2015, we rode north and unless you knew what to look for, you would have ridden right past it.  Maybe next year we'll have nicer weather and I will get a good shot of the vista.  I rave about this view because it lines up perfectly with Mt Everrett and Mount Washington State Forest. 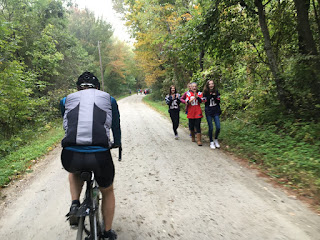 The second rest stop was in Bear Town State Forest.  The track team on this rest stop was a much more enthusiastic and they were all decked out in football jerseys, many of which were the Patriots. This is an important rest stop because after this come the two signature climbs of the ride, George Cannon Road and Schemerhorn Hill.  There were some really good snacks and of course there were pickles, a Gravel Grinder staple. 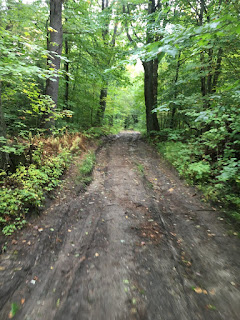 Then it was down Brace Road, which is a 4x4 road in which the Appalachian Trail uses.  I even encountered a pickup truck driving the other way this time and one of the mothers at the Rest Stop drove her Subaru up this road this morning. 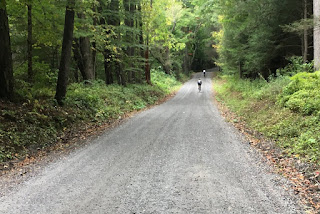 Then it was on to and up George Cannon.  What a climb!  This couple had passed on Jerusalem Road but Will and I caught up to them on Tyringham Road and we road with them a bit.  The woman took off up the hill like a bat out of hell and the guy was a bit slower.  At one point he was actually walking.  Will caught up to him and and then they were both gone.  I was crawling but I never walked. 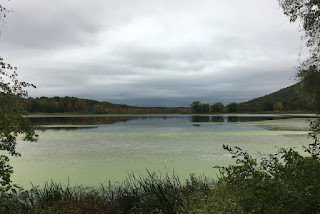 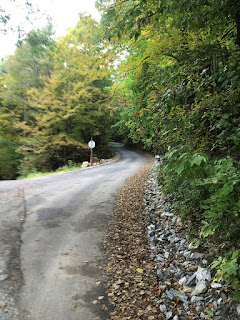 We then headed up Schemerhorn Hill and it was indeed paved but it was ungodly steep!  Riding it a few years ago with the washouts and rocks was really tough and while you would think this meant that it would be easier it was still the toughest climb of the ride.  The Strava Segment averages 15% and it has a 24% section in it.  I's very similar to Archambo Hill on the 180K D2R2, only paved. 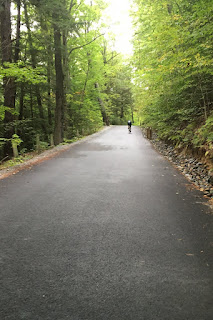 I ground my way up it and Will killed it again.  Riding up this hill is almost like spin class only you are not spinning that fast.  I was up out of the saddle a few times and during once of those transitions I noticed something wasn't right on my bike.  I thought my headset was loose but then I realized that it was my front wheel skewer had come loose.  I tightened it up when the road to turned to dirt again. 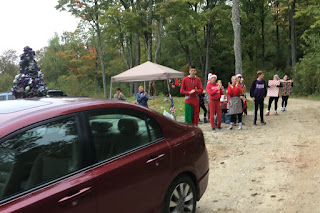 The last rest stop was a Christmas Theme complete with a Christmas Tree and Santa Claus. You could sit on Santa's lap, too. 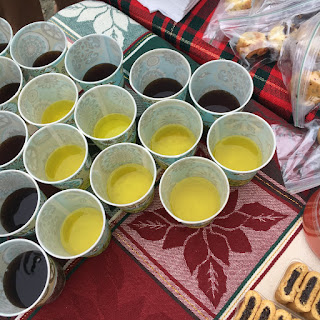 There were pickle juice and maple syrup shots, along with a plethora of other goodies.  By this time, a few more riders came in too, one of which is someone I follow on Strava but never met face to face. One of these days. 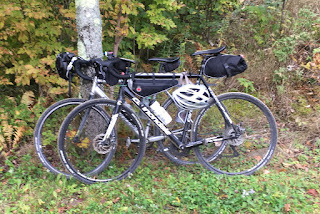 I have definitely put the CAADx through enough tests now that I feel comfortable replacing it for the Surly on Gravel Grinder rides. 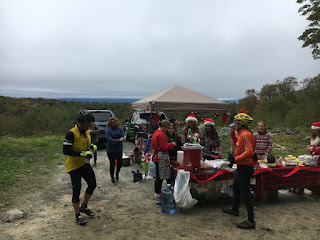 You can't see Mount Greylock this time around from Anderson Vista. 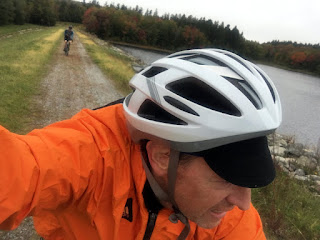 After the hard climb on Schemerhorn and the rest stop I cooled off considerably and needed to throw on my jacket for the last section back to Cantebury Farm.