After last week's True to Brew ride I got the bug to ride to another nearby brewery, the Captain Lawrence Brewery in Elmsford, NY.  Being located near the southern terminus of the North County Trailway I figured I could kill two birds with one stone. Ride to another brewery and pedal down the entire length of the North Country on a singlespeed. No one from the LunArtics were available but Karl from True Cyclery was definitely interested so we planned to meet at the trail head in Southeast, NY and ride the Putnam Trail (the Old Put line) to the North Country and then to the brewery! 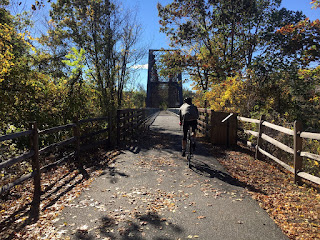 Our start got delayed because I should have done a better job posting the parking lot location for Karl and then right before leaving I realized I lost my pedal magnet and we went searching for it but to no avail. Despite the windy conditions it was a perfect day for cycling. 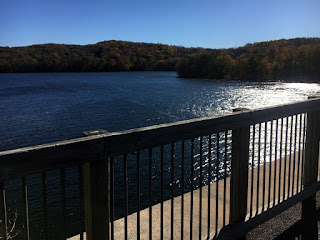 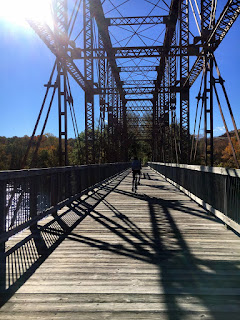 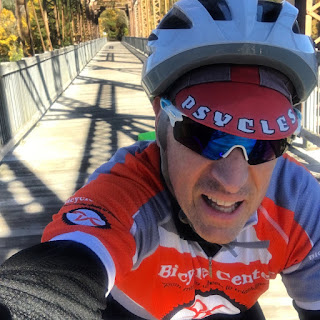 Next time I do this ride I think I want to try riding it fixed! 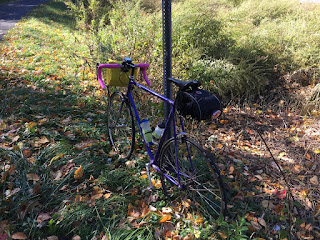 9 miles from the Brewery was when the first mishap occurred 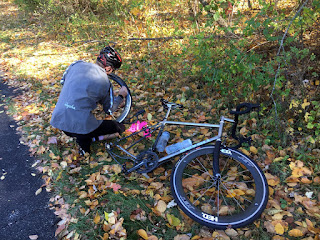 Karl got a flat! It would appear that a very sharp piece of acorn cap must have punctured his tire. 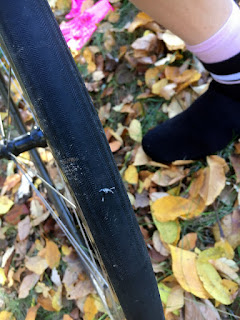 I went and checked the vicinity where it popped and all I found were pieces of acorns.
Karl lined is tire with a ten dollar bill and then we took off. 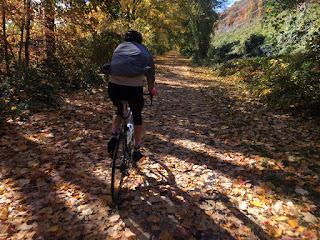 Further down the trail it got really leafy and the next thing I new I was off the trail and riding in the gravel. I tried to pull back onto the trail when the leaves caused me to slide and I went down on the deck. Getting up my right hip hurt and figured I was going to have case of road rash by the looks of abrasions on my best tights.  My right knee hurt from the impact as well, along with my right elbow and hand. What hurt the most, however, was my left thumb. Somehow I jammed it and that could be a problem as I learned later while trying to climb on the hoods to the brewery. Otherwise, I felt pretty good. 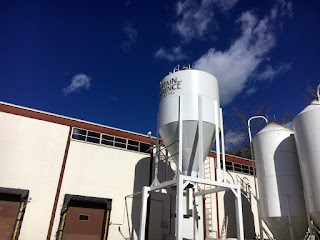 Upon arrival at the address we wandered around till we realized the brewery was in the back of the building. While I came prepared with a bike lock I was pleasantly surprised to find ample and secure bike parking. In fact, we weren't the only cyclists there. There seemed to be two or three groups there as well. 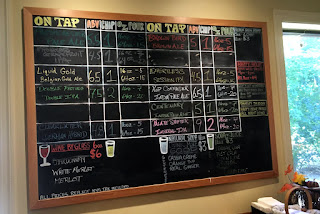 Captain Lawrence doesn't sell flights, rather you buy a sampling glass and then poker chips. One chip for sampling beers 6.5% ABV and below and 2 for anything above.  That's a great system.  Karl and I split a 10 pack of chips. 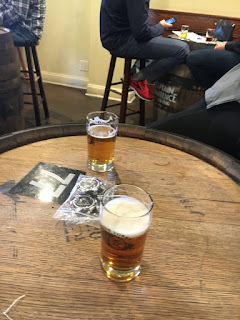 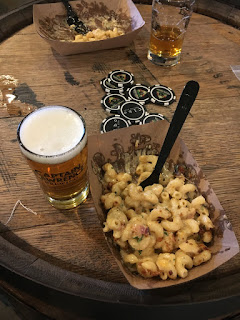 We also had the Bacon Truffle Mac and Cheese and it was UFB! 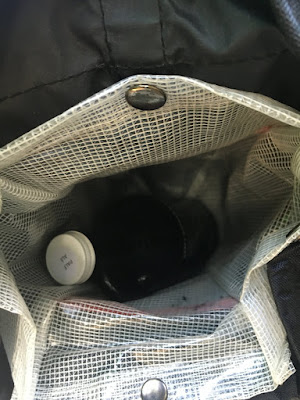 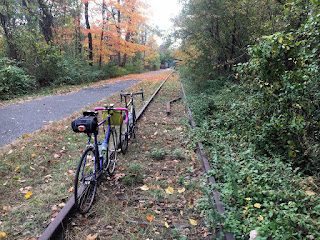 Being a railfan, I had to stop on the way back and take some pictures of these tracks. 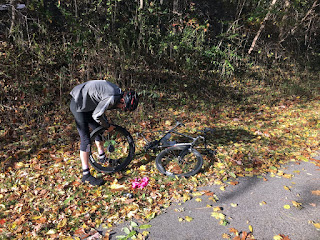 We were 9 miles from the end of the ride when Karl got another flat on the same hole.  What ever got him this time went right through the bill and got him again.  Fortunately I had a spare tube (I always bring two) and we were shortly on our way.

Despite the flats, crash, and the brutal head winds, it turned out to be a great day of riding and sampling beer. Where to next?