Due to illness I was unable to make the Friday LunArtics Ride Before Work to Ovens in France in Woodbury, CT but by midday Saturday I was feeling much better. A longer ride on Sunday that would include a stop at Ovens of France would be perfect.  There was a frost advisory for Sunday morning and it was cold as a witch's tit that morning! 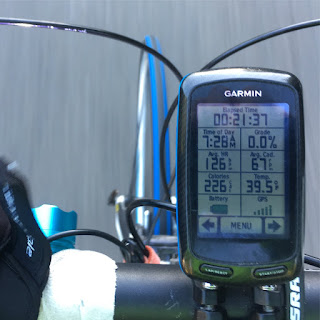 I met a fellow LunArtic, Mike, at our usual starting point and we headed south down Toddy Hill over to Bottsford Hill and then onto High Bridge Road and it was cold, however, I was dressed pretty well for the weather.  I still need to get some toe warmers and thus had to ride with my over booties. 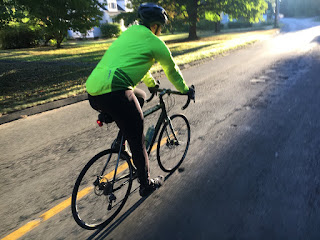 Mike was dressed appropriately for today's ride but when the sun came up things started to get a bit warm.  Since we were heading down to Stevenson I figured with the descents I might as well keep everything on. 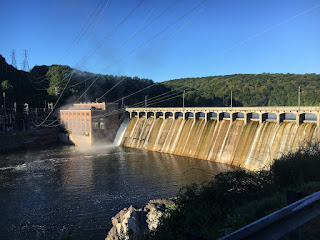 We rode over Stevenson Dam, which is famous as being only one of the two dams in the country with a highway over it.  From the Dam we continued down Route 34 till Route 188.  Then we climbed up out of the Housatonic River Valley and then climbed up out of Oxford, and then climbed to Middlebury.  Once in Middlebury, we descending down to Woodbury and to Ovens of France. 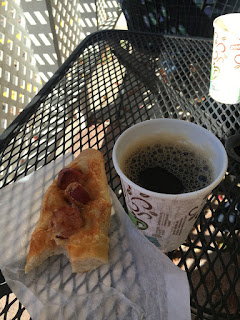 My ridenosh selection du jour was the Pepperoni & Cheese Baguette accompanied by a hot cup of French Roast makes for a perfect breakfrast.  I decided to lose my riding jacket after breakfast and I wanted to take off my booties but didn't have enough room because I had snacks for the family taking up all the room in back pockets. 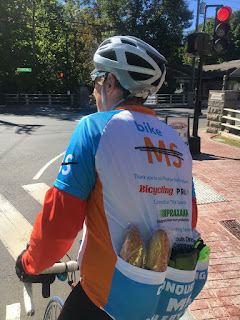 From Woodbury we road most of our Friday route in reverse only in order to get back by 11 AM we bypassed the Spruce Brook climb and headed back via Glenn Road.