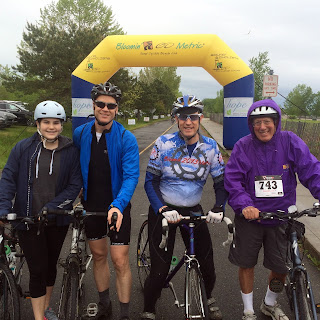 I usually ride the Bloomin Metric each year with my son Elliot on our Burley Tandem but this year it was raining a bit chillier than normal and Elliot bailed.  I quickly switched bikes and went to the Paramount.  The 25 mile course (40K) has some climbing but nothing insane that I couldn't handle with my gearing.  In fact, I rode the course on my Bianchi SSer a few years ago and it was quite fun. 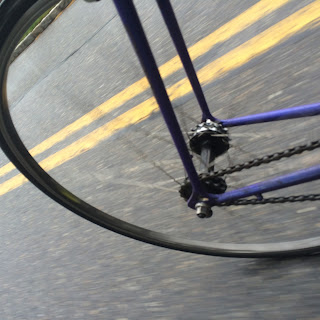 Rounding Nyla Farms I had an epiphany, why not ride fixed!  I told my father to go ahead and that I would catch up.  I did a quick flip flop and took off after him.  He only rides about 8 mph so I caught up to him pretty quickly at Southport Beach.  I thought I was going to be slower but it was so smooth riding this way that I was really able to tear it up. 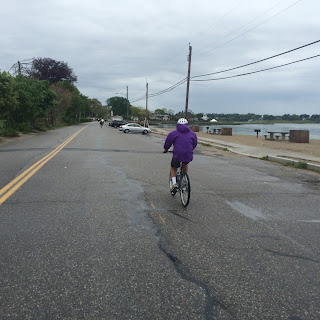 In fact, I ended up pedaling on ahead and then circling back to wait for my father.  I also went back to look for my Brother-in-law, Will, who was riding with his daughter.  After Elliot bailed, I should have brought the tandem for them to ride. 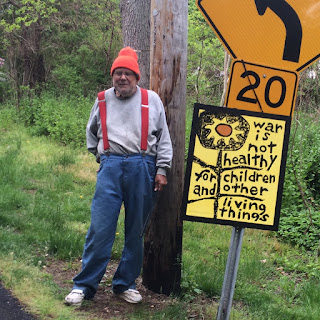 There was this crazy old Coot, on the side of the road near the rest stop, protesting war, which I thought was a little interesting. 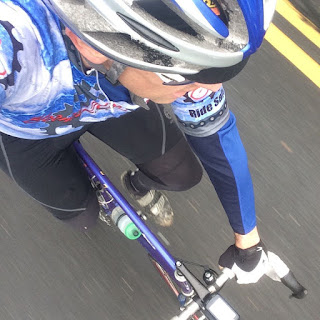 It stopped raining right before we left Sherwood Island so the roads were a bit wet and it was chilly but as the day wore it got warmer to the point where I was sweating. 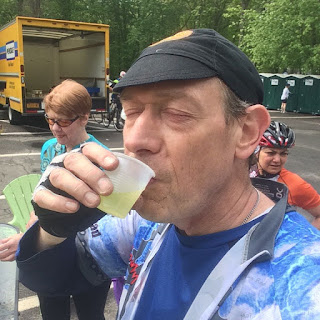 At the rest stop there were some great snacks, pickles, and of course pickle shots! 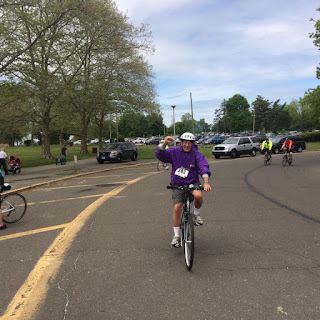 I stayed with my Dad but sprinted the last mile to the end.  I was passing a lot of guys on geared bikes and whether or not they noticed that I was riding singlespeed and I passed them knowing that I was a lot cooler than them because I was riding a steel, fixed gear bike that i paid a $100 and they probably shelled out $5K for their carbon fiber Pinarello.