Needed a new wheel, got a new bike! 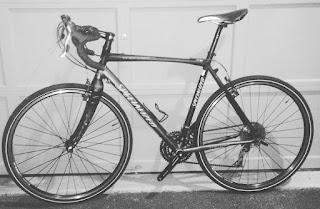 After the Farmer's Daughter Gravel Grinder I was cleaning up the Surly Cross Check and doing some light maintenance on it when I was truing the rear wheel and discovered that the hoop was cracked. I was planning on riding the Tour de Heifer in two weeks and now I needed a replacement wheel.  I scoured Craigslist and sent off a few inquires but no one got back to me. 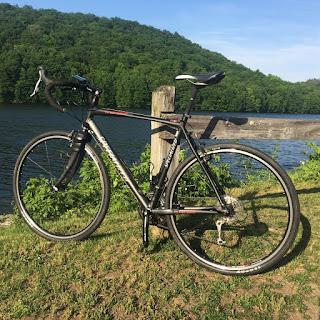 Then I emailed a buddy who lived nearby and asked him if he had anything. Peter said he didn't have any wheelsets per se but he did have a cyclocross bike that he never rode that he would be willing to part with.  On my way home from work I detoured by way of Pete's house to check out the bike.  I took it for a spin and it felt really good.  Turns out this was perfect because I had been looking for possible replacement for the Surly. 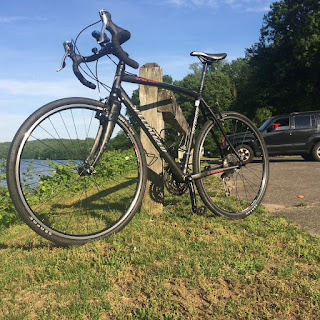 It was a triple and had cross top levers so I bought it and brought it home.  The only change I made after I got it home was to put different tires on it.  I took it for an inaugural dirt road ride in Newtown and really liked the feel of the bike.