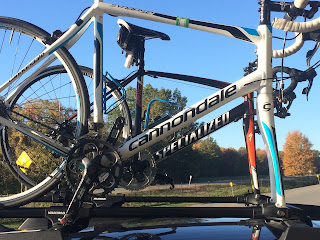 My friend Gavin asked whether I would come with him out to Sullivan County, NY where he has a cottage and that he needed to do a little winterization. Afterwards he offered to take me on a tour of the Delaware River by bike. Having Columbus day off for the first time in probably 20 years, The drive up there was spectacular and eye opening at the same time.  Never have I seen a billboard completely in Hebrew anywhere in the US but there was one on the highway! 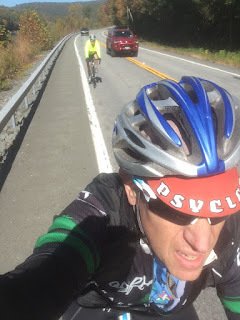 Starting just outside of Barryville, we headed South on Rt 97 towards Port Jervis. There was a little climbing that had to be done first and you could just catch a few glimpses of the river. The first five miles of this road is also really crappy.  In fact just out side of Barryville there is a sign that warms you about it. Ride carefully! 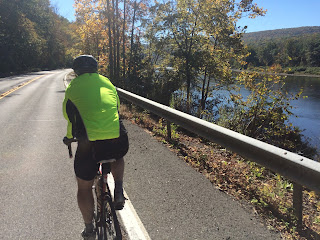 After the first big descent, there is the Delaware River, in all it's glory. 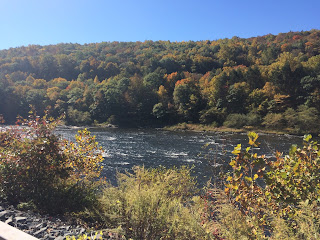 Apparently this is a really good river to fly fish but we didn't see anyone fishing.  We did see one group on a raft near Pond Eddy, and there were no other cyclists.  Quite a few people on motorcycles, though!  Just about all the cars passing us gave us a wide berth when passing. 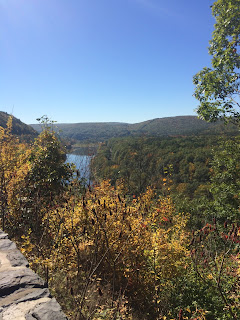 Eventually, we climbed up to a famed section of the of the road called the Hawk's Nest 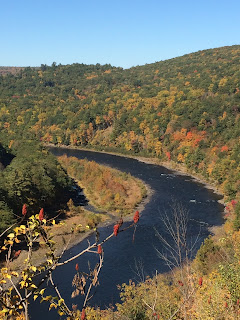 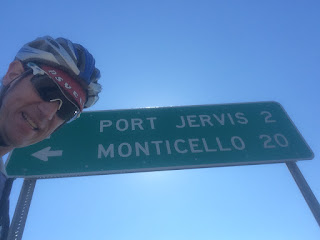 Turning around after the descending from the Hawk's Nest we rode back in the other direction. 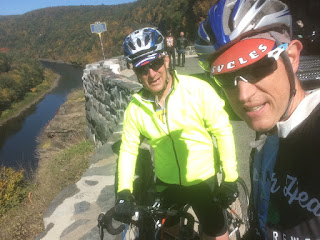 Took a few selfies over looking the Delaware River 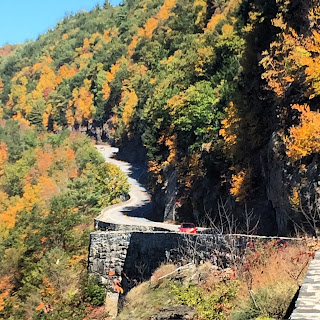 Marveled at this section of the road heading north 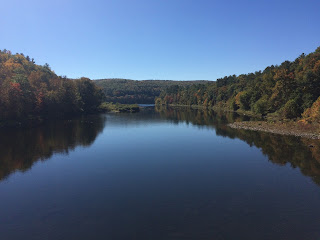 Stopped at the old Steel Bridge at Pond Eddy 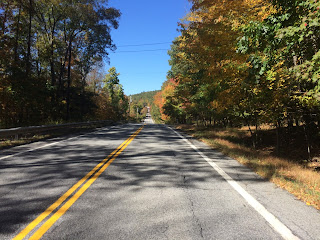 And then rode back to where we started! 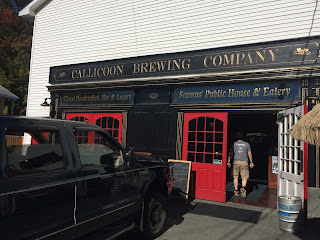 Afterwards we hit the Callicoon Brewing Company for lunch 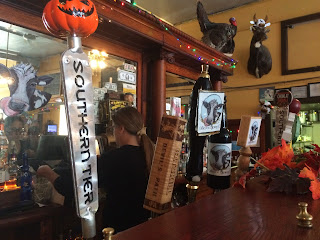 The Catskill Devil's Path IPA was awesome and I also had the Callicoon Brown Cow Porter, which was great, too!