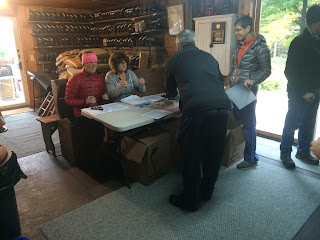 Two weeks prior to F2G2 there was an urgent message put out by Berkshire Cycling Association looking for more people to sign up and of course I lent my hand in getting the word out, too. It appears to have paid off.  I ran into Brad Herder and he said they were well over the required registrants they needed. 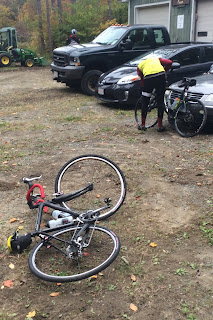 One thing I noticed between last year and this year is that there seemed to be a lot less mountain bikes and more gravel specific bikes.  Quite a few steel bikes were present.  Wish I had gotten a picture of it but the person parked next to me had a Steel Soma with a single ring in the front sporting a 32 tooth chainring and an 11 speed cassette in the rear, sporting one of those mega 42t cogs!  With that kind of gearing he should have no problem climbing Viets Road! 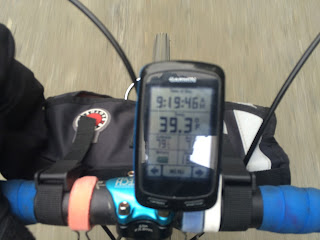 Will and I started a little before 9 AM and the temperature was around 42 degrees but after 40 minutes of riding, the temperature actually dropped a few degrees.  I am glad that I decided to put on my Lake 303s and wear my cycling gloves with removable overmits because last year I froze.  Better to be too warm than cold. 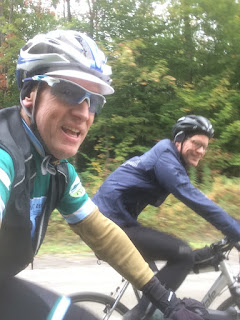 From the start I was having issues with my Cadence and Speed sensor.  Two weeks prior, I got a stick in the spokes which bent my hanger and I took the Surly into the shop to get it fixed.  It wasn't until Tuesday of the week before F2G2 that I got it back and didn't have a chance to test things out.  I should have because with the wheel in a new spot, my sensor was all messed up.

Just south of Otis Brad Herder came by and asked if we needed anything.  I asked if he had a small screw driver so I could fix my sensor.  While doing so, he got this wonderful picture of me.  Once I got the sensor arm repositioned it started working correctly and I was much happier. 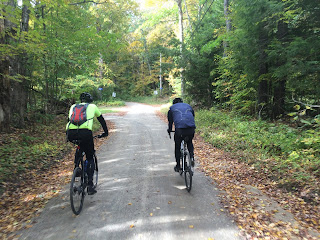 Further down the road we met up with the Jan from Middletown, CT.  It's kind of ironic in that this was the second gravel grinder in which I meet someone from Germany.  He was checking out all the bikes because he was in the market for a Gravel Grinder bike.  He was more interested in Will's aluminum Cannondale than my steel Surly Cross Check.


Up until this point, the riding was really pleasant.  No killer climbs of the D2R2 caliber, nice dirt roads and very little traffic. Then came Viets Road!  To say this is a road is a huge overstatement but it wasn't a trail, either.  It reminded me of what the Poly Brody Forest Road at Upper Paugussett State Forest would be if it were washed out. 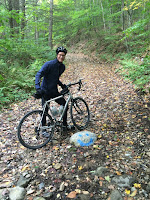 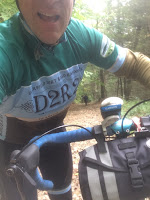 It was a tough ride to the Smiley Face but even tougher after that.  I made it up a quarter of the way before I had to walk and Will didn't fare any better.  I think a lot of people walked this section. 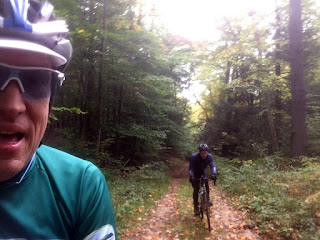 Dodd Road turns into a jeep trail half way through but it's much more navigable.

Eventually we came to the first Rest Stop at York Lake.
They had pickles and I was happy! 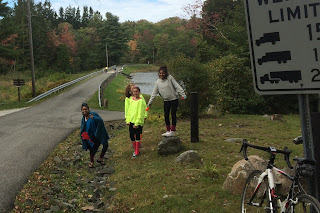 Some of the Pittsfield High School Track Team cheering us on as we departed the first rest stop. 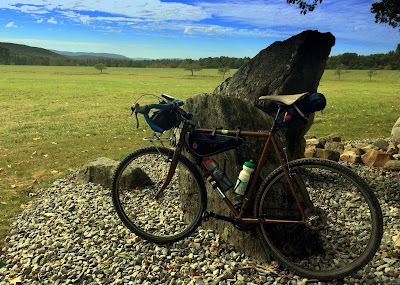 We stopped off at this eclectic, Berkshire version of Stonehenge off of the Monterey/New Marlboro Road, which looks out towards Connecticut.  We stopped here last year, 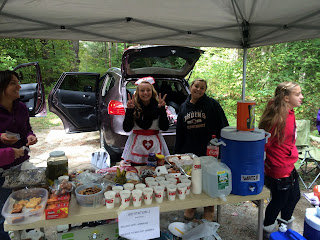 The second rest stop was on Brett Road in Beartown State Forest and it was well stocked! 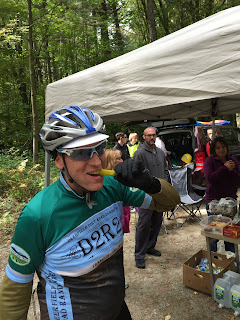 And of course there were more pickles! 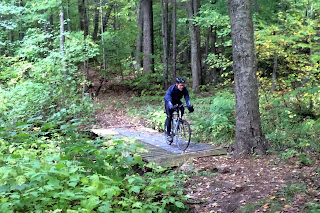 Brett road turns into more dual track and there were two newly built bridges on the trail.
Will is riding over the bigger of the two. 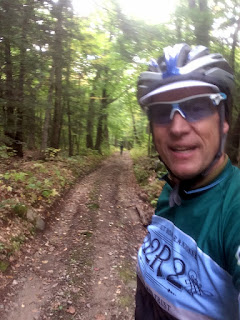 And of course we did the same section as last year in which the Appalachian Trail uses for a bit.  Just like last year there were some really we sections that I just rode through. 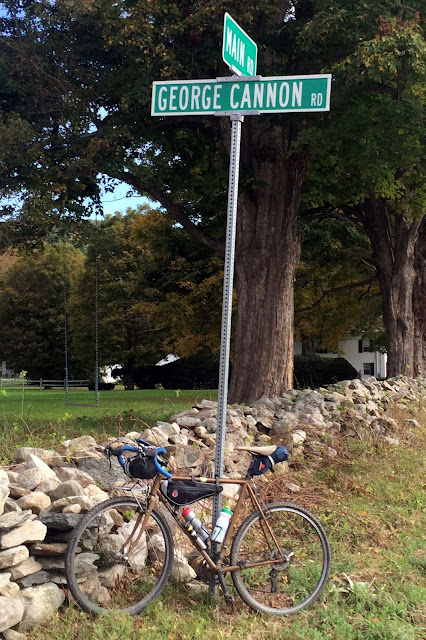 Every Gravel Grinder needs a signature climb and on F2G2 its George Cannon Road. 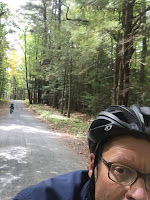 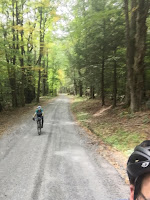 It's the kind of hill that just keeps giving and giving you pain! 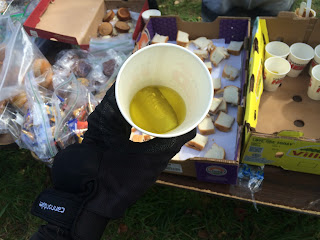 The last rest stop was on Goose Pond Road and they were serving pickles! 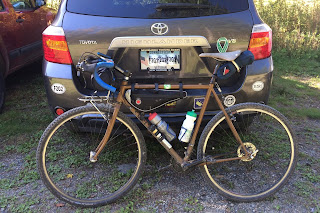 The last 12 miles felt like it was all up hill.  The climb up Rt 8/20 was hard and then turning onto Jacobs Ladder, there was still more climbing.  At the turn onto Fred Snow, it's down hill to the end!

Another great Gravel Grinder in the books!