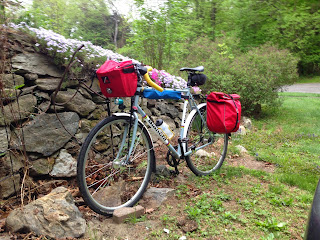 I started out strong on my 2015 Bike Commuting goal, even though I got a late start with the weather. By early April, I had ridden 12 times on the Bianchi San Jose but then came the announcement at work.  The company I was working for had decided that they didn't want to be government regulated any more and that meant that they have to sell off many of it's assets and businesses, one of those being sold is the one that I work for.  This was a crushing blow and really put me in a funk, so much so that I had barely the will to ride any more, let alone to ride to work. 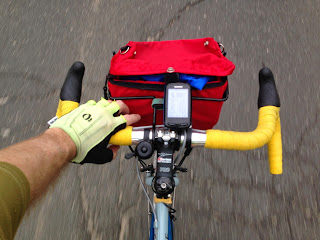 I managed to ride once, just once in May.  It was still cold enough in the mornings to warrant an extra layer but it was hard mentally to get into the groove to ride. 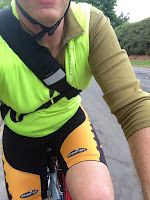 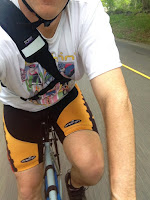 Riding home in the afternoon was a lot warmer so I was able to do so with a lot lighter kit. What I discovered is it's hard to enjoy riding when your future is so uncertain.  It almost seemed like another chore to do and I already had more than enough on my plate, complicated with the fact that I now have to find a new job. 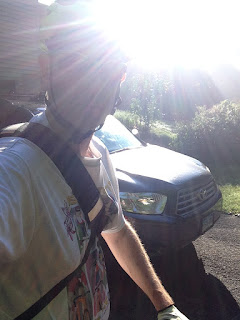 Fast forward another month.  Things at work have gotten a little better and the anxiety has lessened to a certain degree which prompted me to get on the bike again for a commute. 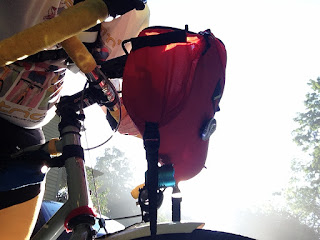 It really felt great to be riding again and I was admonishing myself the whole ride in that I should have just kept riding despite my career anxieties.  Two things kept me off the bike, one is that with the announcement there seemed to be a push to close many of the things I was working on sooner while there were still resources.  So while many others in the office seemed to be showing up for work for the minimal requirement I was working my ass off. 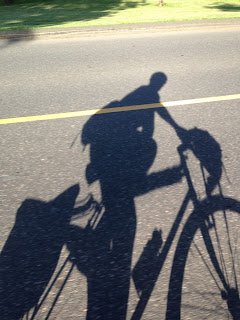 On top of work being additionally busy, add looking for a new job, which is a job in itself.  Working a full day and then trying to spend time with the kids after work leaves mornings, which I should be been pedaling to work, sending out networking emails and registering on various company career portals hoping to hear back. 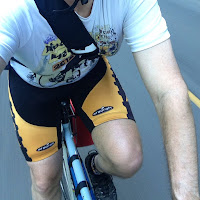 Having been through a layoff before, with the same company, and then coming back and then having the prospect of another layoff on the horizon really sucks.  That anxiety makes it tough to enjoy the things that you really enjoy but after two months I have come to realization that you can't let it drive you crazy and that you need to find outlets, otherwise it will eat you up.  It ate me up for a month or so, and pushed myself to ride on the weekends just to stay in shape but now I am feeling much better and I am just going to keep riding as much as possible because it feels so much better when I do. 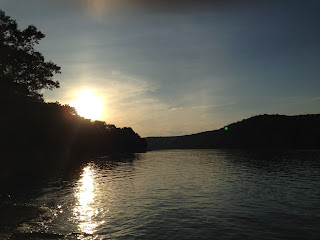 When I got home from my ride, Elliot wanted to do our a little L Tandem to the Lake ride that we do from time to time.  His first day of summer vacation was spent at home with his brother and older sister, who was in charge of the boys all day, and I think he needed to let off a little steam. 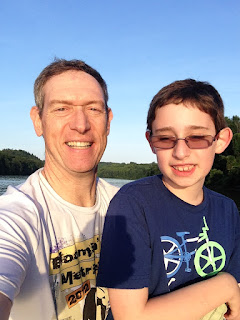 I was tired from the ride home because I really pushed myself despite my wonky speed sensor on the Garmin but when my son wants to ride it is my duty to answer the call.  The lake was like glass and the setting sun made it look really nice.  After the boat ramp we rode up Pond Brook Road to his friend's house where he hung out with one of his best friends for a half our and I chatted with his friend's father, who rides, too.  Only right now, he has a herniated disc and will be having surgery and won't be on the bike again for a couple of months. 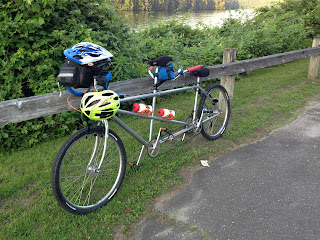