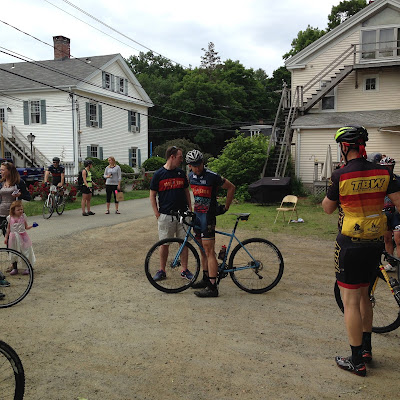 John Biehn's Vision:  "I invite you to dig deep and suffer with me during this ride so that our "vision" will help alleviate some of the suffering caused by ALS (amyotrophic lateral sclerosis). This disease has recently hit our family and 100% of donations received will go to MY HERO and friend as he bravely battles this horrible disease. http://www.myherofund.org/" 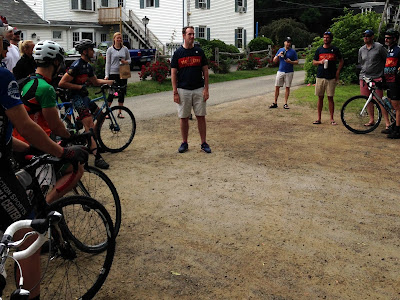 This ride was for Kyle Connors: "what you guys are doing is incredible, inspiring, humbling and oh so rad and gnar. Thank you riders for accepting this challenge." 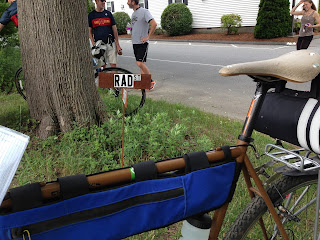 At the corner of Rad & Gnar! 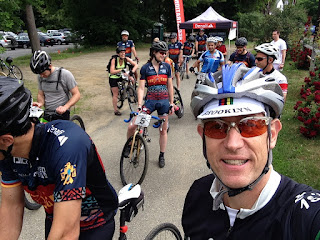 Elite riders?  I don't fall into that category but I love a good challenge and I love riding my Surly Cross Check in a variety of terrain so I accepted the challenged.  I made a donation the night before and then headed down to Madison, CT for the ride Saturday.  About half the riders were on mountain bikes and the other half on cross bikes and some specifically tailored Gravel Grinder bikes, but it was John recommend to not ride the course alone I new I was in for a solo adventure. 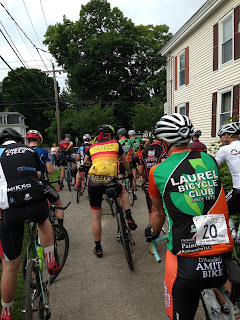 There was talk of an A, B, C, and even a D group but I think we all started out in the A Group. 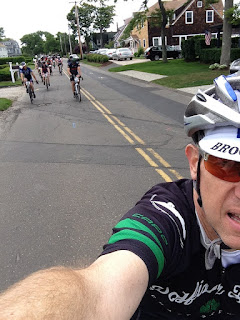 Riding through Madison, we were pulling an easy 15 mph 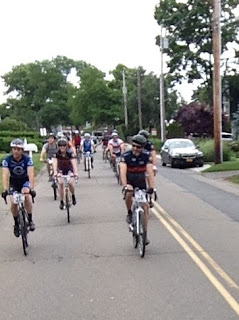 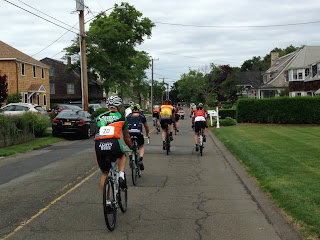 Then there was some more road and then the real fun began because before long I found myself way in the back with no one behind me and no one in front of me, and thus the adventure began. 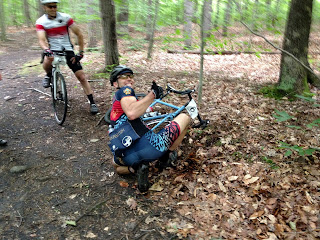 I did come across this guy changing a flat but once he was done, John and his posse blew past me like I was standing still.  I was being overly cautious on the trails.  By the time I hit the first rest stop/water break, I learned I was fourth from last but I really didn't care because I was on my own quest at this point. 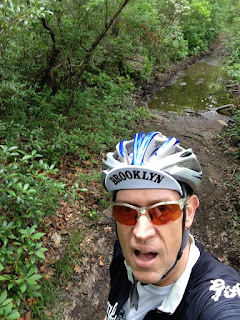 Heading into the Rockland Preserve Trail System I came across some interesting trail to say the least. Each walk around was killing my average speed by I figured I could make time up on the paved sections.  Riding through Rockland was a blast on the cross bike.  I have ridden there so many times on the mountain bike that everything was pretty familiar, bone jarring, but still familiar. 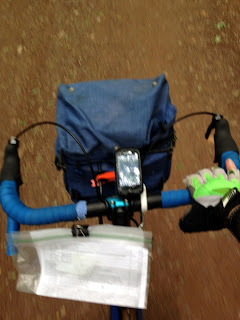 I think the steepest climb was in the Deep River section of Cockaponset State forest.  The gravel had a reddish brown color that reminded me of the brownstone cobbles mined further north of here that built many of the houses in NYC.  Once at the top of the hill, it was a blast bombing down and trying not catch air off the water bars. 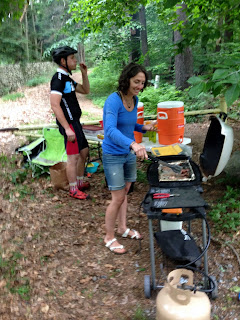 Finally I hit the Bacon Stop!  By this point, I was really looking forward to the bacon because I had forgot my beef jerky and even though was doing fine without it I just knew that a couple of strips of bacon would give me the final boost I would need to complete the quest. 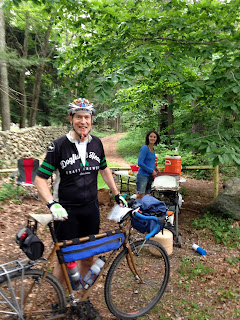 Nothing tasted better than bacon at that point.  I chugged a whole bottle of water and slammed down a banana for good measure and then headed into the next cauldron trails and gravel roads. 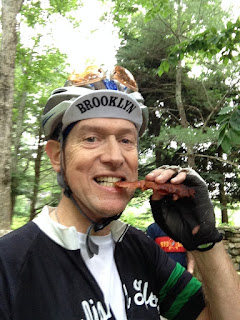 After riding through Chatfield Hollow, it started to sprinkle, which lead to a light rain and then full on rain.  My rear fender wasn't doing much to keep the crap off my back.  I just need to get fenders! Eventually the trail I was on turned to single track and some really gnarly hike-a-bike. I just kept thinking about beer at the end of the ride and persevered through everything.  I had thought about throwing in the towel at Route 1 but since I had gotten that far I decided I might as well finish it and I did!  What a ride!