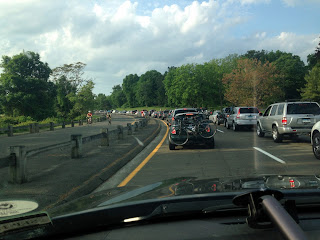 Elliot and I were out the door at 6:30 am headed towards Sherwood Island.  It rained the night before and was cloudy up in Newtown but as we headed south, the cloud cover broke out and the sun was out.  We left the house without sunscreen and had to stop and find some.  That meant by the time we got to Sherwood Island the traffic to get in was horrendous.  Then again, it always is. 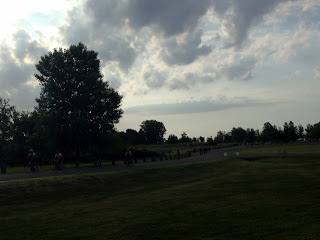 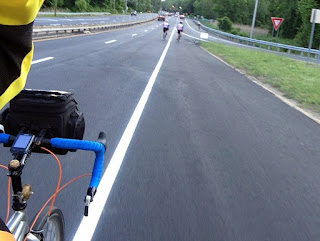 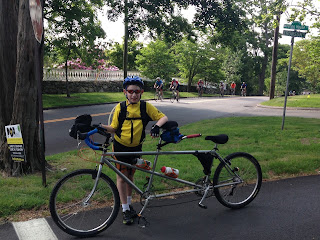 Since my father got there ahead of us he was ready to go and I still had to get a few things set up on the Tandem so I told him to head out and we'll catch up.  It was just as well because I knew riding with him would be a lot slower, after all he is 72 years old!  When Elliot and start riding we were able to maintain an average speed of 15 mph and we caught up to him after 6 miles. 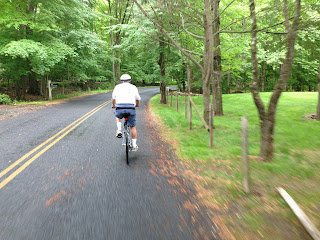 Sound City changed the 40K route this year so that everyone had to climb Hills Dale Road.  It makes sense because the previous years route always had this loop that I am sure confused riders because you crossed over the path and I am sure many riders missed the loop and thus short changed themselves of some good ridig. 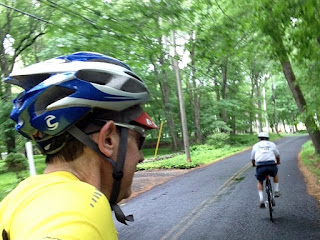 The roads were wet north of the food stop 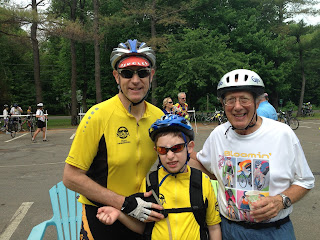 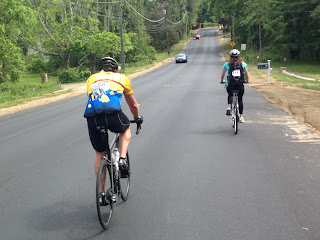 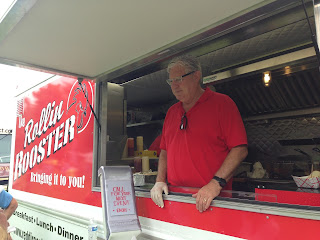 This year they did food trucks instead of Subway.  It was so much better! 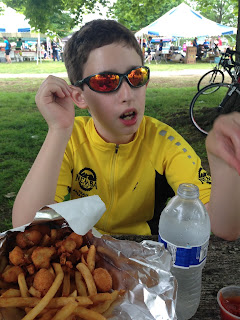 It was great to finally have something that Elliot could eat!