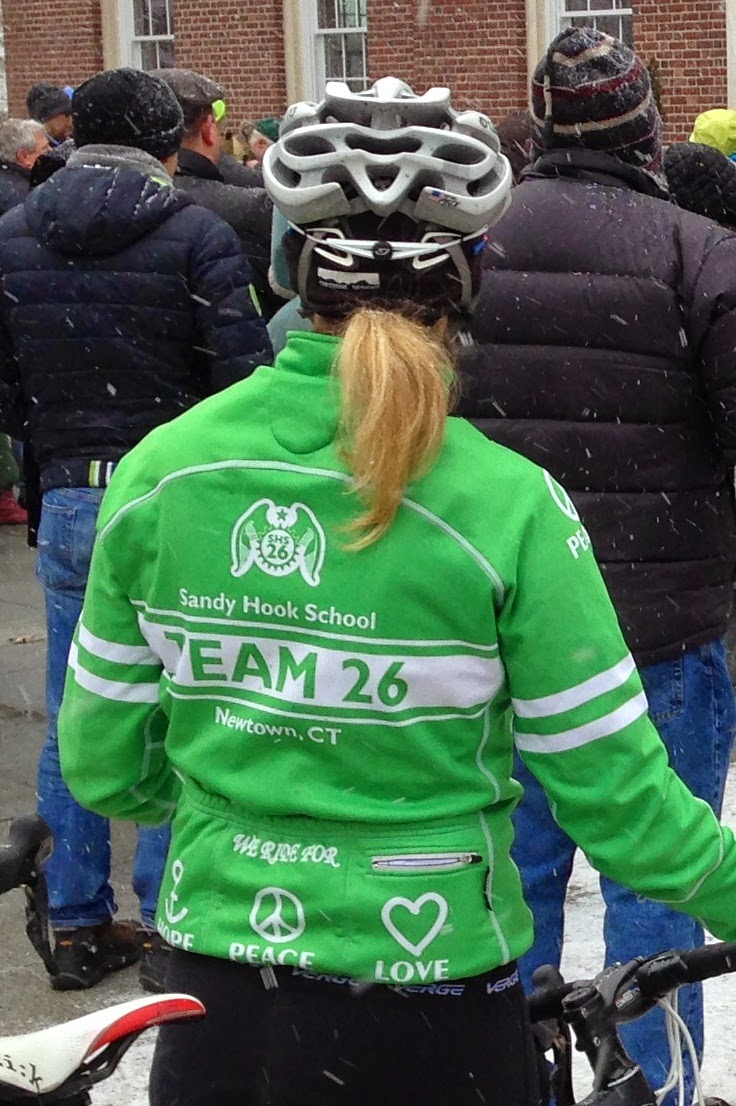 I rode up to the Sandy Hook Ride on Washington Rally being held at Edmond Town Hall in Newtown, CT this morning.  It was flurrying when I left the house but by the time I got up there it was snowing much harder. 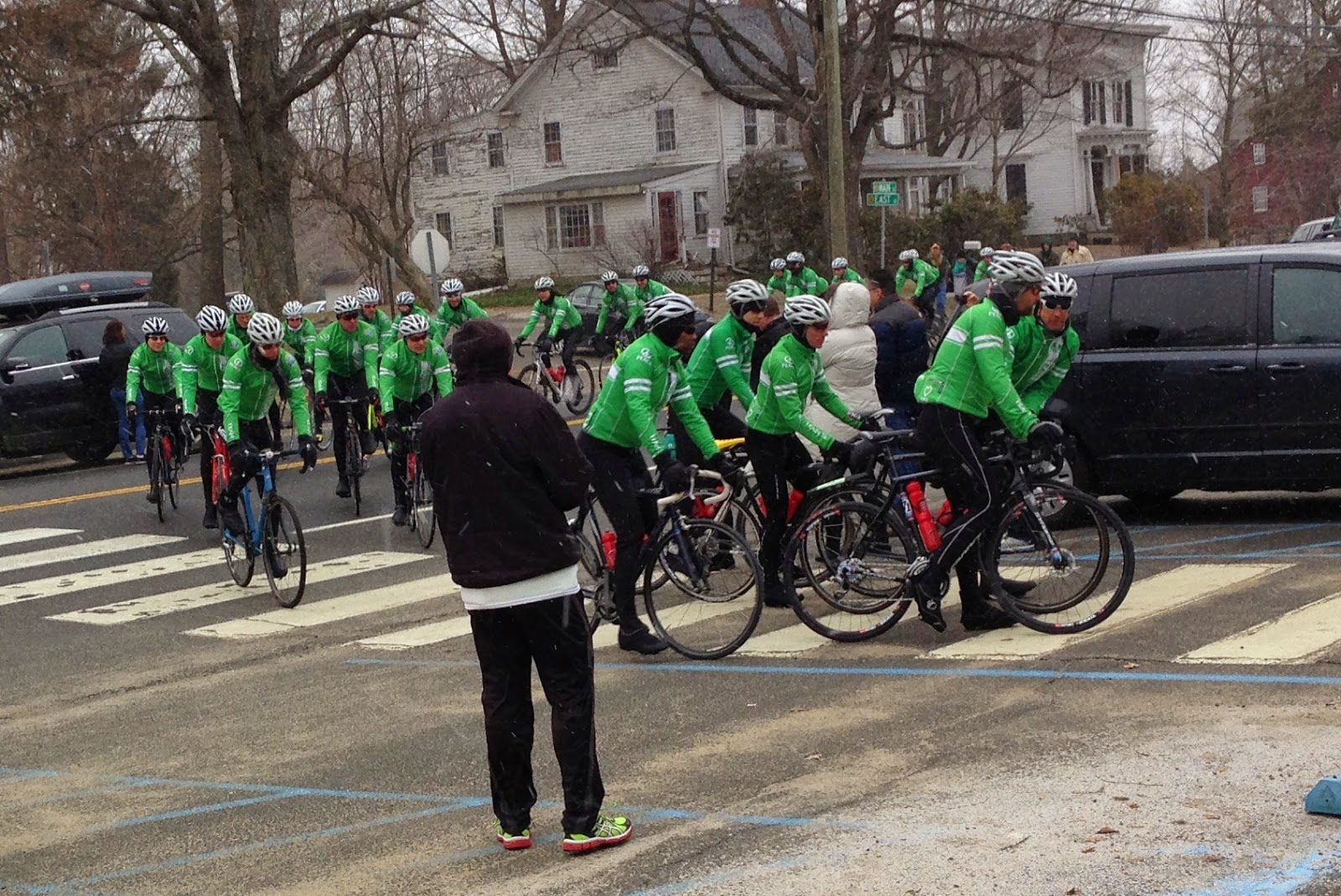 Team 26 rolled in about 10 minutes later and while I was OK standing around in 28 degree weather I was lamenting that I didn't wear my lobster gloves.  The gloves I had on would have been fine if I were just riding but during the speeches, prayers, and kind words by those involved I came to the realization that I might have a problem with the ride today. 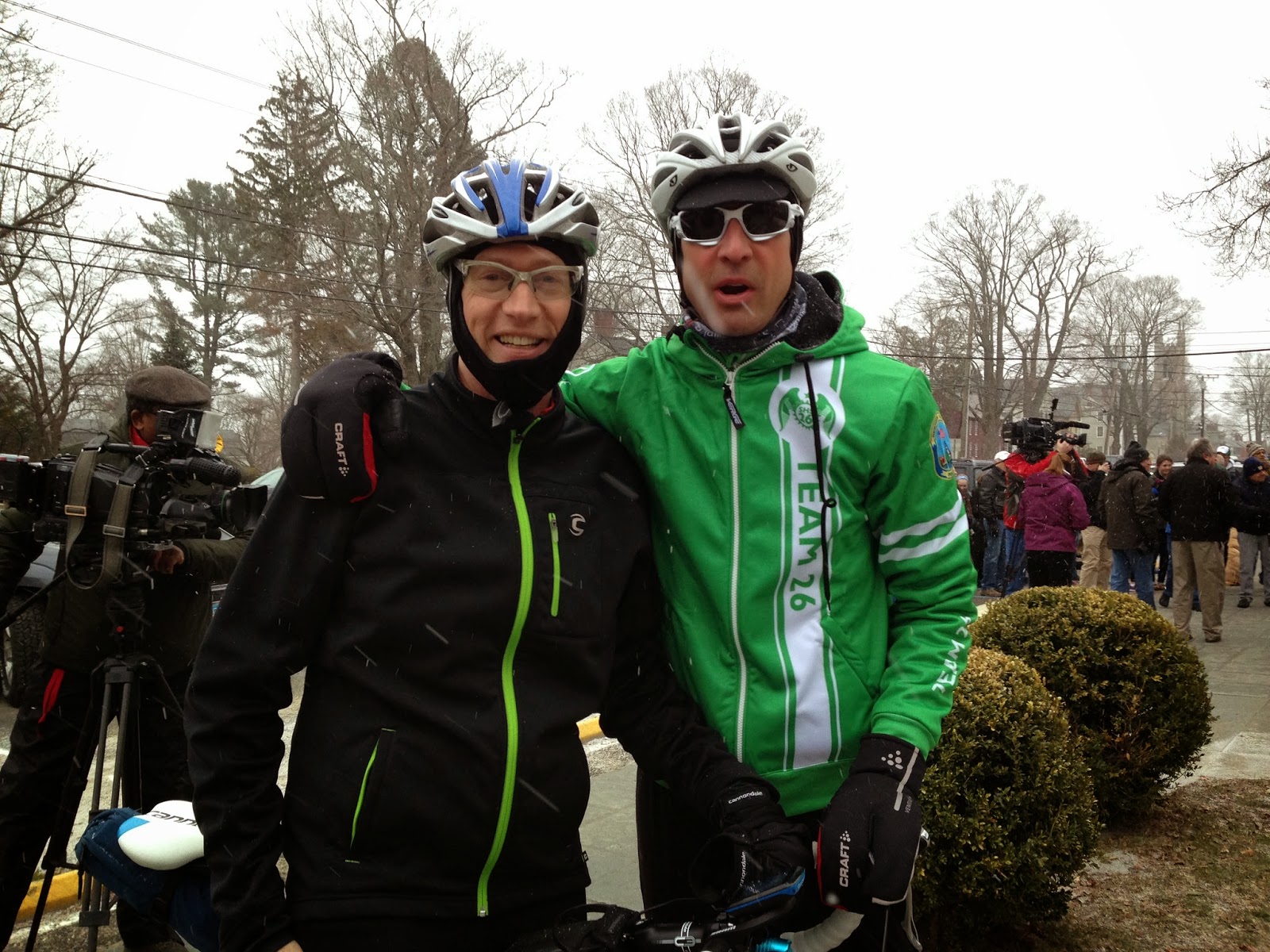 I was able to have my picture taken with Stephen Badger, whom I credit for encouraging me to be the cyclist I am today.  He is truly one hell of a rider.  I would like to do this ride.  Maybe next year? 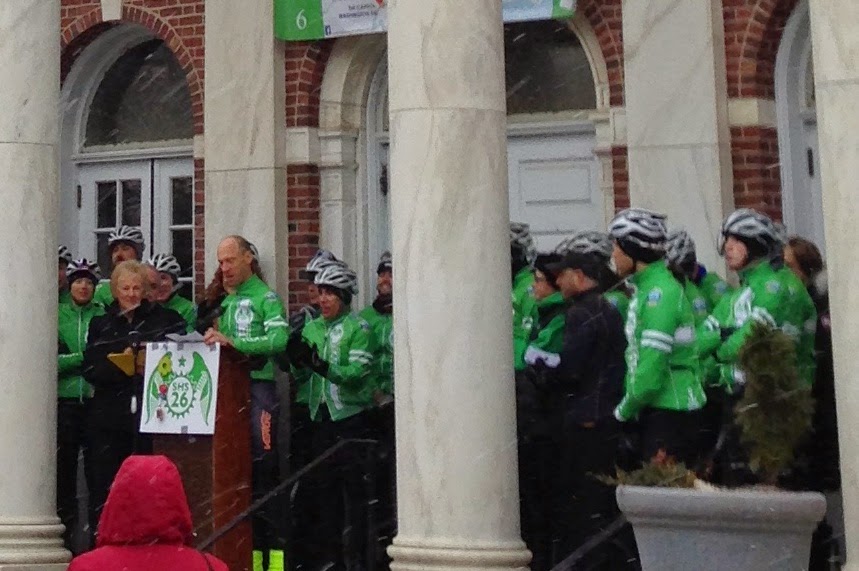 Monte Frank, founder and ride leader or Team 26, makes his closing remarks before we all ride over to Fairfield Hills where the team was the honorary guest at the Sandy Hook 5K.  I rode in the back of the group and while it felt great to be out on the bike, in the snow even, my hands were numb and also not having a fender was making me even more uncomfortable.  I headed over to the Youth Academy to warm up and get a cup of coffee.  By the time I was good to go, Team 26 had took off towards Bethel so I headed down to Sandy Hook and then back up Church Hill and then home. 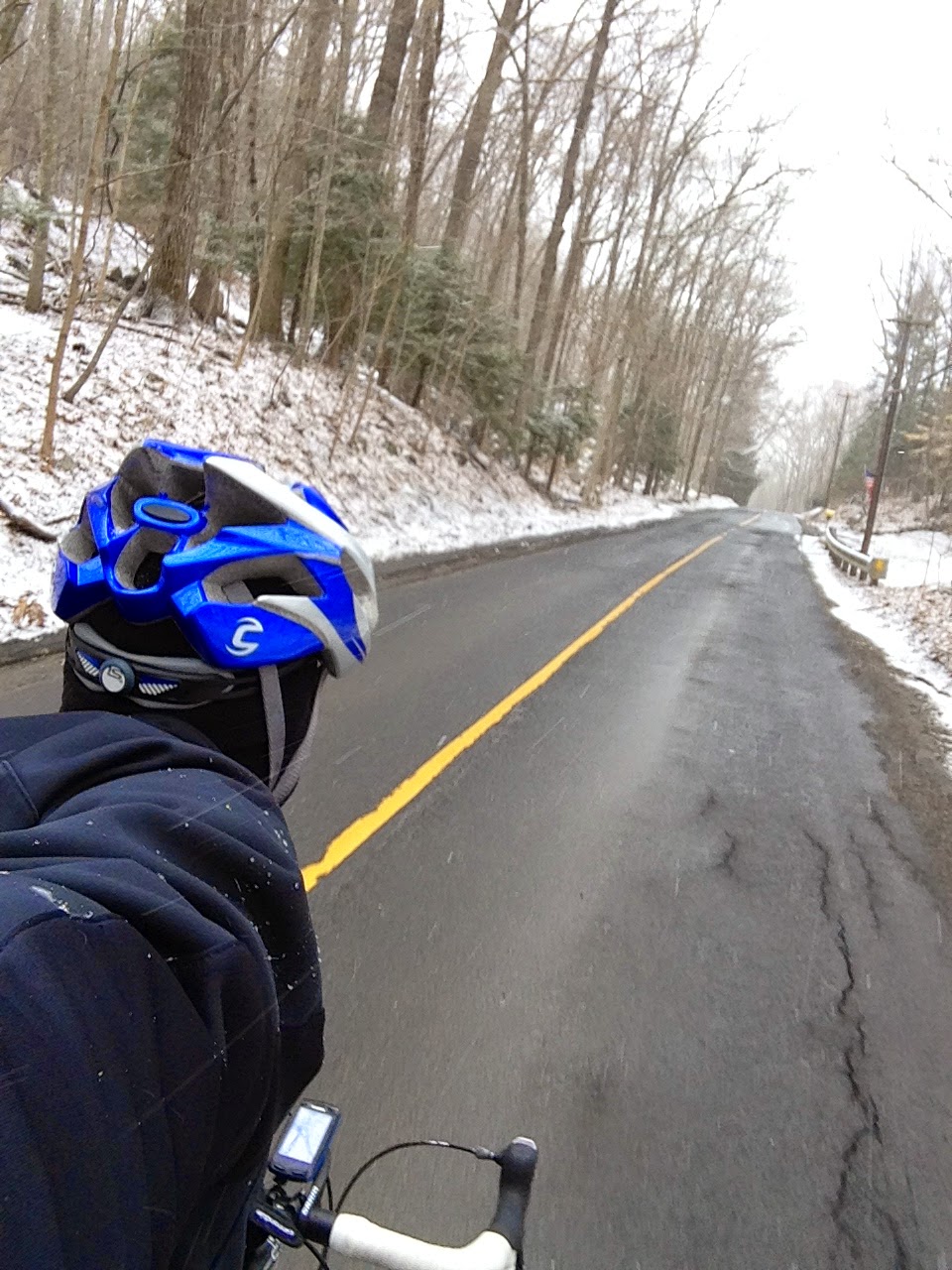 It wasn't the best ride but it was still good to get out despite the weather.  Bike felt really good and I could feel that riding the single speed to work is actually helping me with my road riding.
at 11:19 AM