Dinglespeed: A Singlespeed in Sheep's Clothing

At the Sandy Hook Ride on Washington Rally at Edmond Town Hall this past Saturday, I met up with this guy that I have come across on the roads riding a fendered up Scattante Single Speed frame. 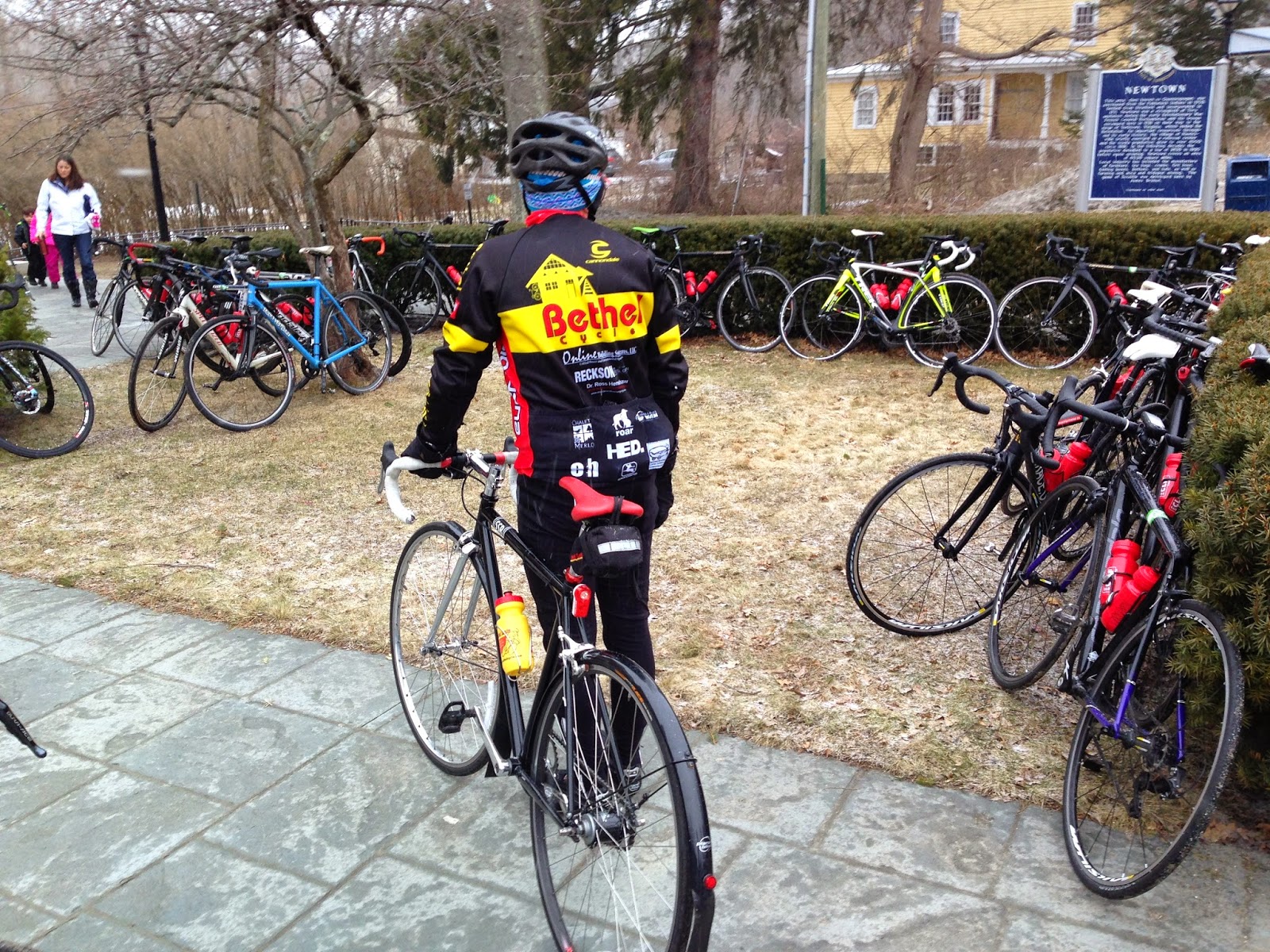 However, when I looked closer at his rear cog I noticed that it looked really big, like a 22 or 23t.  I asked him what kind of ratio he was running, 46:23, and that's when he said that he had a Sturmey Archer 2 Speed Kick Shift.  According to the Sturmey Archer website the 2 speed kick shift is set for one level at 100% and the other at 138%, so if my math is right, in the high setting, his ratio is actually 46:17!  I guess that might explain when I see him in the flats he is really moving faster than you would expect. 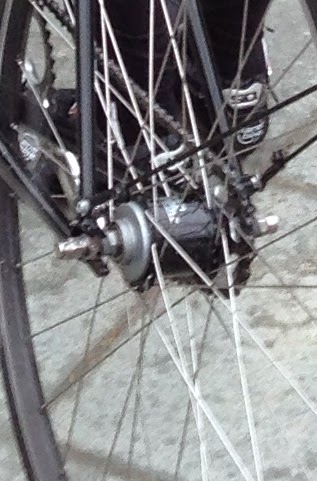 So technically, he's not riding a singlespeed, with two speeds he's really riding a dinglespeed!  When I get my next singlespeed (hint, hint) I might have to go this route, too.
at 7:33 AM

Email ThisBlogThis!Share to TwitterShare to FacebookShare to Pinterest
Labels: Dinglespeed