Despite my second run in (or out) with latest stomach virus going around I felt reasonably well and confident that I wouldn't need to find a toilet every five minutes.  CT NEMBA's annual Winterfest was Sunday and I had been jonesin to ride Rockland Preserve after my last attempt got rained out.  I took the Spot because of the fact that despite Madison being in the lowlands of CT it is still a hilly ride as you can see by the map above.  In fact according to Strava we climbed 1600 feet! 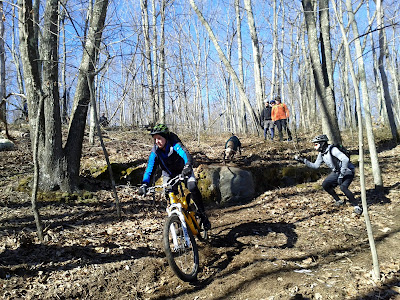 Wardrobe for winter riding was another mixed bag of successes and failures.  The extra layer under the Windstopper Fleece was too much for 20 degrees.  Should have brought a lighter pair of gloves, too, because when my hands finally warmed up it was too hot for the lobsters.  My choice of foot ware was great.  I have had these Lands End Boots for the longest time and just knew they would be good with flats.  While my feet were toasty warm the whole time, foot placement on the pedals was a little challenging. 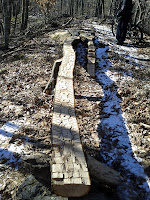 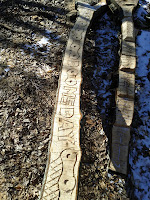 There is a new Skinny in town and her name is Ms Day!  Jon Petersen's handiwork could be seen at Rockland.  I had been wanting to ride this skinny since hearing about it's construction, however I chickened out when I saw how high it is.  Apparently, the land manager doesn't like the height either and there is a plan to bring it down to earth. 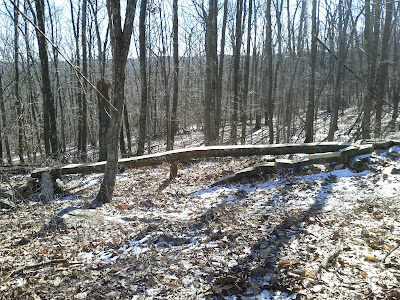 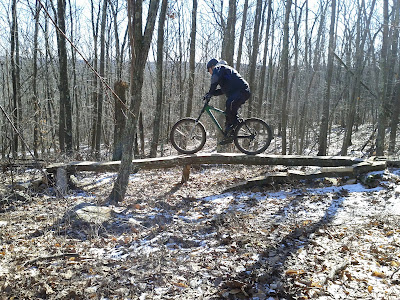 Kevin from Oxford, on the other hand went for it and cleaned it a few times. 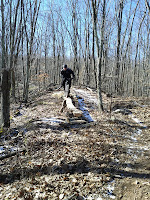 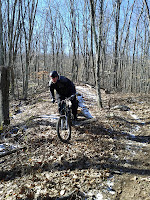 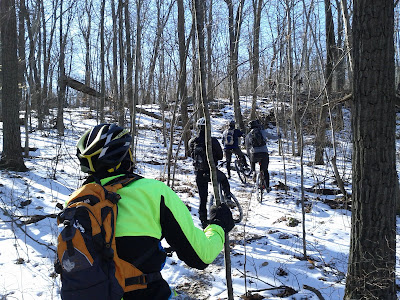 There was still some snow on the trails but it was at most an inch and perfect for riding! 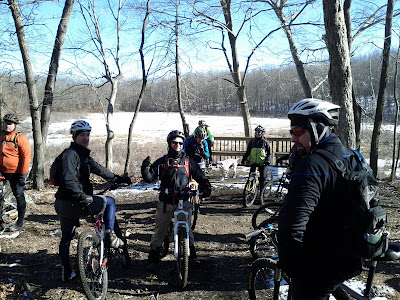 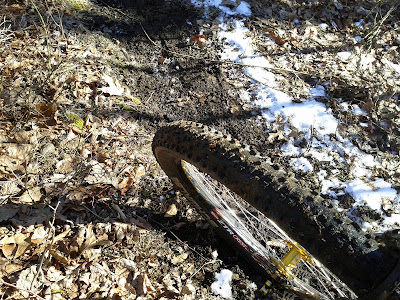 While it was still cold the sun warmed up parts of the trail and it got a bit muddy.
at 7:36 AM

Progressive slots put a few of the the} wagered funds into a jackpot pool that progresses with every credit guess. Individual slot machines can have a progressive jackpot or two or extra slot machines could also be} linked allowing many gamers to compete for 카지노사이트 a jackpot. The casino games below have a few of the the} most innovative options out there proper now. Pair that with a great RTP, and it’s straightforward to see why they're fan-favorite actual money slot games.