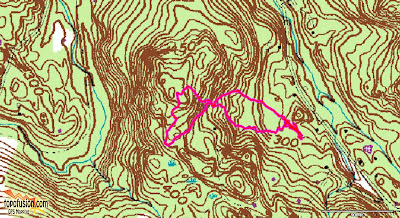 After yesterday's little foray into the backyard Katie wanted to go out again so we planned on an after work Night Shoe.  I went out at lunch and got her a headlight just to be safe and this time I brought the GPS.  With the temperatures already below freezing and steadily dropping we dressed accordingly.  The only plan that I had in mind was that we would cut through the neighboring open space to a hiking right of way that climbs up the back ridge to more town open space. 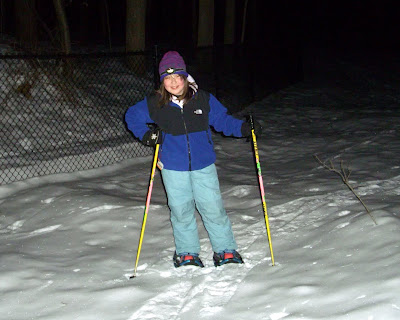 Katie really doesn't need snow shoes because the snow will hold her weight but with me, it's a different story and the snow shoes are a must.  The hiking right of way is largely washed out so we had to veer off the trail often until the last climb and then it turns into a pretty good trail.  The hiking right of way actually was a farmers old cart road that eventually spits out onto Butterfield Rd.  Instead of heading down to Butterfield we cut back and climbed further up to the one of the high point on the open space property, or at least what thought was the open space. 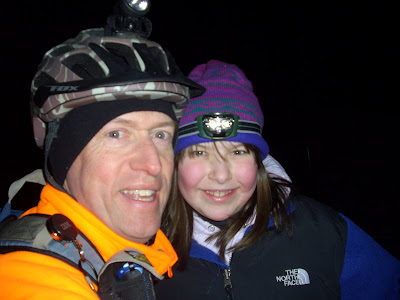 Before heading back down the hill we did come to a fence that had three bands of barbed wire at 3 feet, 6 feet, and 9 feet and then deer netting in front of it but some sections were torn down.  There was a house in the back that I think is accessible from Silver City Road but it was dark and no one was home. 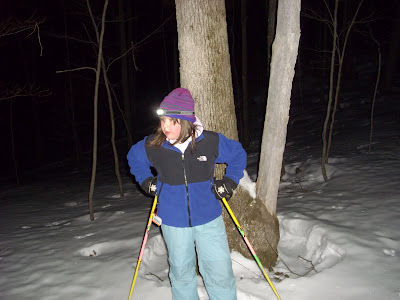 From there it was more or less a straight shot down hill.  Along the way, we had to cross a few streams.  I had my bell on my back and that ringing attracted the neighbors dogs but they were all bark and no bike.  It sounded like they were coming into the woods after us, we know these dogs and they are quite friendly, but Katie and I stopped, turned off our lights and stood still for a couple of minutes.  They barked for bit more until my neighbor came out and had them come into the house.  Then we turned our lights back on and continued back down to our house. 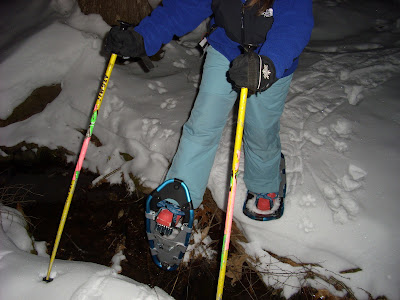 The walk was just over an hour and it was great getting out with Katie on the snow shoes.  She really likes them and can't wait for more adventures. 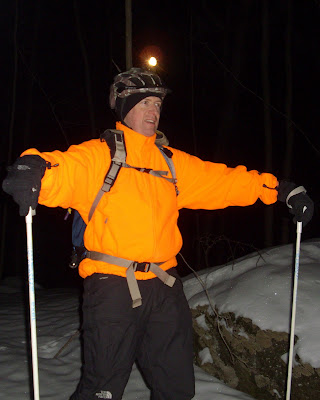 When we have more time we are going to walk down into the Pond Brook Valley and maybe walk along the old Shepaug Railroad bed and also try to hit Upper Paugussett before the snow melts. 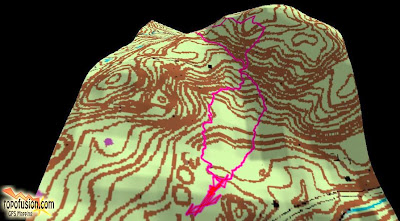 I am also really impressed with how accurate the new GPS is working.  I thought at first that maybe it didn't track properly but then I figured out it was zoomed out and it looked like we didn't go anywhere but once I pulled the track into Topofusion, it was all clear that it worked superbly!
at 5:07 AM