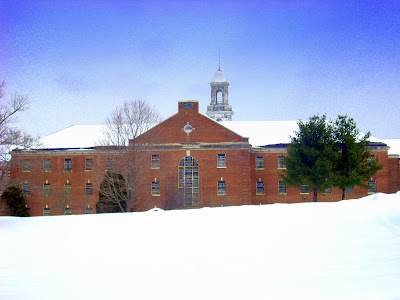 Headed over to F'Hills where I am planning a XC Ski Trail for next year and wanted to walk the proposed route and lay a decent GPS track.  While there is a ton of snow right now, it nearly frozen solid and XC Skiing right now without a decent busted track would really suck right now.  In fact, it almost seemed that snow shoes were over kill but there were quite a few places where if I didn't have the shoes on I would have post holing my way through.  Having the crampons were a definite must have.

The most difficult section is to figure out is the woods between the Recreational Trail, which is paved, and the buildings.  I tried to stay as straight as possible while only making subtle changes in directions.  Further up, behind the Newtown Youth Academy is this only obstacle course.  Maybe this is where some of the Patients from the old hospital worked out. 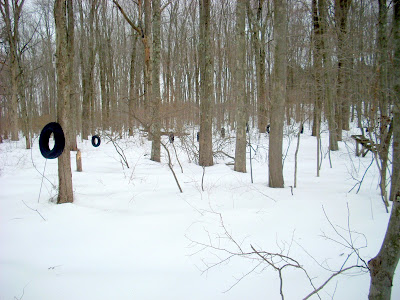 I guess the trail really doesn't have to cross the Recreational Paved Trail but I wanted to take advantage of the old trail that I round at Christmas time, albeit it's pretty short. 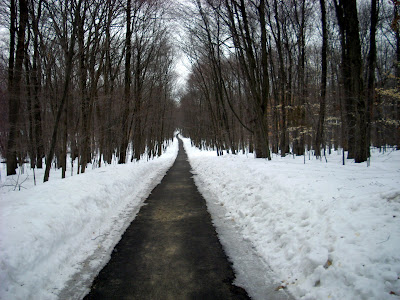 But it does line you up with the single track that cuts south, granted who owns this section of land is still in question so it can't officially be part of the trail but there is single track that heads back towards Nunawalk Rd that is fun to ski, too. 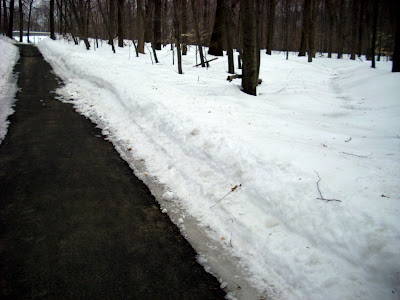 Next time I go out, I am probably going to hook to the north around the Reservoirs and then pick up the new route. Tying into the existing single track and using that loop will be really fun in the future but won't be part of the official trail. 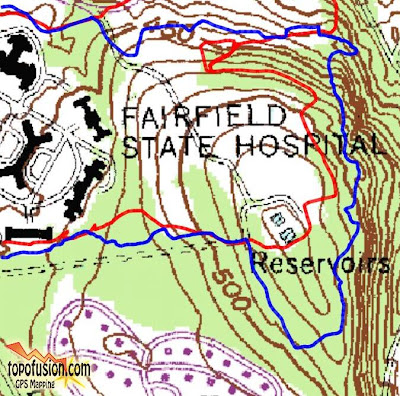 Last time out, I found an old farming road that it looks like the Equestriennes have used for some past Hunter Paces that I tied the trail into.  Following that to the bottom of Yahoo Hill I crossed over a stream and found that there were some boards that go over the stream!  Won't hold a horse but perfect for XC skiers and snow shoeing. 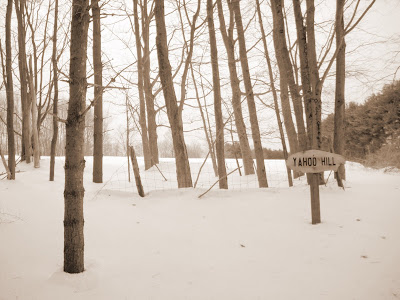 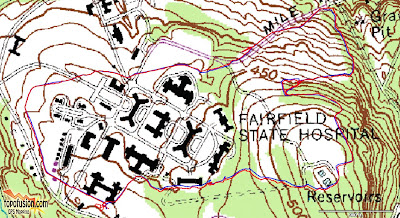