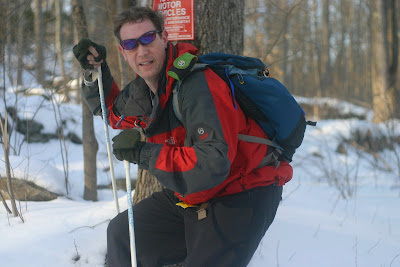 Cross Country Skiing! Sunday warmed up to 40+ degrees and after the ride last weekend I decided it was time to try the skis instead. I think it was a wise choice because the top layer of ice from last week's storm has melded into the underlying snow. When this happens it creates corn snow conditions that are excellent for back country XC skiing because when you are busting your own track you still get plenty of glide.
It dawned on me after the ride last weekend that if I want to find potentially new trails the best way to find them would be on foot or in this case, skis, so I can cover more ground. Snow is the great equalizer. It flattens everything out and really defines trails, especially ones that have not been used in years. I found what appears to have been a side trail coming off the fire road that meets up with a stone wall and could possibly make a nice parallel trail to the fire road. 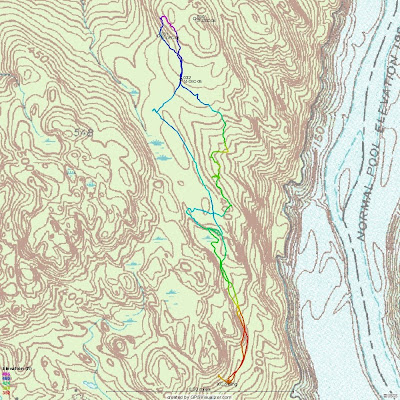 I didn't try to define that track any further, rather, I cut eastwards and wanted to check out the area between the fire road and the last area of forestry operations, where I have ridden in the past to check things out. Except for the initial opening part that eventually leads to a skidder path that ends up on the trail to the shore there isn't anything else back there. 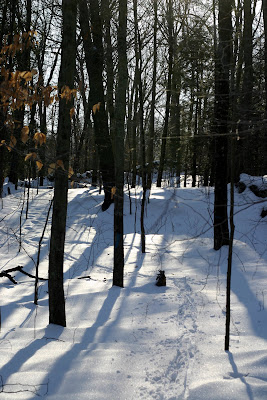 Doesn't make any sense to lay anything down at this point because the area between Gussy Trail and Fire Road, as well as, the area east of the Fire Road has been market for forestry. Still it was worth seeing how the topography is laid out. 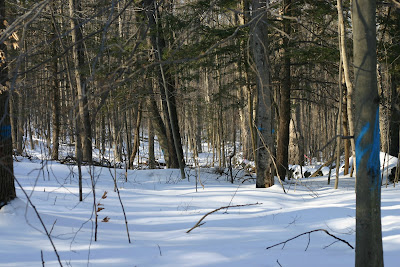 My first foray into the woods east of the Fire Road was educational. There are numerous plots of land surrounded by stone walls and there is a huge wet area in the section where the contour lines make a V. I think if you follow the stone walls there could be a good route through there. The only drawback is when you pick up where the forestry operations occurred there is so much slag that you can barely move freely in there. 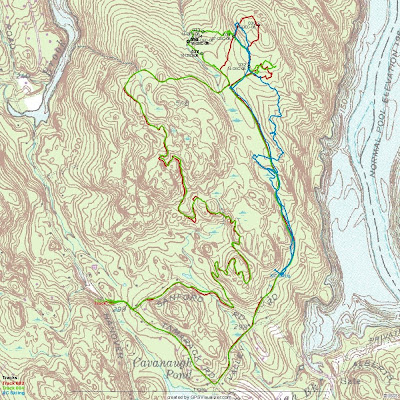 Coming out of the forestry practises area I laid a new set of ski tracks. I wasn't really paying attention to where the tracks from last weekend led but I made my own loop and there is potential for much more. 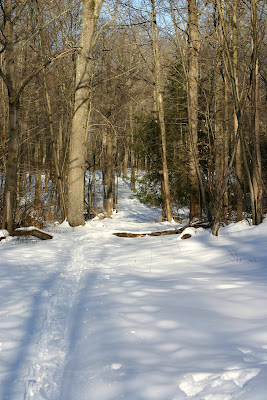 I started out busting my own track on the Fire Road (below) but the packed down section was just as good and I made much better time. 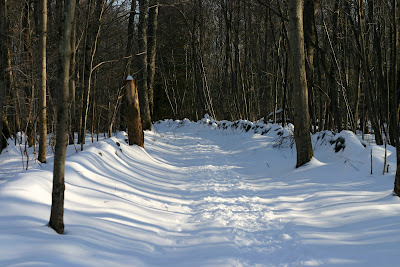