This year's Biketoberfest started with a huge and enthusiastic crowd but finished with only a few and nobody went drinking besides myself. We were into the first mile when one the riders in our group was riding a plank bridge and slipped off the end and had a rock puncture her hip. We ended up walking her out of the forest but it was pretty hairy at first. She felt dizzy and queezy and she didn't hit her head, either.

At one point she blew chuncks and was feeling much better after that but we walked her out of the forest none-the-less. We did ride after all but this time it was just me at the fest tent. Kind of boring drinking alone. 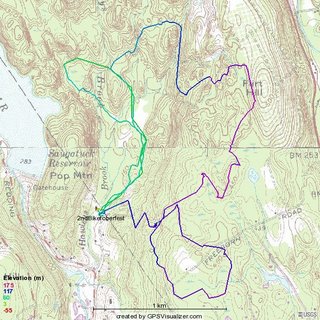