It was high time that the Newtown Lunartics did a ride with one of our members who recently moved away, somewhat. Mike actually moved to Gaylordsville, which is a village of New Milford and is 20 miles away. New Milford, as it turns out is the gateway to Western Connecticut gravel so it was only fitting that we do a gravel ride. 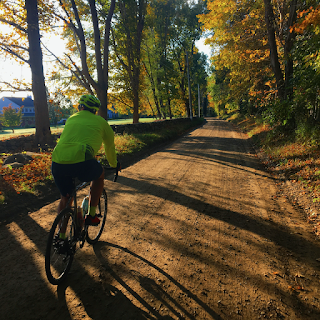 We met at the Gaylordsville Diner parking lot and then started pedaling up Gaylord Road, passed Mike's house to First Dirt at 1.4 miles into the ride and a major climb up Stillson Hill. The climbing starts on Gaylord Road from that point its 1.3 miles at an average grade of 7% for a 395 feet ascent and a max grade of 12.5% A significant climb just a mile into the ride. 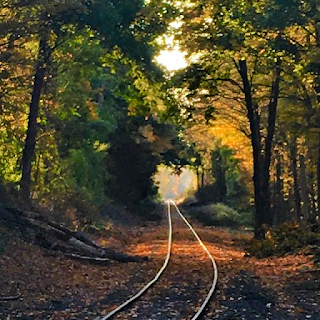 From Stillson Hill to Rt 37 its 2.5 miles and then a little less than a mile you are crossing over the Housatonic Railroad Tracks and heading into Sega Meadow Park.  3/4s of the way through the park it's a gravel road that eventually gives way to a wide trail that's easy to ride with cross tires. The trail from Sega Meadows spills out into a parking lot and a quick connector to River Road. You are on dirt for the next 4.5 miles and then you climb up Station Road and cross the Housatonic Railroad tracks. 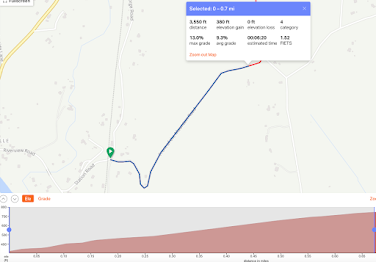 After crossing the tracks you have a decision to make, do you add almost 3/4s of a mile of dirt by riding up Front of Mountain or stay on Brown's Forge to the flat part of Long Mountain and then to Mud Pond? Today we bypassed Front of the Mountain. 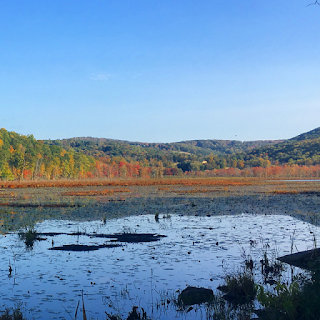 After Mud Pond we worked our way back to South Kent Road and then climbed half way up Segar Mountain Road (Rt 341) to Cobble Road, which is a beautiful descent through a little valley with Skiff Mountain in the background.
The first left at the bottom of the descent is Cobble Lane. It's dirt and a little bit of a climb and once you are done you start descending towards Kent. 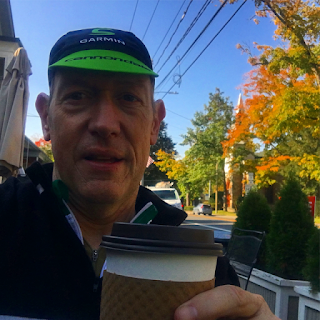 We stopped for breakfast at JP Giffords and had coffee with a Spicy Sausage, Egg and Cheese Breakfast Sandwich that was out of this world.  A lot motorcycle clubs roll through Kent and it can be very loud but this morning there were very few, which was really nice.
To get back to Gaylordsville we rode along the Housatonic River on Schaghticoke Road, which is really flat with a few rollers and nice dirt, Then turned east onto Bulls Bridge and rode into NY towards Dog Tail Corners.  There is a nice dirt road that runs east to west called Wells Road. 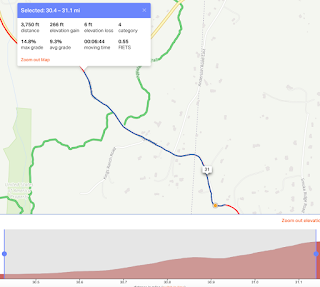 The last big climb of the ride was Hoyt Rd or as Mike put it when turning off Rt 22 was Hoyt F*@king Hill! It's funny, when I plan routes I don't care if you have to climb a few hills to get to dirt roads, its just the nature of the beast. The other alternative was to take Duel Hollow to Byrds Hill Road but that would have added more mileage and I was trying to keep the route under 35 miles. I went this we to minimize having to ride on Rt 39 in order to hit the last dirt road of the route, Newton Road.
I totally missed these cows but Paul spotted them and got a great picture. Nothing like a little cow butt to start the day.
at 5:38 PM