Lake 2 Lake with an unauthorized stop at Ovens of France

This year's Lake 2 Lake was moved to the fall so it could coincide with one of LOF's adaptive waterskiing clinics that was being held at their new location, the Southbury Beach. It's not really a beach but it's on the water and the ideal location for what they do. As with past years I once again helped get the word out and planned the routes, which were 100K and 50K routes. 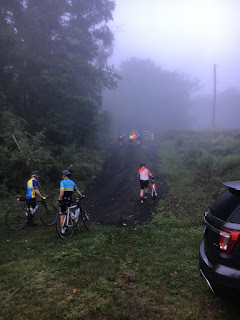 It was a crazy start because the driveway is a 25% grade to the road that you had to walk. It was really foggy but the temperature was hovering around 60 degrees and you know that once the fog burned off it would be a glorious day and it was. 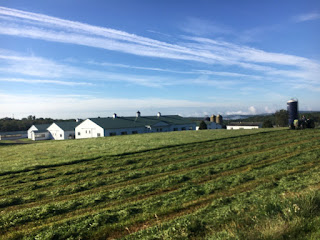 Unlike previous years, this route headed up Purchase Brook to Brown Brook and on into Roxbury. We broke out of the fog just before the climb on Brown Brook but once you got to the top Painter Hill at Topland Farms could you really appreciate it. 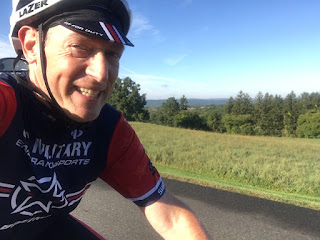 The best view on the ride was from Painter Ridge. 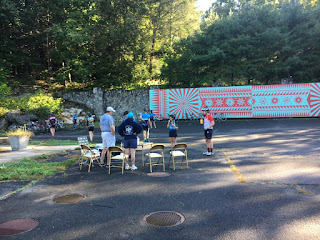 The first rest stop was at the Murals after you turned onto Route 47 from Route 109. At 20 miles, it was the perfect point for a stop to get some food in you and top off the bottles. 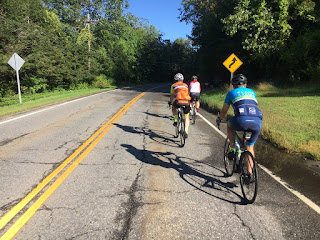 We then headed up Route 47 towards New Preston. This section of road is a flat climb to Route 202 and a stretch that you can really hammer on. Then it was down Rt 202 and up Flirtation Avenue to Lake Waramaug. 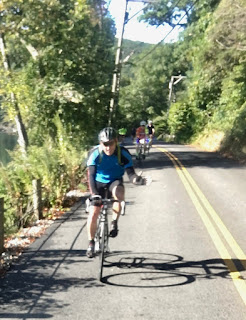 Apparently Brendan, pictured above, as well as Scott, have never ridden around the lake before and it was on their bucket list. 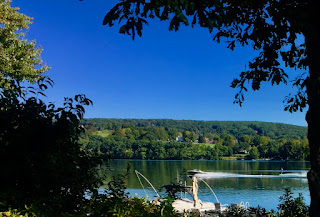 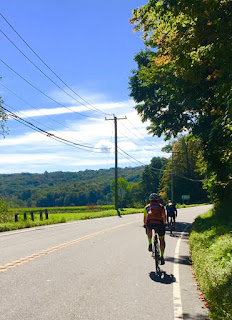 The climb up to Warren was equally nice and then ripping down Rt 341 was refreshing. After turning onto Rt 202 we climbed up and then turned off onto Looking Glass Hill and climbed some more.  I had some reservations about this section but it wasn't that bad.  Then we rode over to Rt 209 and then to rest stop at Bantam Lake. 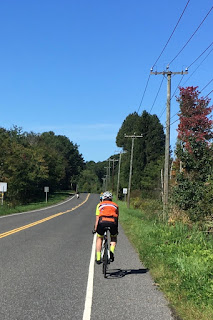 At the rest stop we decided there was no way we were going to ride through Woodbury and not stop at Ovens of France (aka OOF) so when the route turned onto Transylvania Road we parted ways with Brendan and headed down to OOF.

I finally got to try the Sausage and Cheese baguette and it was delish! The French Roast was also a good pick me up. 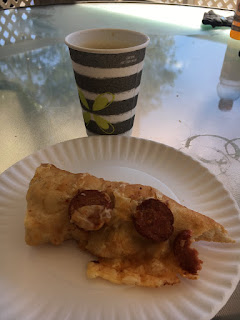 The detour added a mile to the ride and a little extra time but it was totally worth it! When we got back to the beach I broke out the beer and we had BBQ hamburgers.  Brendan also won the free bike!

Looks like someone in his family is getting a new bike