It's not just a ride, it's an adventure!

What I really like about this ride is that every year it's a different route and there are no crazy climbs like what you would find at D2R2 or one of those Vermont gravel races. This ride combines just enough challenge with some great scenery to welcome in the fall gravel grinder season. 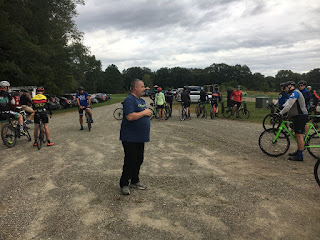 The pre ride briefing was held promptly at 8 am and then we were off! 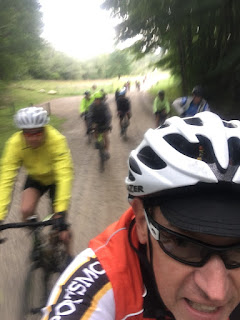 Joining Will and I today was Tim McGrath who we met a few years back while camping with Mike Sage-Robinson's crew at D2R2. I thought it was going to be a lot warmer today, at least that is what the forecast had predicted, but the hurricane that passed by in the night was drawing colder air down from the north which kept it chilly as the day wore one. 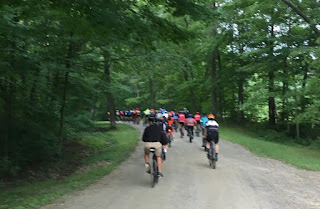 As I mentioned before, each year the NERAC guys who put on this event, change up the route and this year it was really different. After bombing through Boston Hollow and heading into the Yale Forest we turned onto the Axe Factory Road(?), which is actually a dual track trail through the forest. Tim and I made a wrong turn and Will called to me about the error so I turned back but Will was long gone. We met up with Will later at the first rest stop. 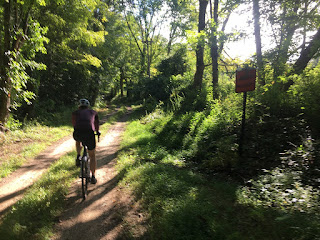 A big change in this year's route was the first rest stop being at the Our Companions Animal Sanctuary, which has always been the last rest stop on the previous rides.  There, I ran into Laura Kelly who happens to be friends with Steve Taylor, someone I met via Instagram who spends a week at Sticks and Stones riding gravel in Western Connecticut. We have ridden together during the past two years. Laura also introduced me to her friend Gail Harris who is an avid gravel rider and wants to learn more about the gravel roads in Western CT because it's part of her work territory so I am going to introduce her to my Roubaix to Brew Gravel Map. 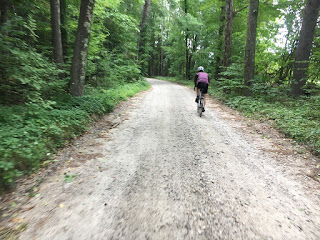 The route took us north into Woodstock and Union. We stopped in at a YMCA camp, Camp Woodstock, where Tim is on the board of directors, for a little break and then headed north again. This would be a great place to have a rest stop if the route comes through here again. 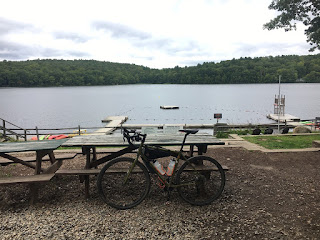 With the previous two rides I was just starting to familiarize myself with the territory, however today I felt like a Stranger in a Strange Land. From Woodstock we worked our way south towards Pomfret and rode a really nice road called Quarry Road. 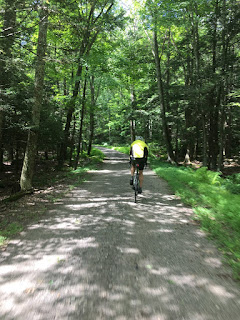 Never saw a quarry, though. It was probably the longest dirt road of the route and it was pretty flat. 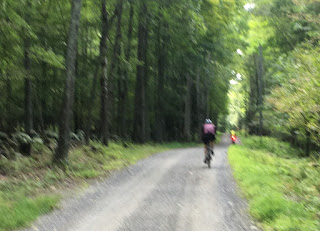 Then we came to some singletrack off of Firetower Road. 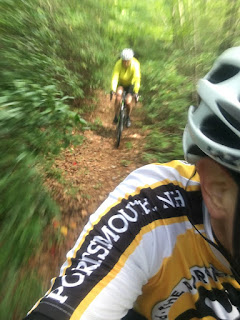 It was totally buff and fun to ride. 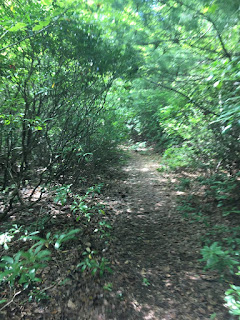 At the end of the trail was another rest stop at Frog Rock. 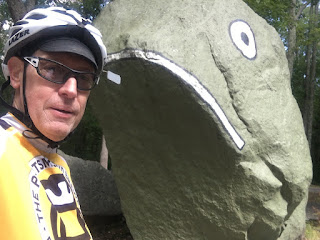 After three miles of all dirt roads we hit the Airline Trail. 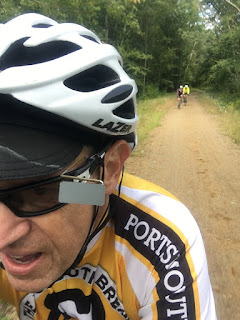 Which is a graveled rail trail that runs from East Hampton, CT to the Rhode Island border 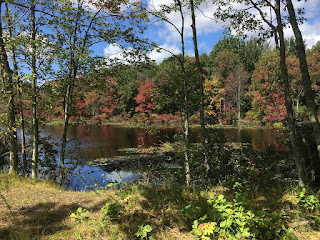 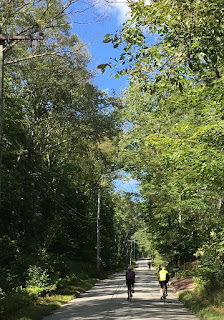 Once at the top and down a ways there was the final rest stop with Maple Syrup shots and Watermelon! From there it was just 6 miles back to the start point.