Roubaix to Brew: 3 States of Gravel

After a long winter and wet spring, by the time May rolled around it was finally starting to dry out a bit and that meant it was time for another gravel ride involving a brewery stop. I wanted to do a variation of last year's Big Elm Roubaix to Brew ride only start in Salisbury and get the big climbing out of the way first.  If you are going to ride dirt roads in this area you have to ride Mt Riga Road and Sunset Rock. However, since we were riding on a Sunday and Big Elm isn't opened on Sundays the brewery destination became the Barrington Brewery. 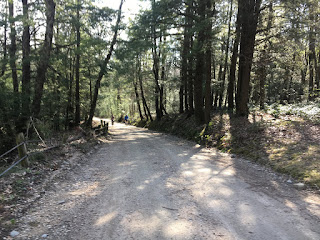 I got a few people to join me that included a fellow Newtown Lunartics rider, Mike, as well Ralph, whom I have ridden with before, and one of his riding buddies, Curt. This ride was also intended for another Lunartics rider who is slowly getting into dirt roads in order to wake him to what it really means to ride dirt roads but he bailed at the last second. 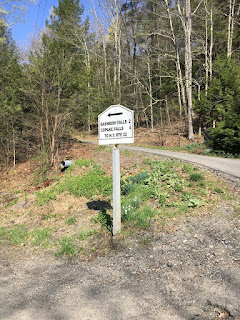 The climb up Mt Riga Road was a great way to warm up for the rest of the ride and a few miles in Mike had a shifting issue that Ralph helped him figure out. Turns out he had a bent derailleur hanger, which is common with Cannondale CAADX bikes. The hangers are really soft and if ever bumped will quickly fall out of alignment. 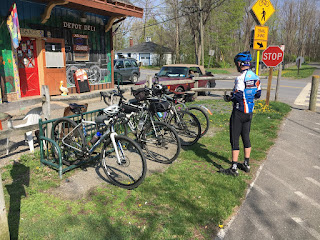 Descending down through Bash Bish to the Copake Depot was really chilly but once out in the sun at the Depot Deli we were able to warm up, get more water, and put a little more fuel into our bodies before tackling the steepest dirt road climb in the area, Sunset Rock Road. 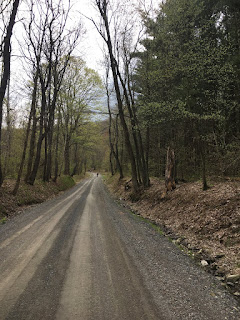 At the onset of the climb up Sunset Rock I quickly fell behind.  Being a seasonal allergy sufferer, it was hard a little hard to breath and my eyes were watering profusely. 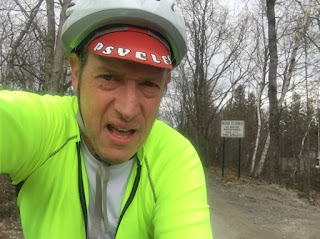 I finally made it to the top of Sunset Rock, albeit really slow, but I didn't walk.  The road was in pristine condition and if you are planning on ever riding D2R2 you need to ride these two roads to give you a taste of what it will be like. 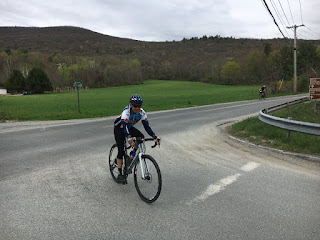 The descent down behind Catamount was refreshing and cooled us off.  Instead of turning right onto Jug End Road, we turned left and headed into an area that I have never ridden before with new dirt roads to try. It was also the dirtiest route to Great Barrington, this side of the Housatonic River. 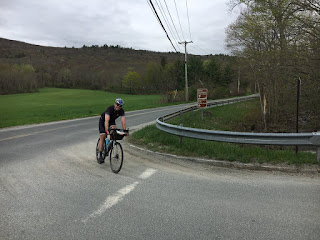 The dirt roads that I found leading up to Great Barrington all went through and were really good. 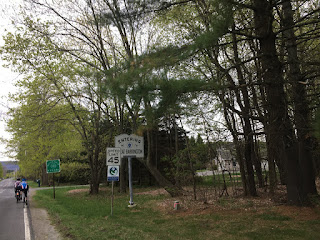 This part of Housatonic River Valley really flat and gave us the opportunity to make up some time. The weather, on the other hand seemed to be changing. It started out partly sunny when we left Salisbury but now it was cloudy and the clouds seemed to be getting darker. 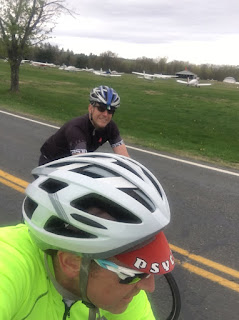 Before turning onto Route 7 we were riding along one stretch of road that was wooded to south. Suddenly, I noticed this small black thing just inside the tree line and I didn't realize it was a bear cub until Ralph shouted out bear.  Realizing it was a bear cub and that it's momma must be nearby we picked up the pace to get out of there quickly. 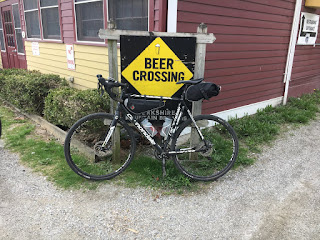 We got to the brewery just in the nick of time because after we parked our bikes under their fest tent the heavens opened up and it started to pour!  We were so lucky that they had the tent set up but weren't serving outside yet. 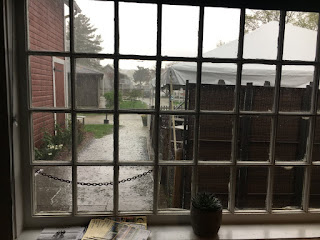 It poured for at least an hour and a half.  The forecast did call for a 20% chance of rain so it appeared we were in that 20% chance area.  We decided to stick it out until the heavy rain moved out of the area. 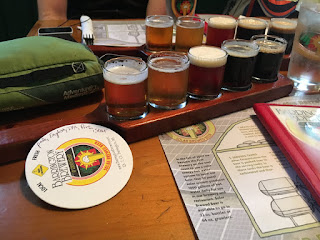 Of course, this meant more time for lunch and to sample their beers.  I had a flyte consisting of their American Pale Ale, English Bitter, American IPA, Porter and Stout.  Of the five beers I sampled I filled my half growler with the porter for just $5!  It's funny but it seems only in the Boston area is where the micro breweries will only fill their branded growlers with their beer but here in Western Mass, you can show up with just about any type of container and they will fill it. 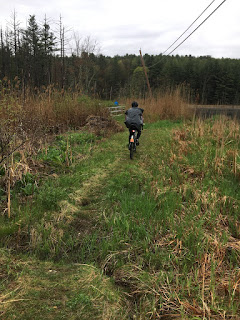 Getting back on the bike after lunch and 20 oz of beer was kind of tough, not to mention the temperature had dropped 10 degrees. Fortunately, I had a cycling jacket which kept me warm, while Ralph and Curt both had plastic garbage bags.  The ride up towards Beartown State Forest was a steep climb up Blue Hill Road and then the road continued into a preserve that was really grassy and full of ticks. 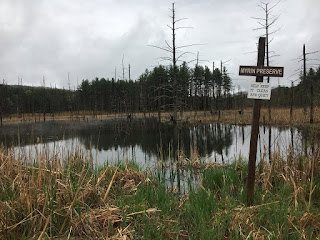 It was a tough slog up hill because it was really wet and traction was really pour.  We walked some sections and rode others and by the time we got back to the paved portion of the road again it was time to take off all the snivel gear. 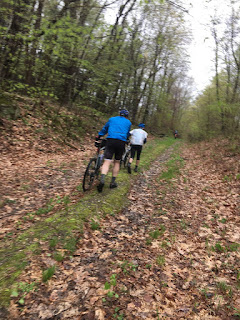 I had never ridden this road before but knew it was a climb and it was a big climb!  A couple of turns later and we were in Beartown State Forest and riding the dirt roads that the Fall Folliage Gravel Grinder has used over the years. 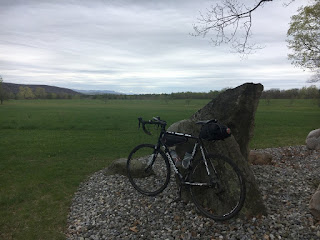 Right before descending down into New Marlboro there is a driveway to someone's house that has the interesting rock garden configured and is a perfect vantage point to look down the valley. 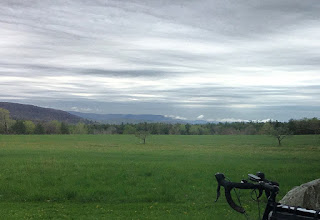 From this point you can see Mt Frissel and Mt Everett.  Of course it looks way better if it's sunny.

I call this view the Sound of Music because it reminds me of the lush, green valleys, of the Austrian Alps when I lived over there.  The picture above was taken on the first running of the Fall Folliage Gravel Grinder (F2G2) and when ever the route goes through this part I make sure to stop and take a picture. 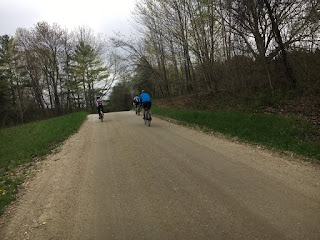 From here, we rode the dirt roads down through New Marlboro, where at one time was my home away from home during the winters and where I skied at Butternut throughout my high school years. Then we made our way through all the dirt roads through the Sheffield plain and back down into Connecticut and road Between the Lakes and then back into Salisbury.