New Hucks on the Gussy

Since I still can't ride, I headed out to Upper Paugussett with my son Brodie to do some geocaching and check out some of the new hucks that have developed on the Upper Gussy Trail.  I think it's been 9 or 10 months since I have been in the state forest, and of course that was on my mountain bike. 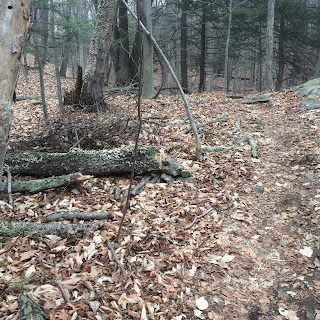 The first thing I noticed was some new trees down at the top of Sandy's Re-Route.  It was an rotten tree and someone cut the tree with a chainsaw (thank you).  Also, pictured above, someone made a nice log ride, only you have to ride through some low hanging pine branches.  The tranny could be a little better but I suppose it works.

Brodie and I were falling the compass on the GPS to geocache that was on the Blue Trail and I happened to notice a line that people appeared to have riding.  A first, I thought it was making the linkage over to the blue trail - there used to be a trail that connected these two areas but it's long gone after no use.  Still, the line seem to end and then I found it!  OMG, what a huck!  And there is a nice kicker, too! 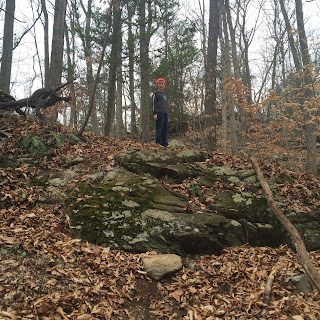 You will never catch me on this one! 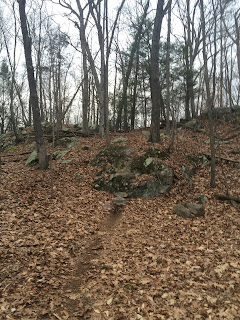 Walking back from the geocache, Brodie and I were walking back on the Gussy I found another insane roller. 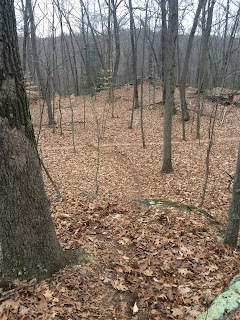 I think this one is bigger than the one at Sandy's Reroute. 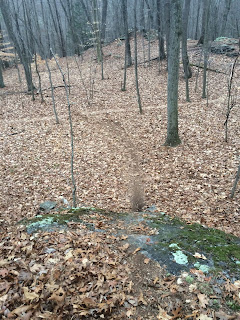 This roller is closer to Sanford Road side of the trail 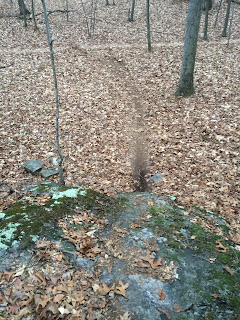 And it's pretty steep! 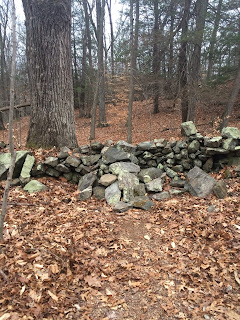 The last morsel is an up and over on the stone wall that we broke through to put the Gussy Trail in.  It's really nice and looks like it's getting a lot of use with all the chain ring scratches. 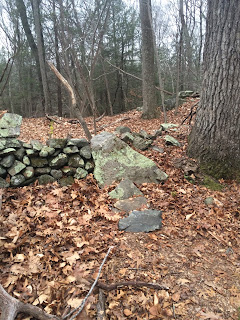 I think after my ribs have healed up I am going to have to get back on the mountain bike again.
at 11:02 AM