What a way to finish the 2015 cycling season but with my first crash on my road bike.  Our local cycling group had a few new guests and we were having really great time, too, despite the cold weather. 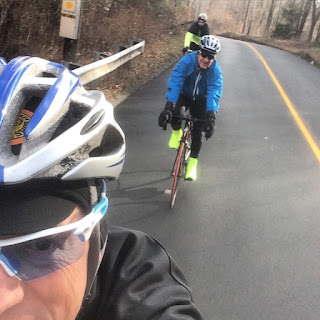 We were riding the Sunset Hill Route, only this time we road up over Castle Hill and then hooked around on Tauton Lake and then took Plumtrees down into Bethel.  It was great to discover that Plumtrees had recently been paved and the Black Butter was simply delicious! 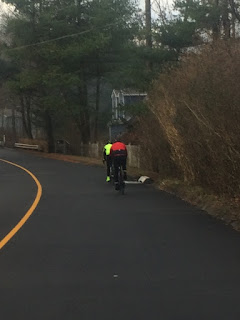 The climb up Sunset Hill went well but it was heading down through the hairpin turn where disaster struck (me).  Going into the turn, I had too much speed and it happened so fast but all of a sudden my rear tire went out from under me and I was sliding on the road towards on coming car.  Fortunately for me, the driver was going slow and stopped right of way.  All I can think of was I hope I stop in time. 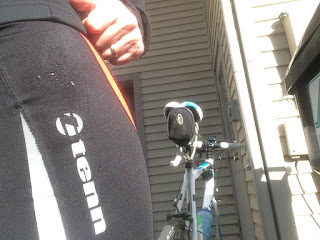 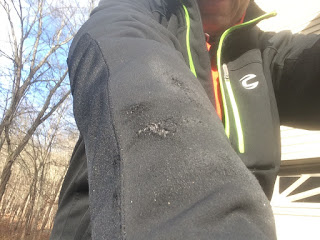 Riding down to the bottom of Sunset Hill, I split off from the group and headed home.  Paul and Gavin stuck with me most of the way.  While my hip and forearm hurt but injuries felt superficial and I was fine riding.  My only concern was the ribs. 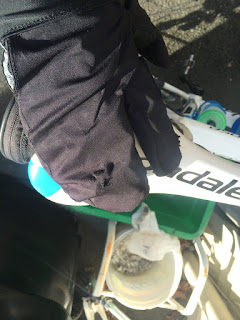 When I went down, I was in the drops so I think I instinctively shielded my chest with my the flat part of my arm and my hip was probably second to the pavement.  My right hand caught some the pavement, too, and getting hope I found my knuckles were a bit bloodied. 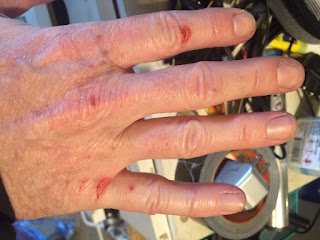 After showering I went right to the ice.  Right side of my chest hurts but no burning pain when breath deeply, which tells me no broken or cracked ribs.  Maybe a little bruising but nothing I haven't dealt with before.  Looks like I might be riding the trainer for awhile now and skiing with probably be out of the question for the next week but we'll see how I feel in a couple of days.