I have yet to get back on the bike due to my bike crash late last year but for the past couple of weeks I have felt good enough to ski and one thing I wanted to try this year was uphill skiing.  This is my second year on Telemark skis and it's a such a blast!  Every turn is a learning experience. 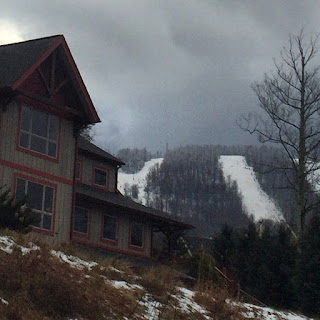 I have my son enrolled in an adaptive racing program at Windham Mountain through the Adaptive Sports Foundation.  Last year we were going to Jiminy Peak every week for their racing program but Elliot grew out of that program which has brought us here.  The big difference with ASF is that I can't shadow Elliot like I did last year so while he is off shredding the trails with his guide I have some time to kill. 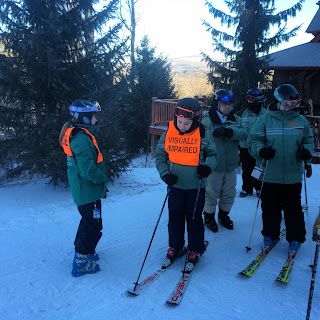 So, I bought an Uphill Seasons Pass at Windham, which means for $25 I can ski up and down the mountain, I just can't use the lifts.  When you have skins, why would you even want to use lifts?  It sounds like cheating! 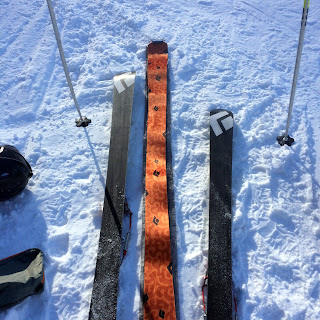 Similar to the scales you get with waxless cross country skis, skins let you walk up a slope without sliding backwards.  In fact, they are far better than scales! 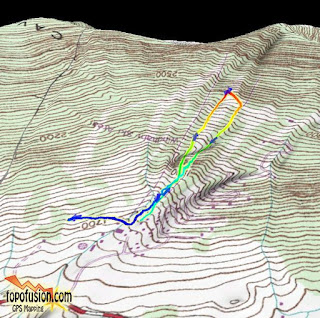 My first outing was on a particularly warm Saturday afternoon on Martin Luther King, Jr's Birthday weekend.  My first skin was up Lower and Upper Whirlwind and it was basically straight up and I got really hot, really quick! 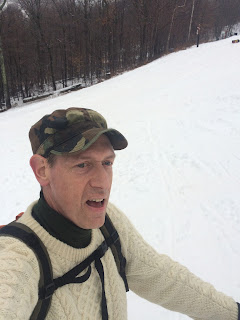 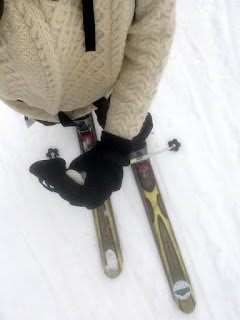 I went out wearing a t-shirt, turtleneck and a wool sweater and half way up I was sweating profusely. In my ruck sack I am carrying water, a parka shell and my helmet because I knew going downhill was going to be really cold. 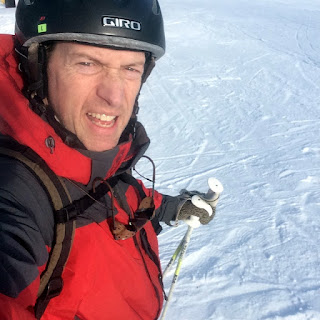 But the beauty of this type of skiing is getting access to closed slopes!  After this climb, my down hill selection resulted in finding a slope that the upper part had snow making on it which seemed to be deterring the other skiers from this particular slope. 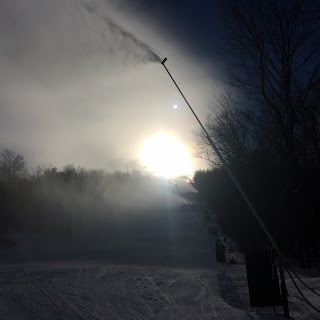 Thus giving me the entire lower section of the slope open to make some really good turns! 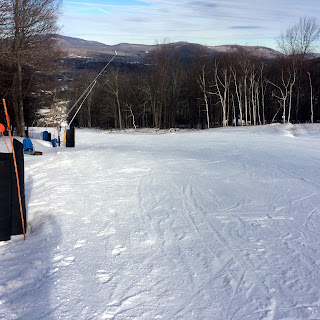