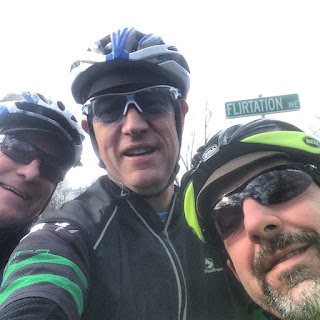 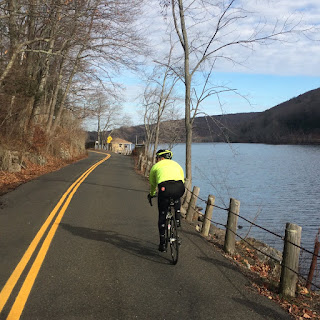 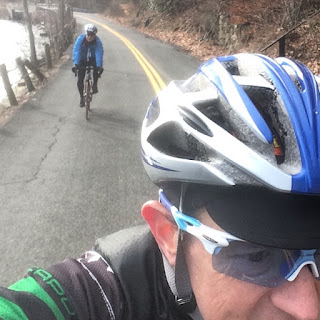 This was going to be Gavin's biggest ride all year 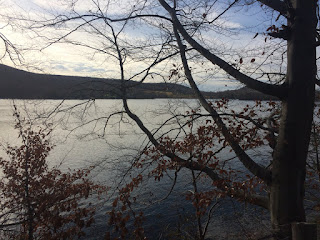 The lake and roads around it were deserted 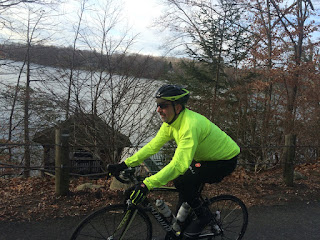 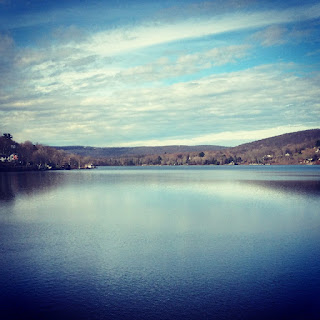 December 26th, 2015 and it's 45 degrees
and there is no snow in the Litchfield Hills 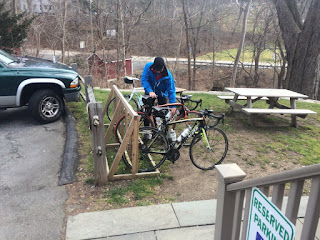 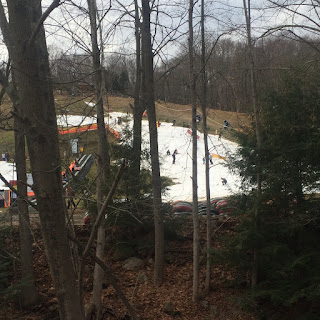 On the way back to Newtown, we rode down Nettleton Hollow and then
down Rt 47, pass Woodbury Ski Area and they had some snow!
Machine made, but snow is snow!