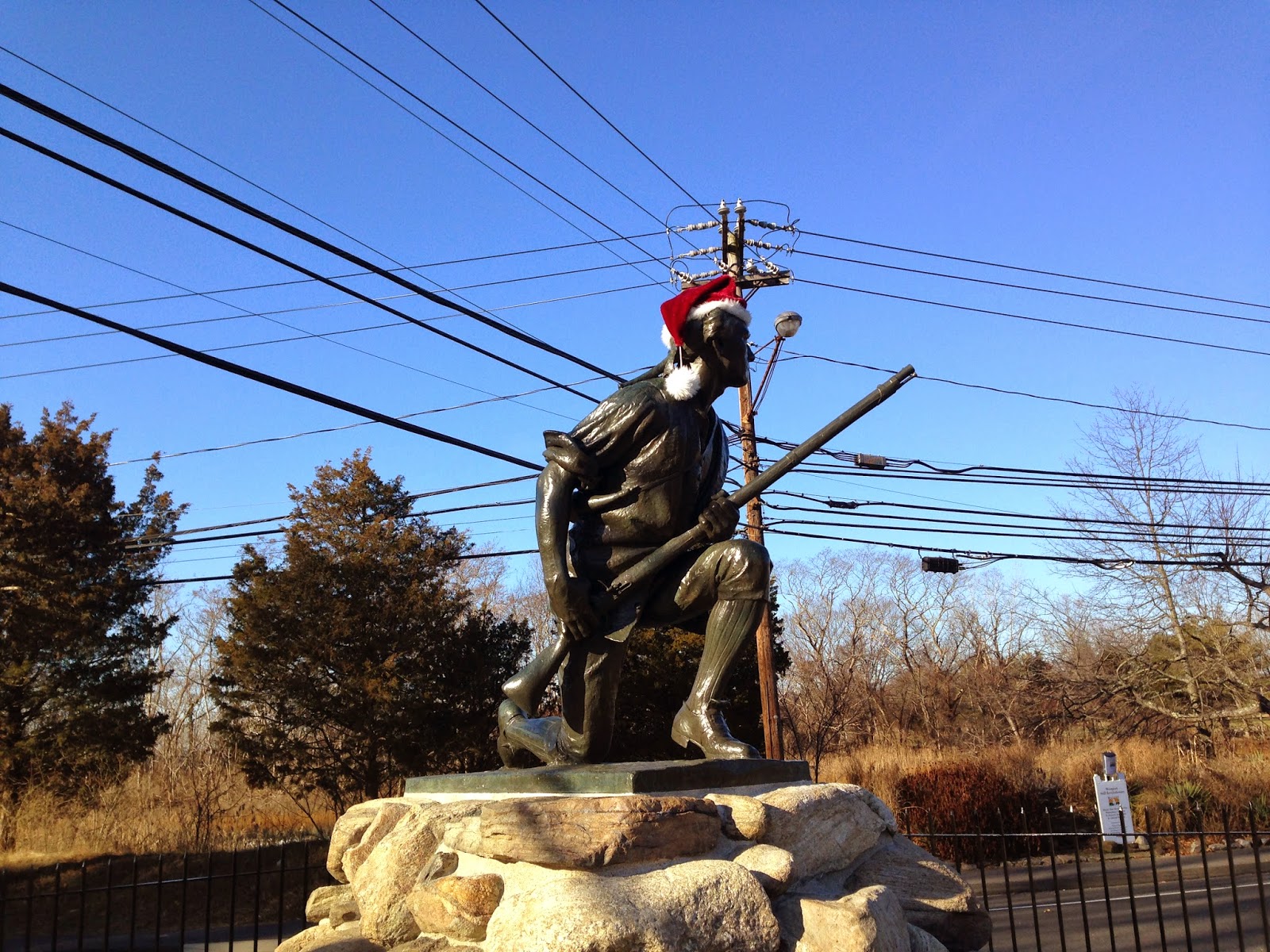 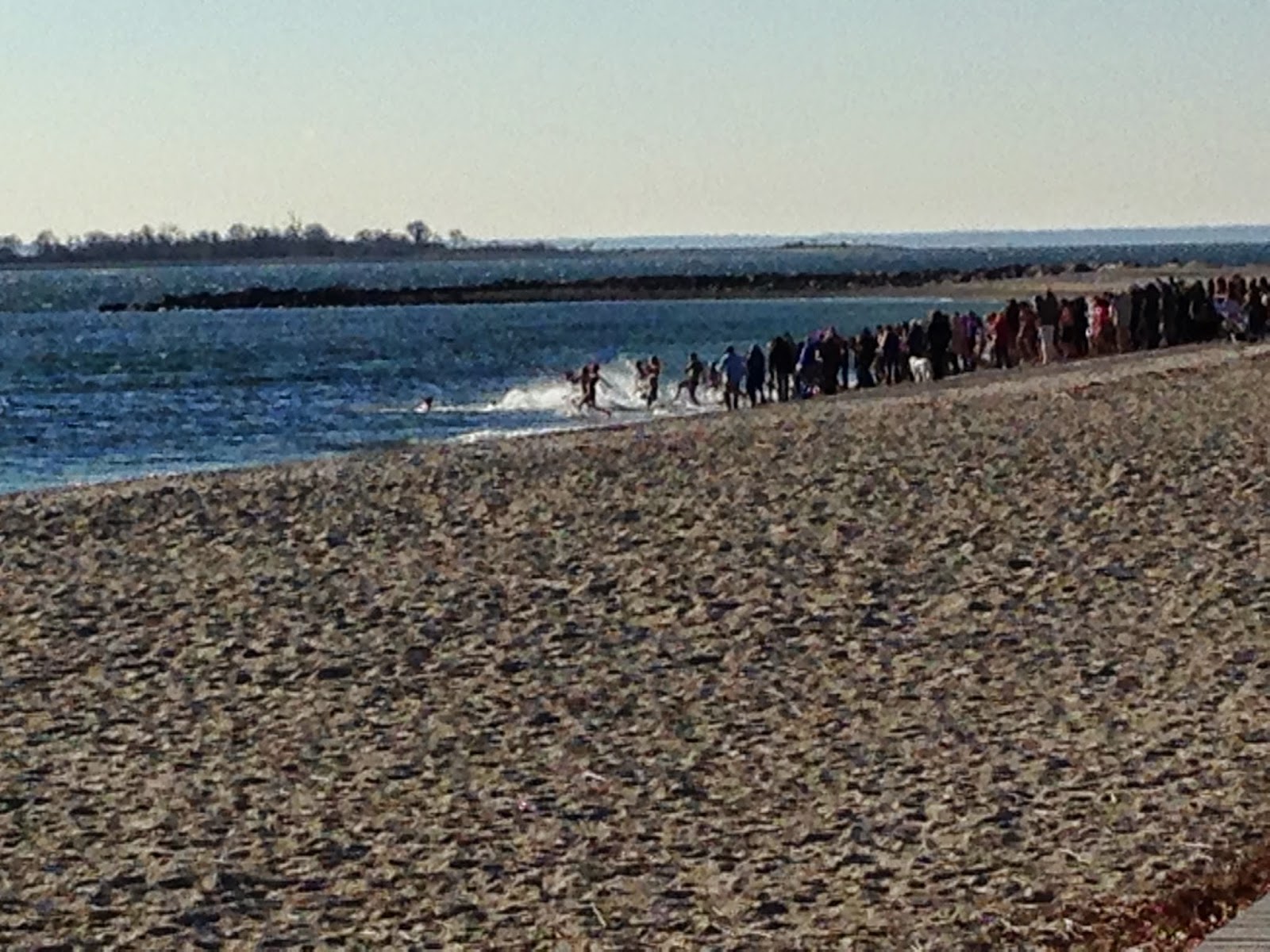 While trying to warm up in the sun I noticed a crowd of people and some cameras off by one of the bath houses looking like they were setting up for a Polar Plunge.  Ugh!  No thanks! 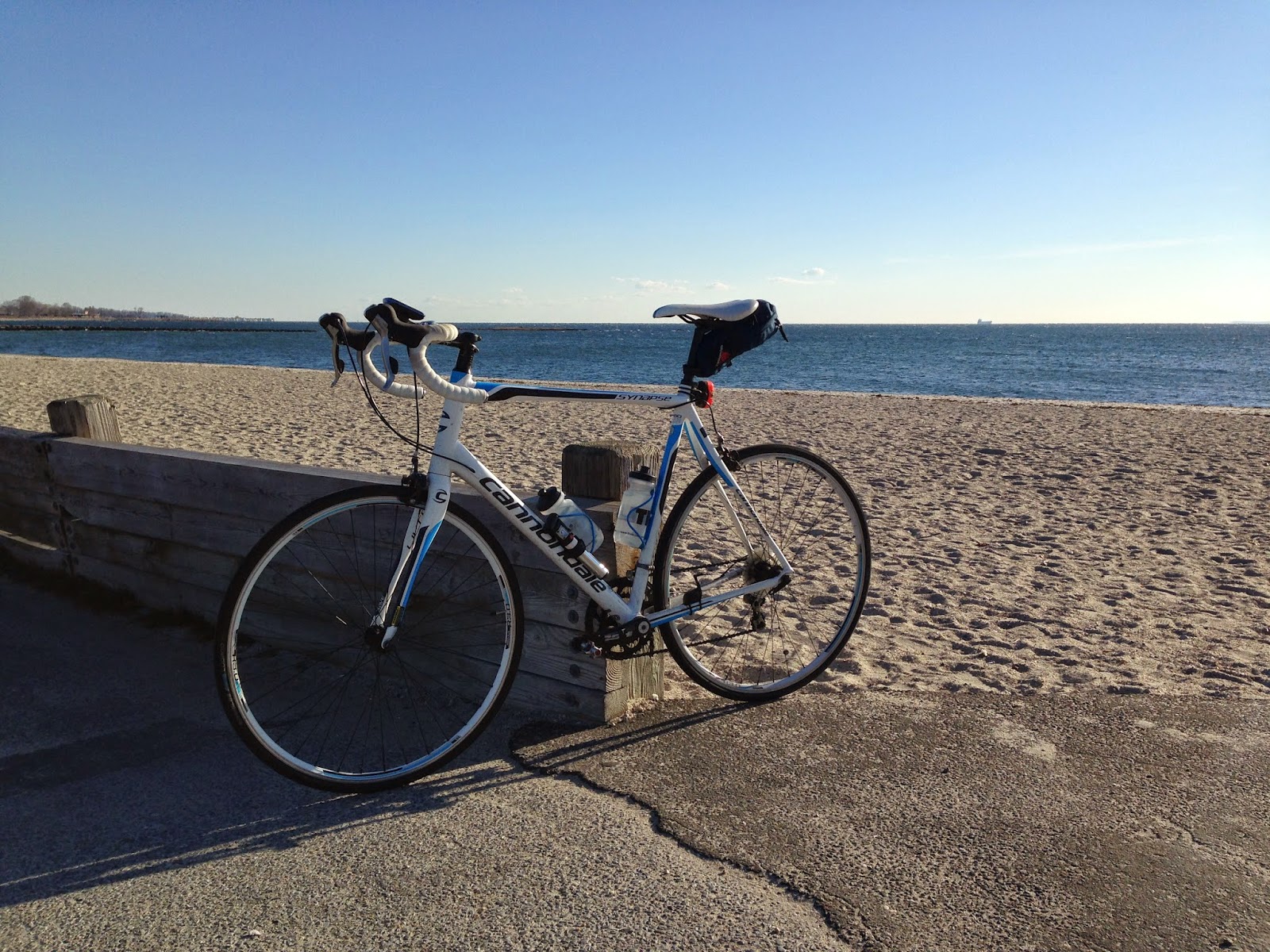 I finally warmed up enough in the sun despite the wind to ride back to Trumbull.  Once leaving the beach area my route took me to Long Lots Rd which is a nice straight, gradual climbing route all the way to the Fairfield town line.  On Burr Street, the real climbing began and then the descent on Congress Street sapped any and all heat that I had in me down to Black Rock Turnpike.  I got some of that back on the other side of the valley in which Congress climbs up. 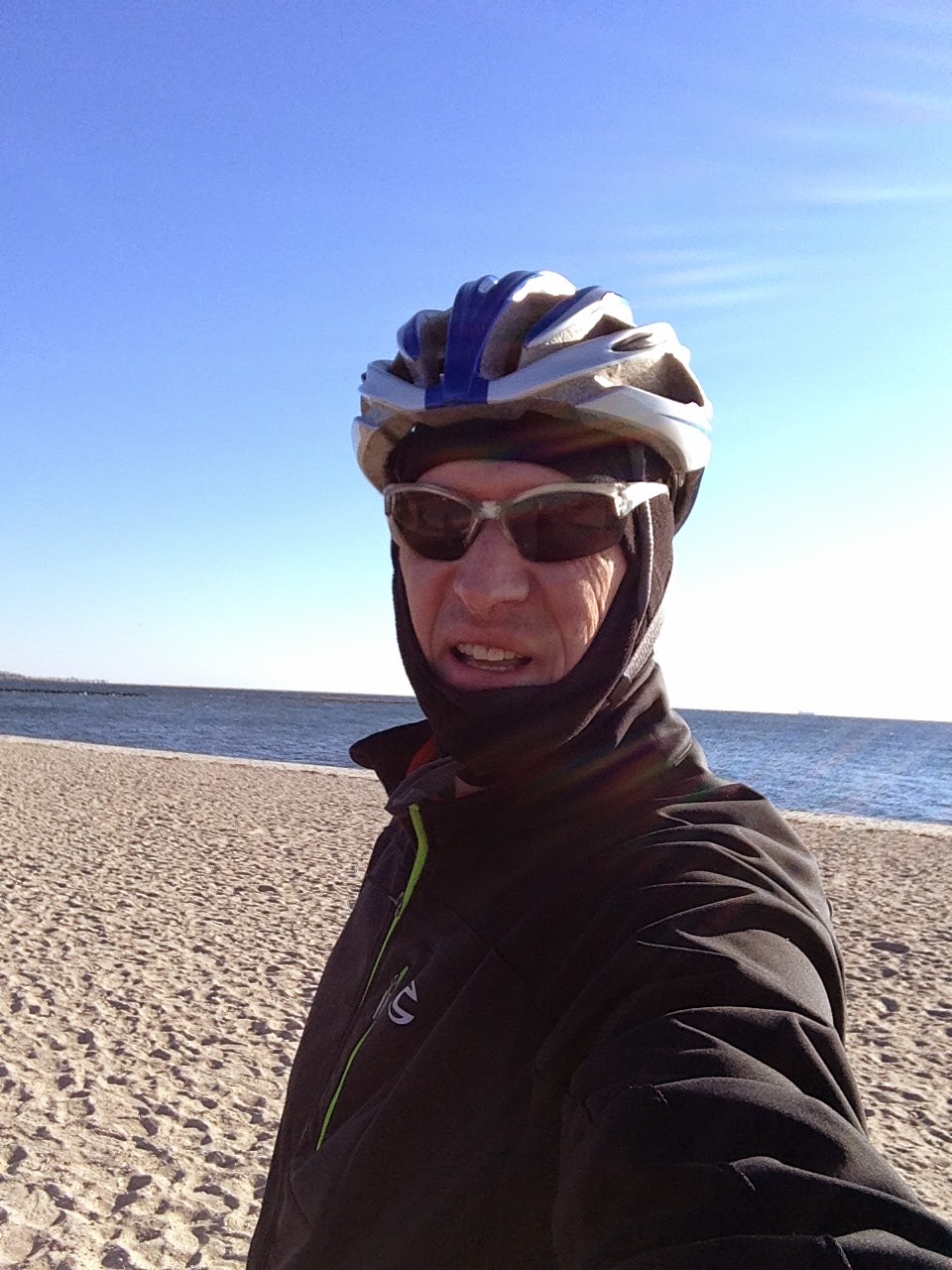 Rode past the General Electric Headquarters but didn't stop for a picture and then rode up into the northern section of Bridgeport before turning north again on Madison Ave and heading back to Trumbull.  It was a great ride on a spectacular day to reign in the new year!  I will definitely be adding this route to the play list when ever I am staying over at the in-laws.